The inside of the town church contains a plaque commemorating US aviators.

Place Pasteur , Wavrin , 59-Nord , Nord-Pas-de-Calais , France
Take the D48 W from Lille then turn SW on the D341 then D241 to Wavrin. Find the main square to the SE. The monument is in the church.
In memory of Lt Bennett US Aviator

1st Lt Louis Bennett Jr., US pilote engaged in the Royal Air Force's 40th Sqn was shot down on August 24th 1918 over Marquillies after taking down two enemy observation balloons. Promoted to 1st Lt on March 1918, he was on the front less than 10 days between August 15th to 24th and shot down three planes and nine observation balloons. After his crash he was brought to the field hospital at Wavrin where he died of his wounds the same day. He was buried with full military honors by the Germans in their own cemetery.
To commemorate the first anniversary of his death, his mother built a temporary church to replace the one blown up by the Germans. A monument was placed at the entrance of this church that was damaged during WWII. Today only one commemorative plaque hangs in memory of the aviator. The engraved name is misspelled.
Sources: Yale in the World War Part One. George Henri Nettleton. SE 5/5a Aces of World War I Norman Franks.

Notified by : Michel Coste.   Record added 25/06/2013.
Photos : Michel Coste (06/2013).
The photos are under copyright. They may not be reproduced, modified, distributed in any support without prior permission.
You are free to make links to this page. 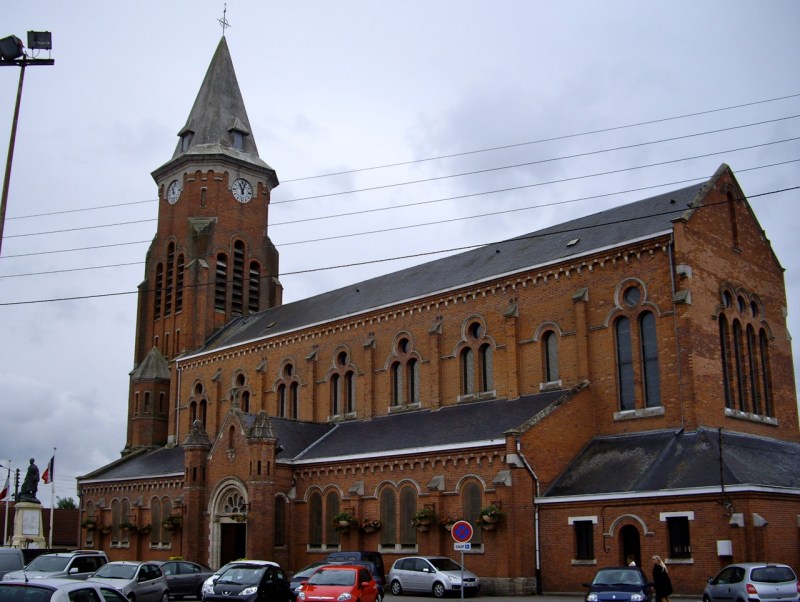 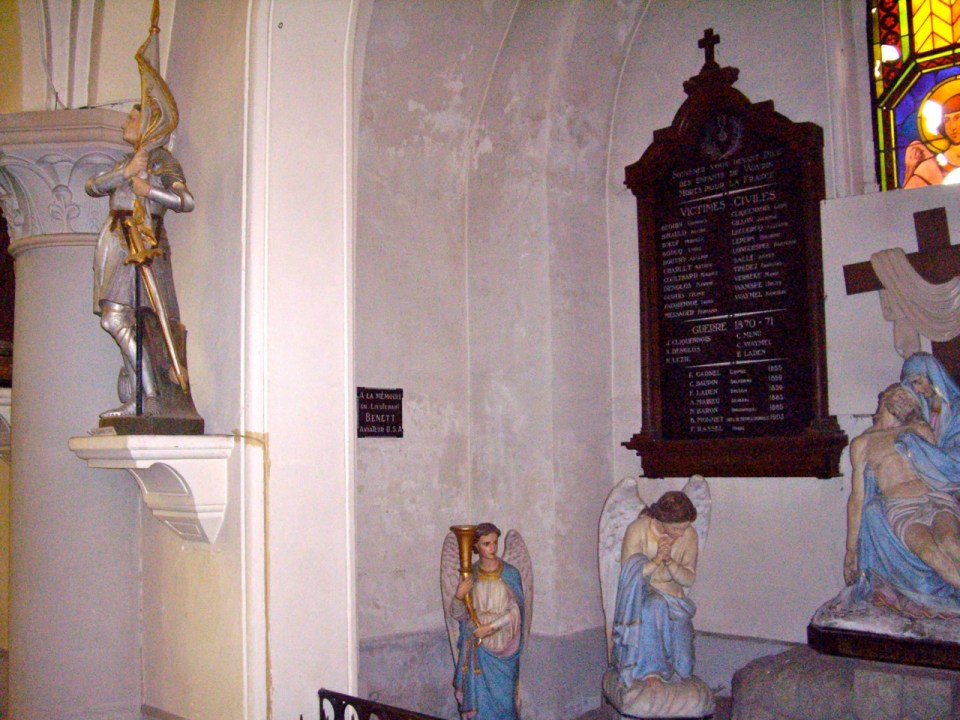 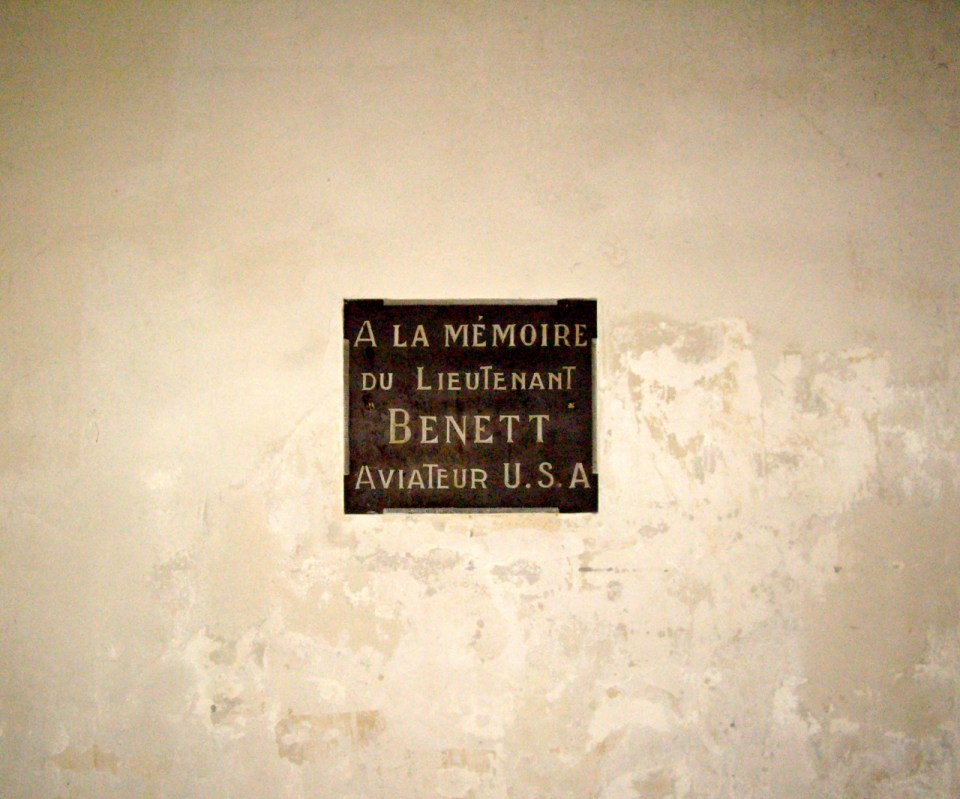