A rock with a plaque commemorating american aviators surrounded by a low wall.
Alongside the D613 between Vaucelles and Tour-en-Bessin
A13
In respectful memory of those who gave their lives for liberty

From the advanced landing group A13
built by the 846th Air Engineers Battalion
of the 9th US Air Force, were operational: 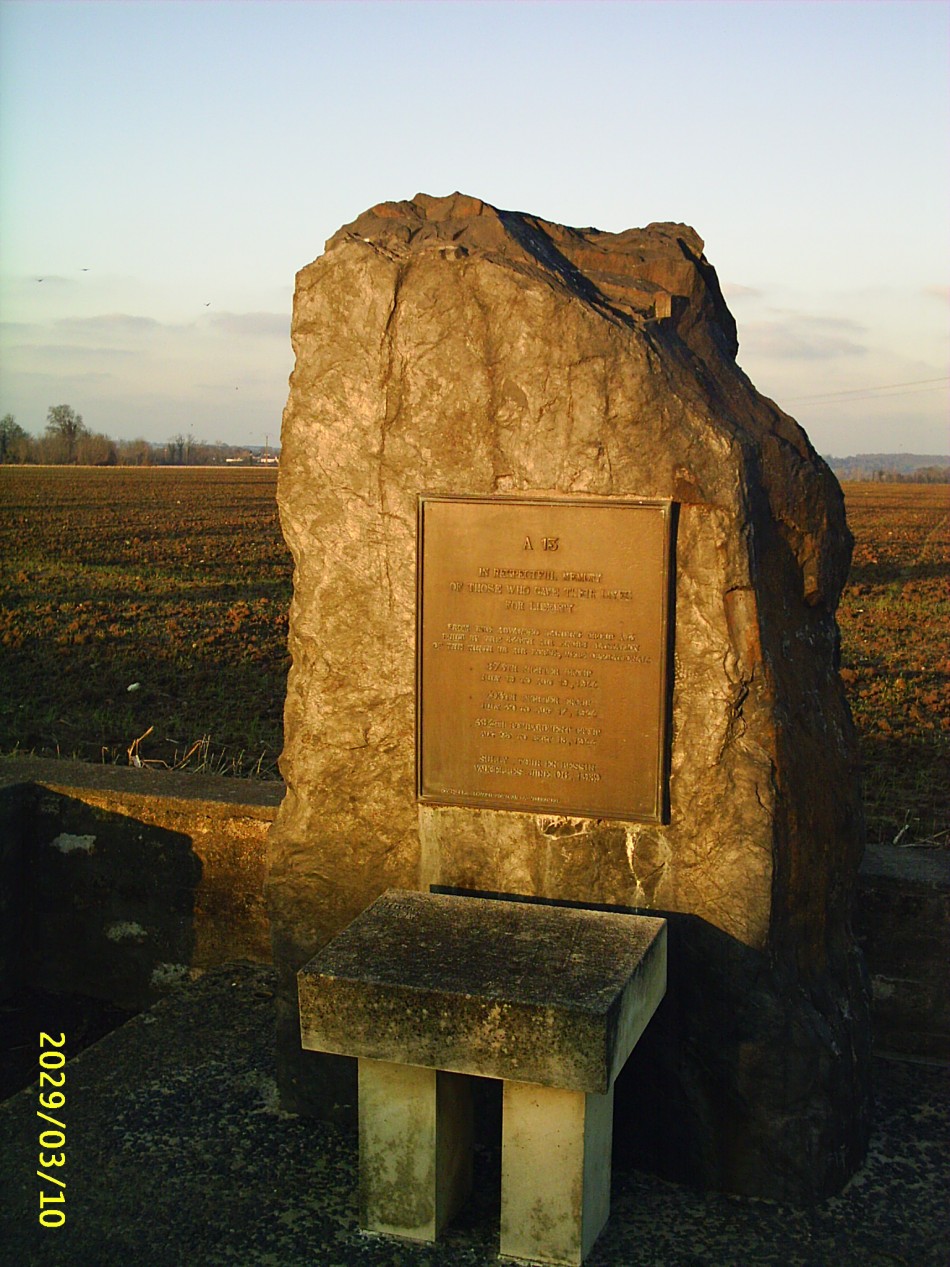 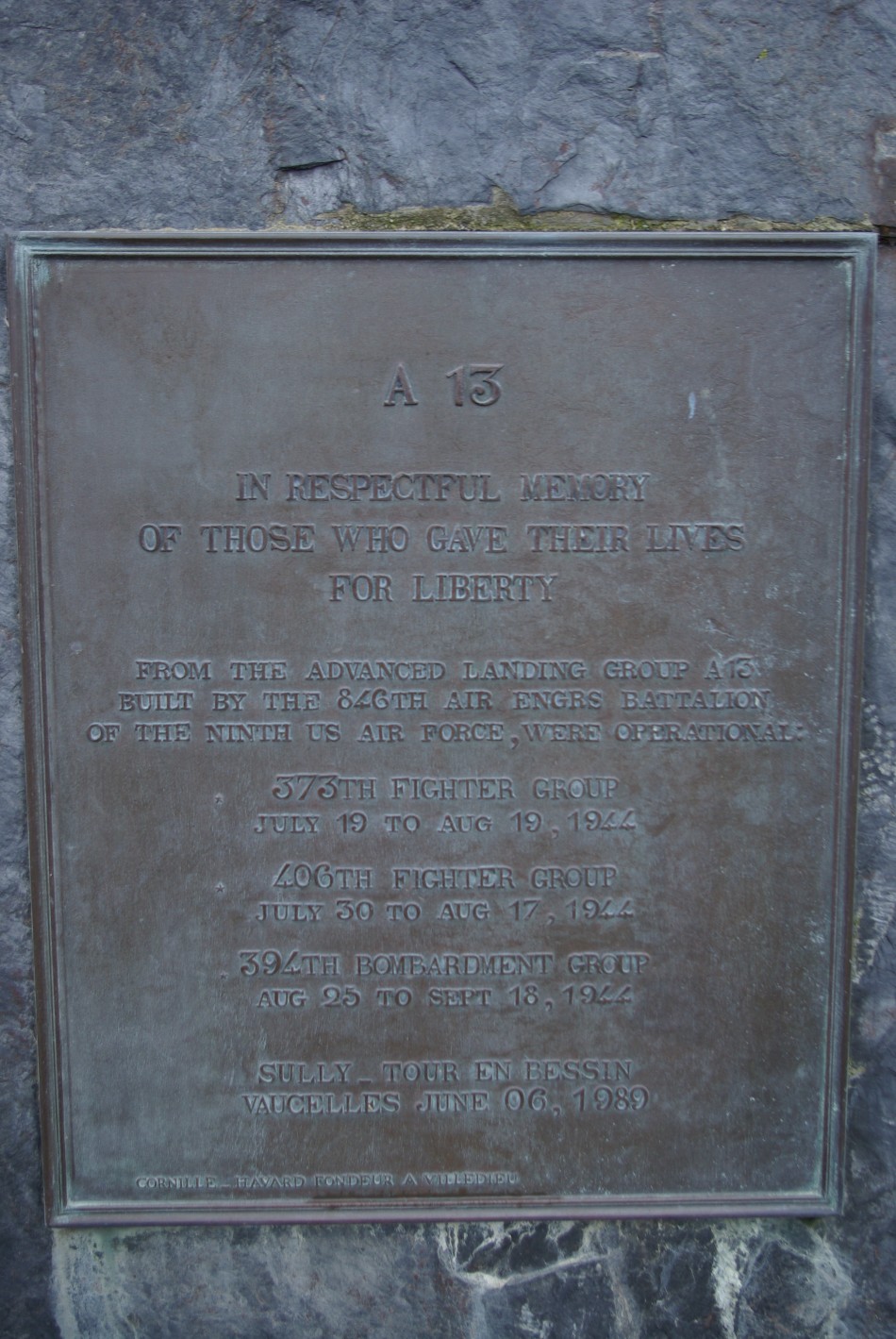