On the W side of Le Bourg facing the town church, a small stele by the town war memorial commemorates an american aviator.
Take the A84/N175 N from Rennes to Avranches then the voie de la liberte/D7 N until turning E on D573/D473 then N on D175 then E on D39 to Sainte-Pience. Turn N in town on Le Bourg road and the monument will be on the W side.
In memory of American pilot Lt Harry S. Katoski who fell during the liberation of Sainte-Pience on 07.26.1944
388th Fighter Squadron, 365th Fighter Group P-47 Thunderbolt pilot who died on a bombing run.

Notified by : Philippe Bauduin.   Record added 12/09/2010.
Photos : Philippe Bauduin (08/2010).
The photos are under copyright. They may not be reproduced, modified, distributed in any support without prior permission.
You are free to make links to this page. 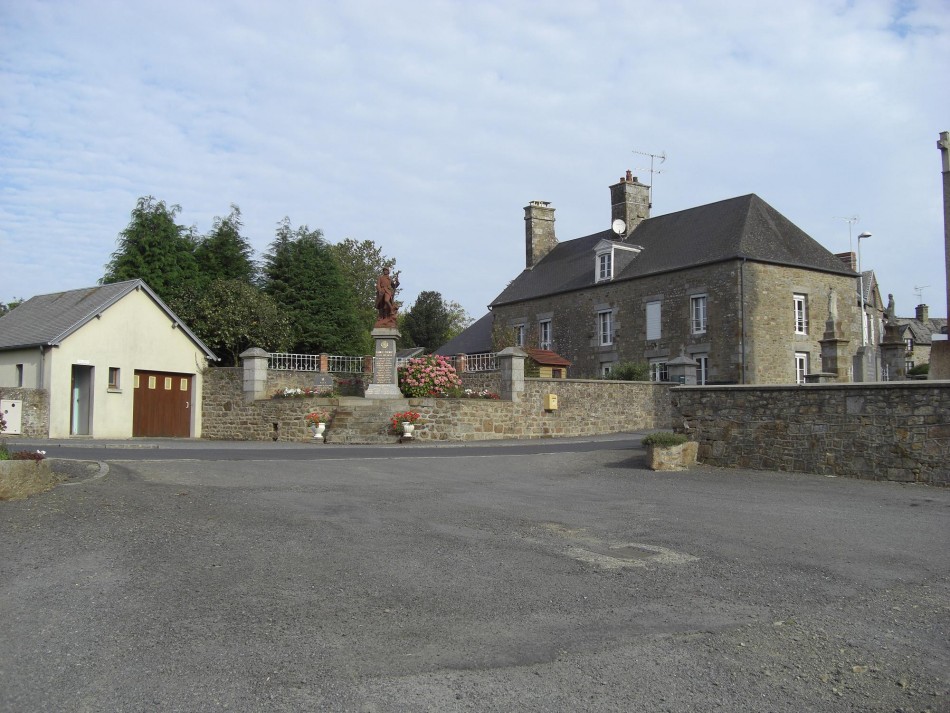 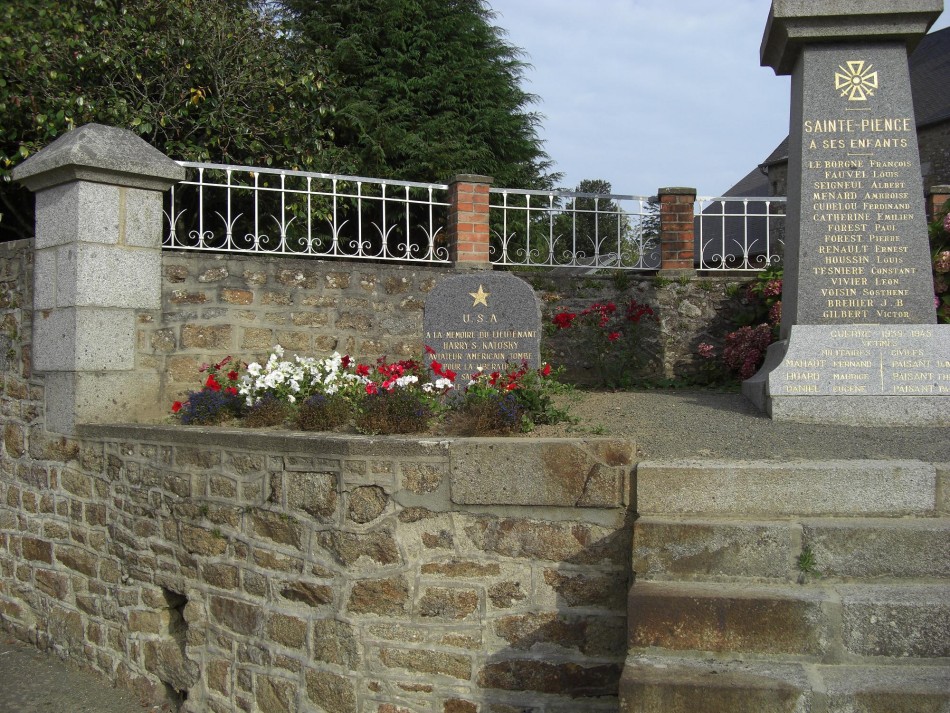 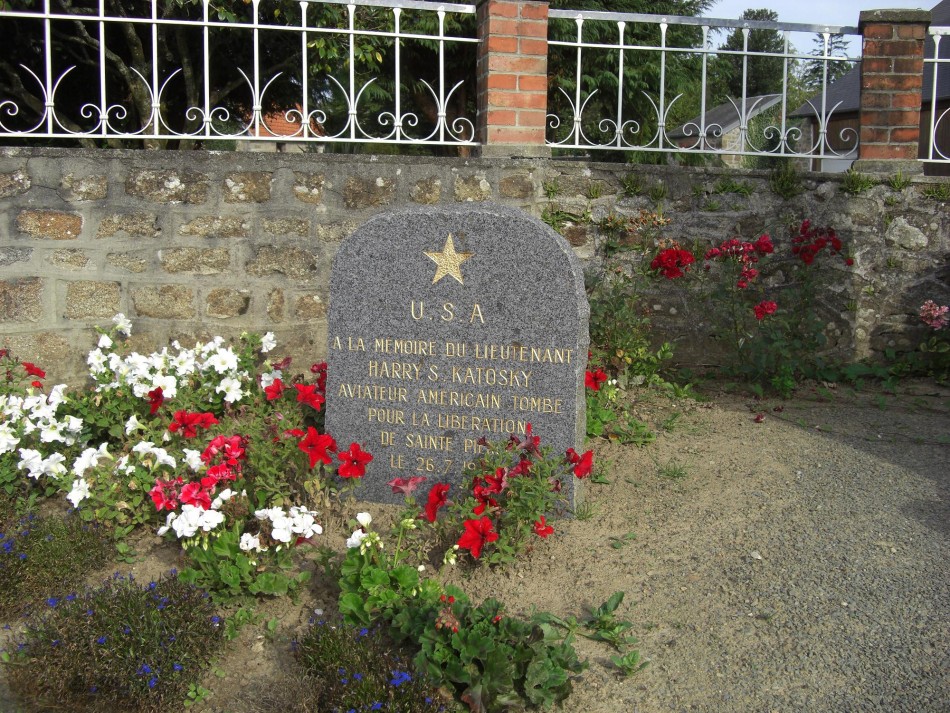