A stone monument on the side of the road commemorating OSS operators.
Southbound on the A20, take the D804 westbound through Blazy until it turns into the D703. Take that westbound until you turn right onto the D61B at Le Cingle. Take the D61B north then west until the left then right onto the D47. Take the D47 until you see the ch'tis camping ground on your left. Keep going and take the first right to Proissans. The monument is on the side of the road.
Here, in the night of June 10th, 1944, Americans McDonald Austin and Jacob Berlin, as well as the Frenchman Raymond LeCompte, parachuted in. They were sent from London to bring the Salardaise resistance their technical expertise.

Notified by : Marie Baud.   Record added 15/05/2012.
Photos : Marie Baud (2012).
The photos are under copyright. They may not be reproduced, modified, distributed in any support without prior permission.
You are free to make links to this page. 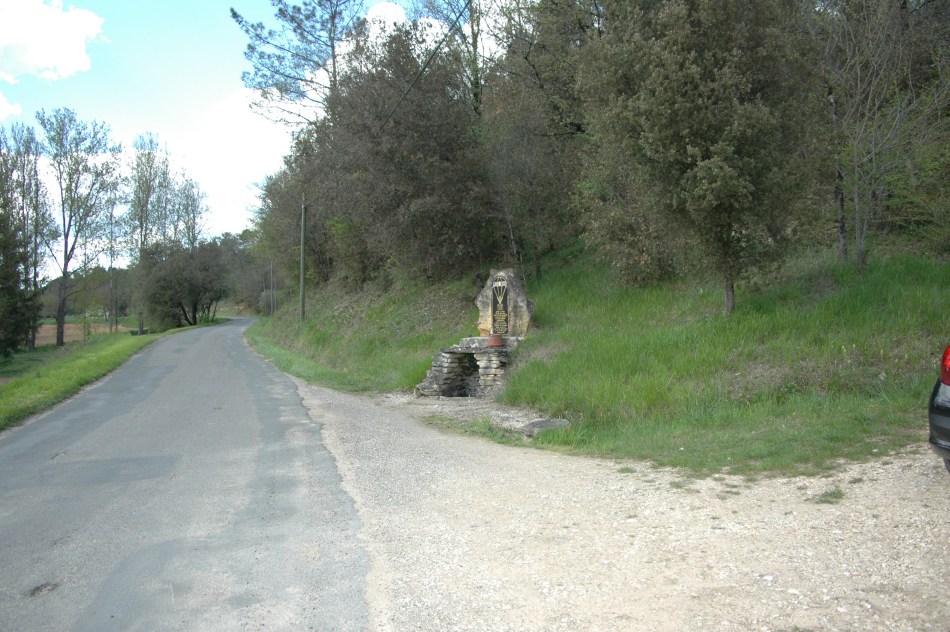 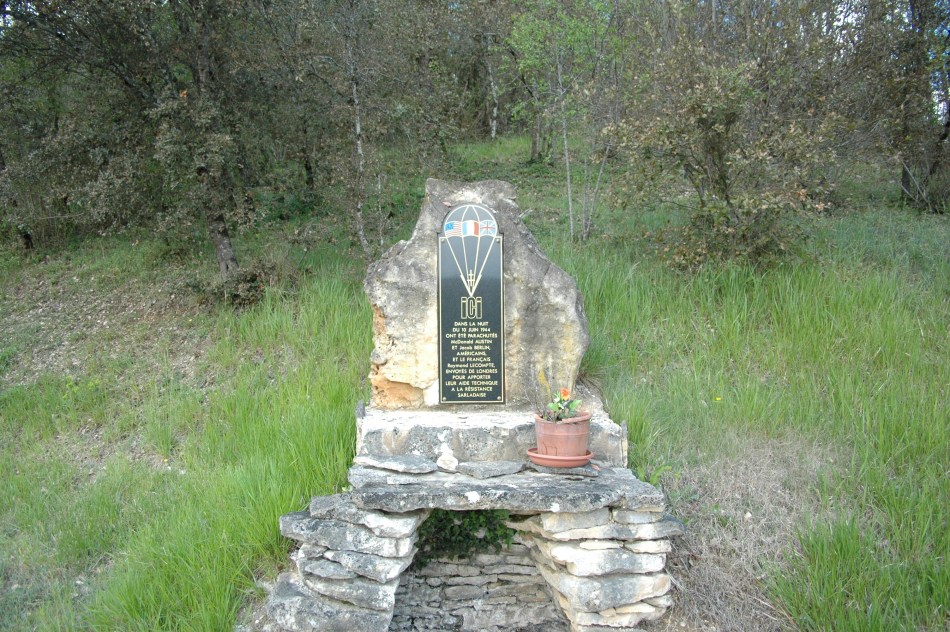 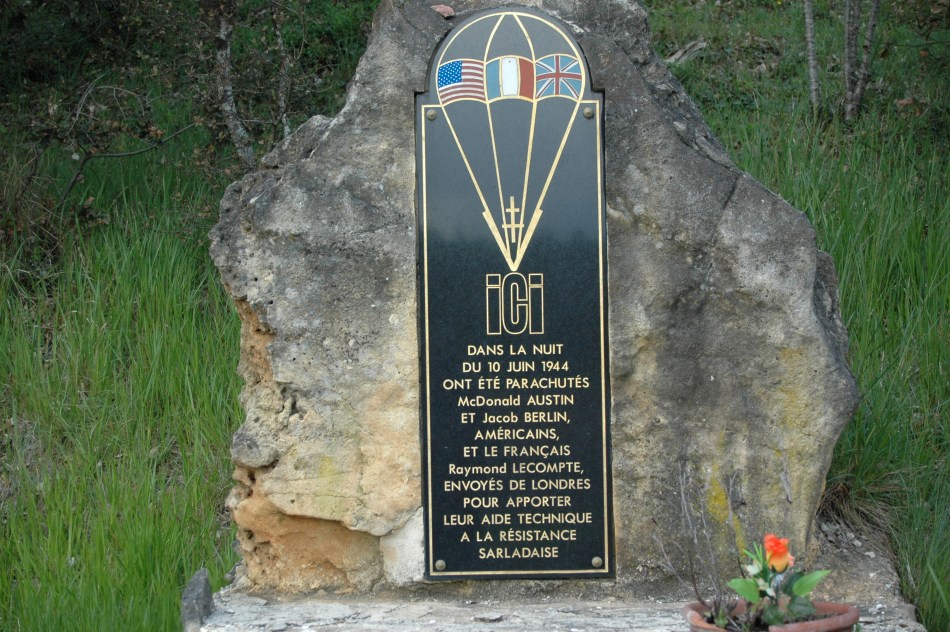