A small clearing in the forest at the end of a dirt road.
SE on the N7 take the D64 south to the D49. Follow the latter SE. The monument is at the end of the second dirt road to the north.
In memory of the five American aviators found under the wreckage of their plane after their fiery crash on April 28th 1944 whose mission was to parachute weapons to our secret army in support of the liberation of France and the restoration of our ideals.
Lieut C.W. Ambrose
Charles M. Wilson
Robert H. Redhair
A.B Pope
Lieut Peter Roccia

Small plaque: Frenchy, to his friends

Notified by : Marc Bonas.   Record added 31/05/2008.
Photos : Stephane Dubost.
The photos are under copyright. They may not be reproduced, modified, distributed in any support without prior permission.
You are free to make links to this page. 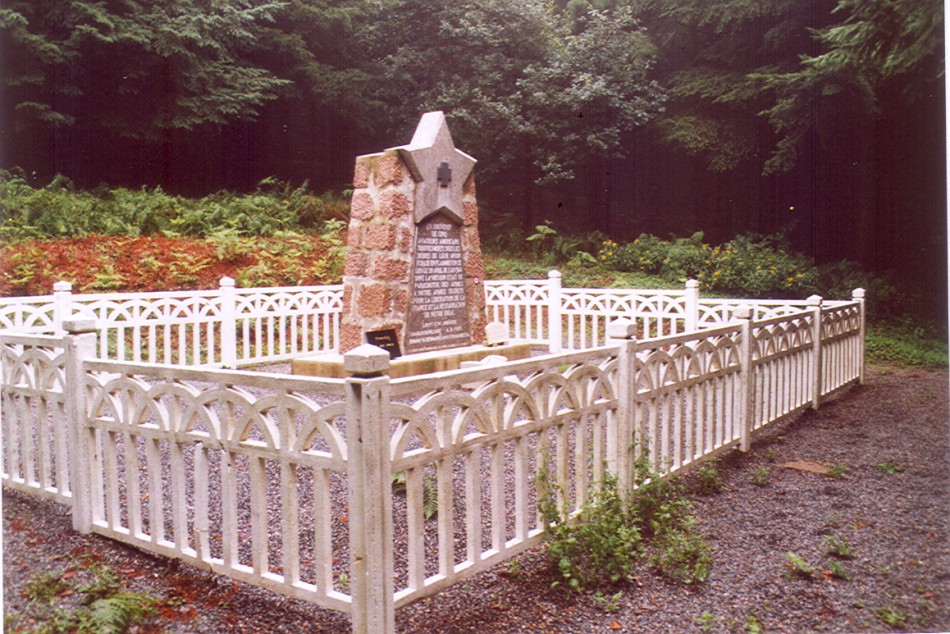 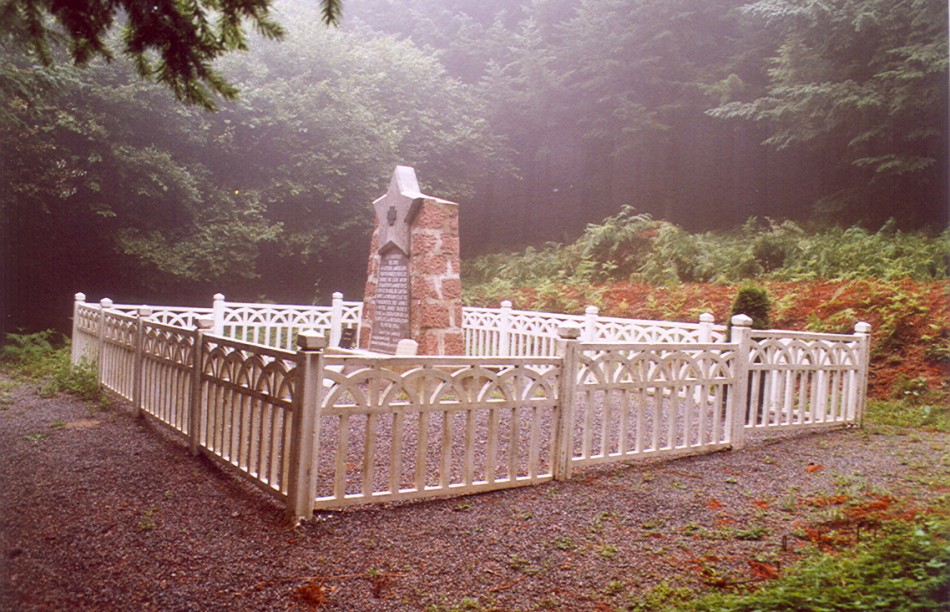 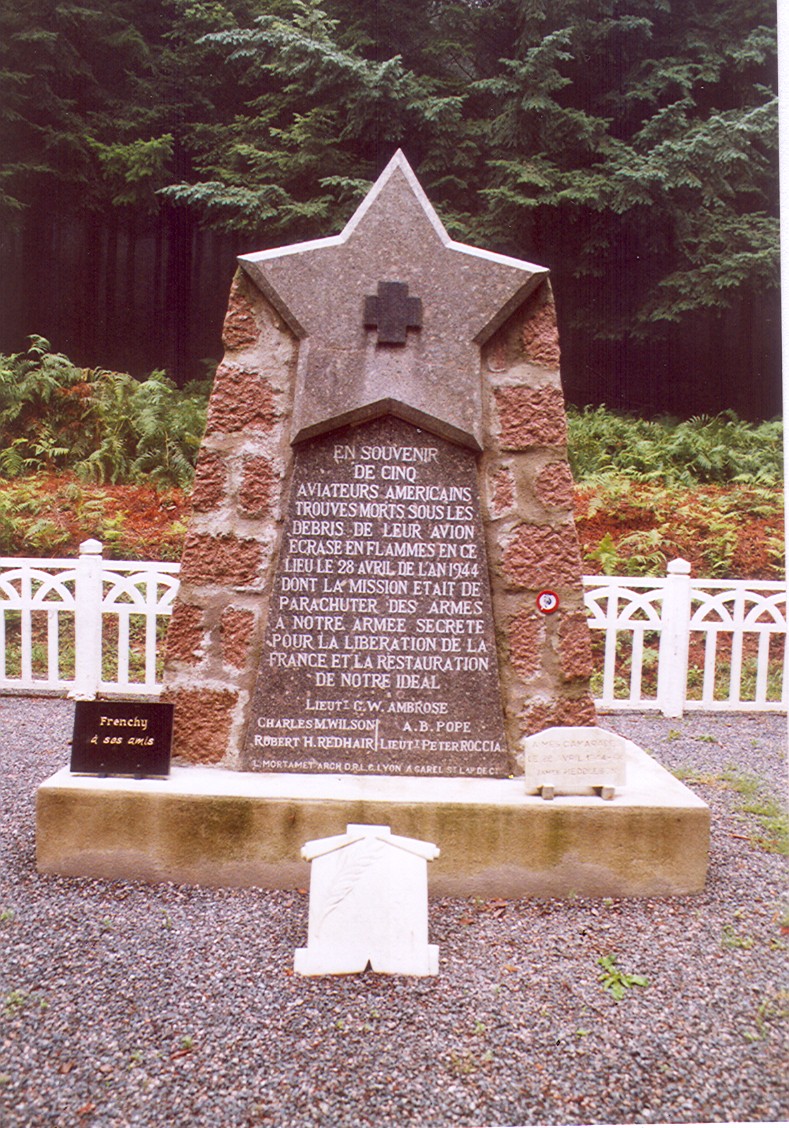