A pedestrian zone next to the Bd Padioleau on the coast.
Take the Pont de Saint Nazaire south on the D213. Then head west on Rue Albert Chassagne. Go halfway around the roundabout and head NW on Rue de l'Eglise to the T at the coast. Head north on Bd Padioleau. The monument is next to the sea across from Olivaud Agnes
Front Plaque:

In memory of the American aviators who fell over Saint Brevin les Pins on December 5th 1943.

Praise to the pilot and sole survivor Lt Mason Harley B.

In memory of the valiant crew of Americans who died for the liberation of France on board the B24 "The Oklahoman" that crashed in flames near the village of La Croix. Here, on December 5th 1943 the pilot, Lt Mason, sole survivor, was recovered on the beach. Let us also remember the 48 847 aviators of the US Air Force that fell over Europe between 1941 and 1945.

Monument inaugurated on May 8th 1999. 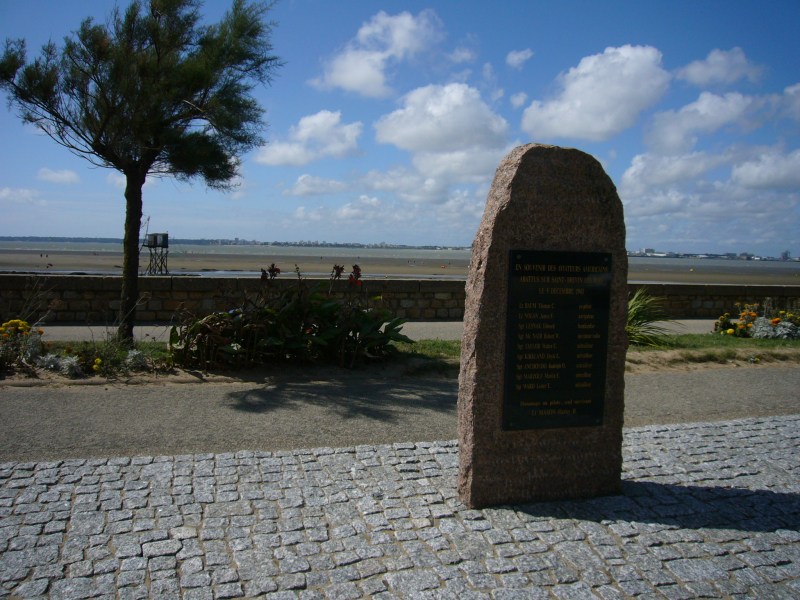 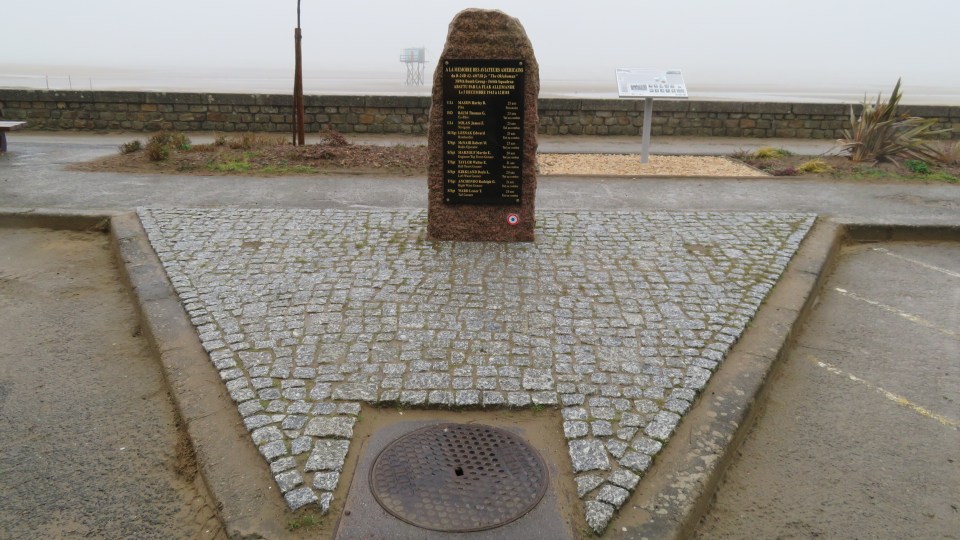 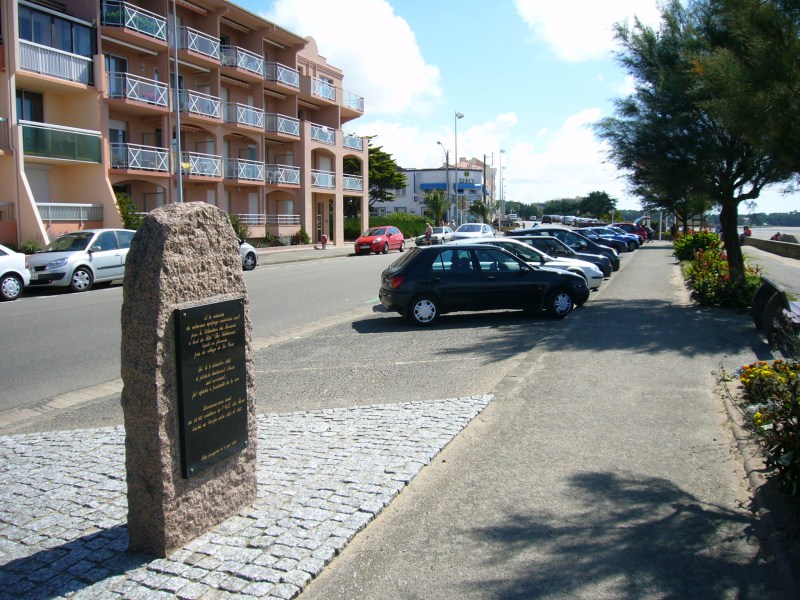 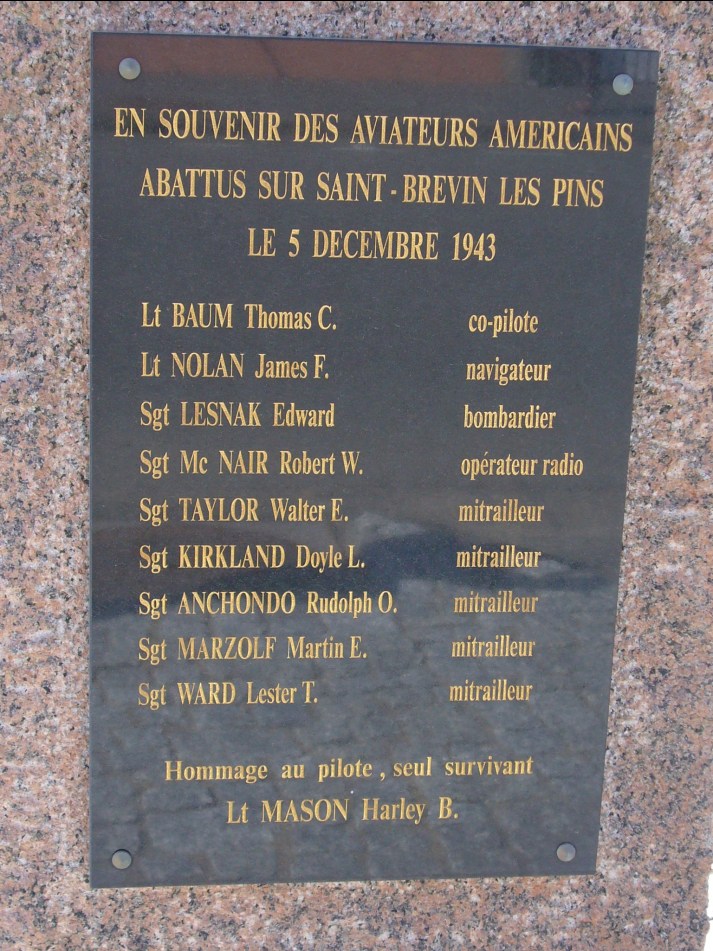 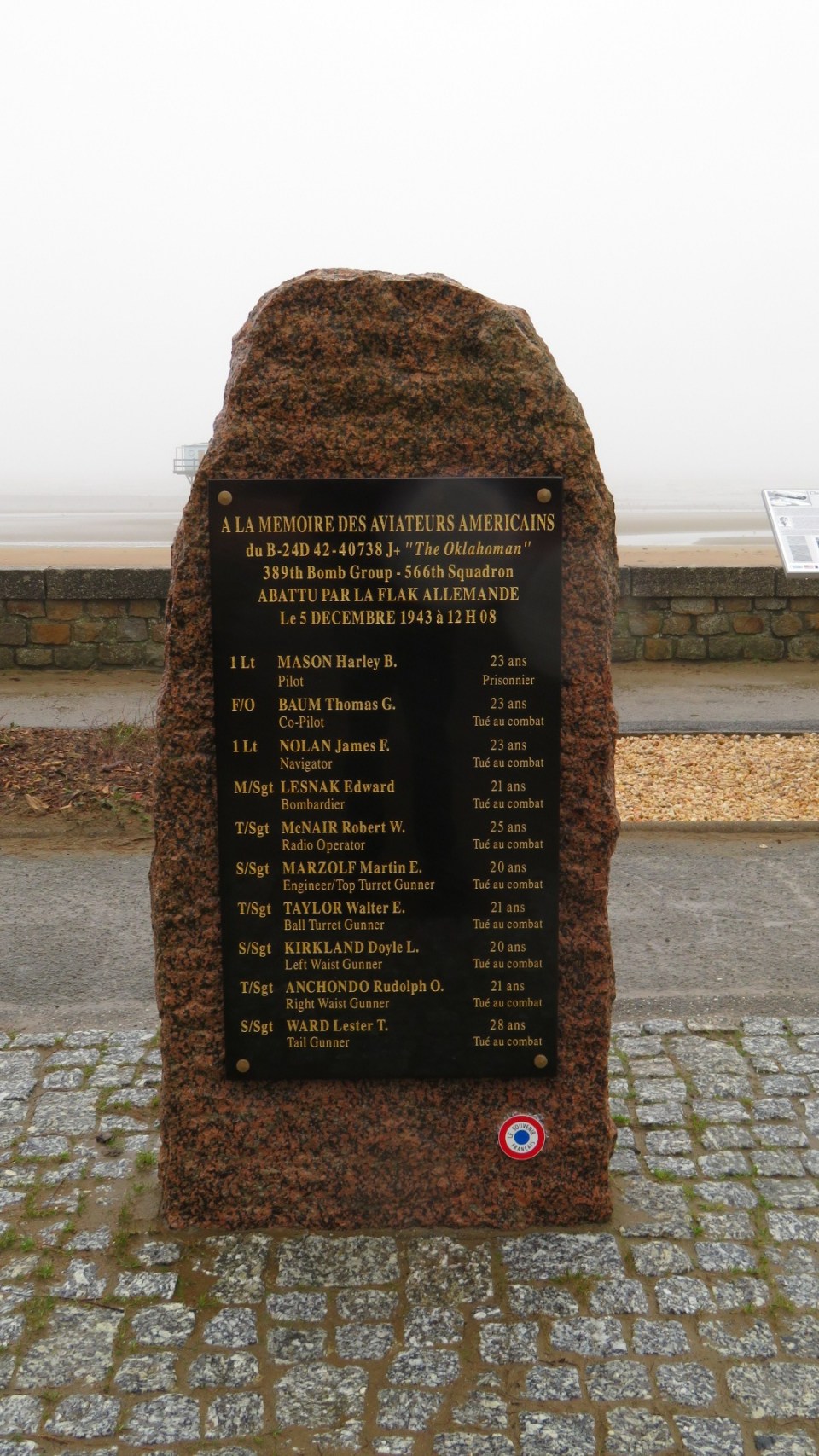