Behind the town church by the southern side of the Rue Notre Dame.
From Rennes take the D137 north then the D301 north until turning east on the D2. Follow the latter through the town until you can turn NE on the D376. Take the first left west onto the Rue Notre Dame. The monument is on the southern side of the road.
August 6th 1944 liberation of Saint Meloir des Ondes.
In thanks to the Allied soldiers who died on Melorien soil.
The aerial commemoration is not present, but this is the memorial for the crew of the B-17 42-29710 94th BG that crashed on May 29th 1944.

Notified by : Cûˋdric Sauteraud.   Record added 31/08/2010.
Photos : Cûˋdric Sauteraud (08/2010).
The photos are under copyright. They may not be reproduced, modified, distributed in any support without prior permission.
You are free to make links to this page. 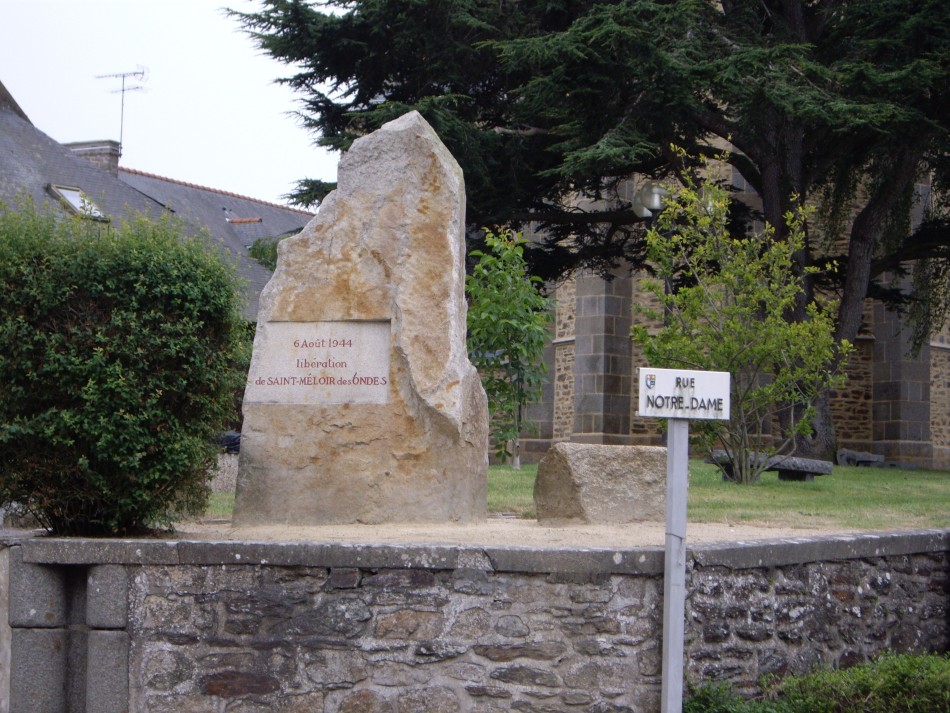 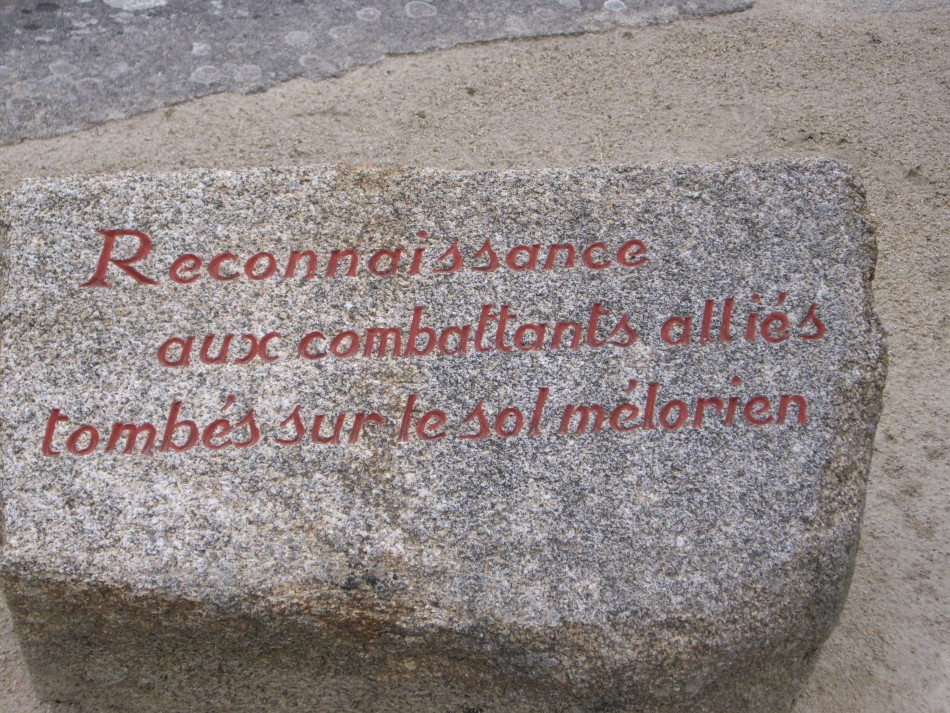