A town parc next to the soccer stadium.
Take exit 20 SW off the A10 and follow the D801 south to the Rond Point Jean Le Reste and turn east on the D952 along the Loire river. From there take the D77 north and turn left on Rue de l'Eglise and again on Parc de la Vallee until you come upon the monument on the NW side of the road against the stadium's perimeter wall.
Comment by StĆ©phane Muret : the 79th FG was equipped with P47 Thunderbolts and operated on the MTO.
Comment by Jean-Paul Favrais : Lt Ferdinand E Lefevre was in the 79th Fighter Squadron, 20th Fighter Group. On April 28th 1944 they were on a mission against a Fw-190 repair factory near Tours. Major Johnson was leading and piloted a P-38 Ā« DroopsnootĀ” with Lt Ezell as a bombardier. According to the Group's archives Lt Lefevre's plane was hit by AA fire over the objective. Lt Lefevre was leader of Ā“RedĀ” flight for this mission and had Lt Williams as a wingman, Lt Bebout in No 3 and Lt Black in No 4 spot. 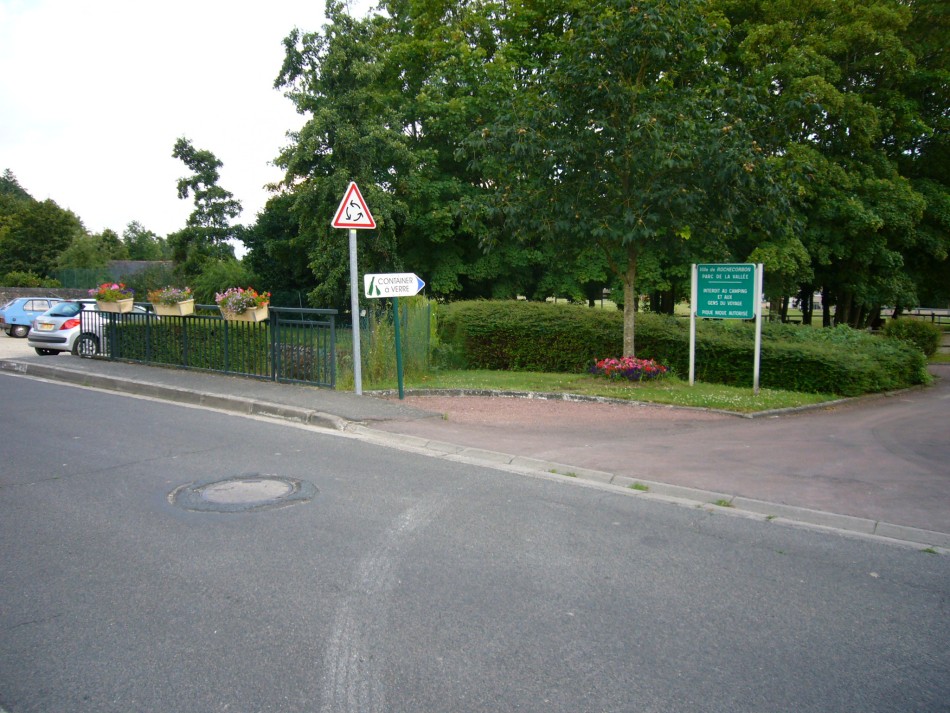 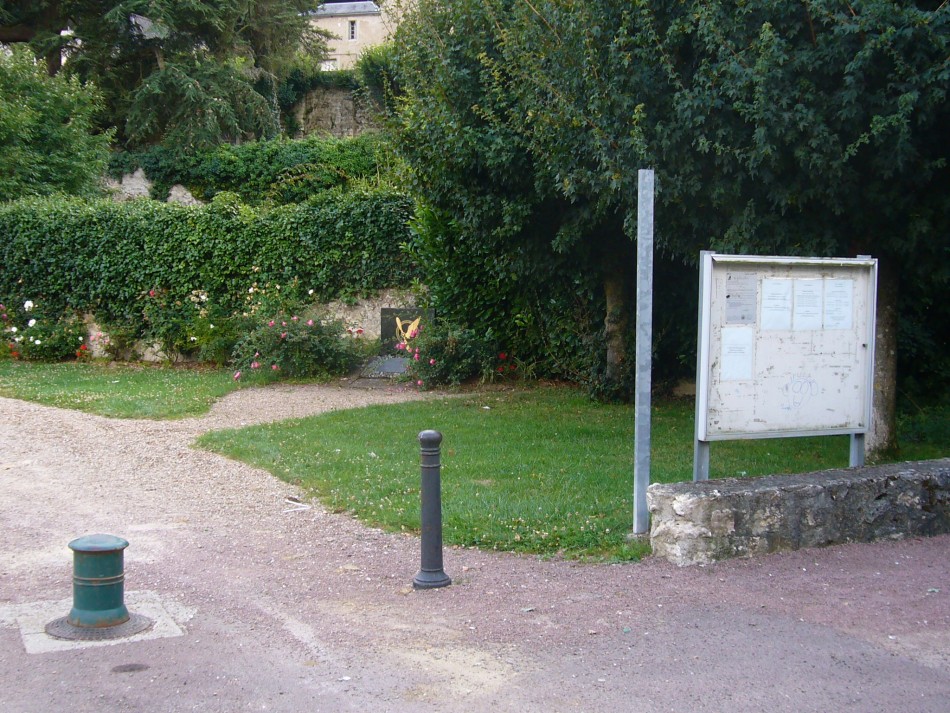 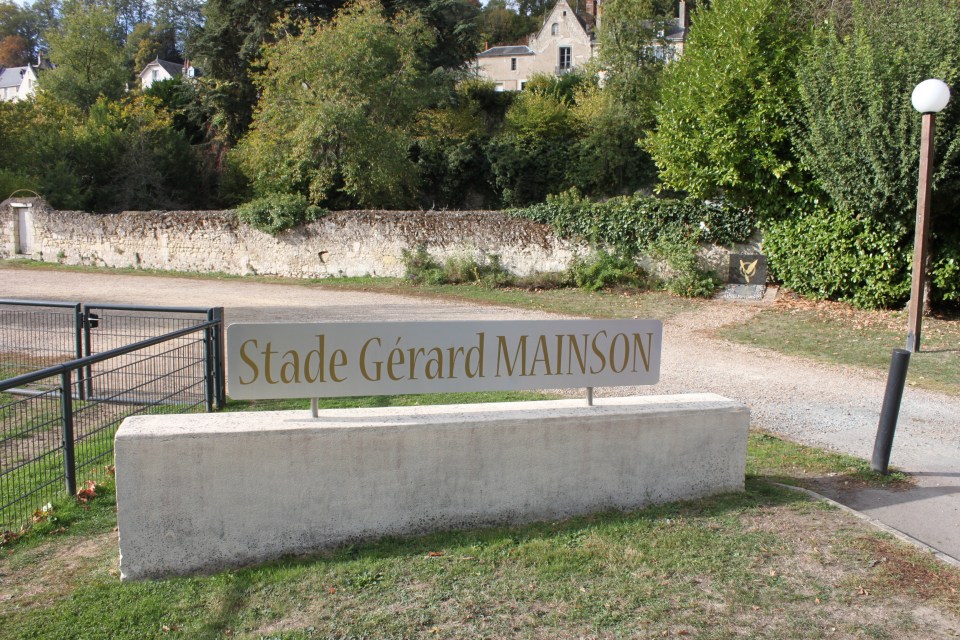 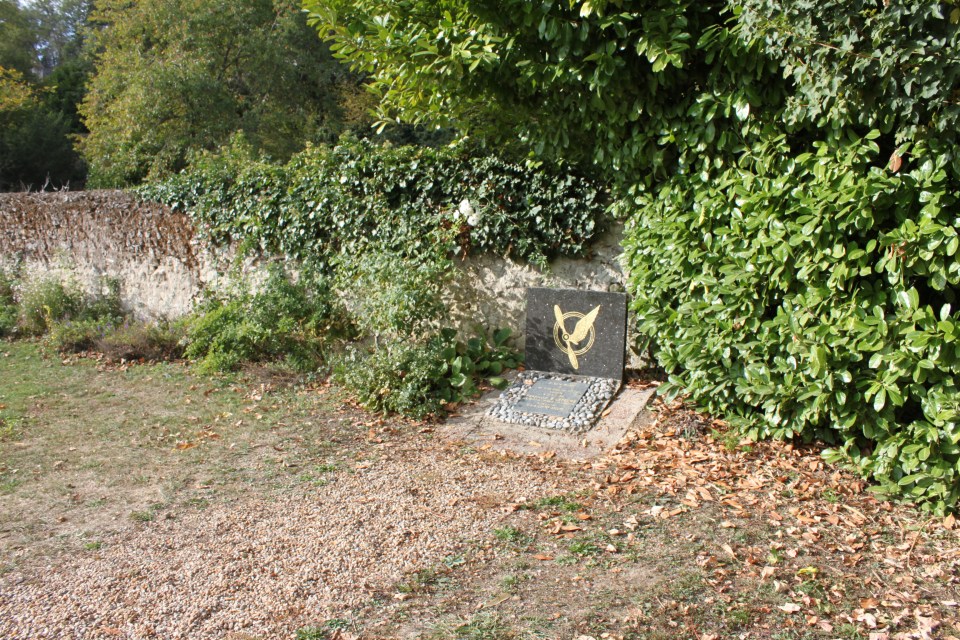 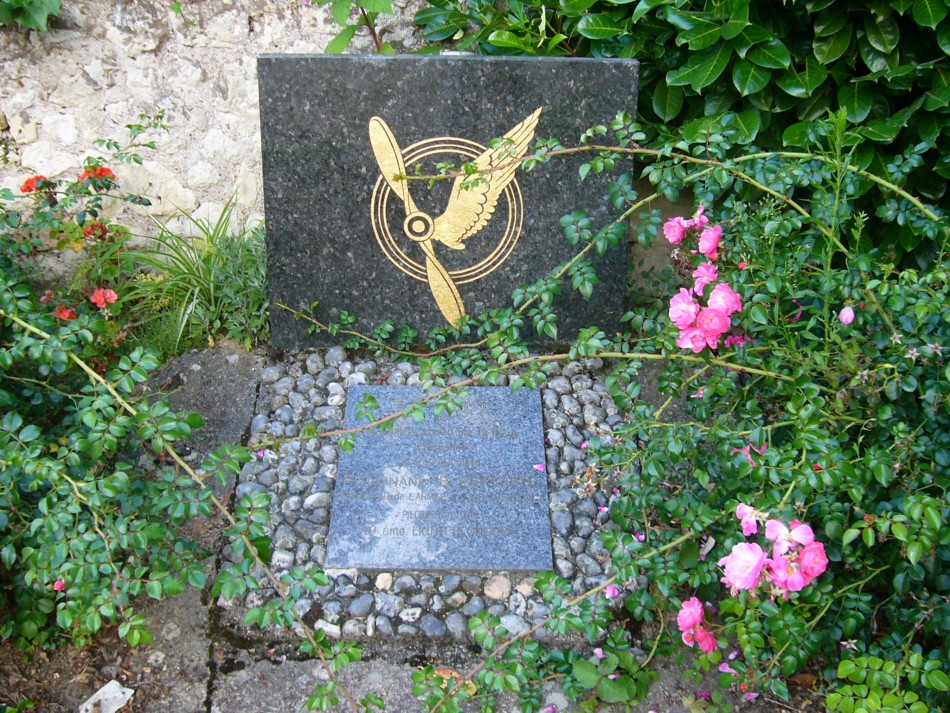 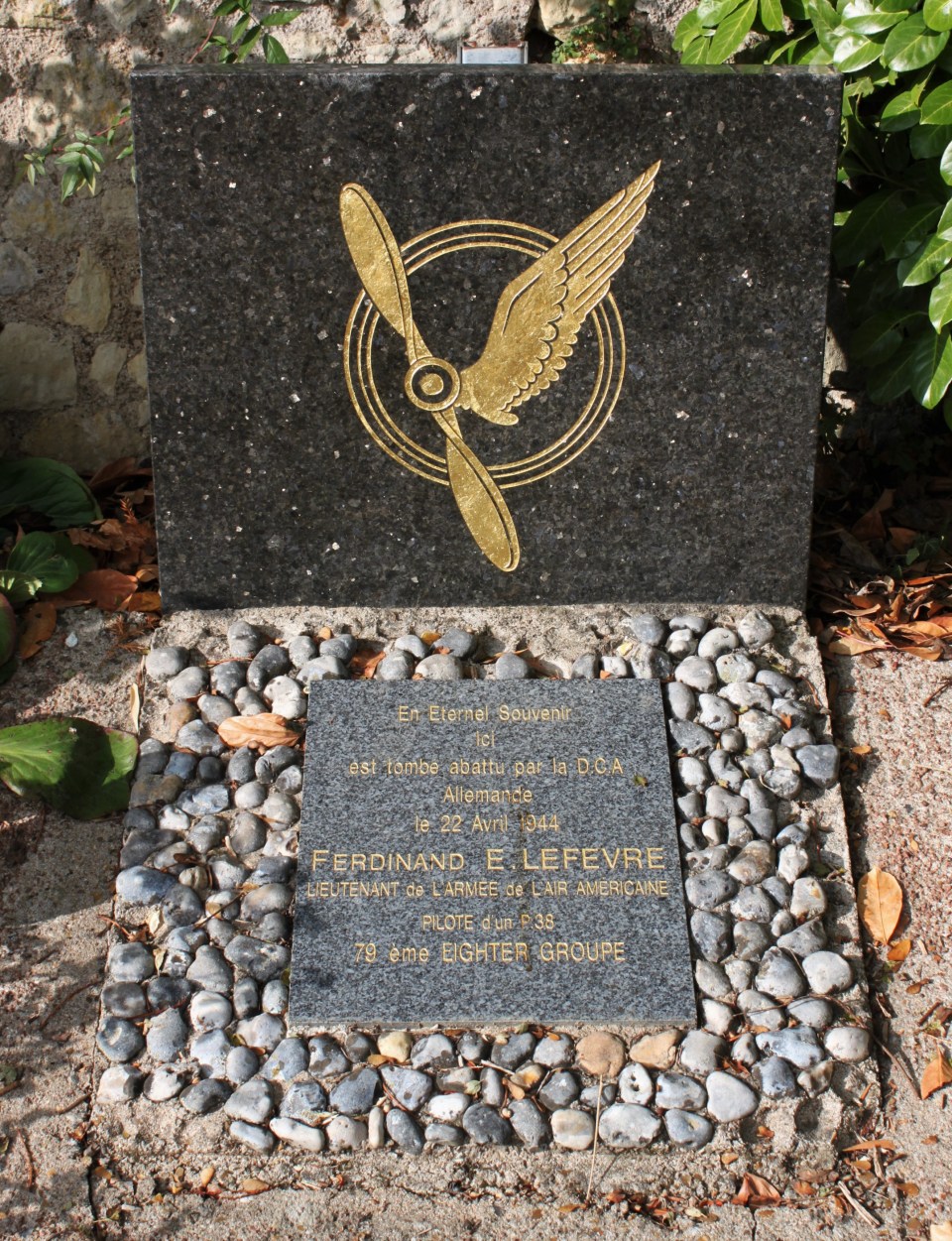 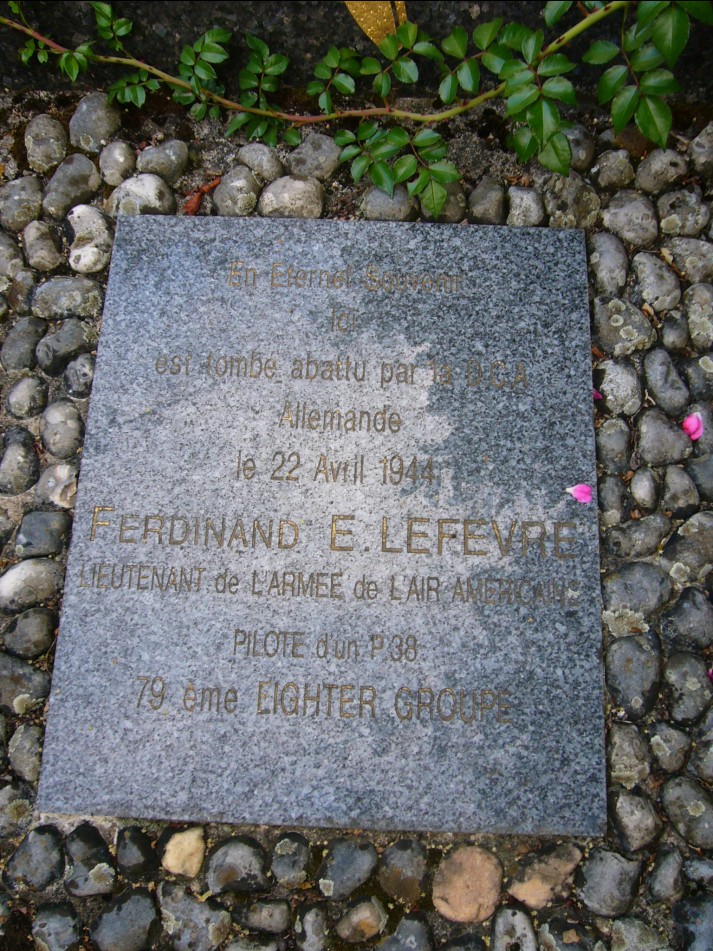 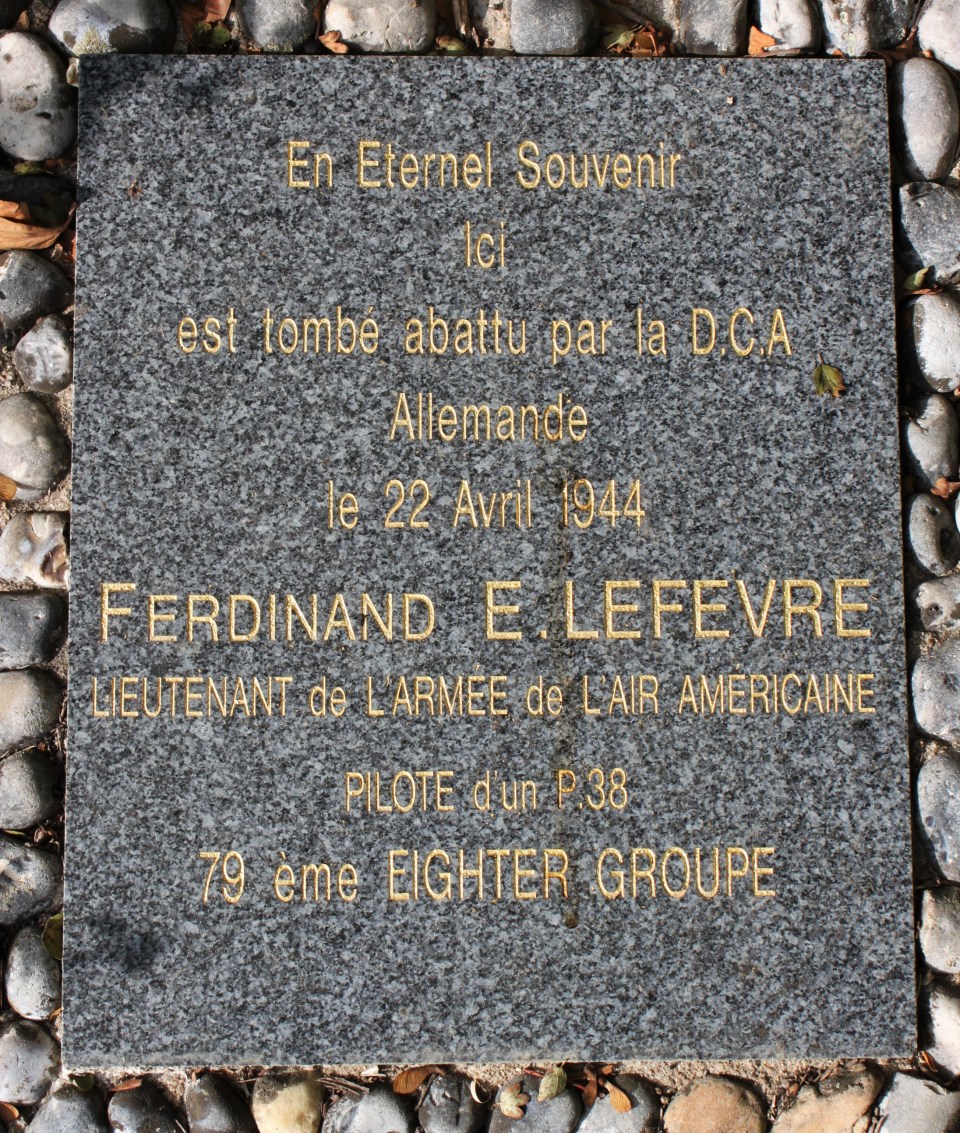