NW on the N88 take the D10 all the way south to Marlhes then the D74 south SE. The monument is on the western side of the road past the Ladroit turn-off.
Air Force
49th Bomber Wing
451st Bomb Group
727th Squadron

To the glory of the crew of the B-24 H Liberator "Patsy Jack" N42-64445. They were hit by flak on a bombing mission over the Pontet oil refinery on August 2nd 1944 and retreated to the Haute Loire region. The crew bailed out of the burning aircraft while pilot Lt George Cappleman stayed on board to rig the controls so the plane wouldn't crash into one of the many villages in their path.

We will never forget them - Semper Fidelis - We will remember them
Gratitude from the towns of Riotord and Dunieres August 6th 1995.

Notified by : Claude Dannau.   Record added 21/12/2008.
Photos : Claude Dannau.
The photos are under copyright. They may not be reproduced, modified, distributed in any support without prior permission.
You are free to make links to this page. 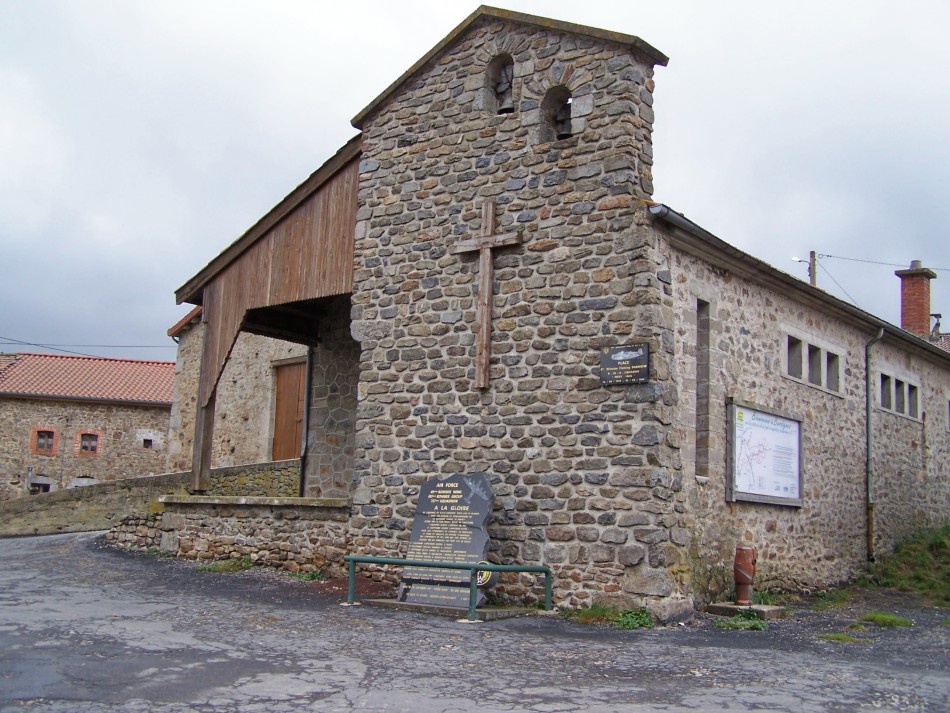 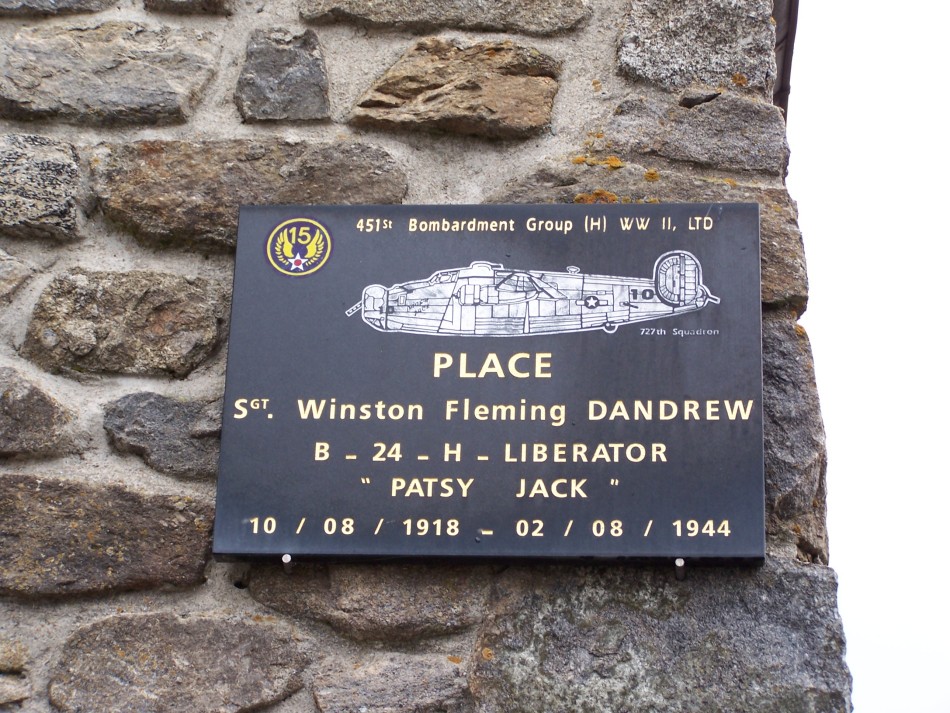 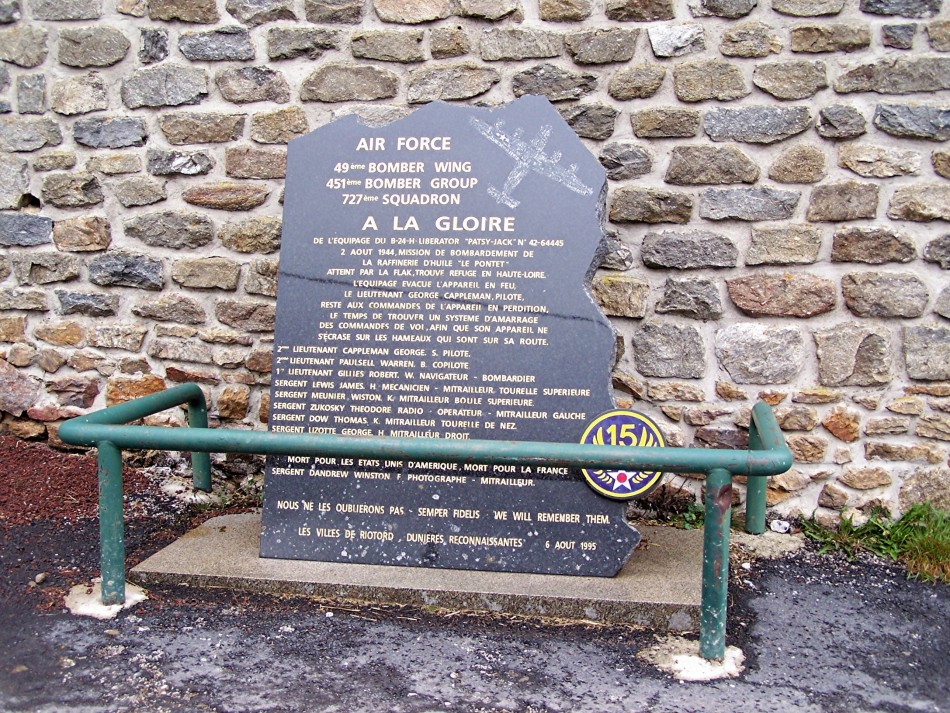 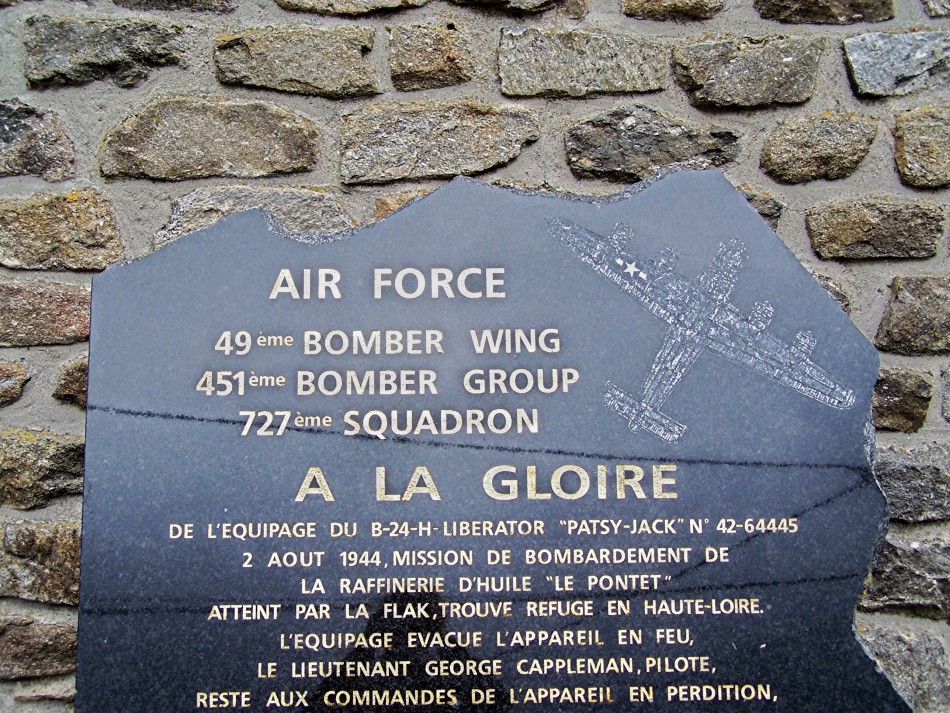 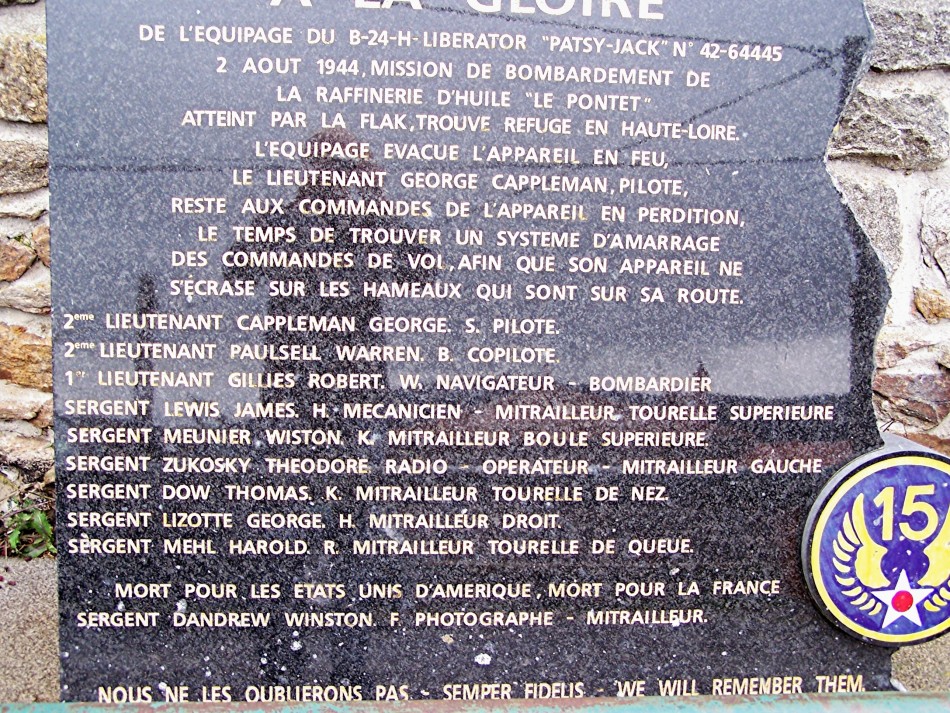 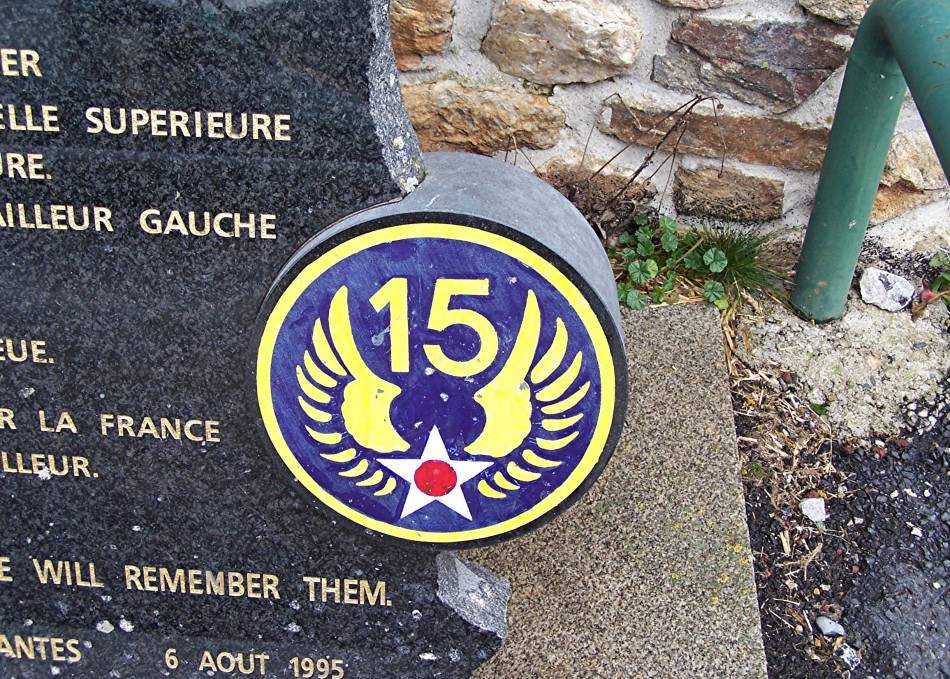