The site contains a memorial commemorating US aviators.

D90 , RĂŠchicourt-le-ChĂ˘teau , 57-Moselle , Lorraine , France
On the Northeast side of the intersection of the D89 and D90.
In memory of the three US airmen that were shot dead near here on September 8th 1944 while trying to escape after crash landing their wounded B-17

erected by the UNC of Rechicourt le Chateau
2008

On September 8th 1944, B-17G-45-BO 42-97385 "Shady Lady" of the 601st BS 398th BG participated in mission 611 over Ludwigshafen. The plane took off from Base 131 at Nuthampstead (north of London). On their way back, the pilot had to land in a field near Ley (Moselle) at Le Prunier a few kilometers from RĂŠchicourt-le-ChĂ˘teau in enemy territory. He pulled it off with only one engine, no. 2 and 3 being shot and no.1 broken.
Seven crew members were taken prisoners at RĂŠchicourt. They were locked up in an old castle tower in the village for interrogation. While being transferred by the SS, they seized the opportunity to jump from the truck and head into RĂŠchicourt forest. They were trying to link up with US forces in Lorraine. Four were shot and three more killed during the botched escape. 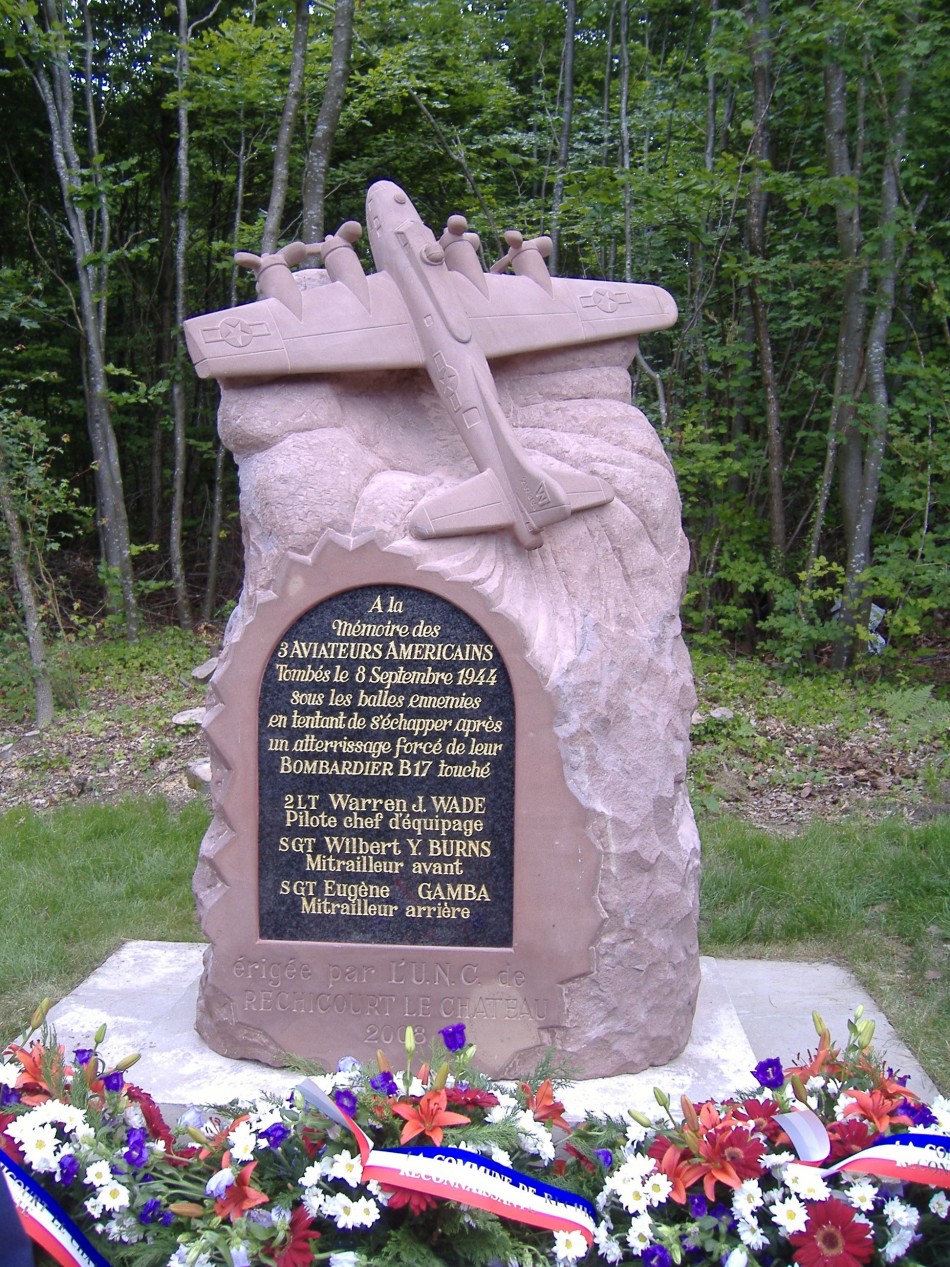 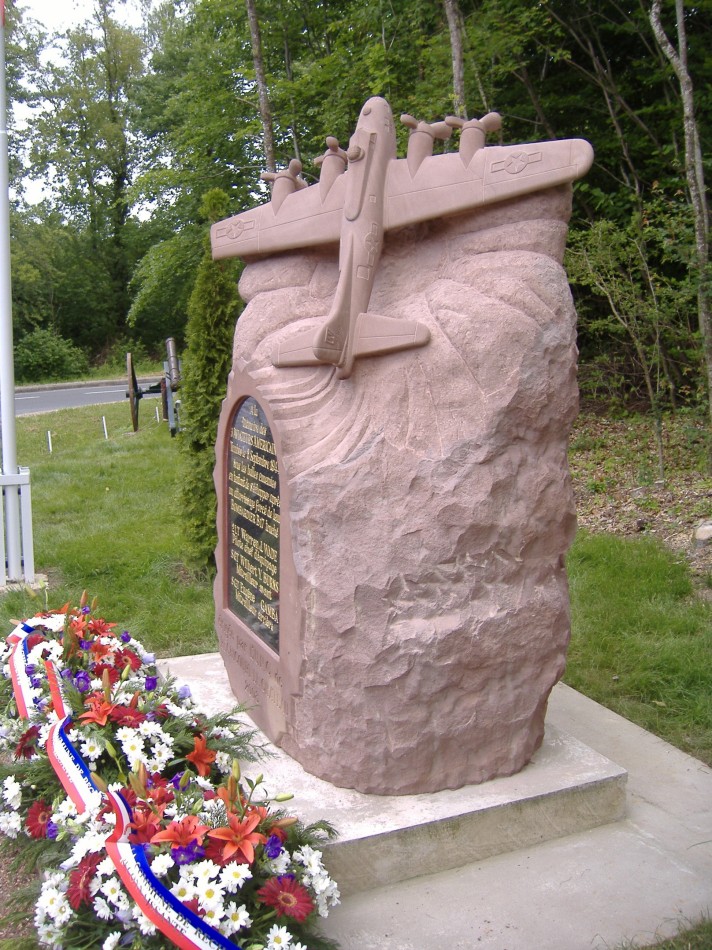 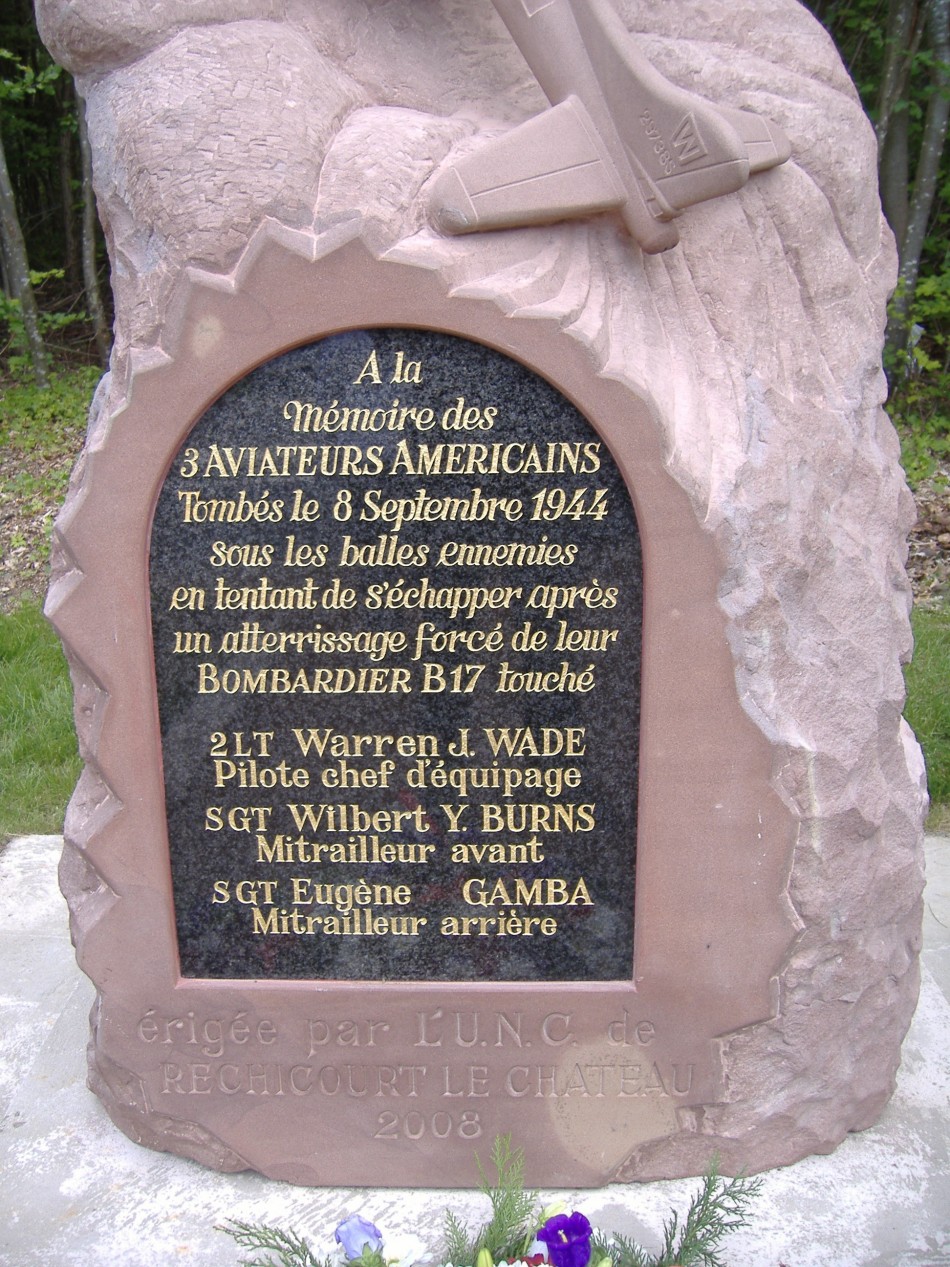 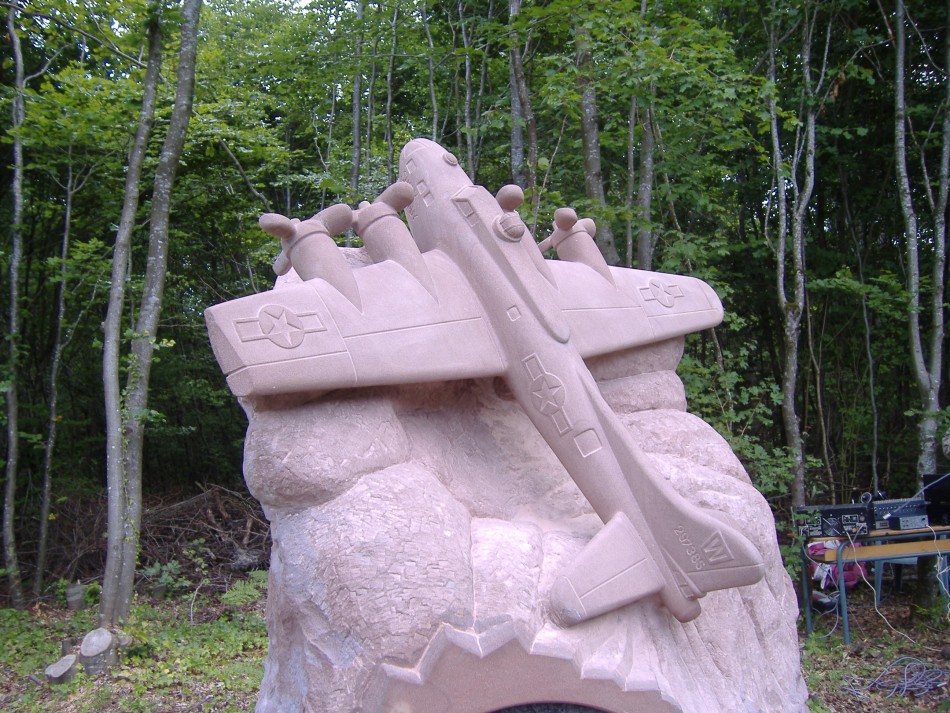 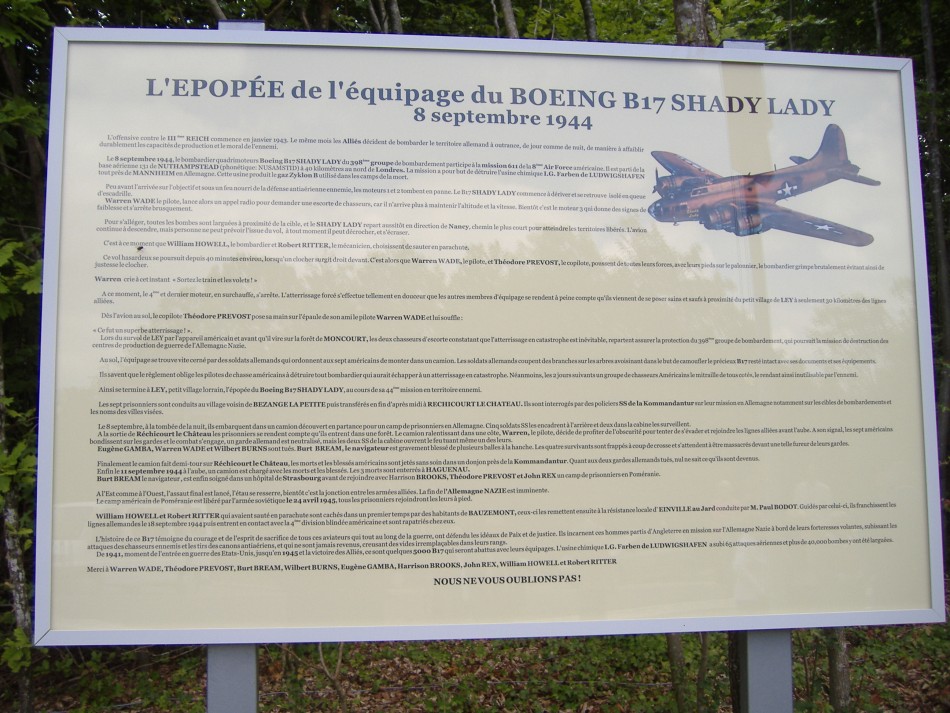 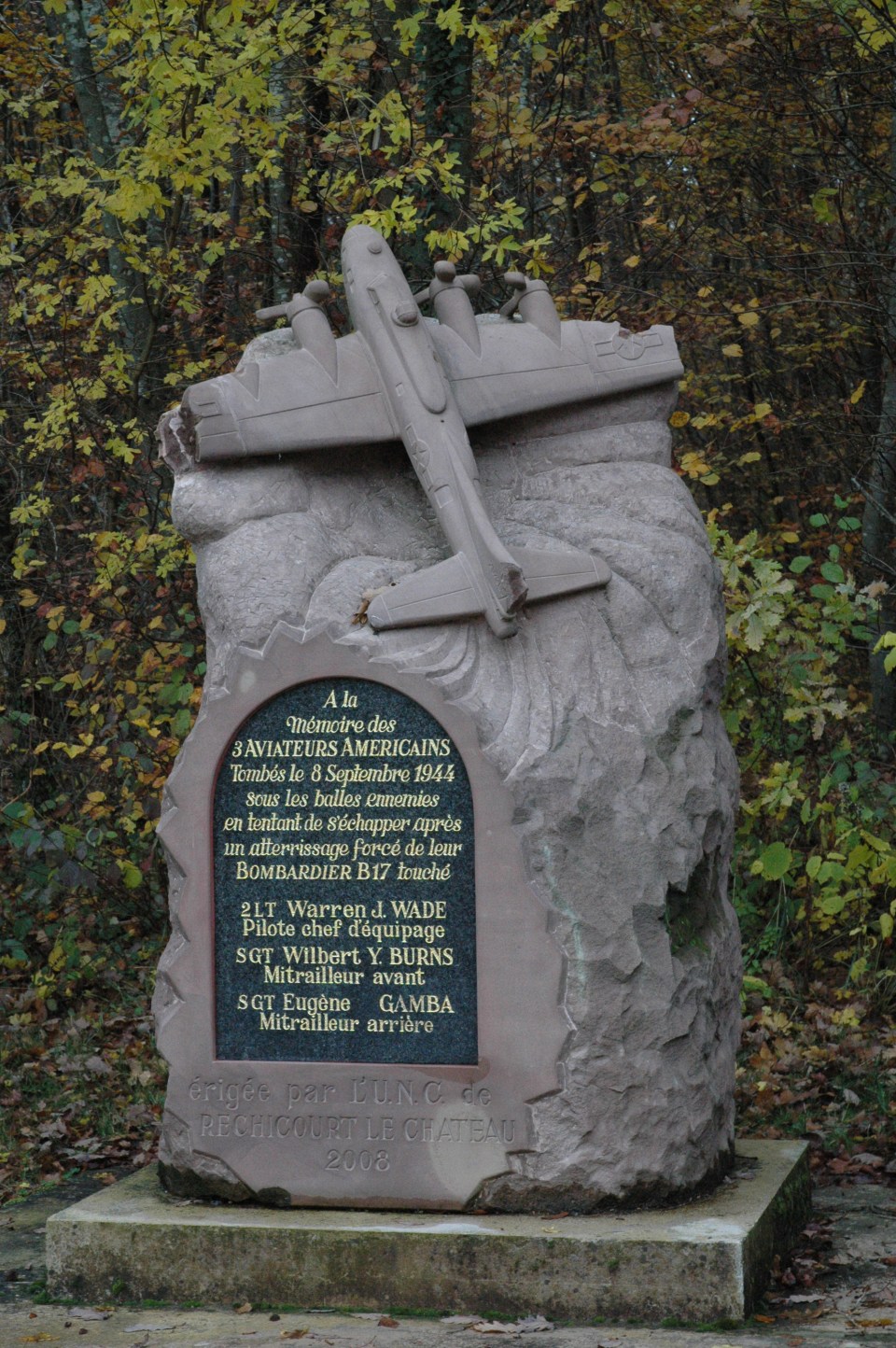 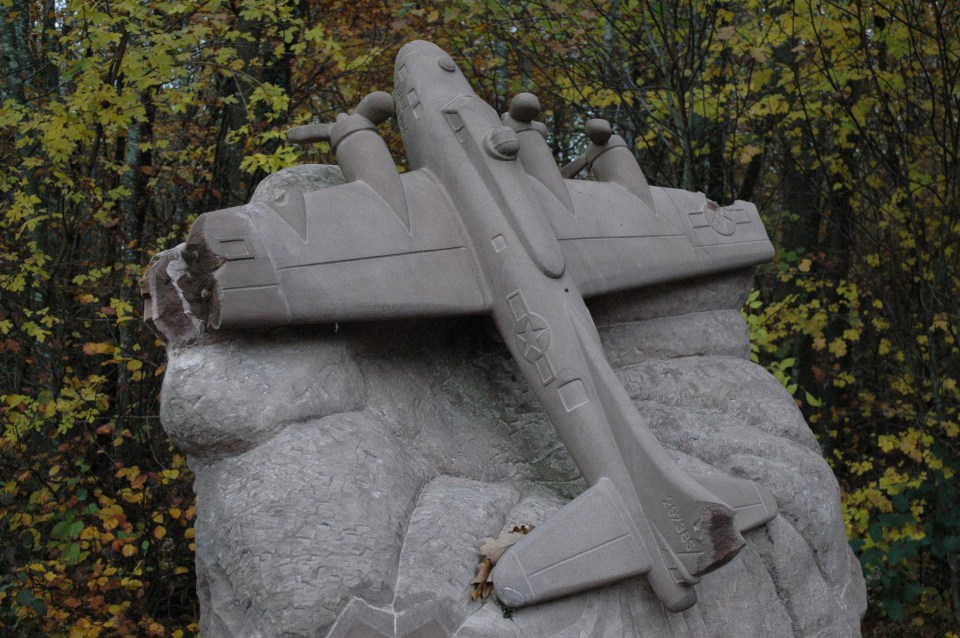