From the N154 take the D57 north. The monument is right at the exit.
USAAF 1st Lt Ronald Nichols died for our liberty on August 12th 1944. His navigator 2nd Lt Elbert Harris returned home after the liberation thanks to the help of local inhabitants and the Roger cell of the French resistance.
Note the US and British insignia on the engraved Mosquito. Also represented are the 8th AF, French wing of the Commemorative AF, town of Pujaudran and the Souvenir Francaisô insignia.
Complementary information provided by Bernard Palmieri and the contributors of Aeroforums:
- Aircraft: Mosquito PR.XVI serial NS533, coded "Q"
- Unit: 653rd BS, 25th BG, 8th AF, USAAF
- Crew: 1st Ronald M. Nichols, pilot KIA - 2nd Lt Elbert F. Harris, rescued and evacuated by the ô¨ Roger ô£ Resistance group.
- Events: shot down in error by a P-51D of the 357th FS who observed them maneuvering in the sun and believed it to be a German plane. 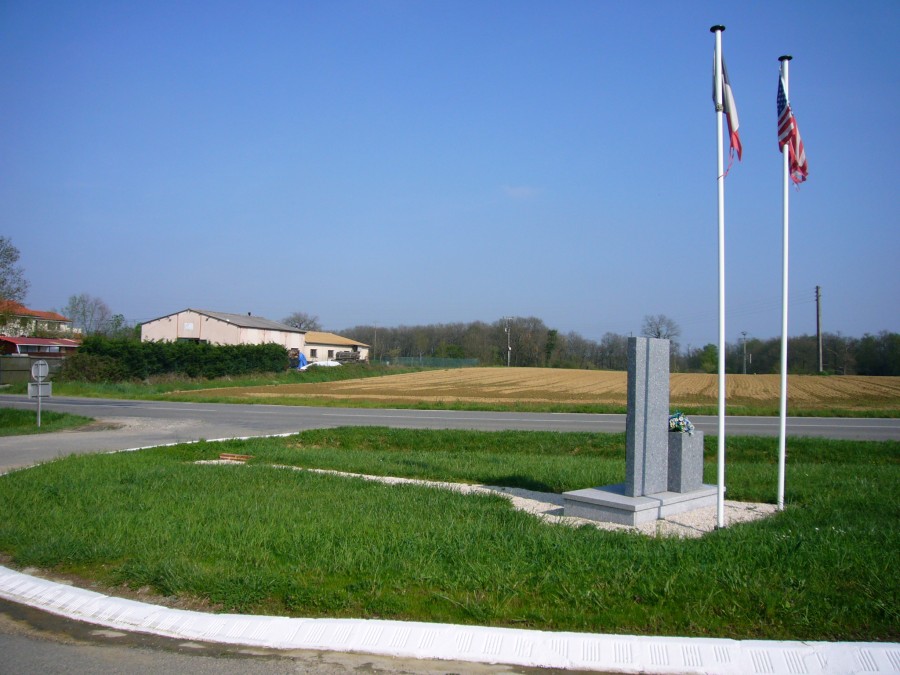 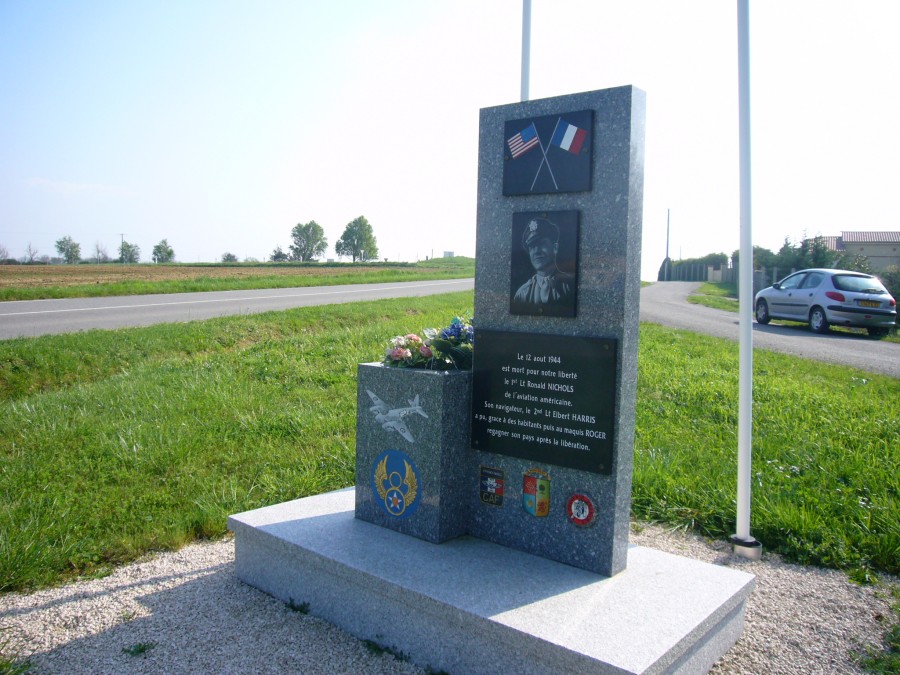 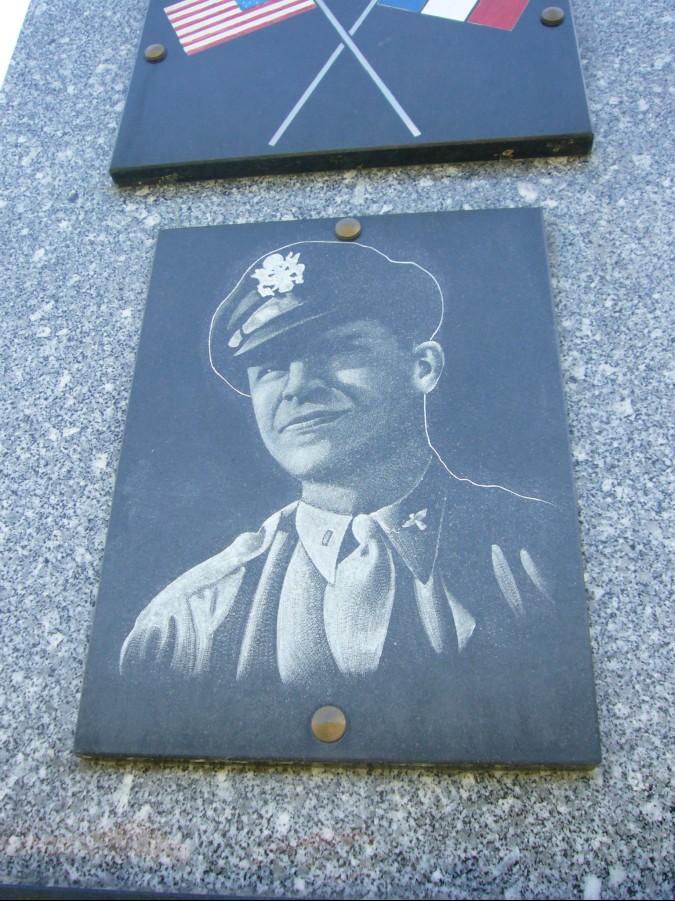 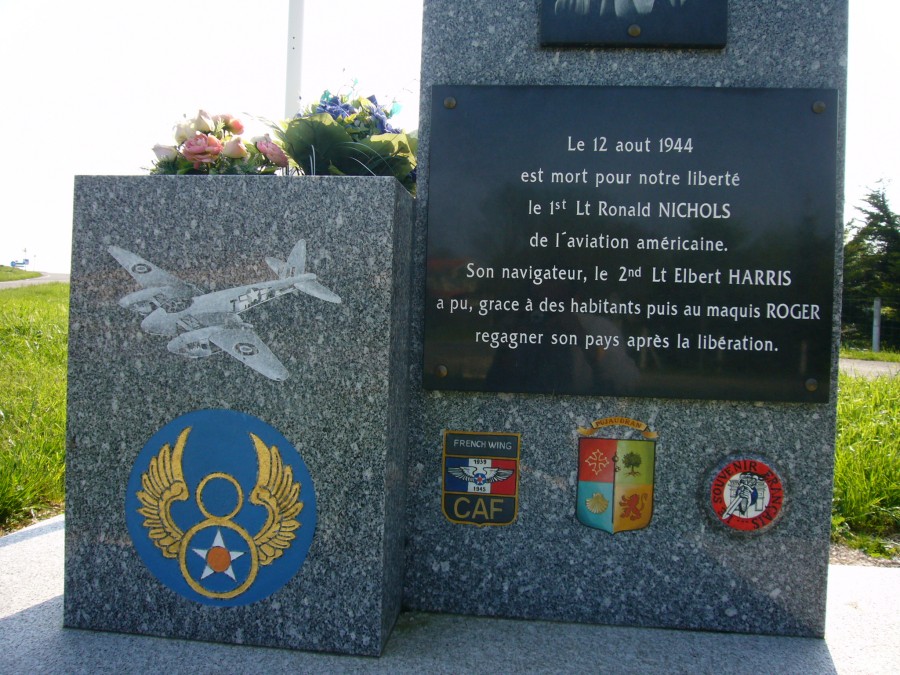