Between Chorges and Prunieres on the D-109.
In memory of the crew of a US Army Air Force Consolidated B24 Liberator who crashed on 19 July 1944.

On 19 July 1944 an American bomber returning from a mission over Munich crashed here. The crew was saved by the inhabitants of PruniÃĻres and Savines and by the resistantance of Reallon.

Notified by : Pierre Lussignol.   Record added 30/10/2008.
Photos : Pierre Lussignol.
The photos are under copyright. They may not be reproduced, modified, distributed in any support without prior permission.
You are free to make links to this page. 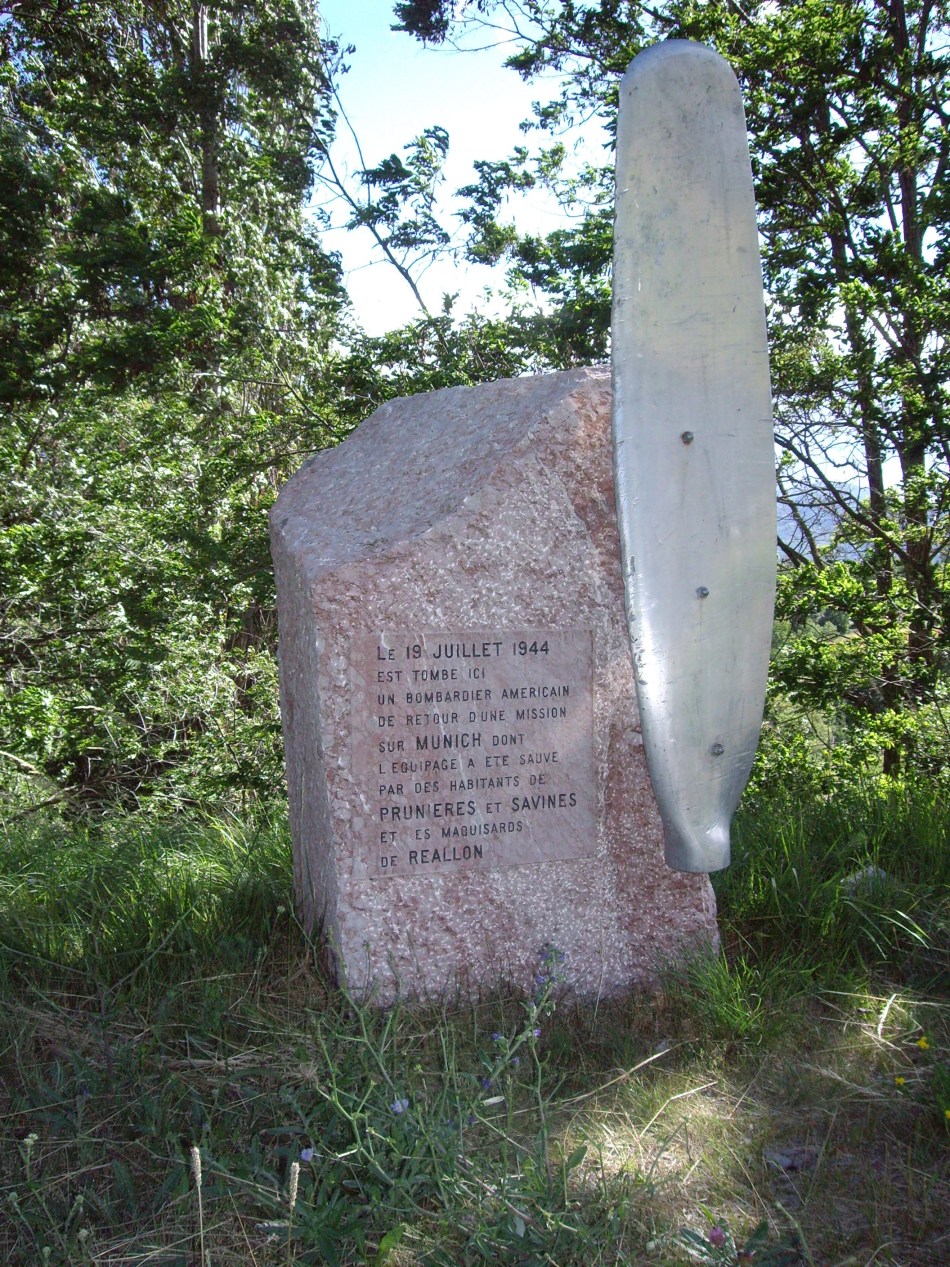