An engine helice mounted on a rectangular stone slab with inlaid symmetrical gold crosses and writing commemorating American aviators.
Going west on the N12, take the D6 north-west to the D4 Rue des Plages, which you take north-east until you switch over to the D51 and head north until you reach Plourhan. The monument is in Place de la Victoire, behind the city's monument for the dead.
A monument presenting a three-pronged helice on a star-shaped engine. The remains are those of the BOEING B17F FLYING FORTRESS 42-29878 Ā«Lady GodivaĀ» of the 526th Bomber Squadron of the USAAF that were brought up from the ocean floor off the Saint Quay isles. An engraved plaque completes the ensemble. 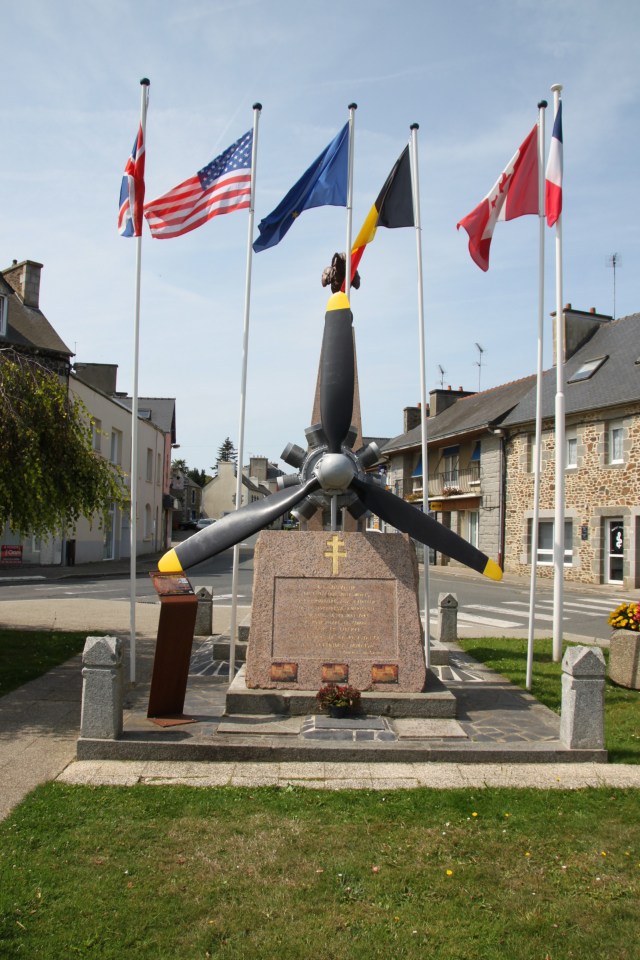 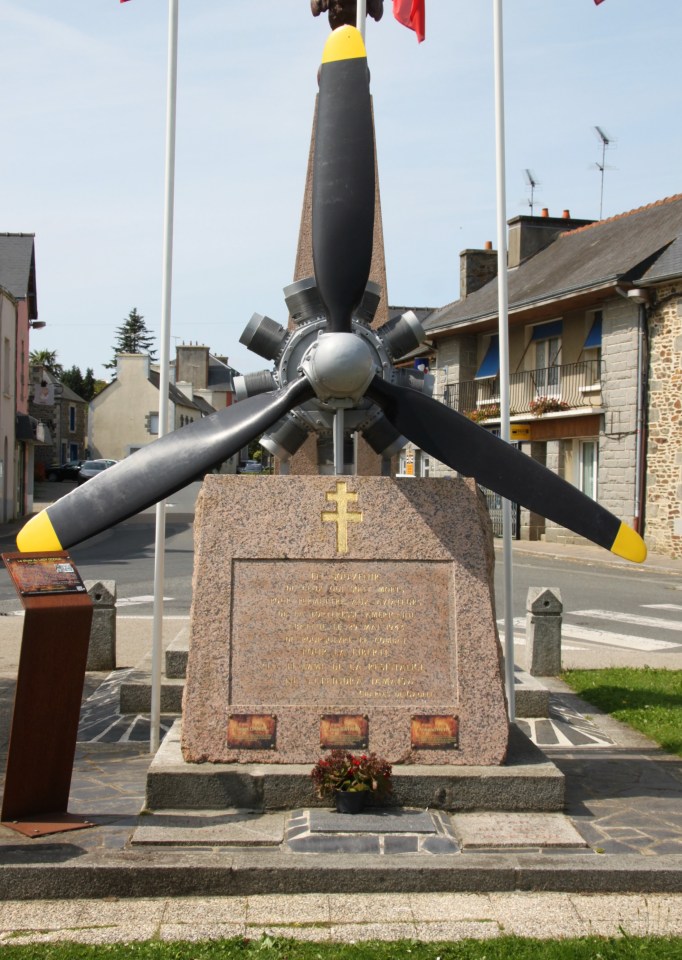 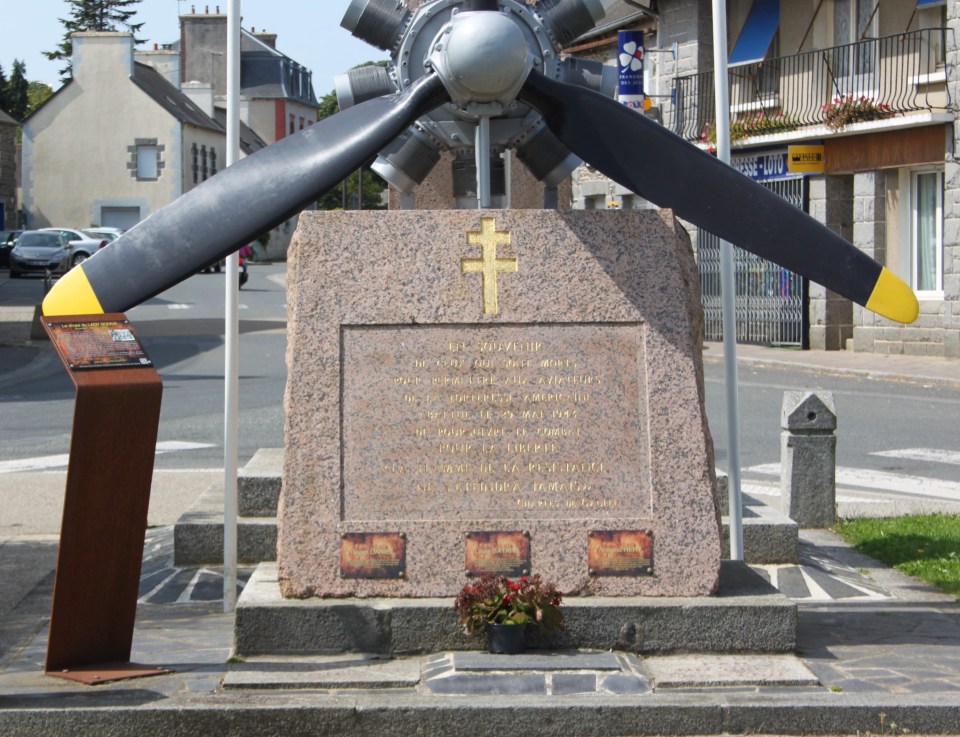 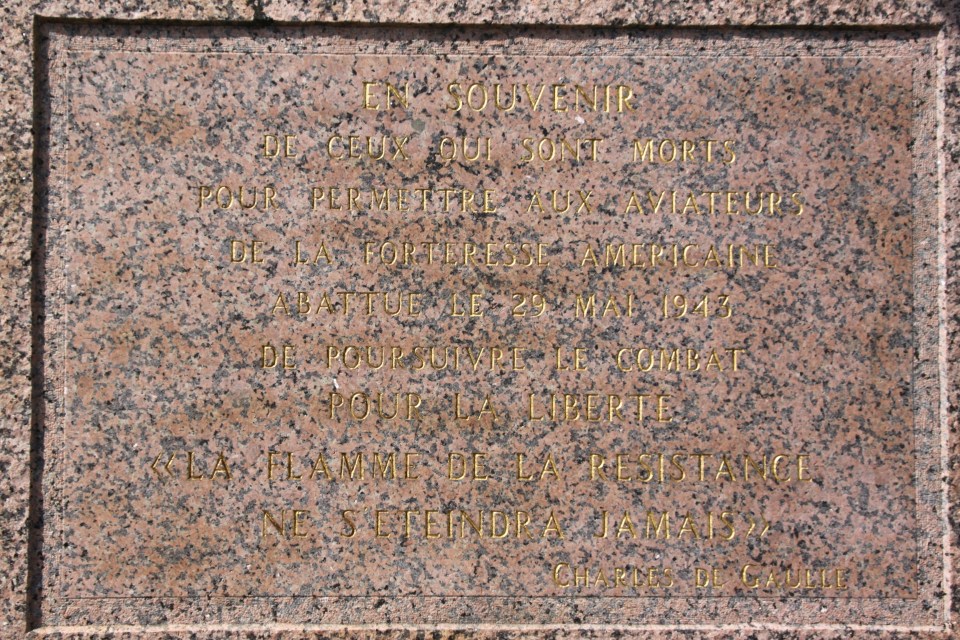 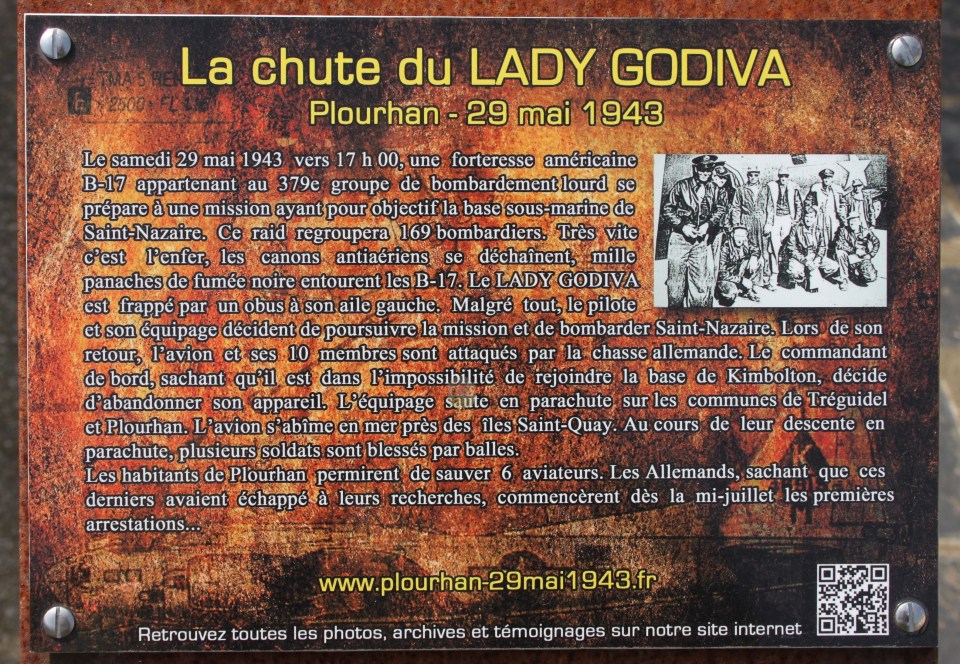 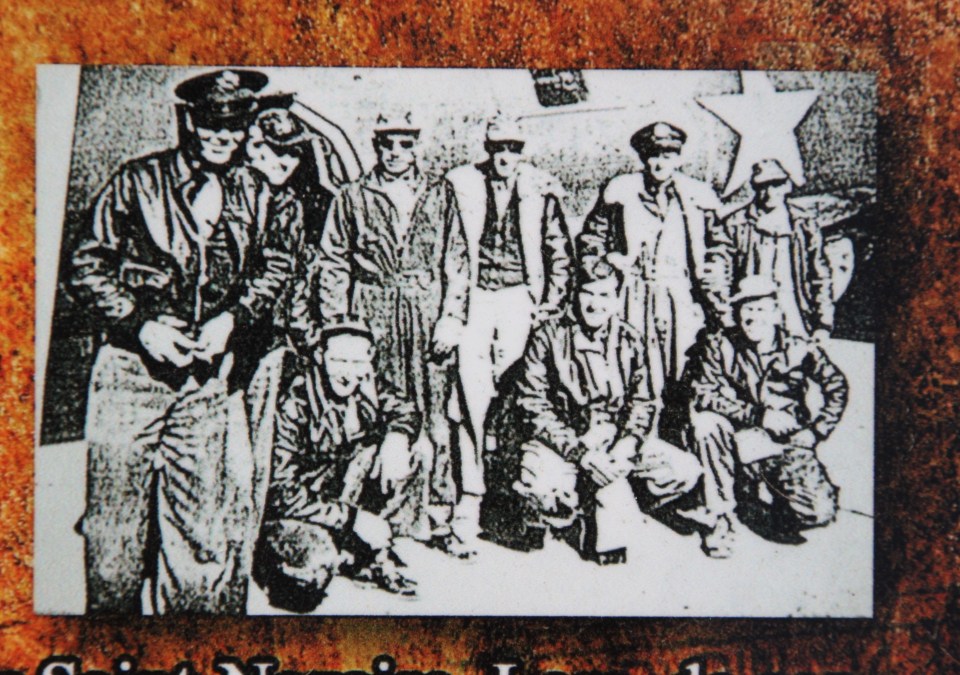 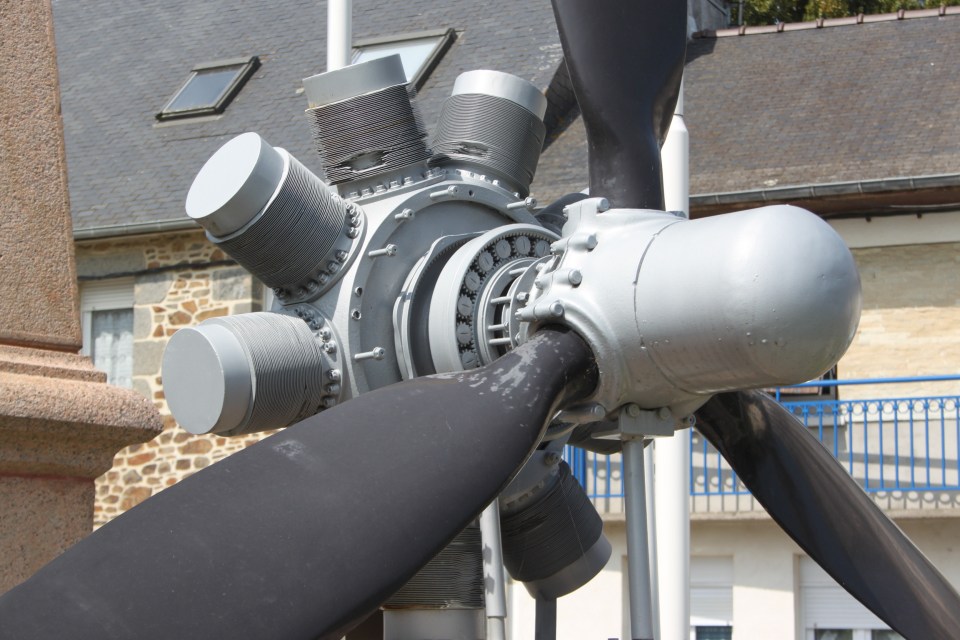 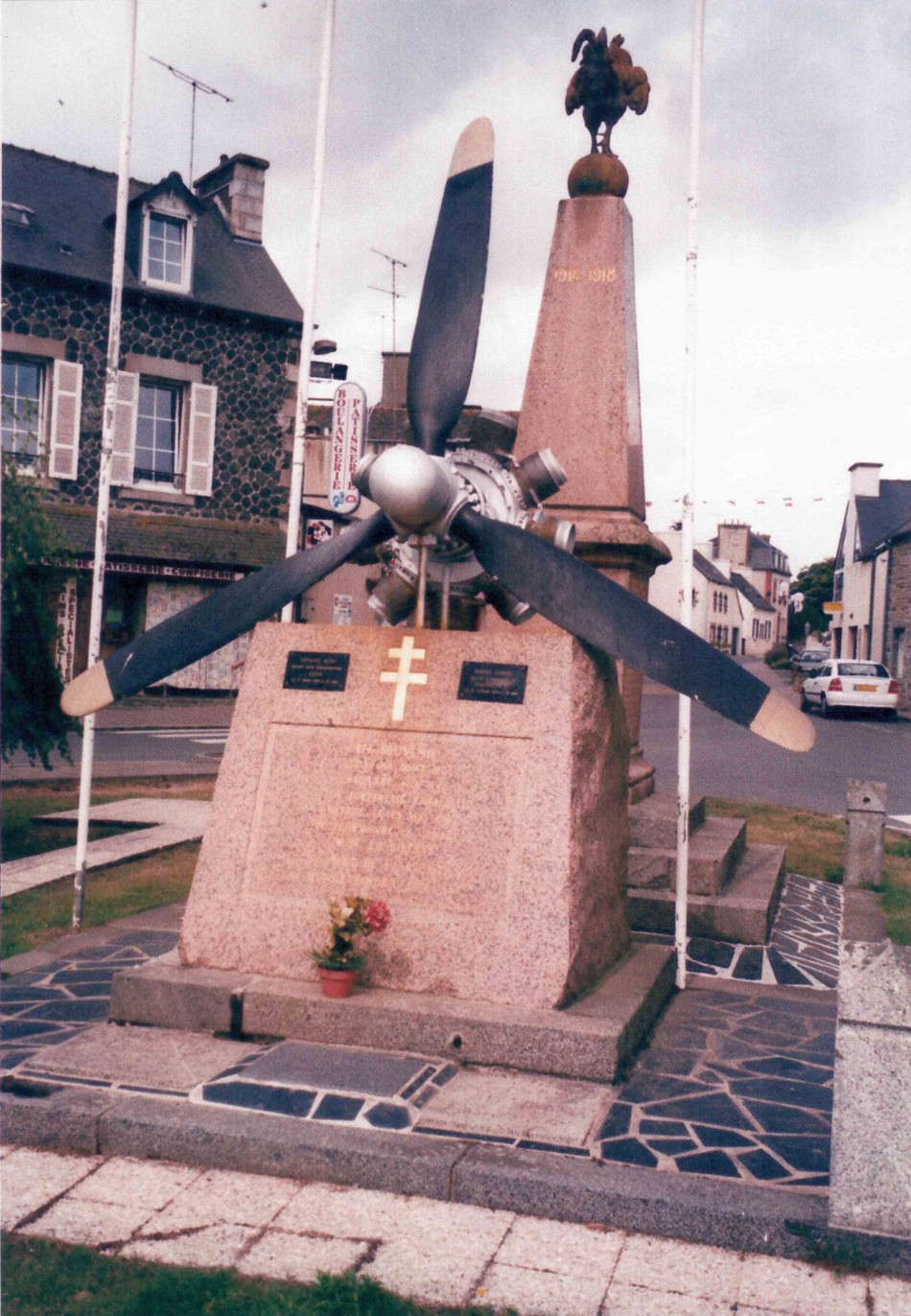