The town park by the river.
Take Exit 34 of the A64 then the D3 south. Take the first right SW after the train tracks, then second left north through the park. Take the second right SE across the river. The monument will be on the northern side of the road.
To the aviators and engineers who dedicated their time and lives to civil aviation.

September 14th 1906: The first flight over the gardens of Bagatelle by Santos Dumont.

August 8th 1908: Wilbur Wright's first flight at the Camp des Hunaudieres and the establishment of the first aviation record.

The first experiments of the Wright brothers in the US in 1904 who helped developed peace between the people of Earth. 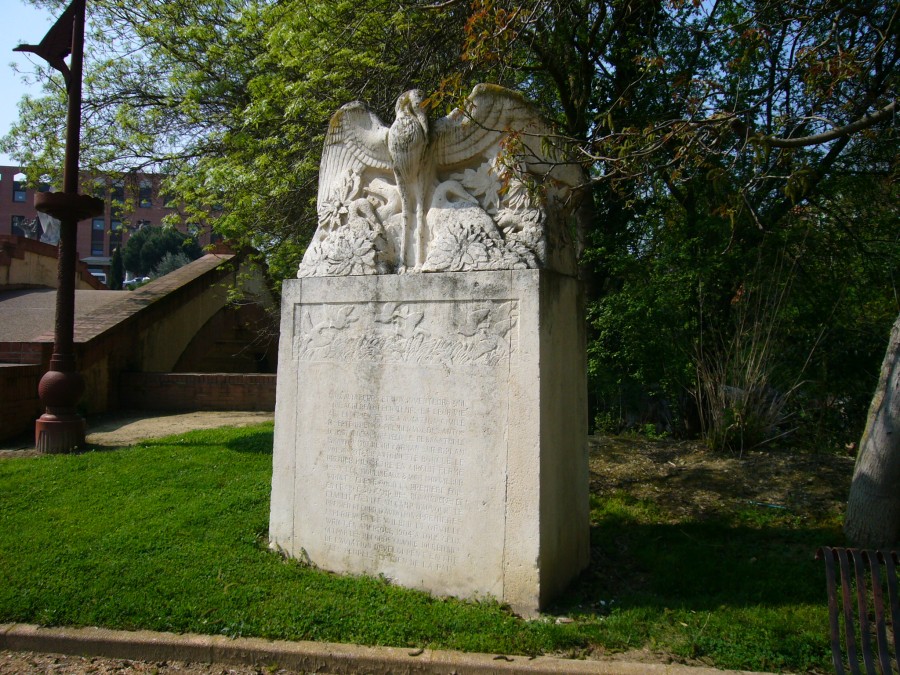 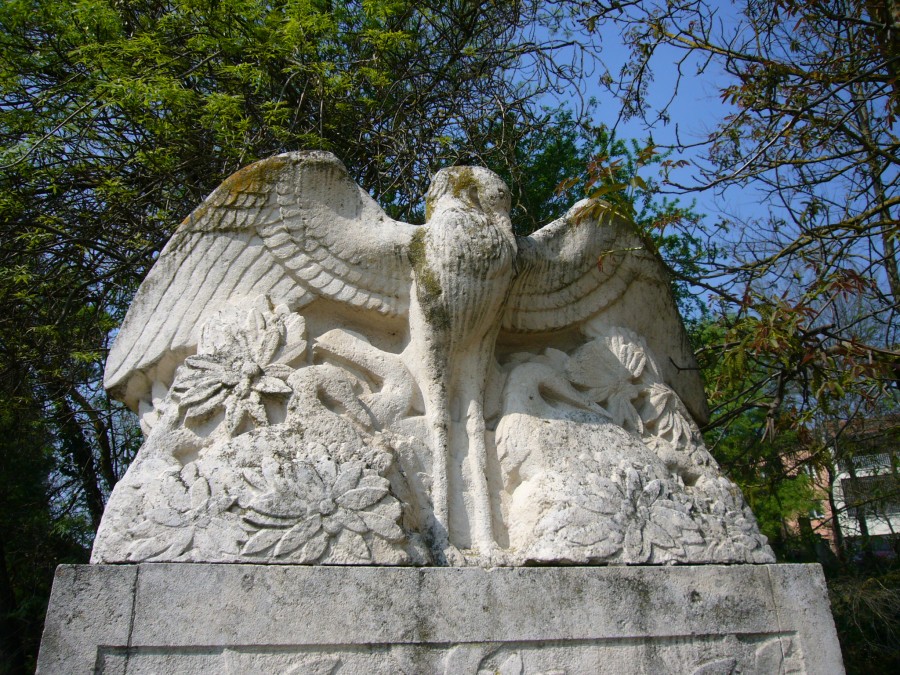 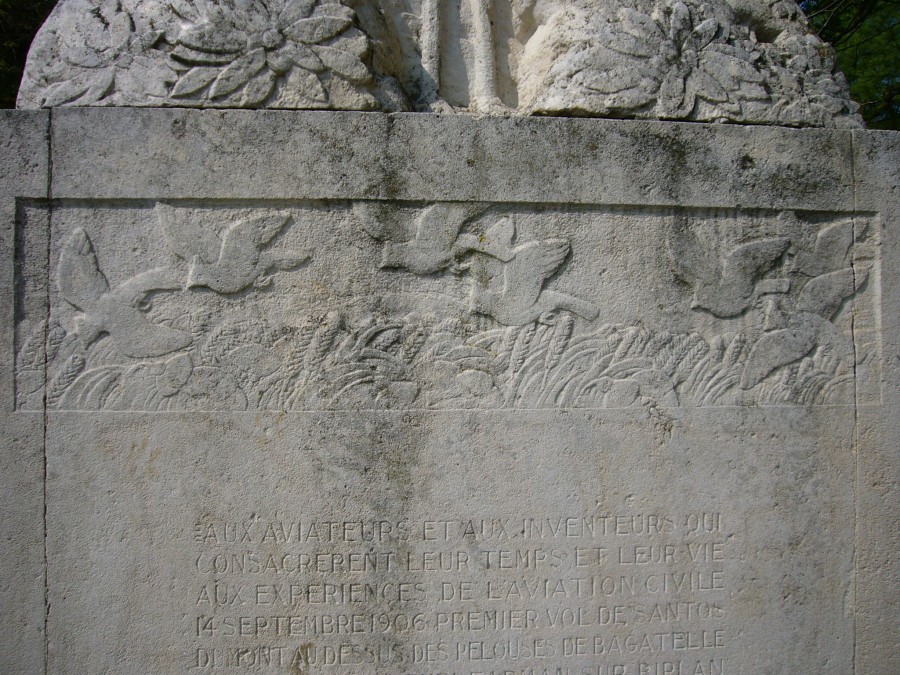 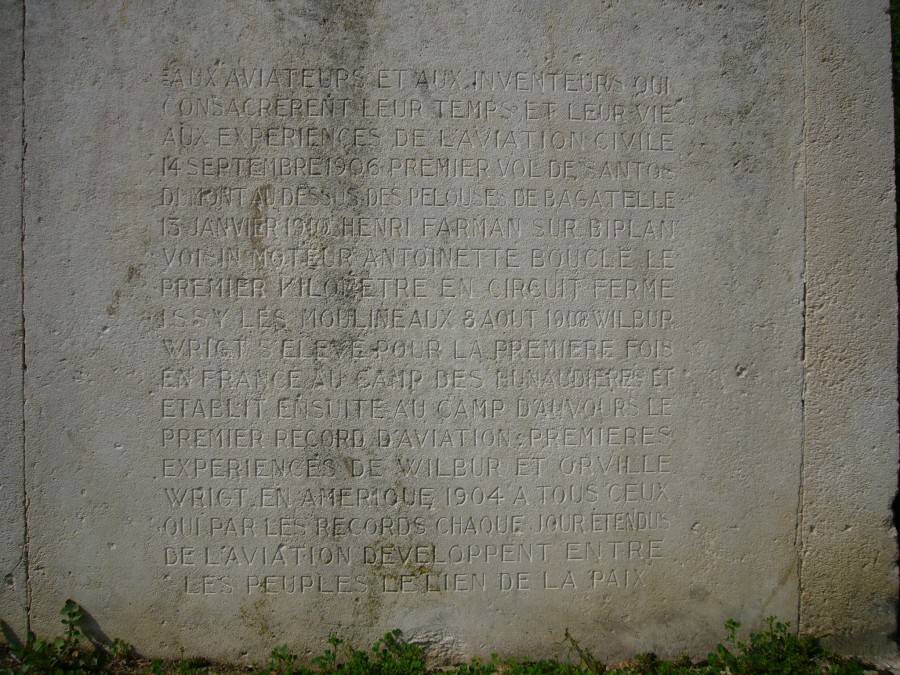