Town cemetery surrounding the Nubûˋcourt town church.
On Rue de l'Eglise, on the south side of the road.

Black Thursday, October 14, 1943 an American bomber
was shot at a place called
Griffeny near Nubûˋcourt.
Lt. William H. Wilson lost his life there.
9 crew members were saved by their parachutes.

Sheltered secretly by families of Meuse,
they were able to reach Switzerland.
In memory of the sacrifices of these American Airmen
for the Liberation of FRANCE.

The itinerary as shown on the panel was: GRAFTON UNDERWOOD - SCHWEINFURT ô NUBECOURT

Notified by : Roger Baron.   Record added 20/05/2010.
Photos : Roger Baron, Claude Gascon.
The photos are under copyright. They may not be reproduced, modified, distributed in any support without prior permission.
You are free to make links to this page. 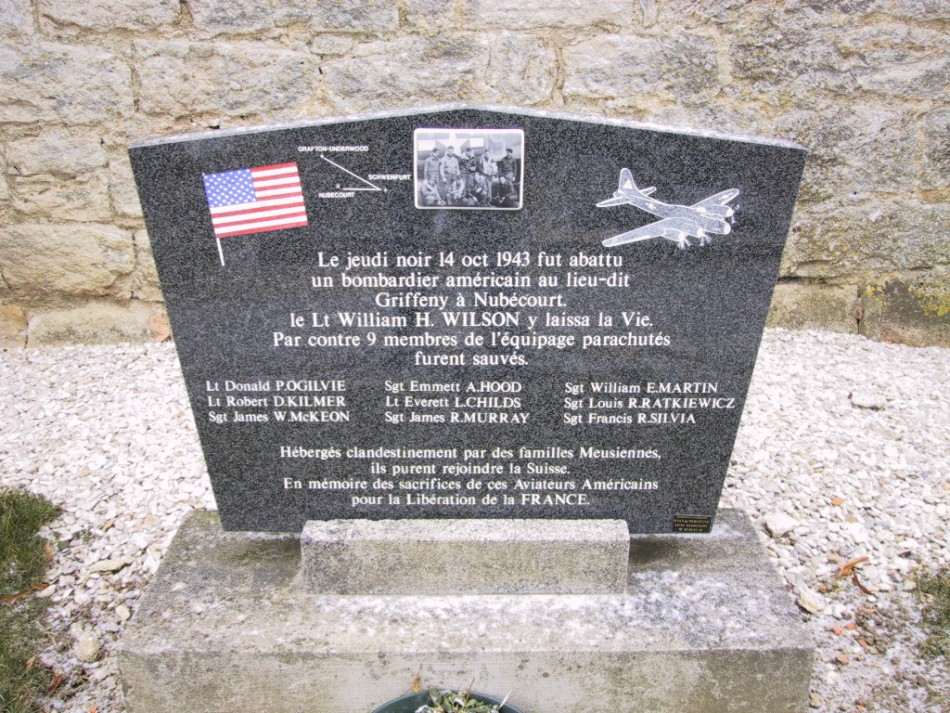 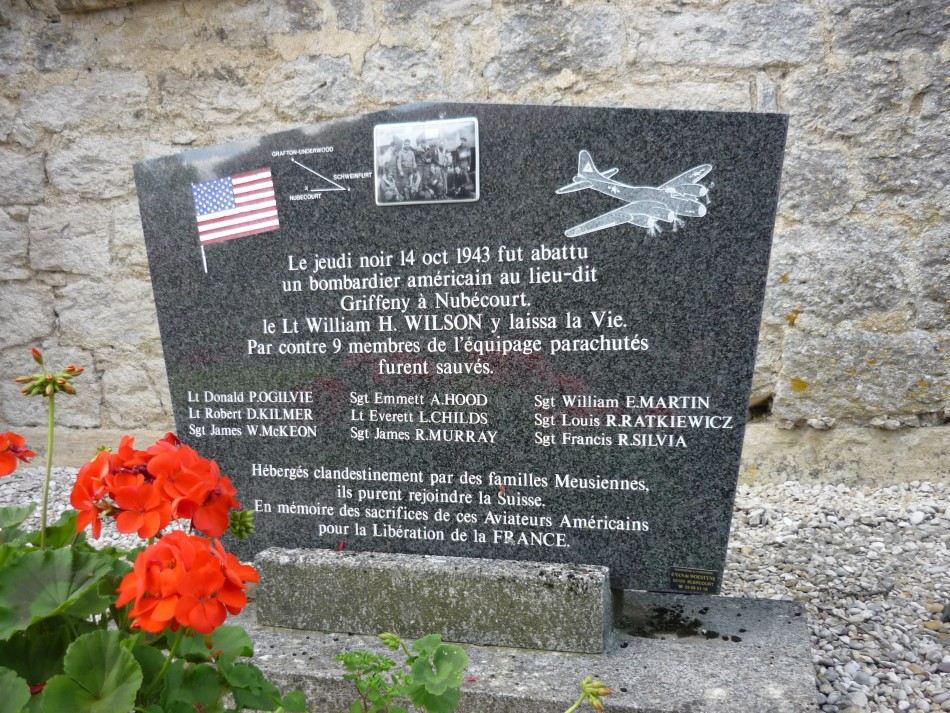 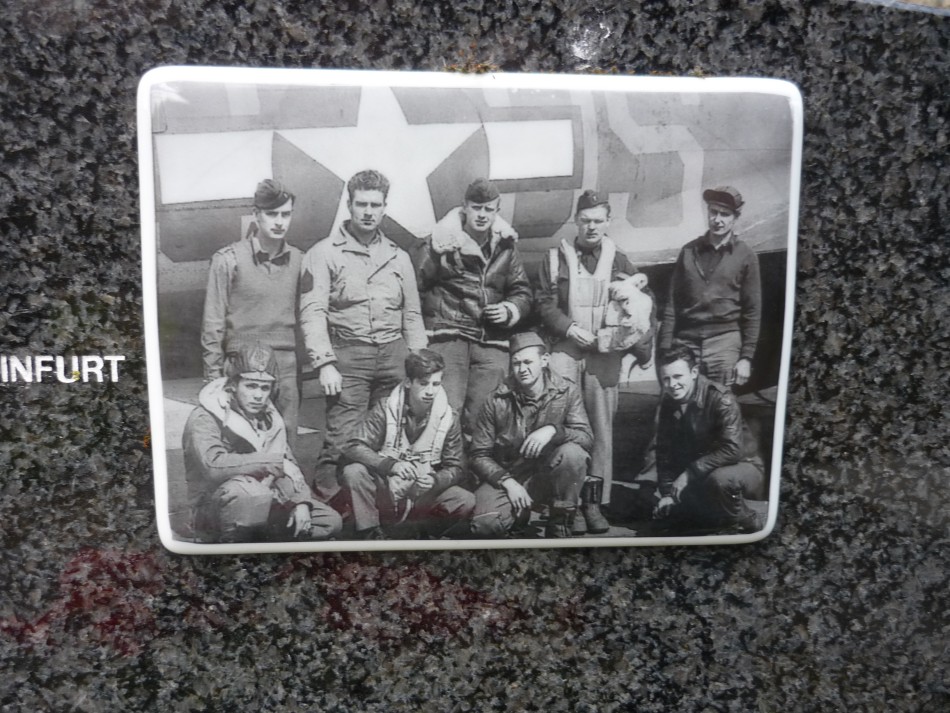