A memorial panel to the town's liberators is on the SE side of the D146 in Rouville.
From Valognes take the D418 W to Rouville. Go into town S on the D146. The monument is located on the SE of the road right before the railroad tracks.
1944 Memorial
Tuesday June 6th 1944

After taking off from the Barkston airfield, the Douglas C-47 piloted by Lt Hitztaler headed south towards the Cotentin peninsula. Their mission was to drop a stick of paratroops from F Company, 507th PIR/2nd PIB of the 82nd Airborne over the sector of Amfreville.

As they neared the coast the group encountered overcast weather. Lt Hitztaler decides to go over it and head for the drop zone.

Lt Middlebrook, flying nearby, is the last to have seen the plane. Shortly thereafter, Lt Hitztaler's plane came under AA fire. His controls shot, he orders the crew to bail out before it's too late.

22 parachutes open over the Norman countryside, blowing the men around at random. The lucky few were hidden by locals and able to rejoin Allied lines.

The charred remains of two or three bodies were found in the burnt out aircraft. One man was not identified. To this day, radio operator Montgomery Orlo is still listed as MIA. Some of his mortal remains are no doubt buried with under X in the Colleville cemetery.

All this research was made possible thanks to the eyewitnesses that lived in the area. They are the invaluable guardians of memory.

Notified by : Marie Baud.   Record added 30/06/2010.
Photos : Marie Baud.
The photos are under copyright. They may not be reproduced, modified, distributed in any support without prior permission.
You are free to make links to this page. 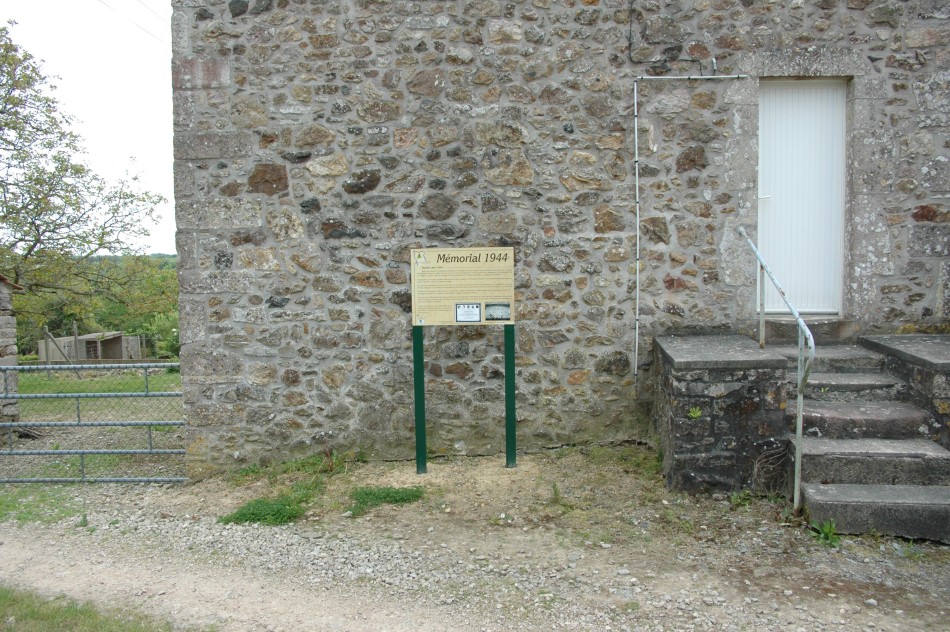 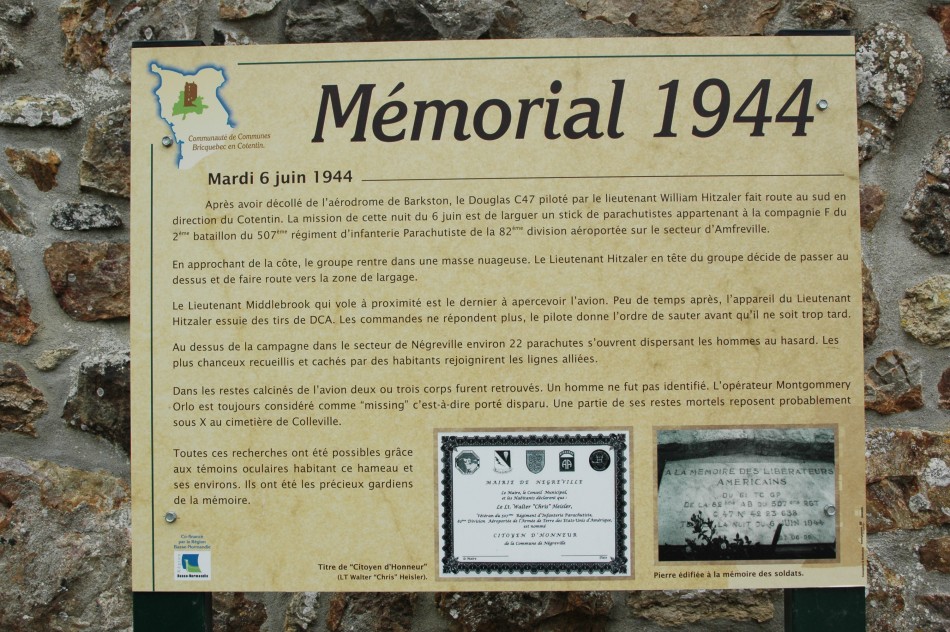