At the Murvaux city limits, a memorial to a US WWI aviator.
Take the D980 NE from Reims. It turns into the D946 then D947. Follow the latter until Stenay. There take the D964 S and turn E on the D102. If you pass the Kitty Caravan Inn you went too far. Follow the D102 through Milly-sur-Bradon. The monument is on the S side of the road just before Murvaux.
Memory of Lt Frank Luke, United States Air Service, balloon busting ace of WWI
Critically wounded he landed his SPAD 700 yards North and was killed by German small arms fire 29 September 1918
Plaque restored by the Great War Aviation Memorial Committee and the town of Murvaux
11 November 2000
He is buried in the Romagne cemetery under Montfaucon : Plot A, Row 26, GR 13.

Notified by : Claude Gascon.   Record added 04/07/2011.
Photos : Claude Gascon (06/2011).
The photos are under copyright. They may not be reproduced, modified, distributed in any support without prior permission.
You are free to make links to this page. 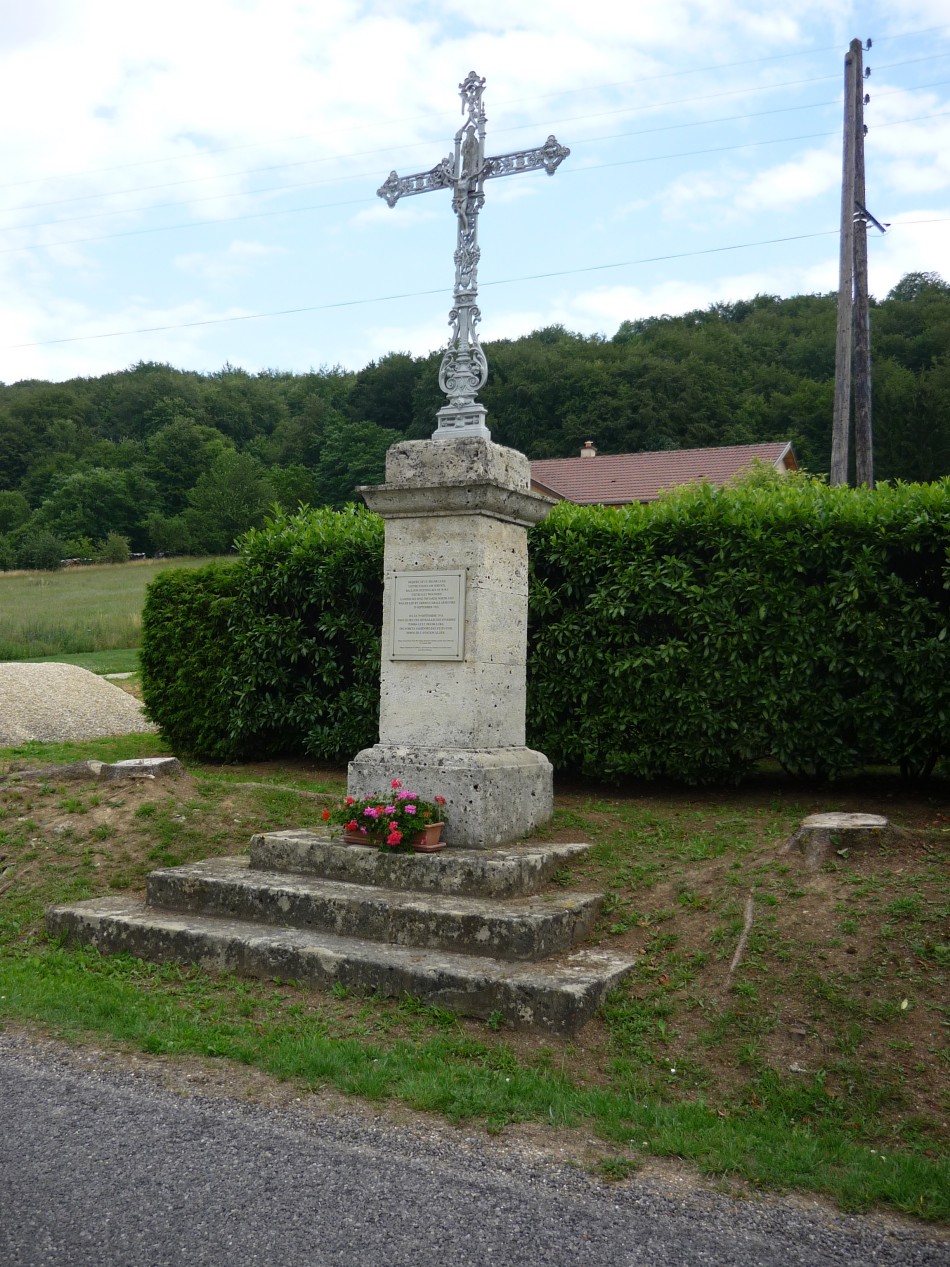 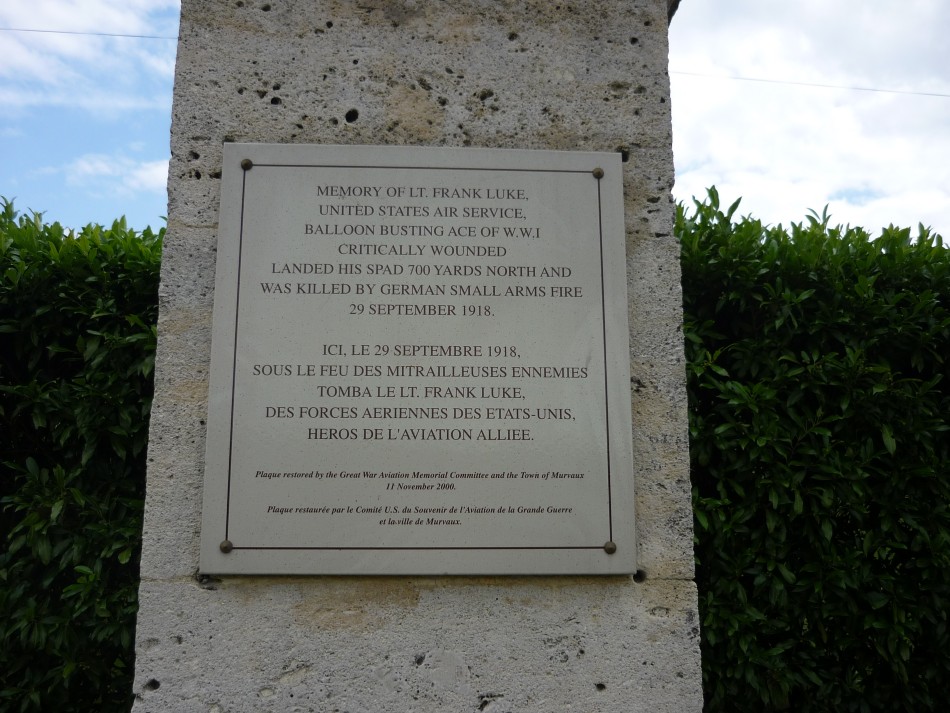 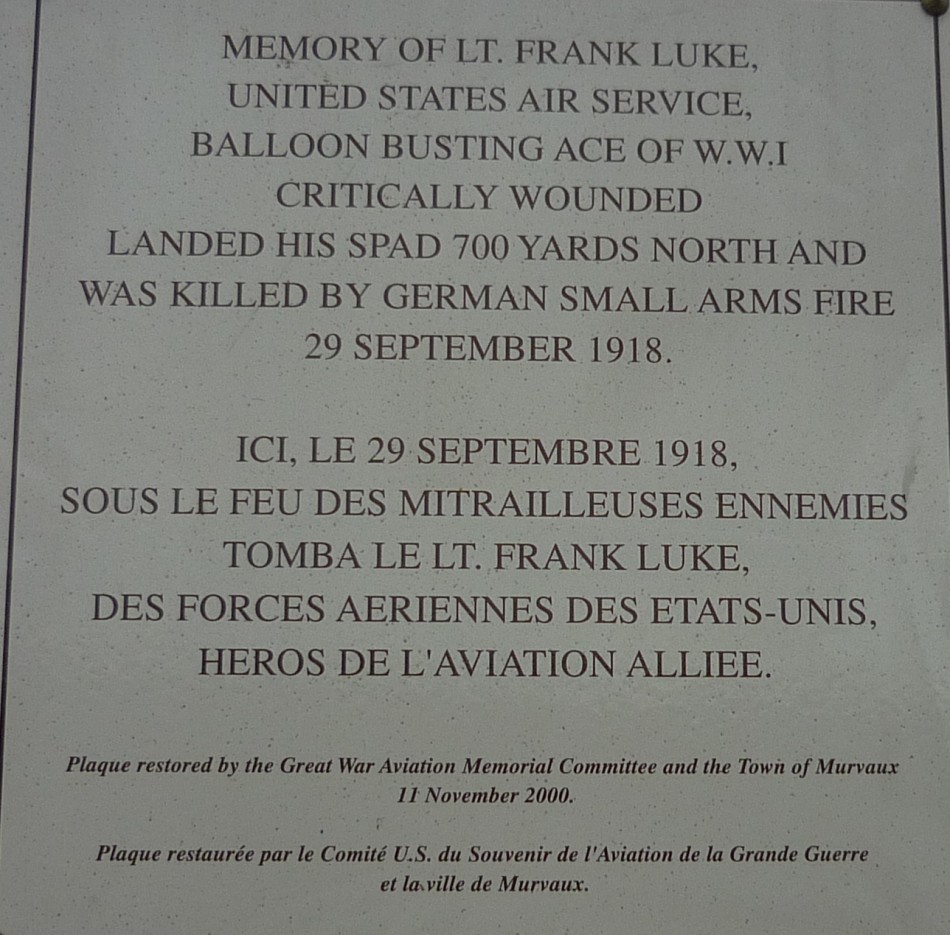