The S roadside of the D955 contains a memorial to US aviators.

D955 , Mouchin , 59-Nord , Nord-Pas-de-Calais , France
From Lille take the D955 SE. The monument is on the S side 200m outside the Mouchin town limits.
In memory of the US aviators that died while on a mission October 9th 1942
327th Squadron
92nd Group
Donald Buckland
Francis Chorak
Malcolm Culpepper
John Dolan
James Lane

While returning from a bombing mission over the railroad installations at Hellemmes, the B17 41-9018 327th BS 92nd BG 1st BW piloted by Lt Chorak F was hit by flak and German fighter fire. It was shot down by Lt Otto Stammberger of 9/JG/26. Despite a ferocious resistance, the bomber lost its tail and three engines. Four of the nine crew members bailed out successfully while the plane disintegrated over Lannay.

Notified by : Michel Coste.   Record added 27/07/2009.
Photos : Michel Coste.
The photos are under copyright. They may not be reproduced, modified, distributed in any support without prior permission.
You are free to make links to this page. 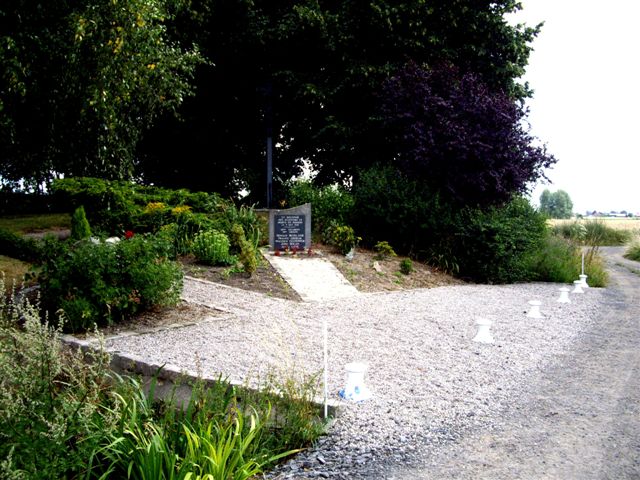 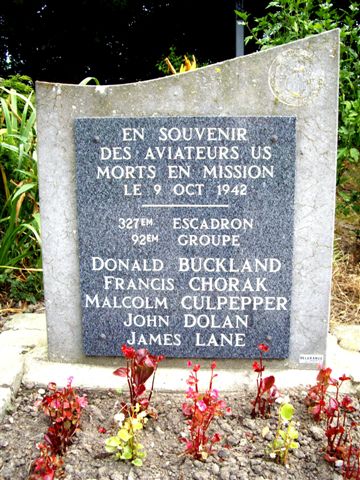