A monument on the side of the road, on the bridge flanked by two flags hung on colored poles, commemorating an American aviator.
Located on the bridge at the confluence of the Traine and the Dives rivulets in the hamlet of Cantepie.
In memory of captain (F5-12 St James) Robert A. Cranmer, pilot
474th Fighter Group/430th Fighter Squadron USAAF
Dead for our freedom
The 14th of August, 1944

This monument was erected in memory of Captain R.A Cranmer, whose P-38 was shot down by flak during the Battle of Falaise on August 14th, 1944. One of the blades found by the ANSA was sent back to his family in the US.

Notified by : Philippe Bauduin.   Record added 30/12/2008.
Photos : Philippe Bauduin (12/2008).
The photos are under copyright. They may not be reproduced, modified, distributed in any support without prior permission.
You are free to make links to this page. 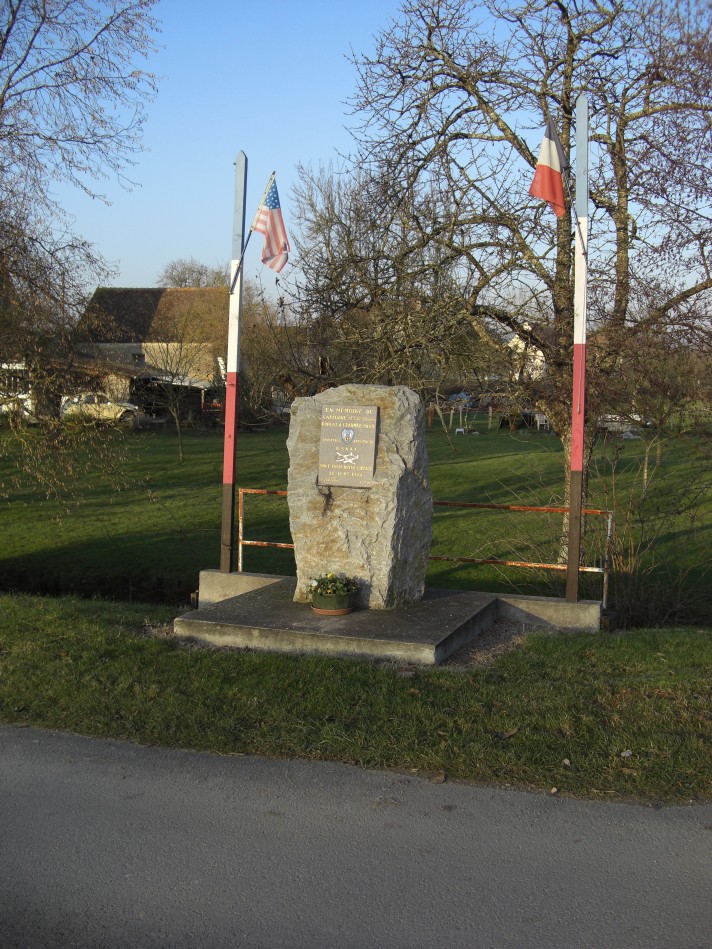 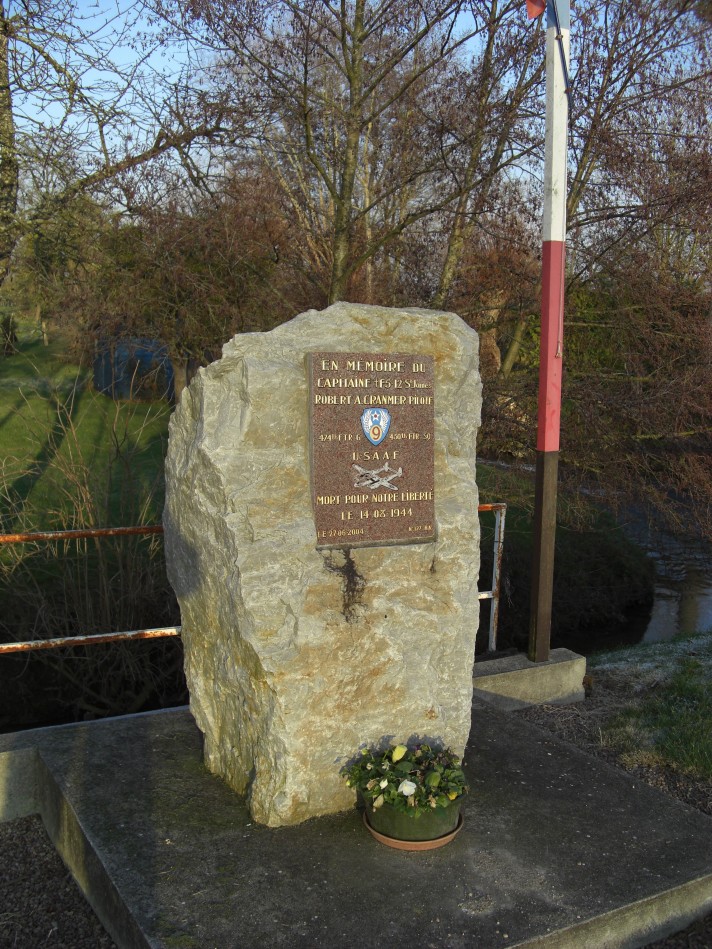 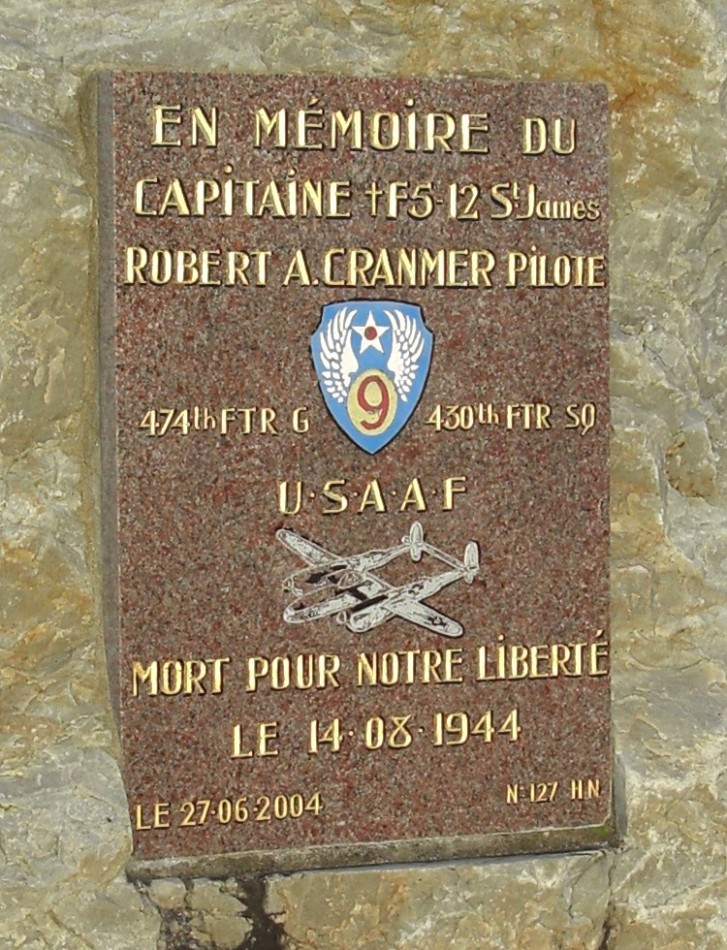