A monument on the side of the D258 honoring American aviators.
South of Montlieu-la-Garde, on the side of the D258 going towards Clerac, at the intersection that leads to Chez Bonnet.
To the American aviators who fell here on December 31st, 1943./ The Montlieu Souvenir Francais Committee.
Crew 1st Lt Thomas Mc Kee/ 2nd Lt Lieutenant Thomas G. Walker/ 2nd Lt Lieutenant Robert S. Dinsmore/ 2nd Lt Lieutenant Lee Simons/ Sergeant Thomas C. Morisson/ Sergeant Ward M. Suckal (Sackal)/ Sergeant Horace G. Murphy JN/ Sergeant Marione Nuzum/ Sergeant Richard E. Painter.
On December 31st, 1943, a sizable contingent of American flying fortresses were overflying Montlieu la Garde on a high-altitude mission in the region, heading towards Cognac. The last fortress was attacked by a German fighter and exploded, showering bodies and plane debris over a square kilometer. In addition to the crew, Madame Bourdejeau of Chez Cadeau was an innocent victim. The american aviators were buried in the Saint Vivien cemetery where their graves were maintained and decorated with flowers until their repatriation. The monument raised here in their memory was inaugurated on the anniversary of that tragic day four years later. The american troops stationed in Bussac never missed the opportunity to commemorate that day, and since their departure, the Souvenir Francais maintains both the monument and the memory of those events. Eyewitnesses gladly recounted what they had seen and their stories are preserved in the archives of the Montlieu la Garde Souvenir Francais. 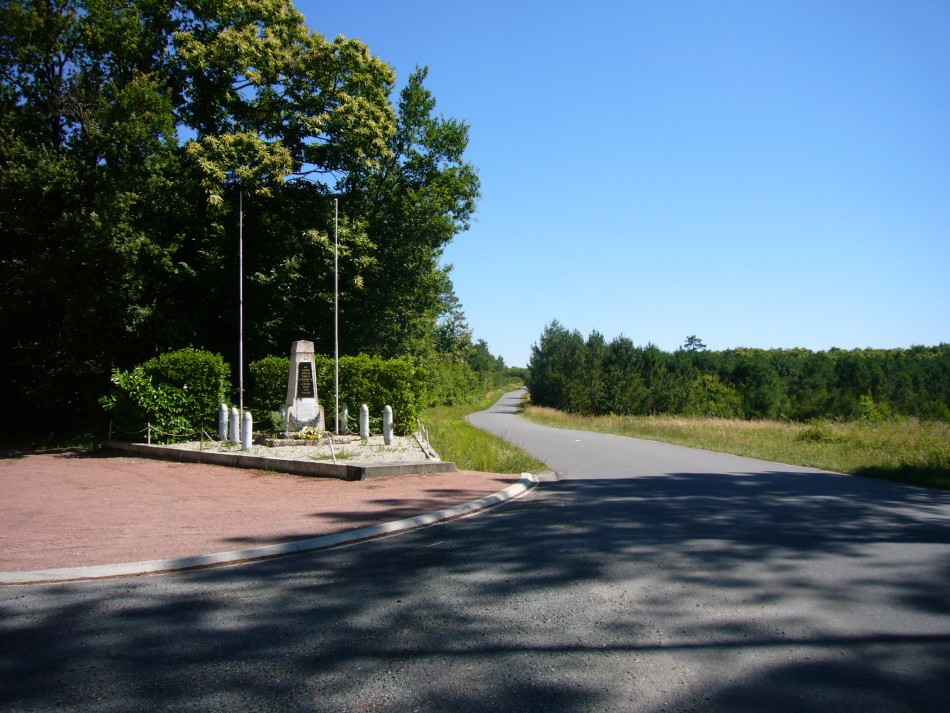 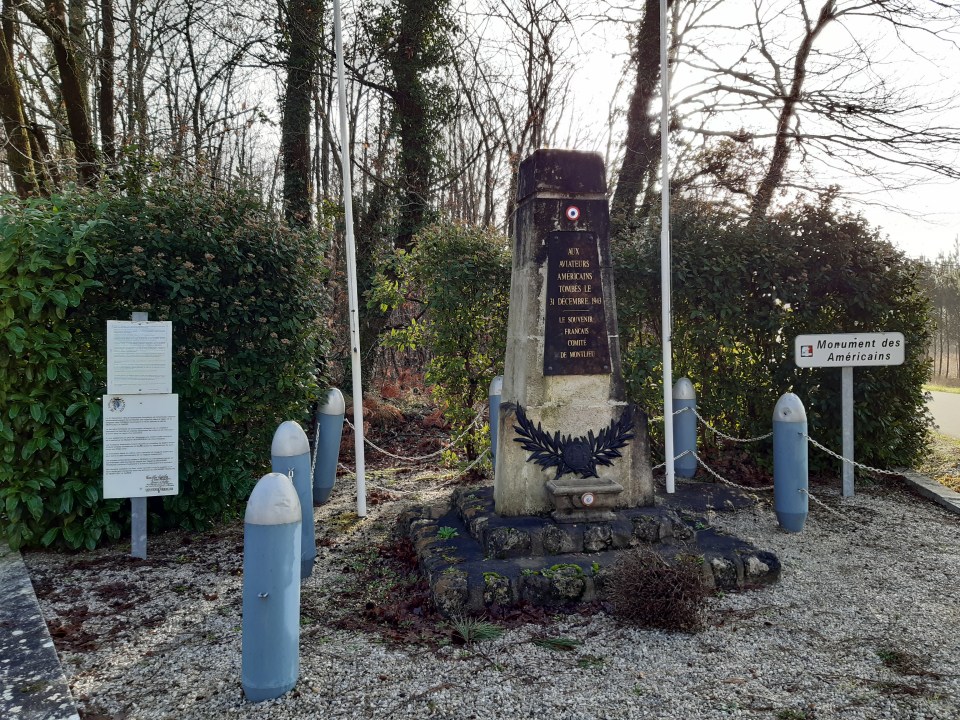 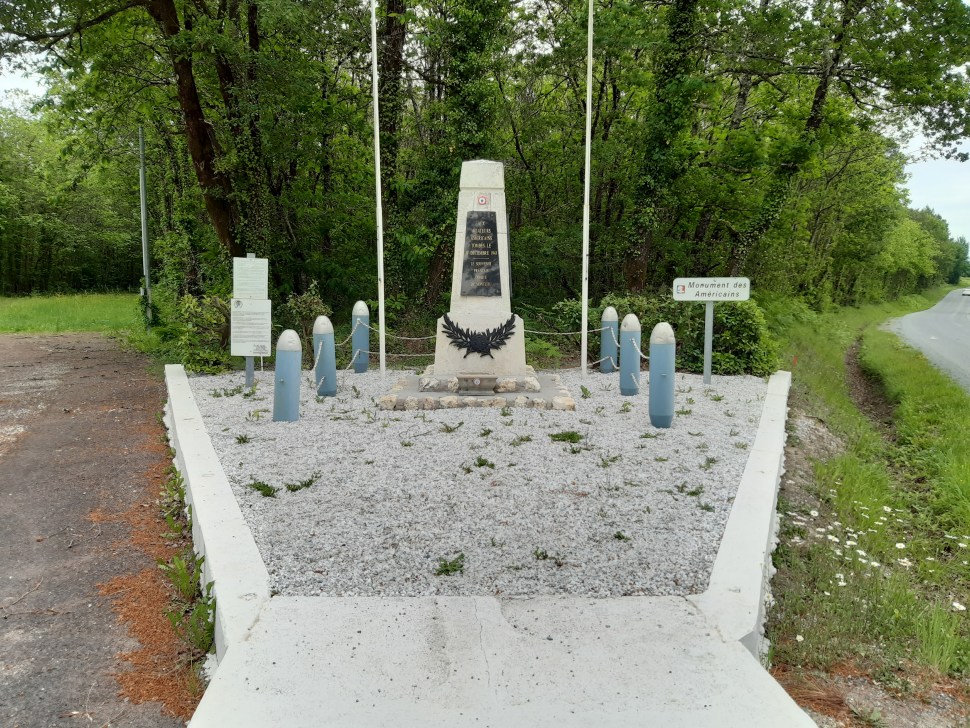 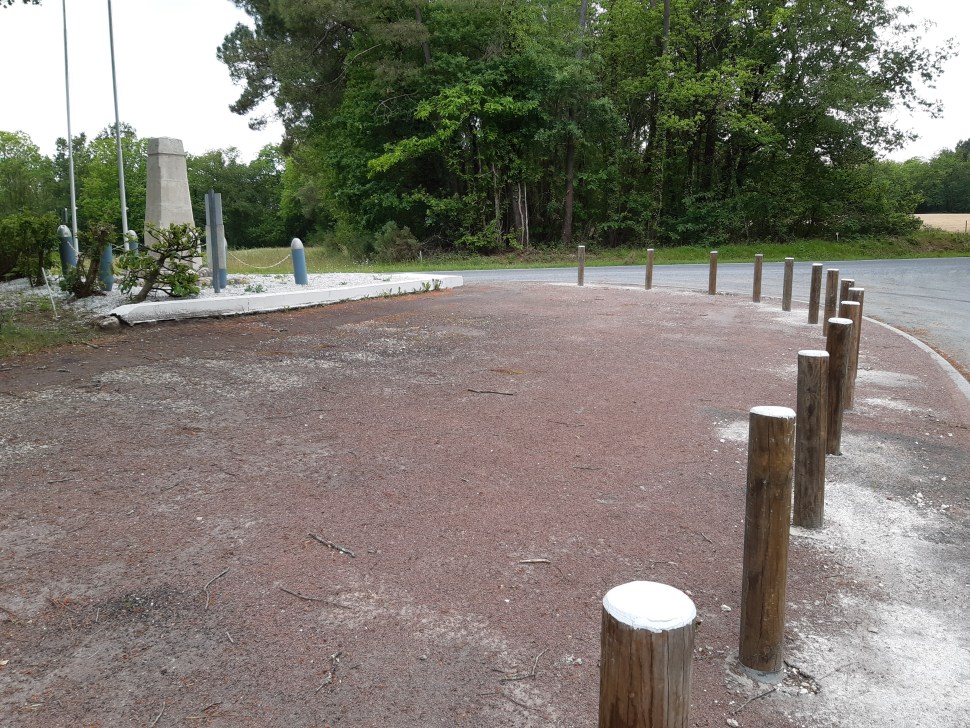 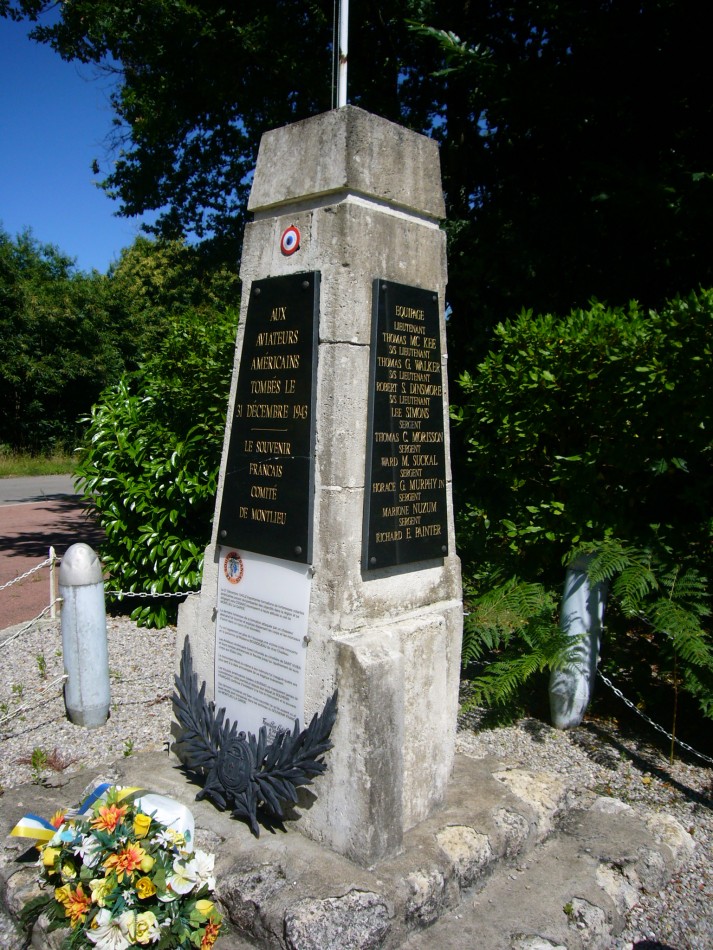 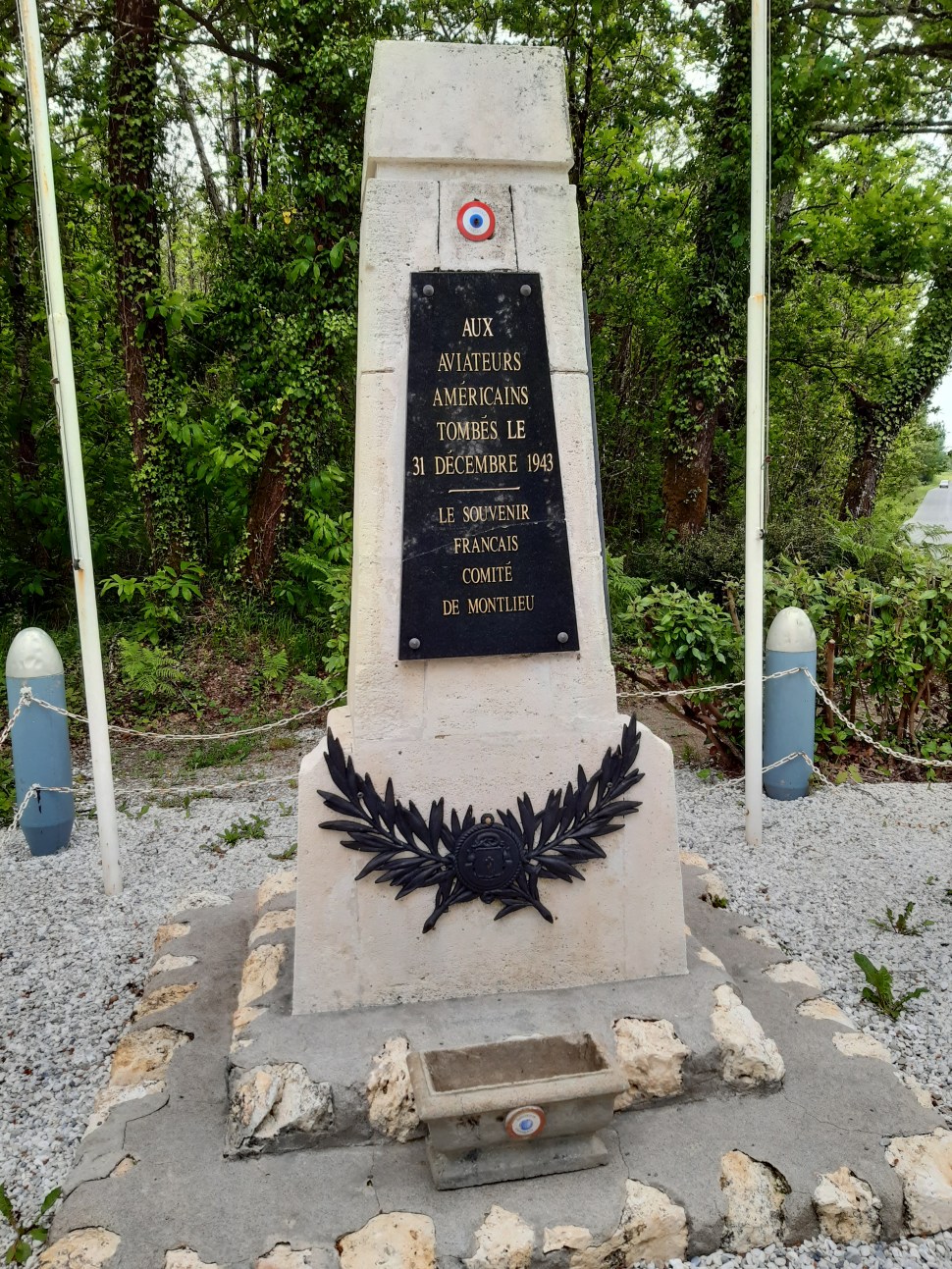 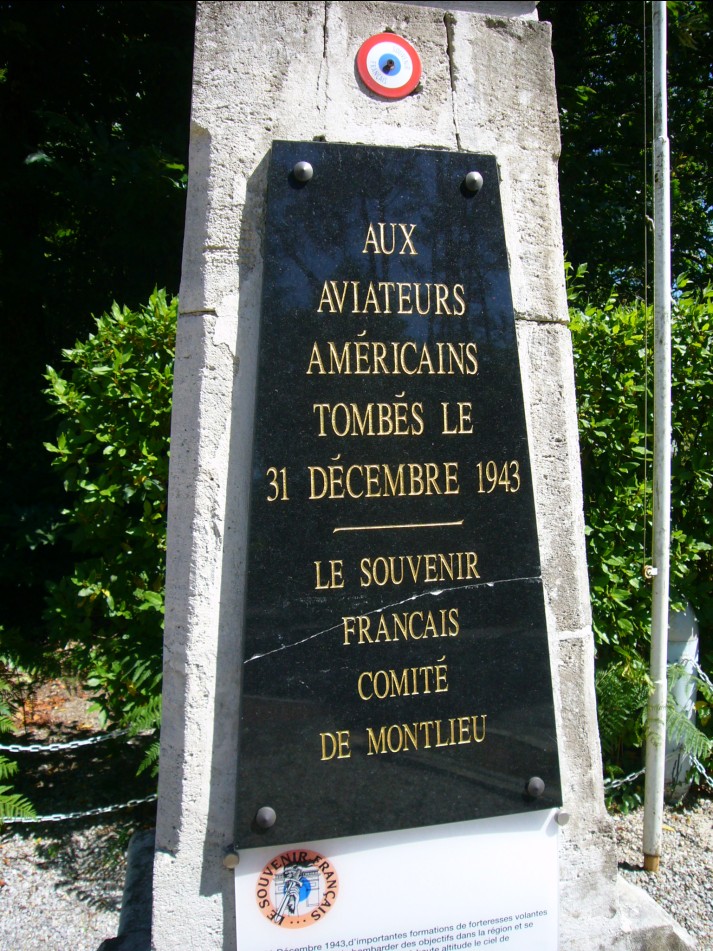 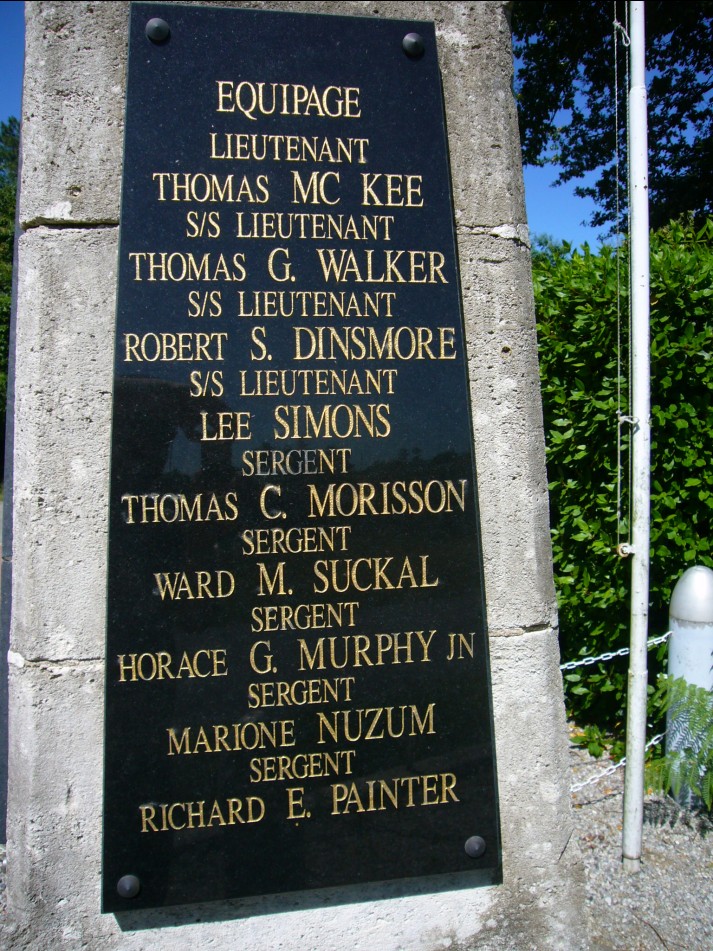 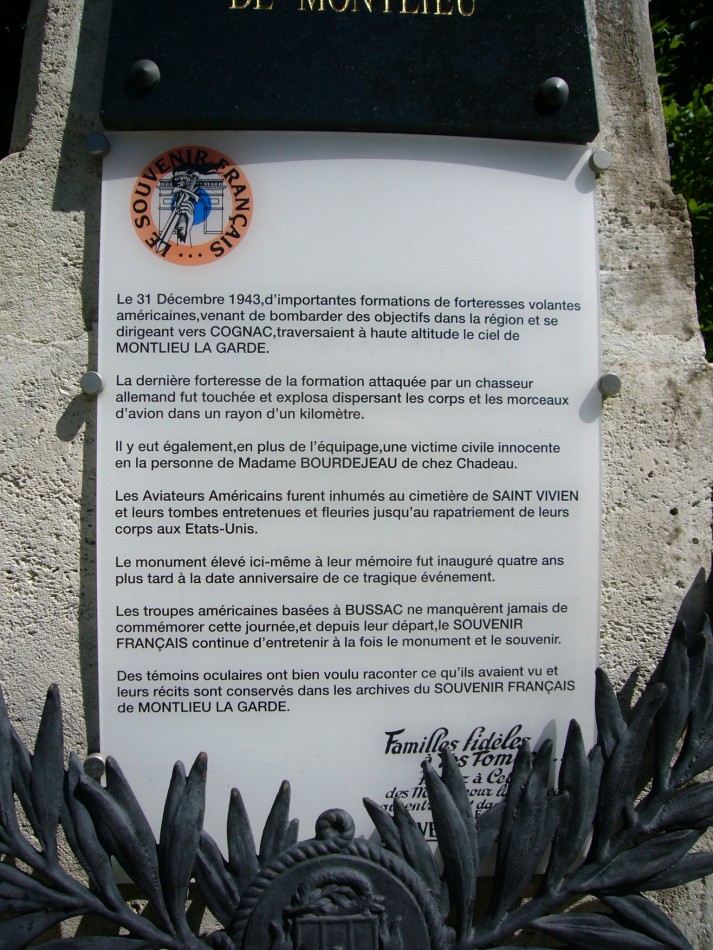 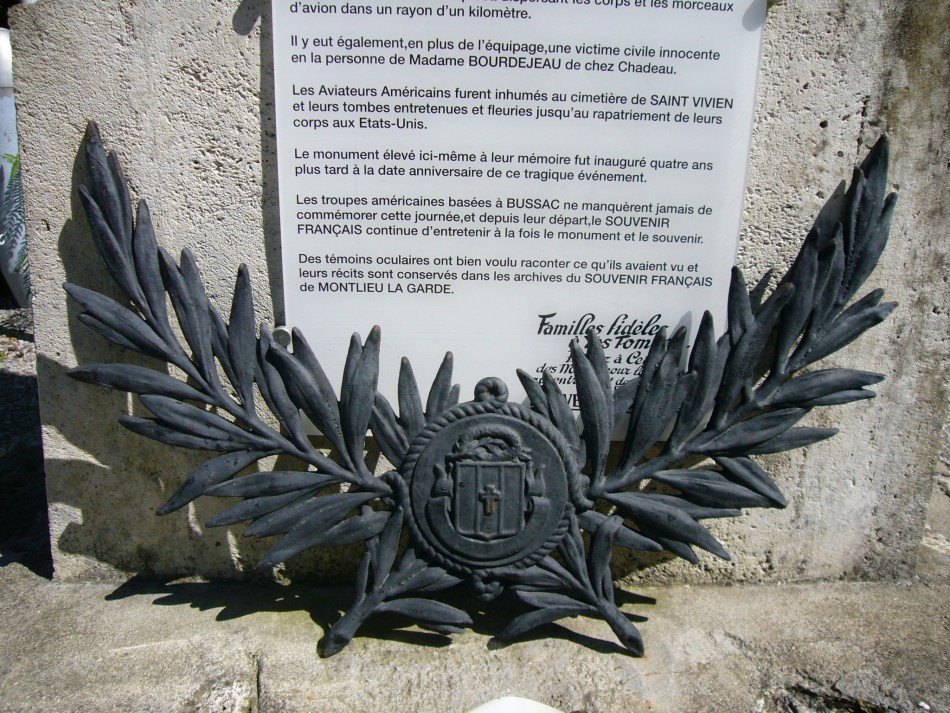 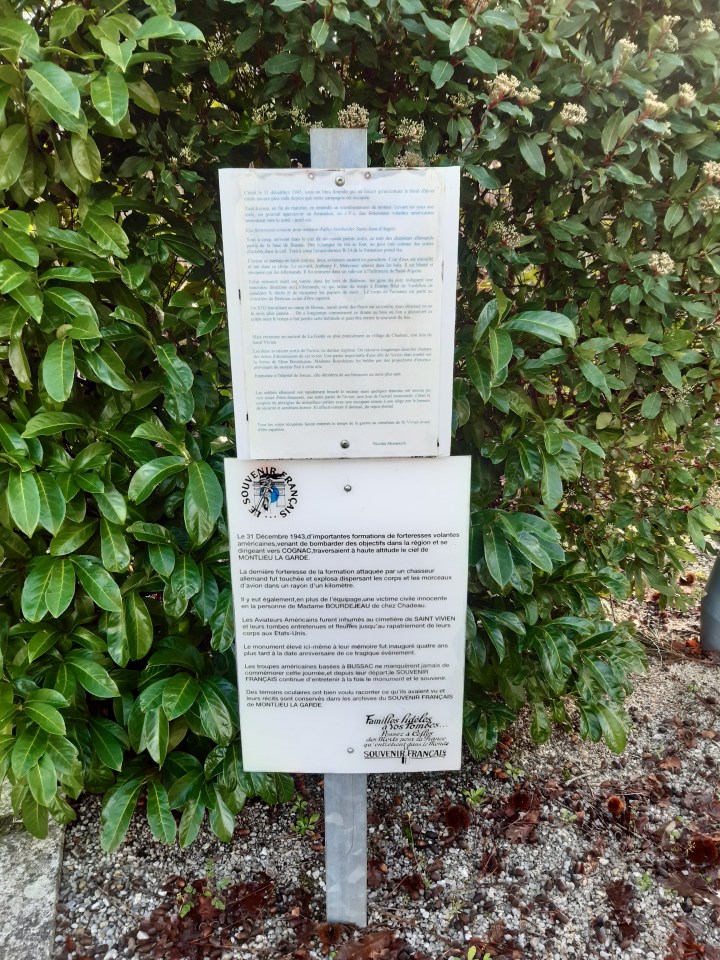 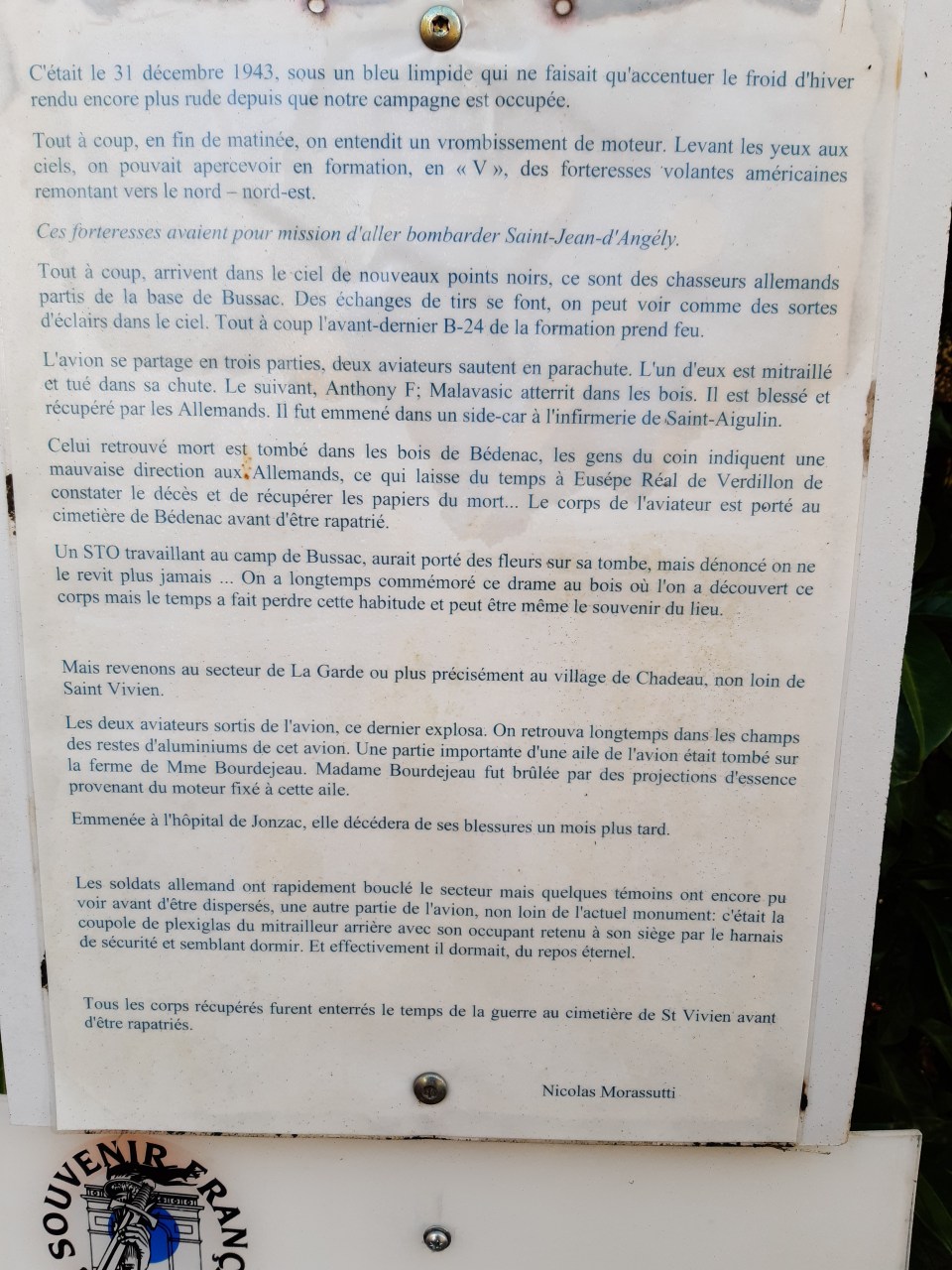 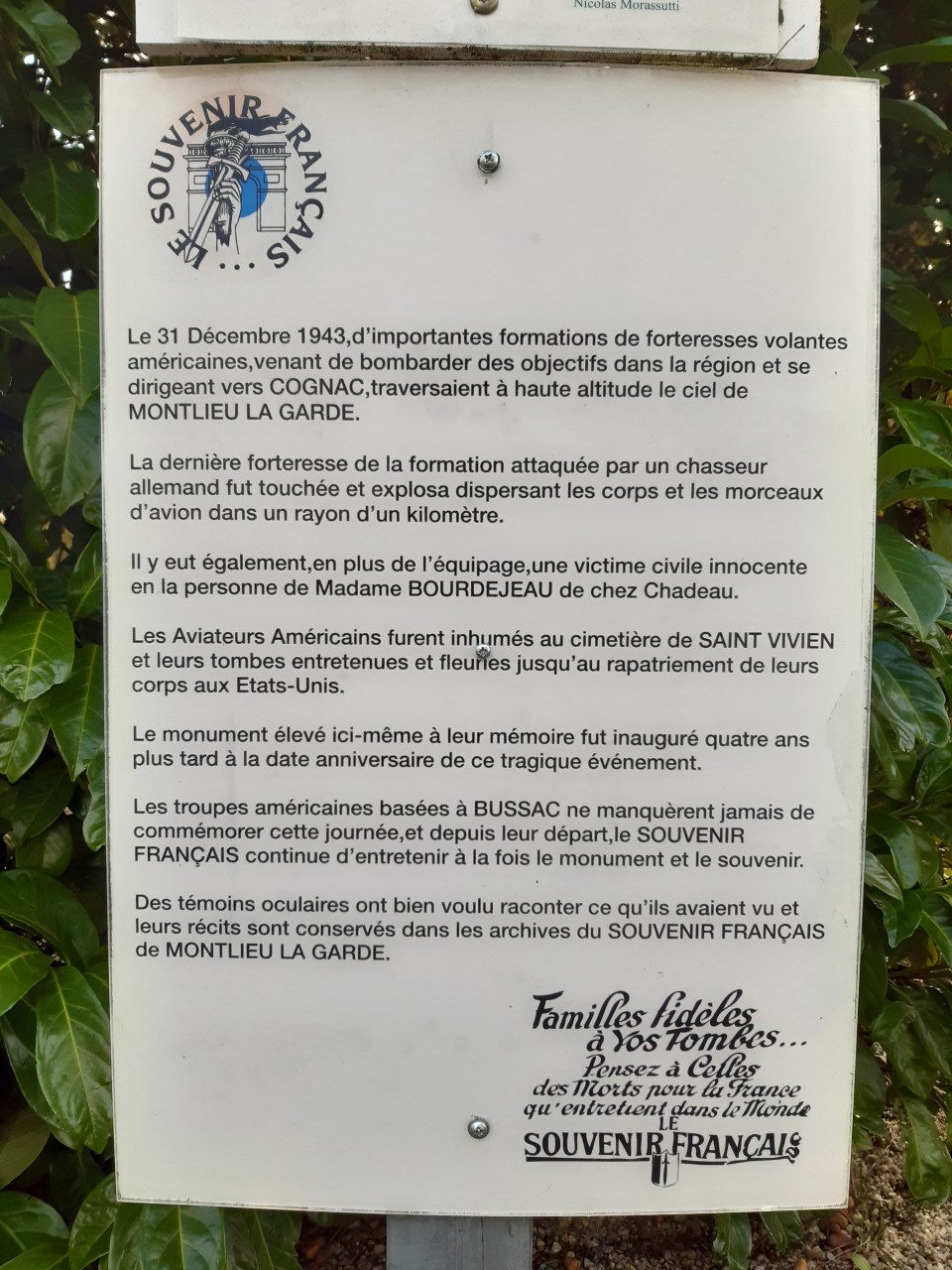