A monument by the side of the road honoring a fallen American pilot.
From the A7 take the D541 east to Grignan. Change to the D14 to Taulignan. There head south on the D167. Cross the Lez river and head east on Les Plans then turn northeast on La Caillonne.
In memory of FO Keith R. Jennings of the 87th Fighter Squadron, 79th Fighter Group USAAF who died at 20 years old on August 28th 1944 while piloting his P47 for the liberation of France.
He died during the battle of Montelimar, shot down at the controls of his P-47 Thunderbolt by German aircraft on August 28th 1944. He was 20 years old. His plane damaged from aerial combat, FO Jennings might have wanted to land in the field near his crash site but, as a result of the damage, was destabilized in his approach. The plane slid along the ground and exploded against the hedgerow. The monument is located at the exact location of the crash.
His body was exhumed from the crash site September 6th 1944 and moved to the Montelimar US military cemetery, then on to Luynes. It was moved again in 1948 for its return to St Charles, Illinois. Jennings was part of the 87th Fighter Squadron, 79th Fighter Group, 12th Air Force.

Notified by : Biolley Philippe.   Record added 06/10/2008.
Photos : Famille Jennings, Biolley Philippe.
The photos are under copyright. They may not be reproduced, modified, distributed in any support without prior permission.
You are free to make links to this page. 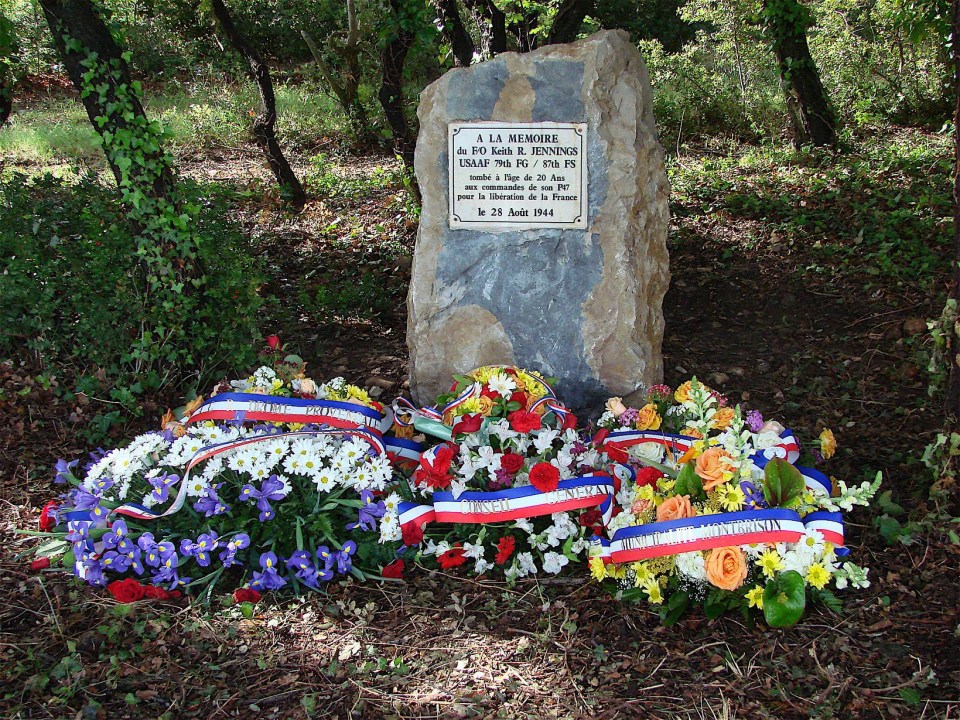 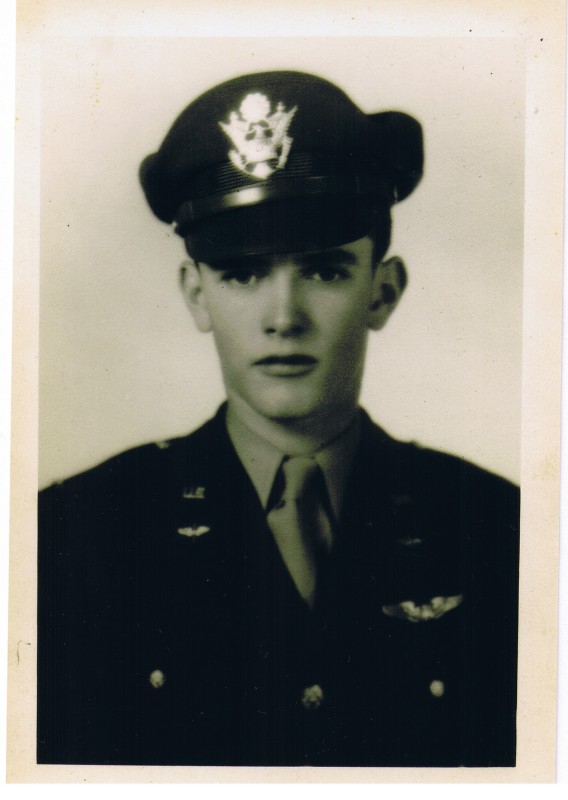 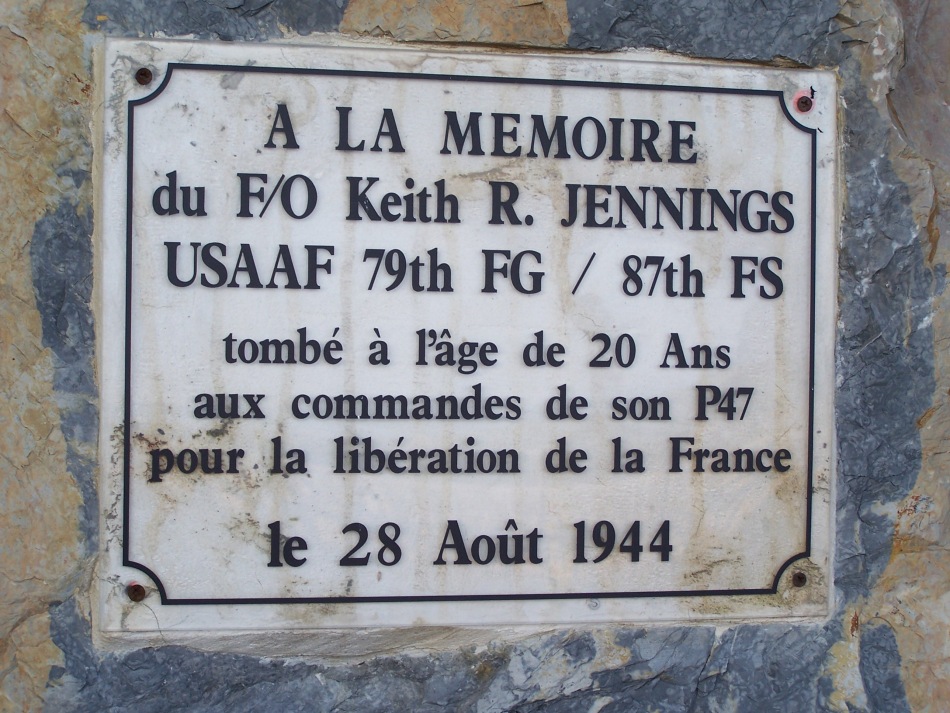