B-17 Hun Hunter and Boomerang

A memorial to a downed US aircrew is next to the town church.
Take the N165 NW from Nantes and head N on the D139/D1 shortly after crossing the river La Vilaine. Head W on the D775 and then turn N on the D5. At Molac turn S on Rue Saint-Pierre and keep going on Rue Jollivet once you reach the center of town. The monument is before the town hall next to the church.
Maps 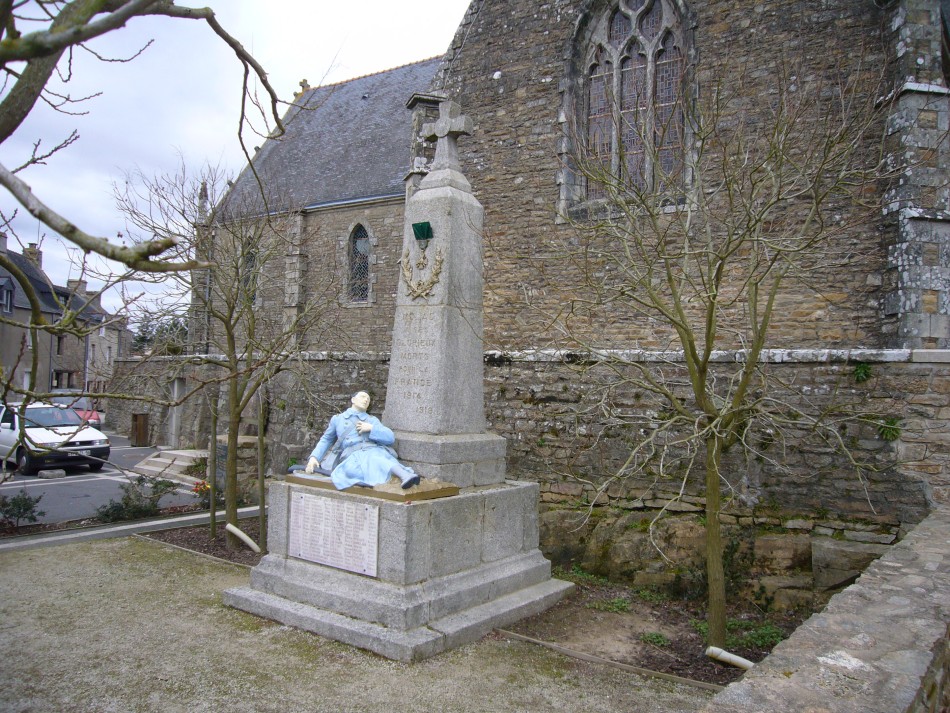 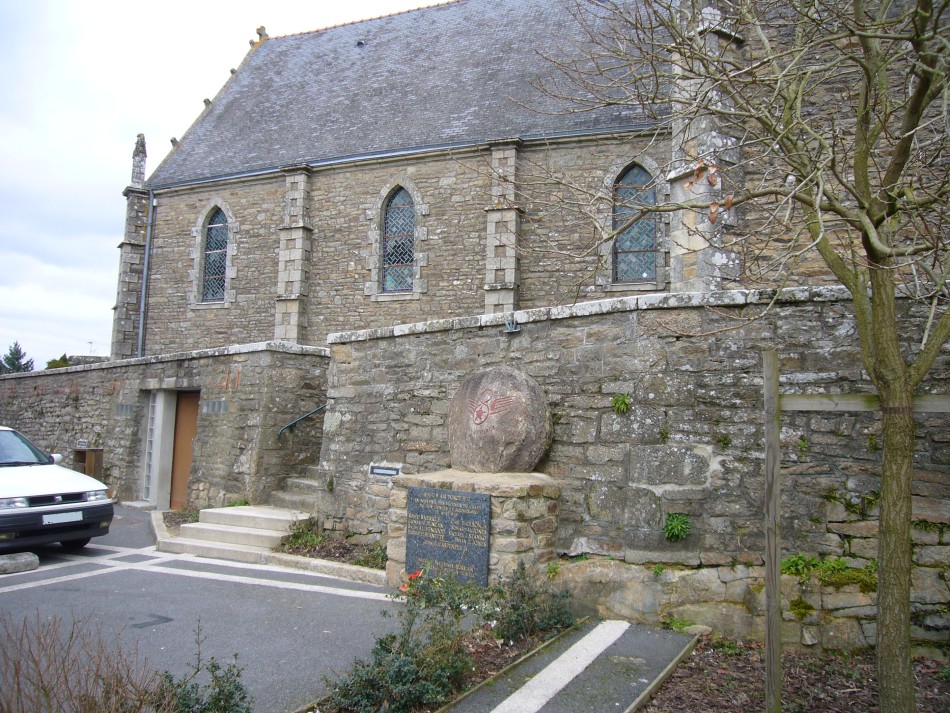 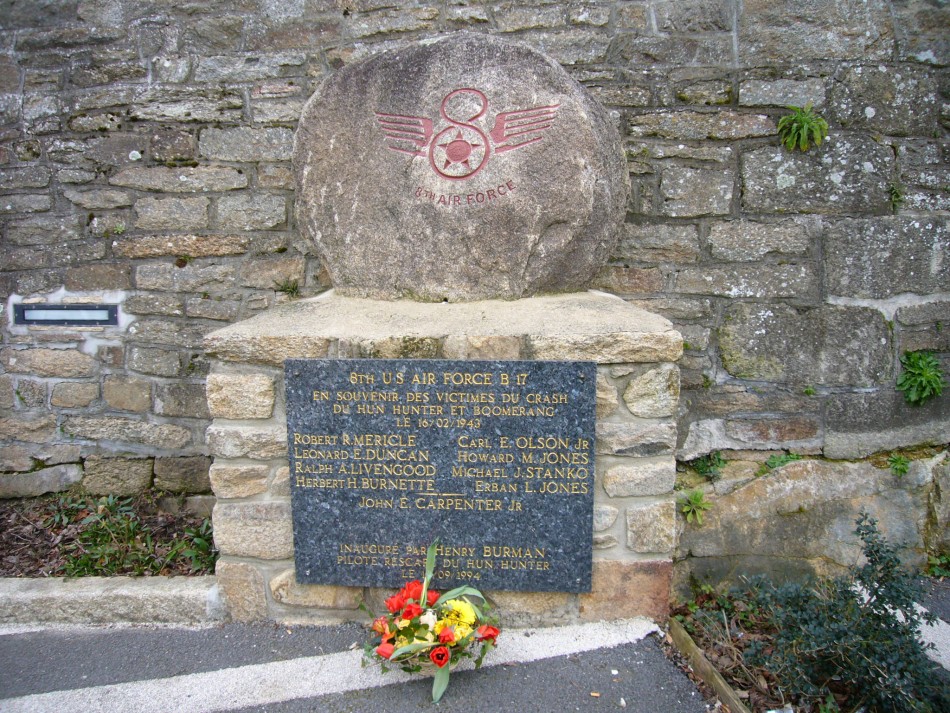 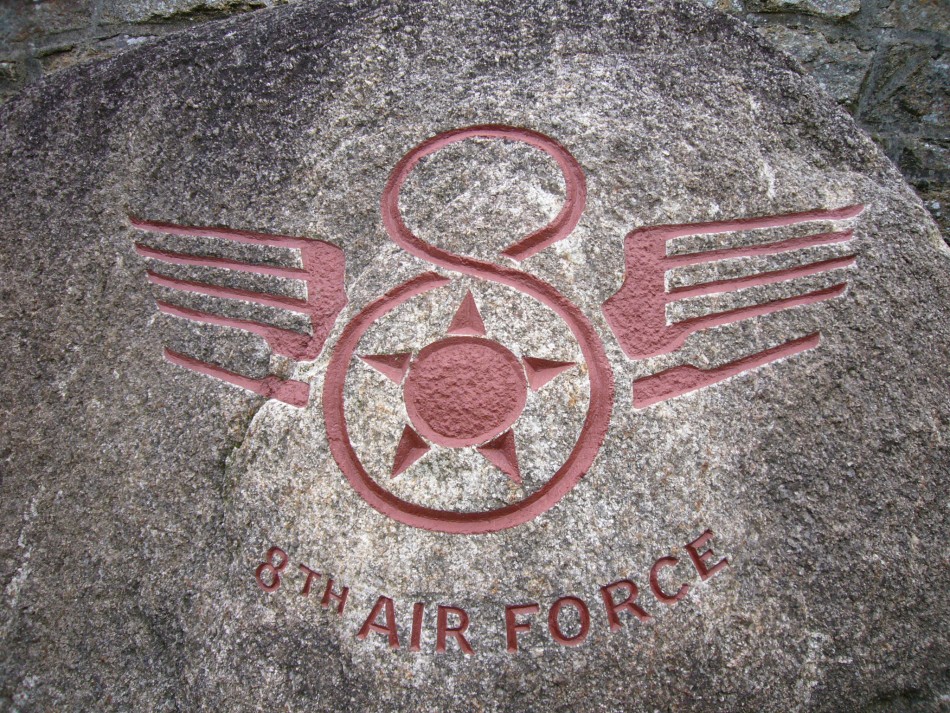 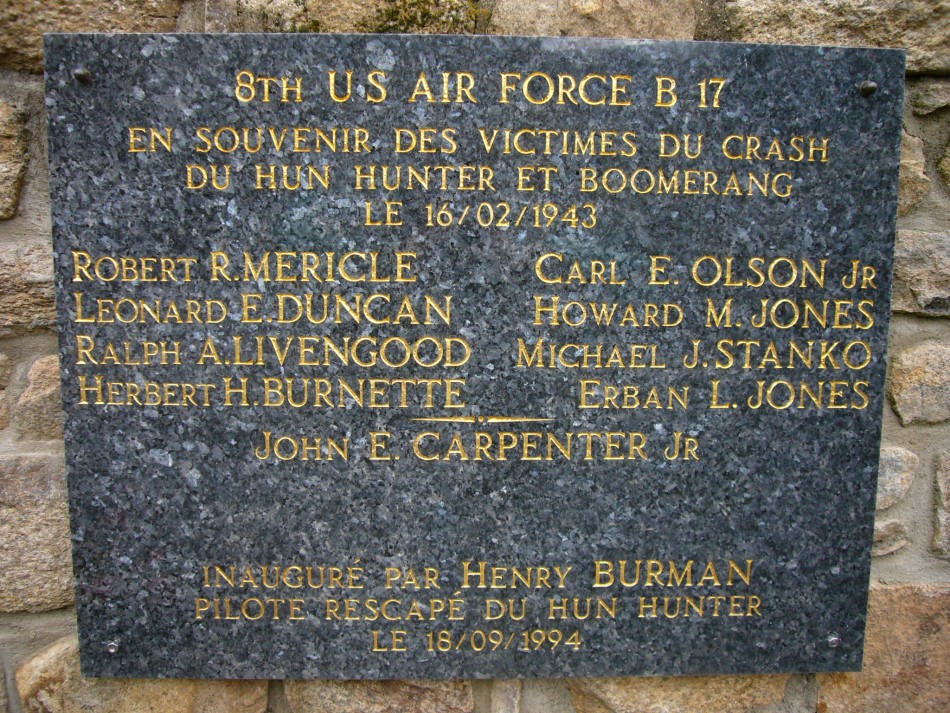