A marked off area with a monument and two plaques commemorating the Double Eagle II.
On the rue Saint Blaise right off the north end of the N13.
It was in this field, belonging to Mr Roger Coquerelpar, at 49.00.54 North and 1.16.08 East at an altitude of 131 meters above sea level that the US balloon Double Eagle II landed on August 12th 1978 at 19H49. The crew was composed of Ben Abruzzo, Maxi Anderson, Larry Newman, who accomplished the first North Transatlantic flight and set the distance world record from Presque Ile, Maine, USA to Miserey, Eure, France or 5001,22 km in 37h6min of flight time.
Hommage to the alliance and the inhabitants of Miserey.

Plaque 2
This monument entrusted to the safekeeping of the public was erected by the association Richesses de l'Eure and the Departmental Committee for Eure Tourism with the support of Air France, Couzinet Establishment, Ugine Guegnon and the inhabitants of Miserey

Plaque 3
The road of the balloon pilots
Ben Abruzzo
Maxie Anderson
Larry Newman
The first to have crossed the Atlantic ocean in a balloon landed in Miserey. 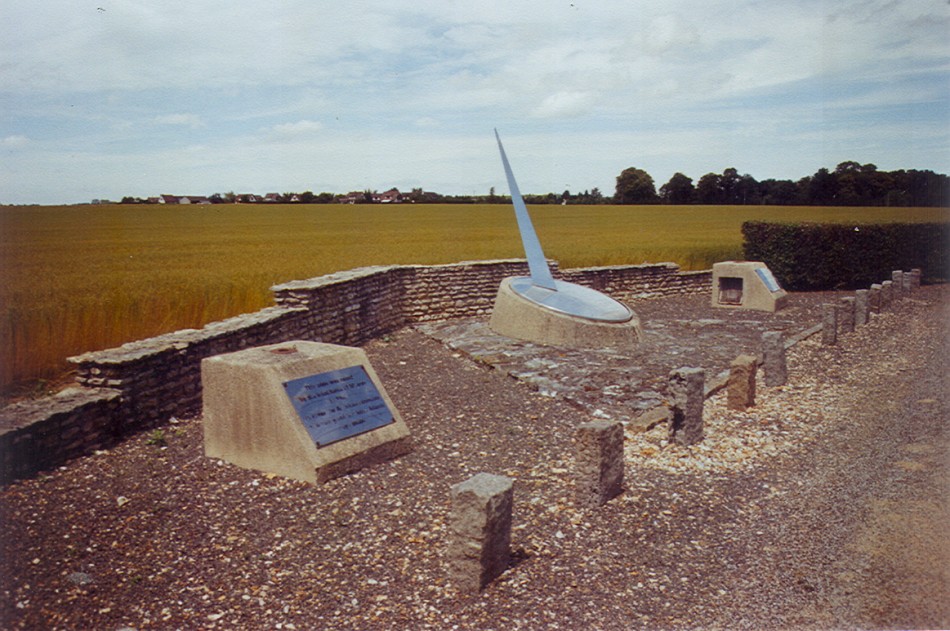 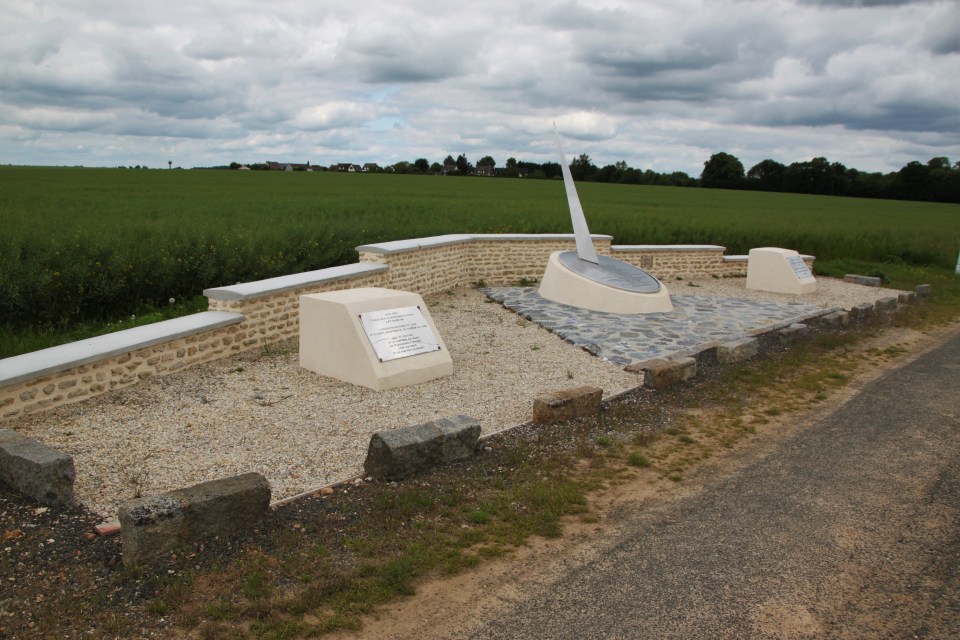 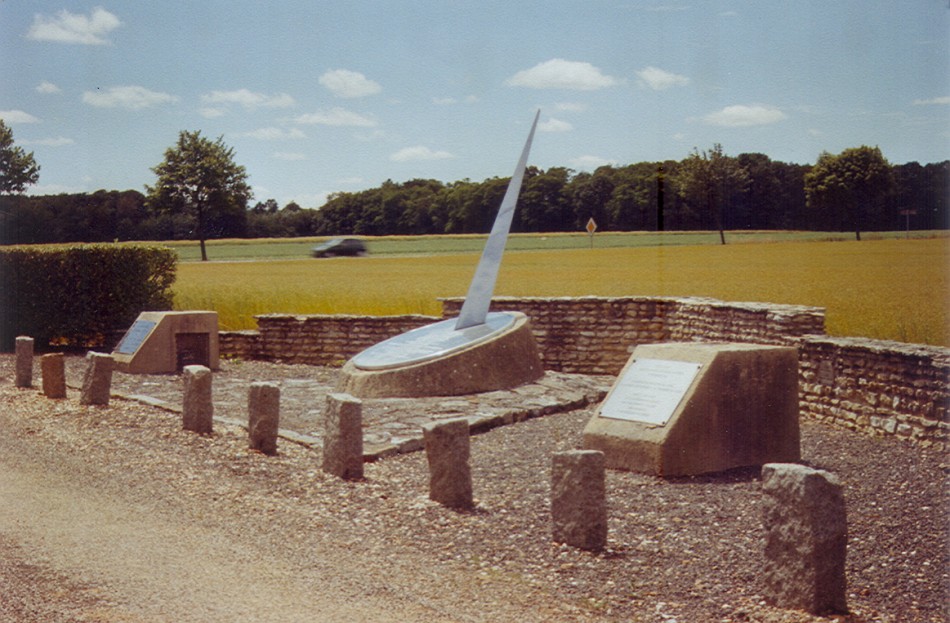 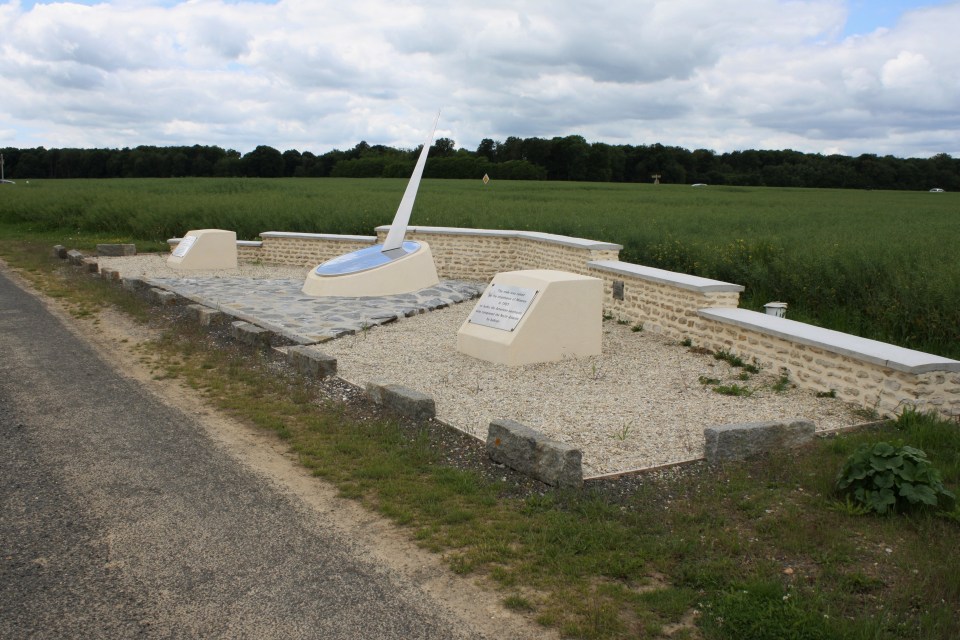 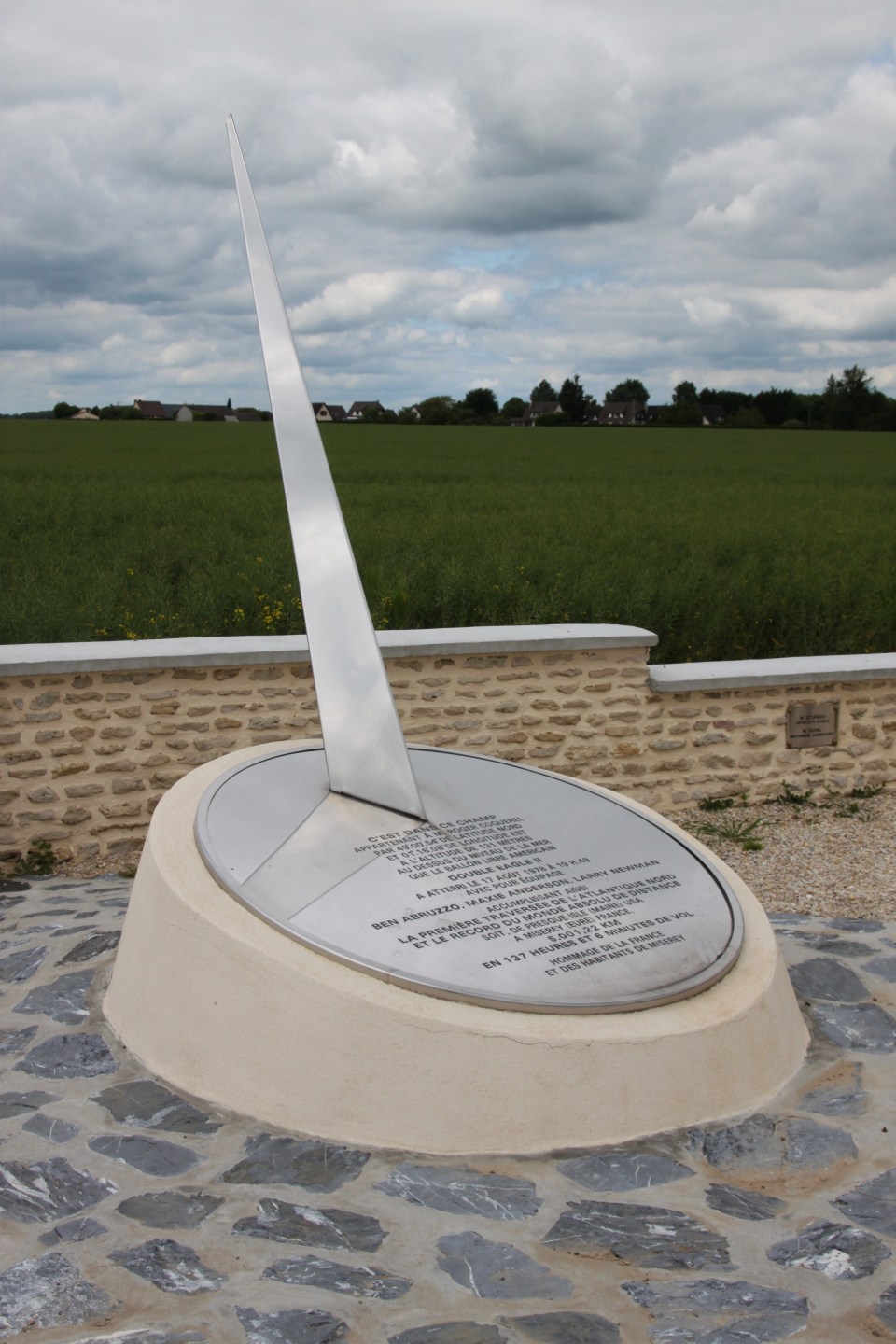 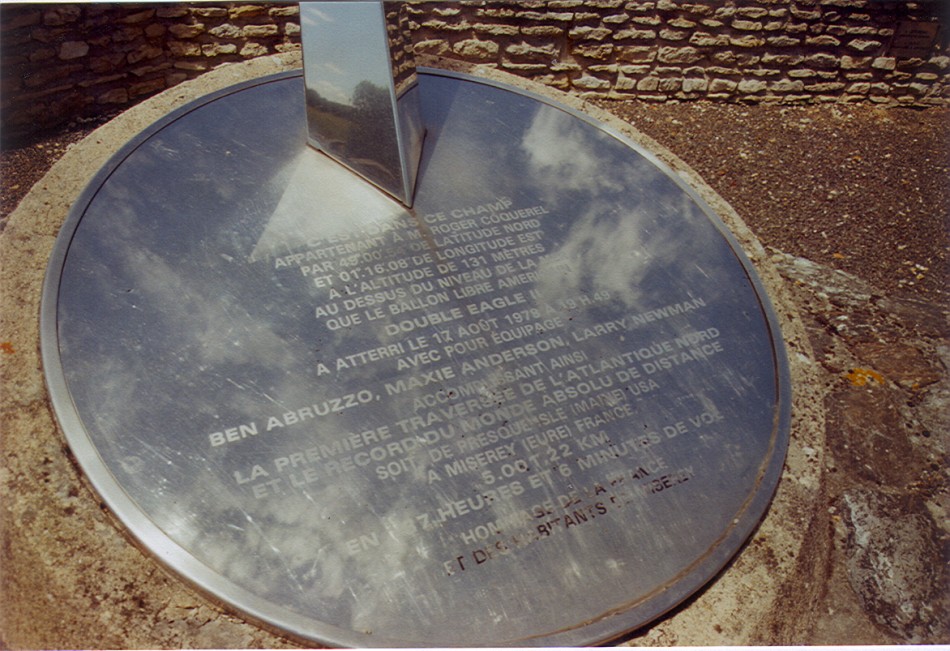 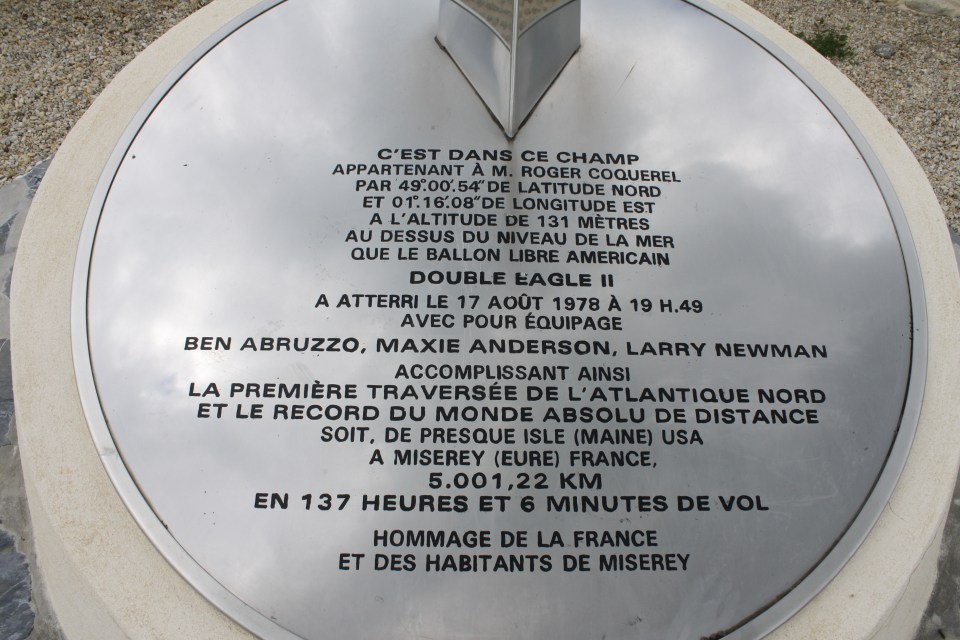 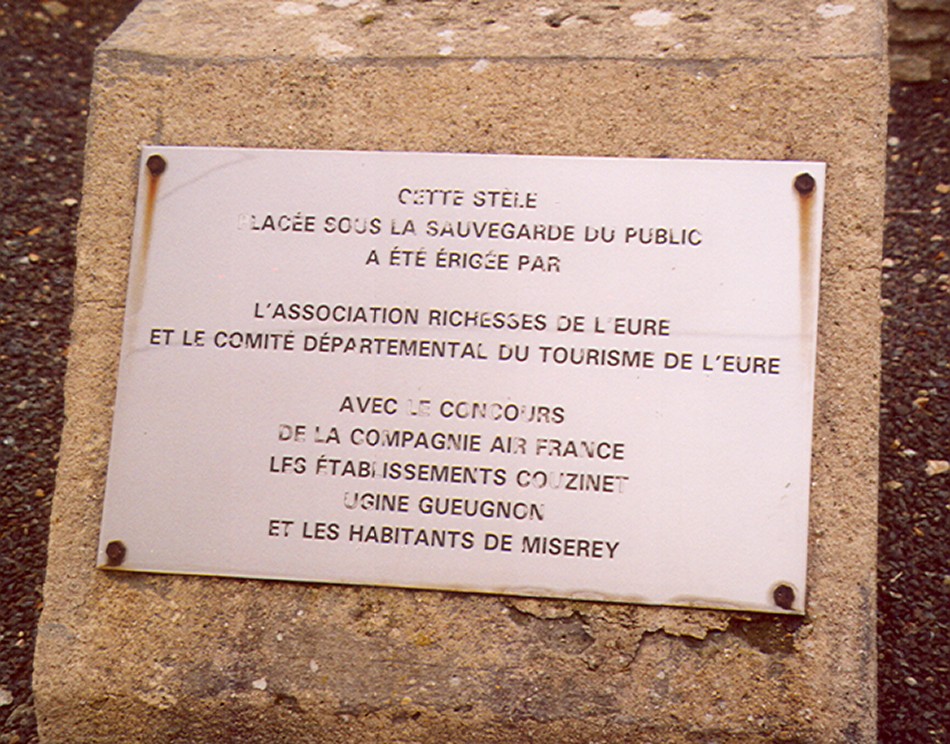 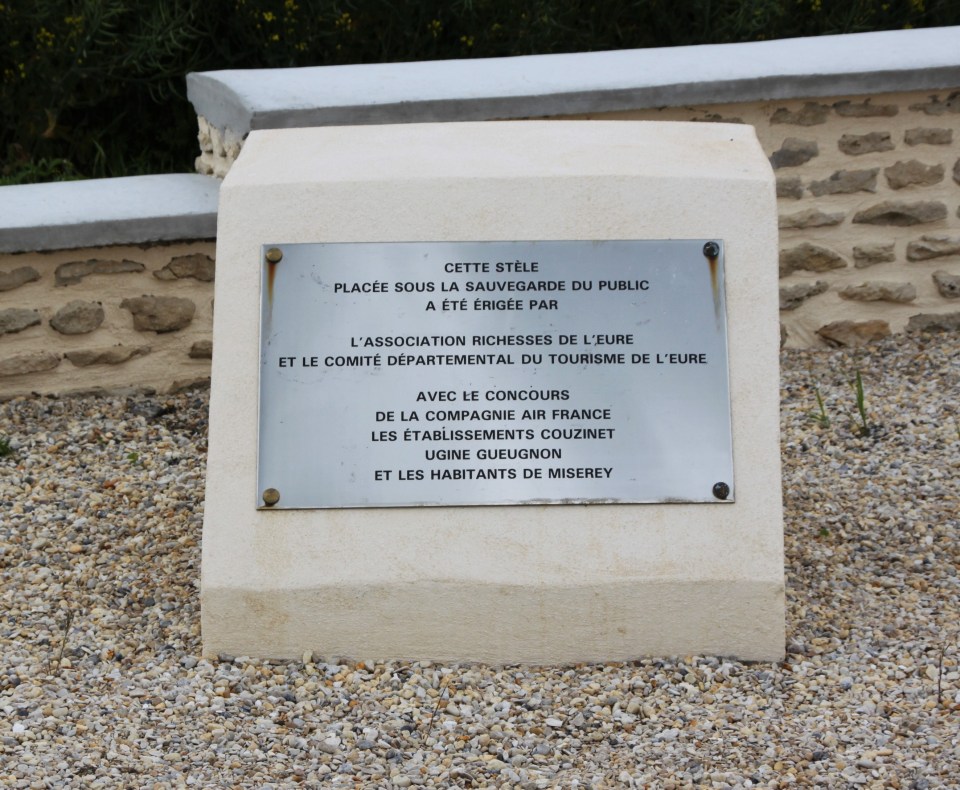 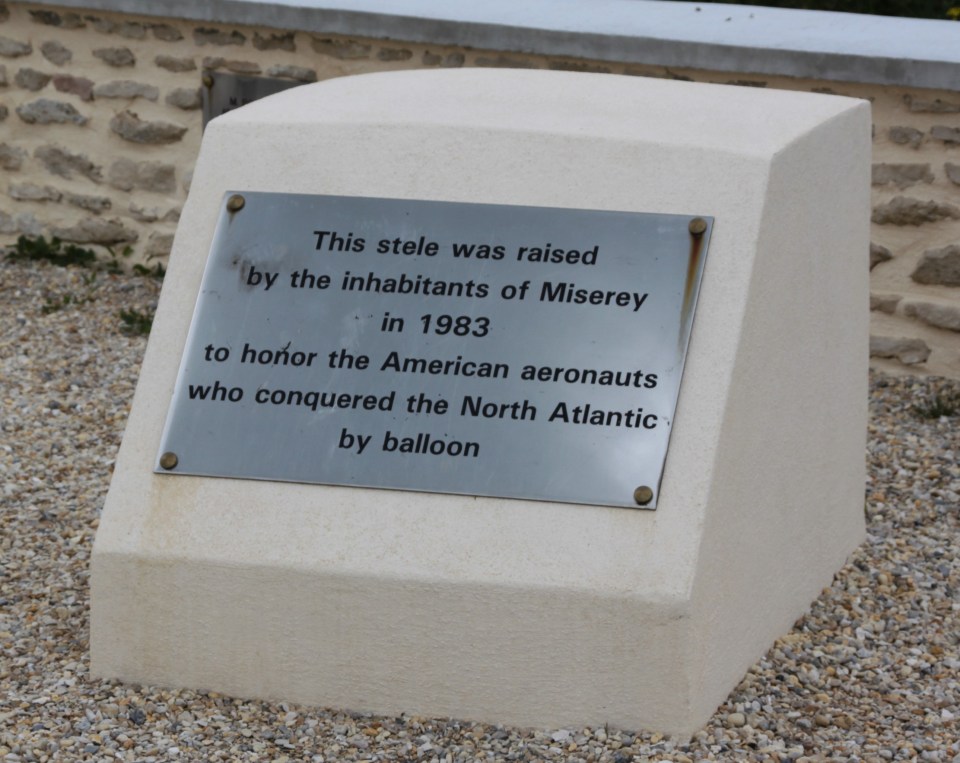 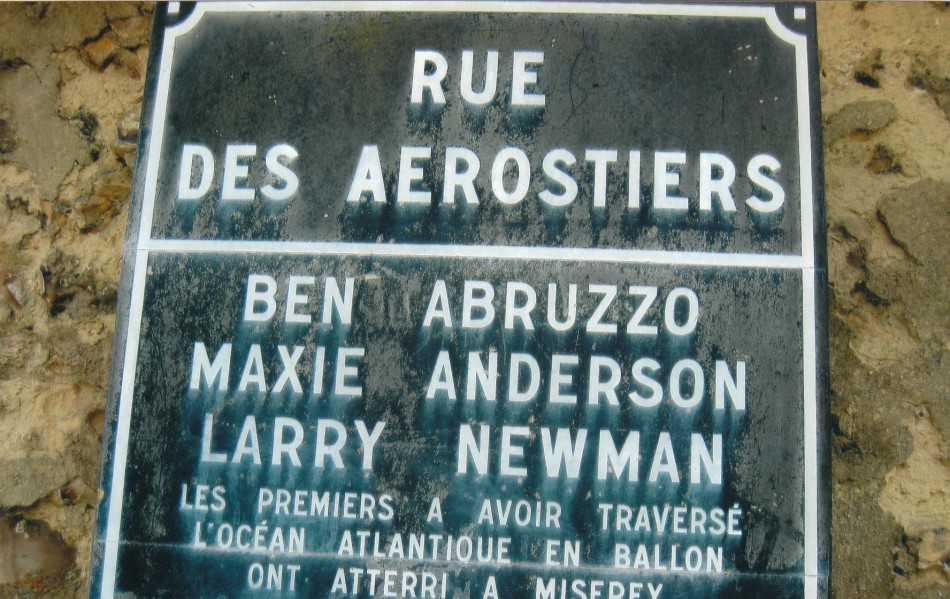