A roundabout on the D613.
Take the D613 SW along the coast from Montpellier, following it NW to the monument. It is located on the D613's first northbound roundabout on the SW side.
In memory of US Navy pilot Lieutenant William Nathan Arbuckle born on July 28th 1917 in Anadarko Oklahoma
Died on the field of honor for the liberation of France on August 20th 1944 over Meze
The inhabitants of Meze will never forget him

Six Hellcats of VF-74 Squadron operating from USS Kasaan Bay (CVE-69) attacked a German column on the N113 north of Meze on August 20th 1944. One of the planes returned alone, the F6F-5 of Lt William N. Arbuckle. It went so low on its attack run that the plane hit the branch of a tree on the edge of the road and crashed ablaze in the vineyard of Mr. Edmond Alauzet. The pilot is now buried in Epinal-Dinoze cemetery. On September 7th 2002, thanks to Marcel ErtelĀ’s research, a retired USN air traffic controller, and the support of General Jean-Luc Brousse, representative of Souvenir Francais, the town inaugurated this monument in the presence of Commander LĆ©o Horaceck of VF-74 after honoring the monument for the dead. 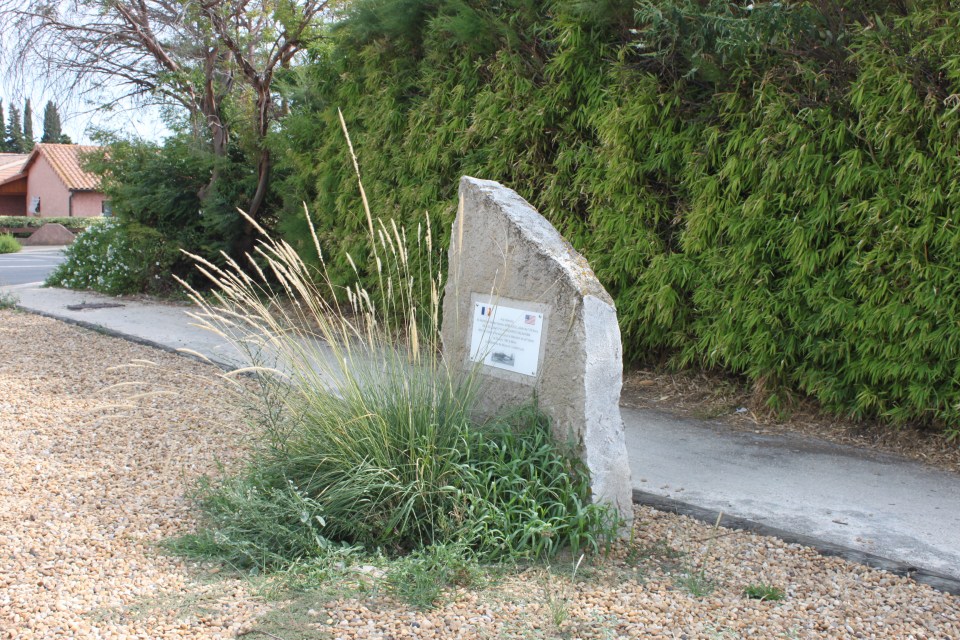 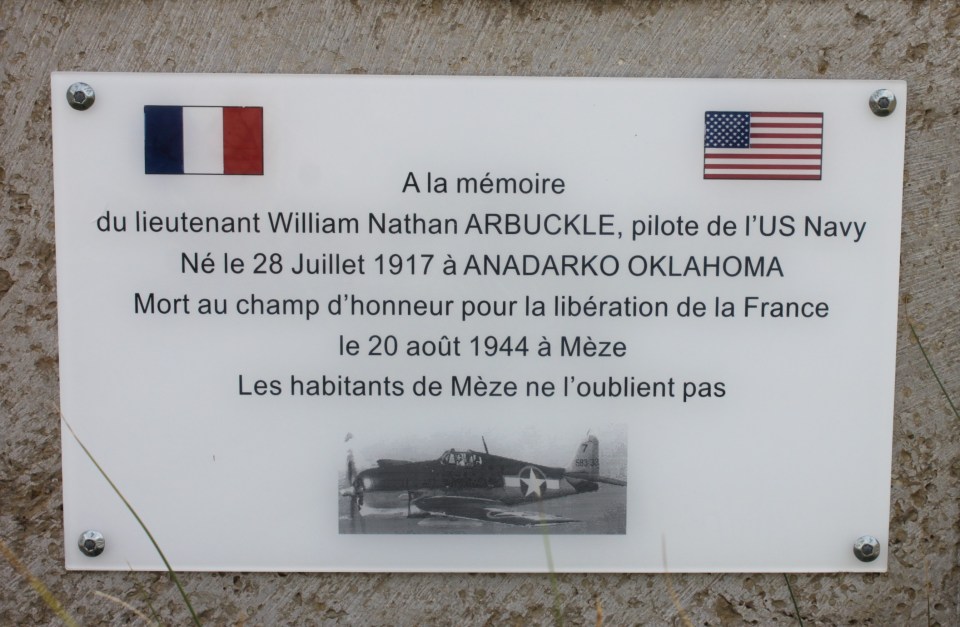 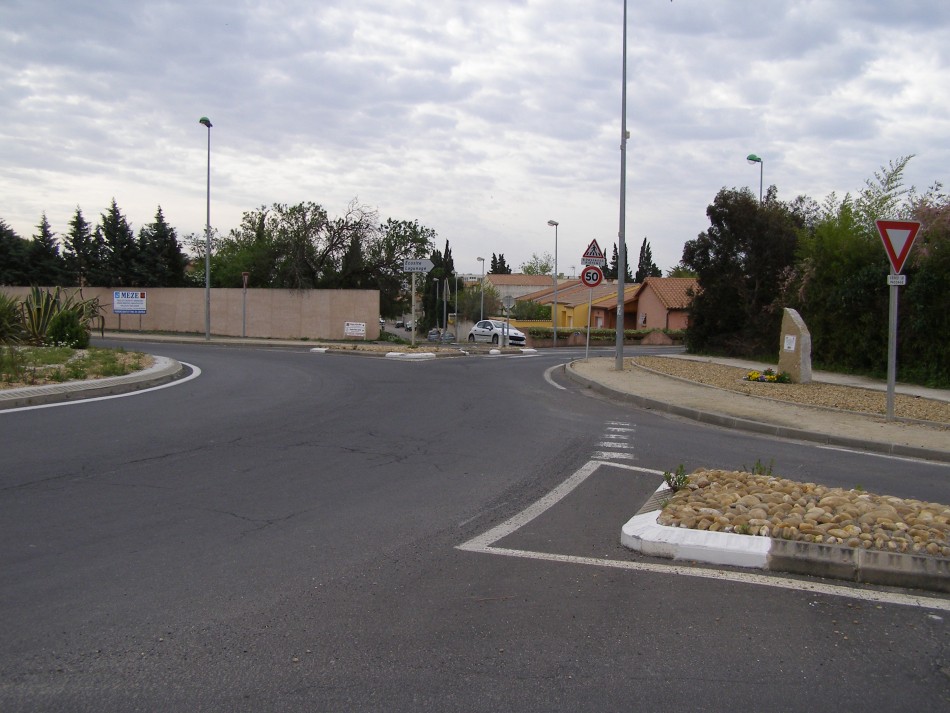 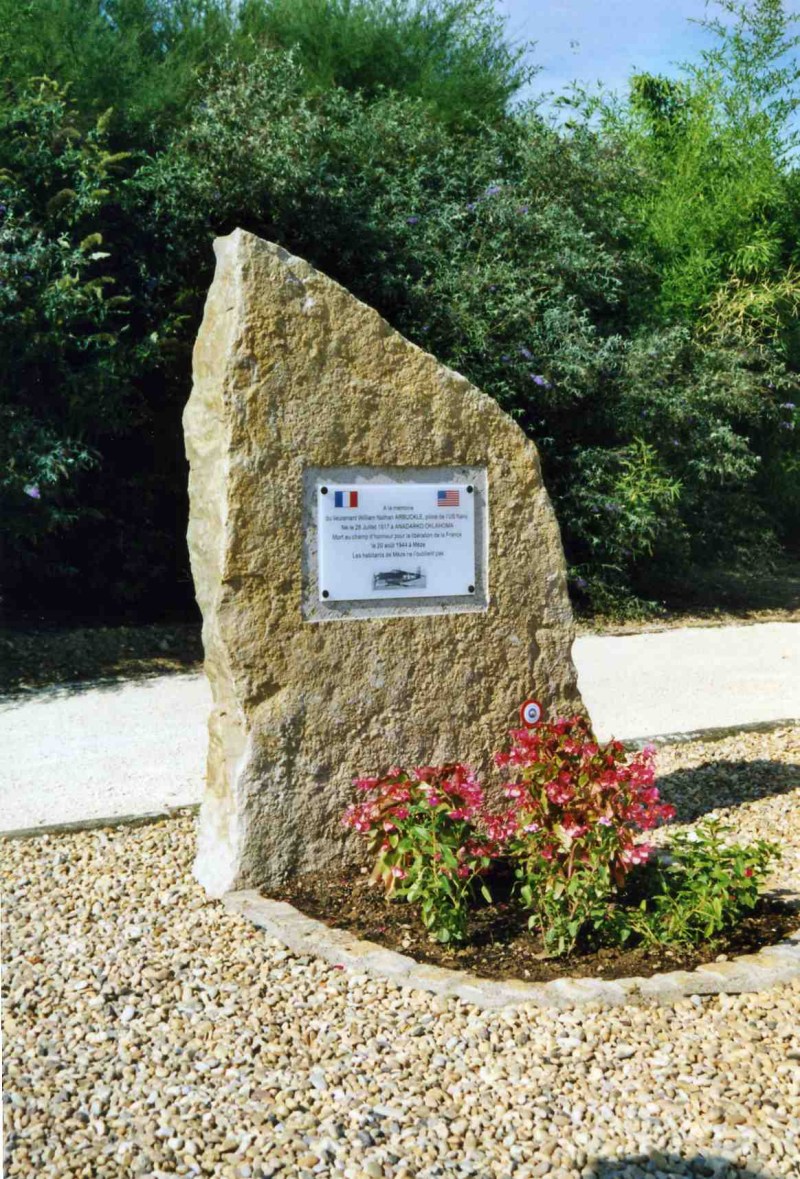 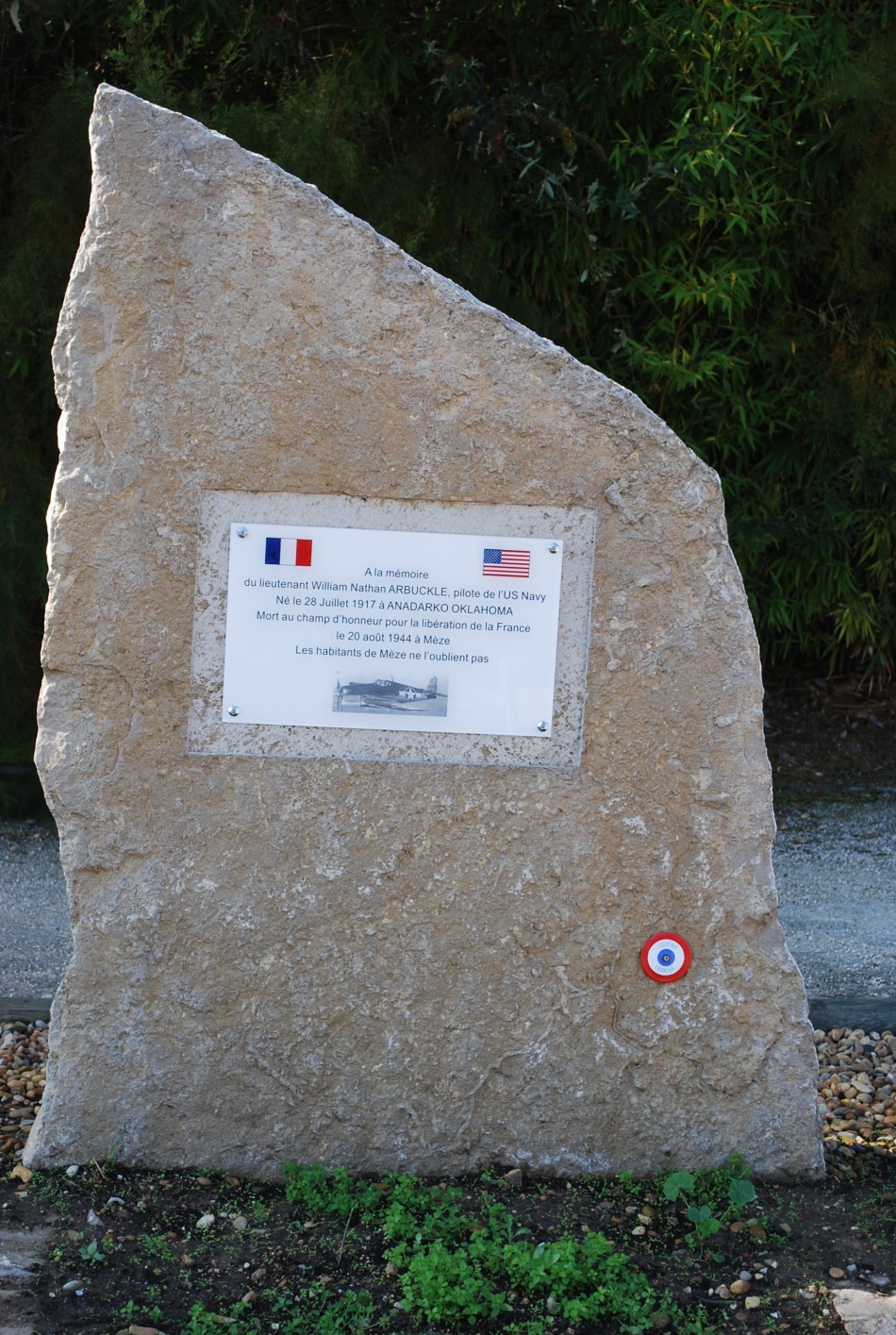 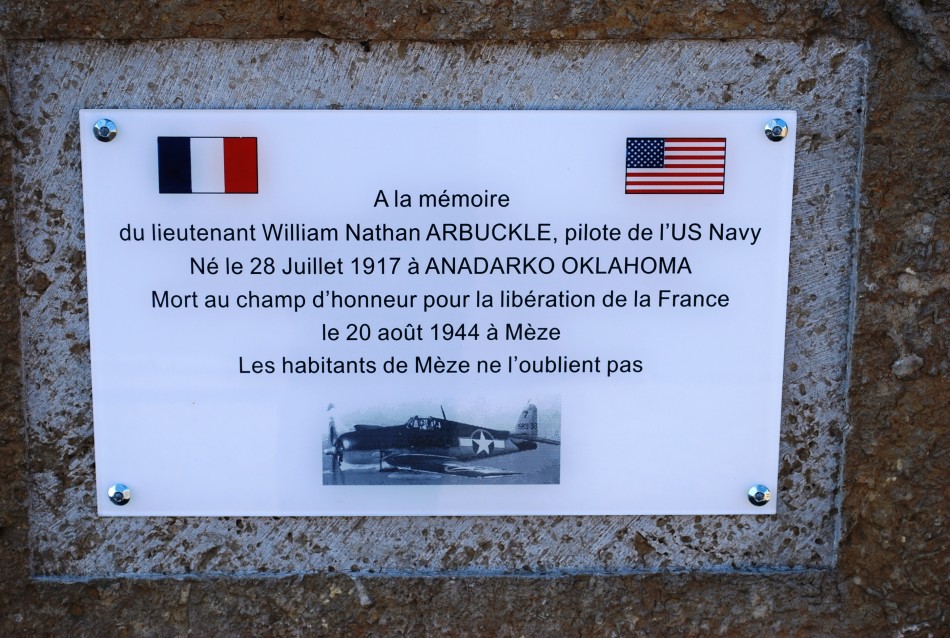 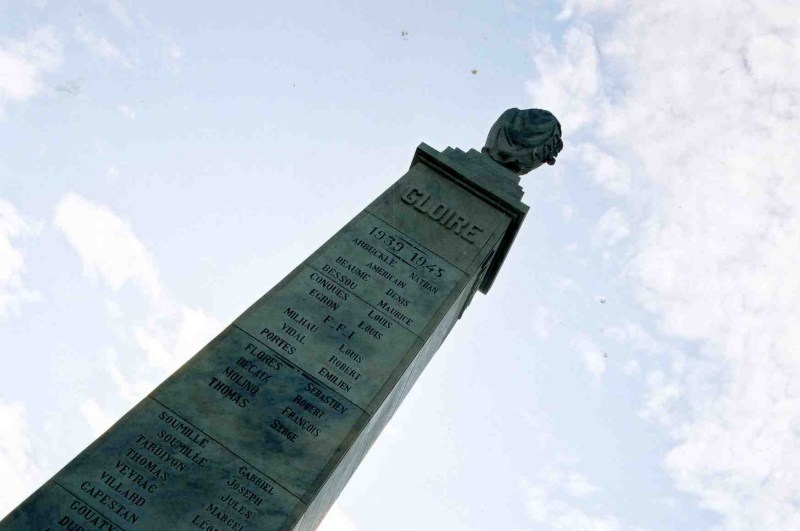 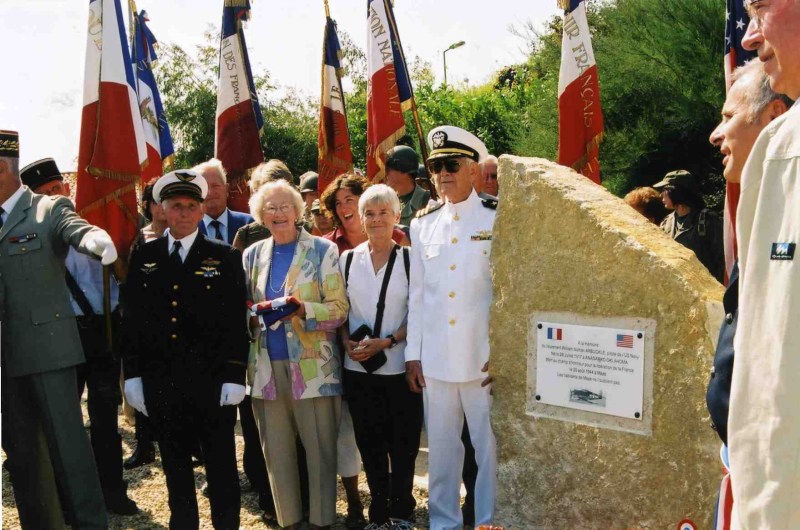 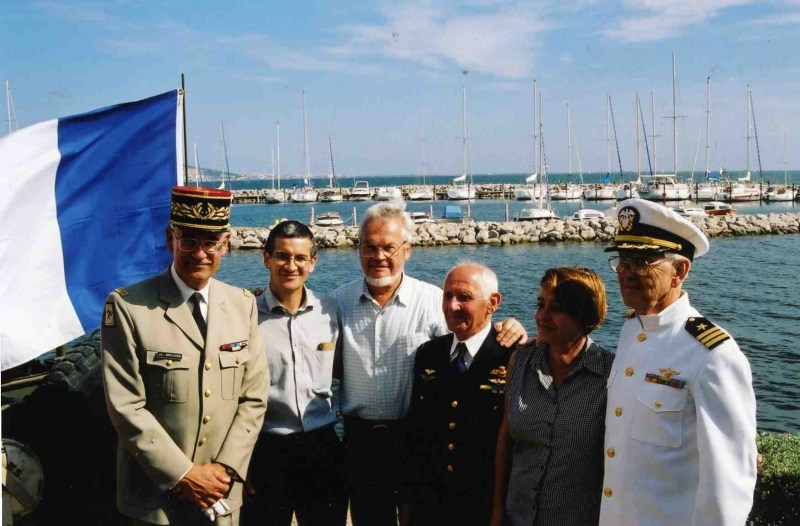 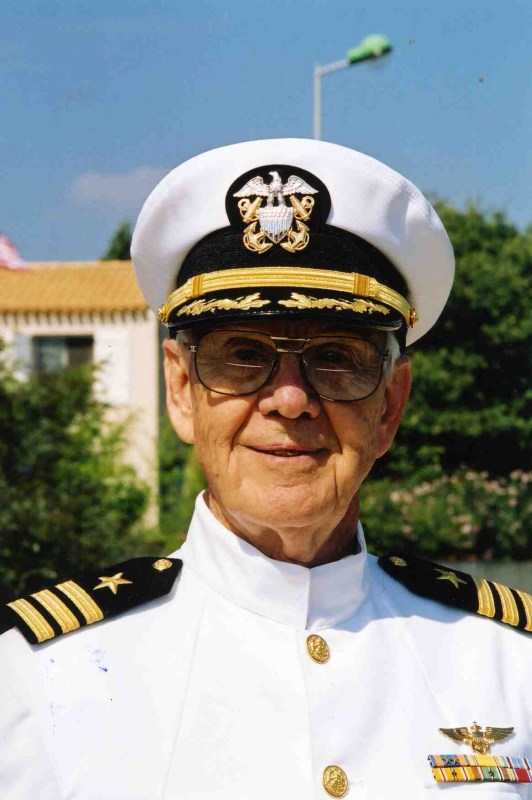