At the intersection of the D57 and a side dirt road is a monument honoring the town's American liberators.
Take the D900 NW from Saint Lo then the D57 NE. The monument is on the eastern side of the road.
Here, hidden behind hedges, the SS troops of the 17th Panzer Division waited for the GIs forced to advance in the open across the marshes. W. Rock was shot down in his P-47 on June 22nd 1944 500m from here. On July 19th 1944 Colonel York lost 50% of his young soldiers in an unsuccessful assault on La Varde. Finally, on July 28th 1944 the 33rd Regiment of the 83rd ID broke through and liberated Marchesieux.

External link :
Fiche sur France-Crashes 39-45
Notified by : Marie Baud.   Record added 30/06/2010.
Photos : Marie Baud.
The photos are under copyright. They may not be reproduced, modified, distributed in any support without prior permission.
You are free to make links to this page. 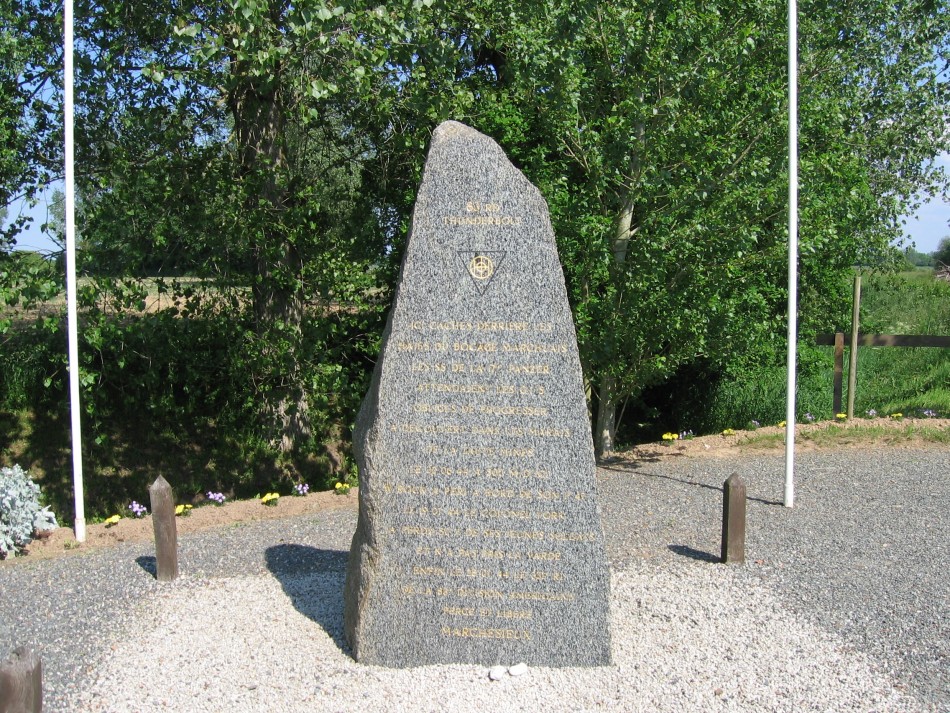 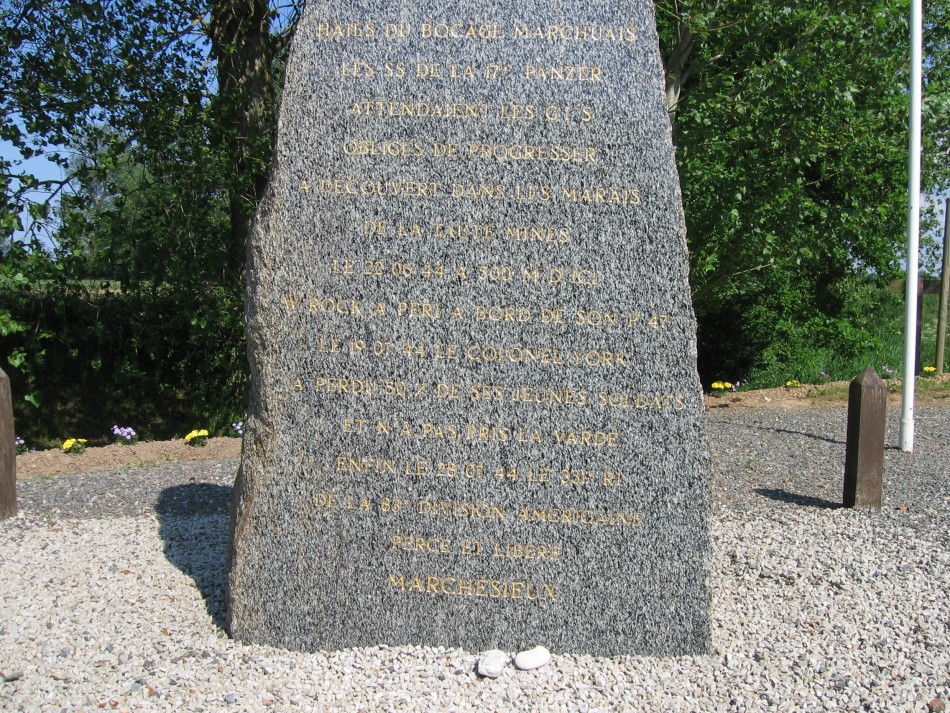