In April 1910, he won the Â£10,000 prize offered for flying from London to Manchester, a distance of 195miles/298km. The prize had been offered in 1906 by the Daily Mail for the first pilot to fly from London to Manchester within 24 hours. The flight had to start and finish within five miles of the Daily Mail office in each city, with no more than two landings en route. In 1906 this would have seemed a safe bet Â the best European fliers at that time could only stay aloft for seconds! Paulhan arrived in Manchester 12 hours after setting out from London, having spent 4 hours 12 minutes in the air and beating the British contender, Claude Grahame-White. There is a blue plaque on a house in Paulhan Road, Burnage, Manchester at the site of his winning landing.

Notified by : Pierre PÃ©castaingts.   Record added 04/02/2011.
Photos : Chris Paul.
The photos are under copyright. They may not be reproduced, modified, distributed in any support without prior permission.
You are free to make links to this page. 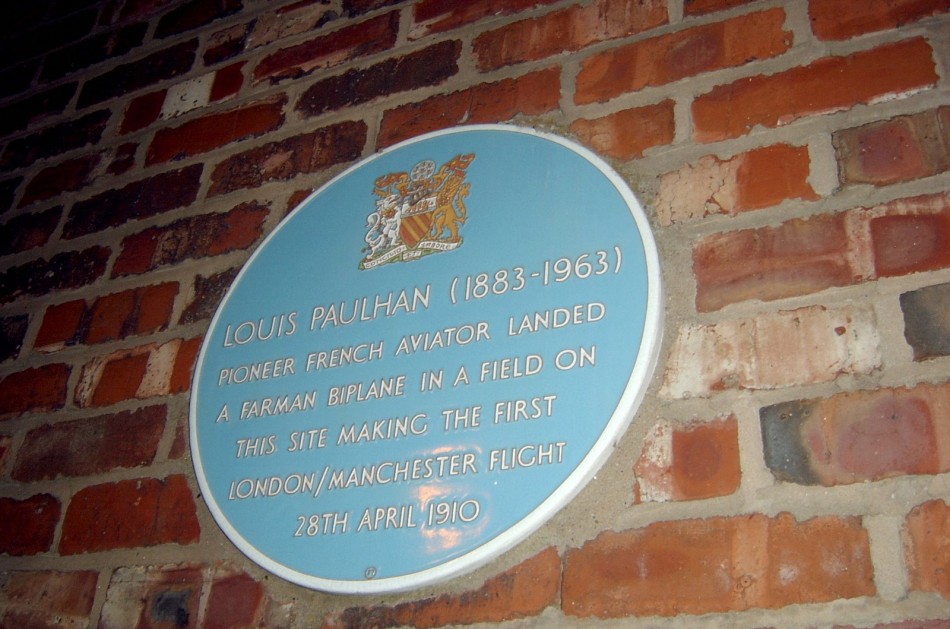