An American B-24 Liberator was shot down in the night of 5th to 6th June 1944 by German AA fire, crashing in flames and exploding over the Brate forest (Mably township). The plane belonged to the 801st Bomb Group of the 8th Air Force based in England. It was on a resupply mission to the French underground. The eight crew members bailed out one by one from Chenay to Mably. Six of them evaded German patrols thanks to the courage of many of the local inhabitants. Two of them, wounded, were captured shortly thereafter. The crew was composed of: 2nd Lt Murray L Simon pilot escaped 1st Lt John B Mead bombardier smuggled to the underground 2nd Lt French M Russell copilot escaped 1st Lt John A Reitmeier navigator escaped TSgt Phillip B Latta radio escaped TSgt Leo E Dusmenil mechanic prisonner SSgt Graham S Hasty gunner prisonner SSgt Homer G Collier gunner escaped Lt John B Mead was rescued by Robert Lyon ("SOE Acolyte" cell) Enlisted in the Fragny underground, he would prove himself in the liberation of Rouen and Lyon.

Notified by : Claude Dannau.   Record added 12/12/2019.
Photos : Claude Dannau.
The photos are under copyright. They may not be reproduced, modified, distributed in any support without prior permission.
You are free to make links to this page. 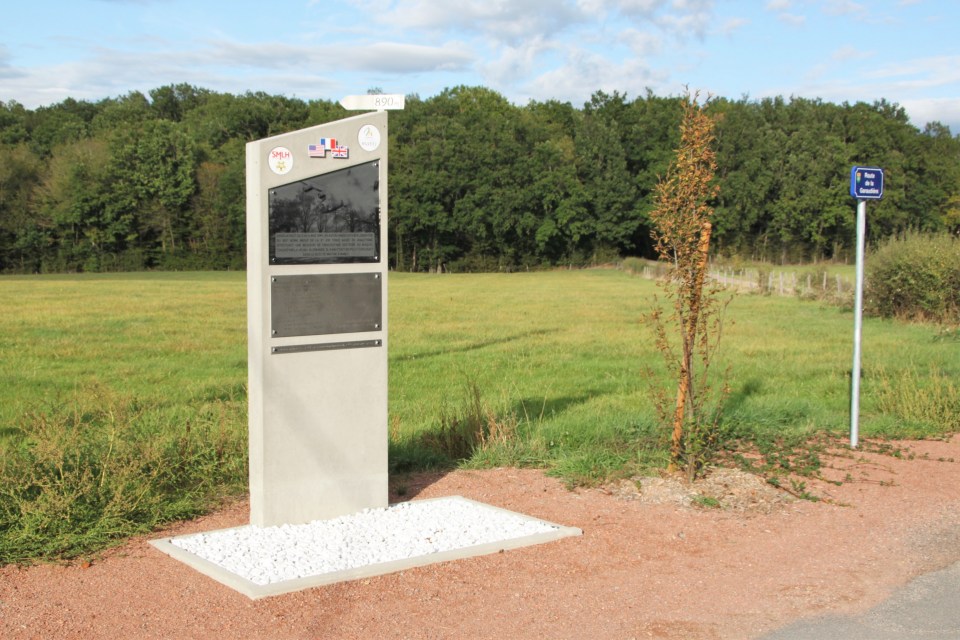 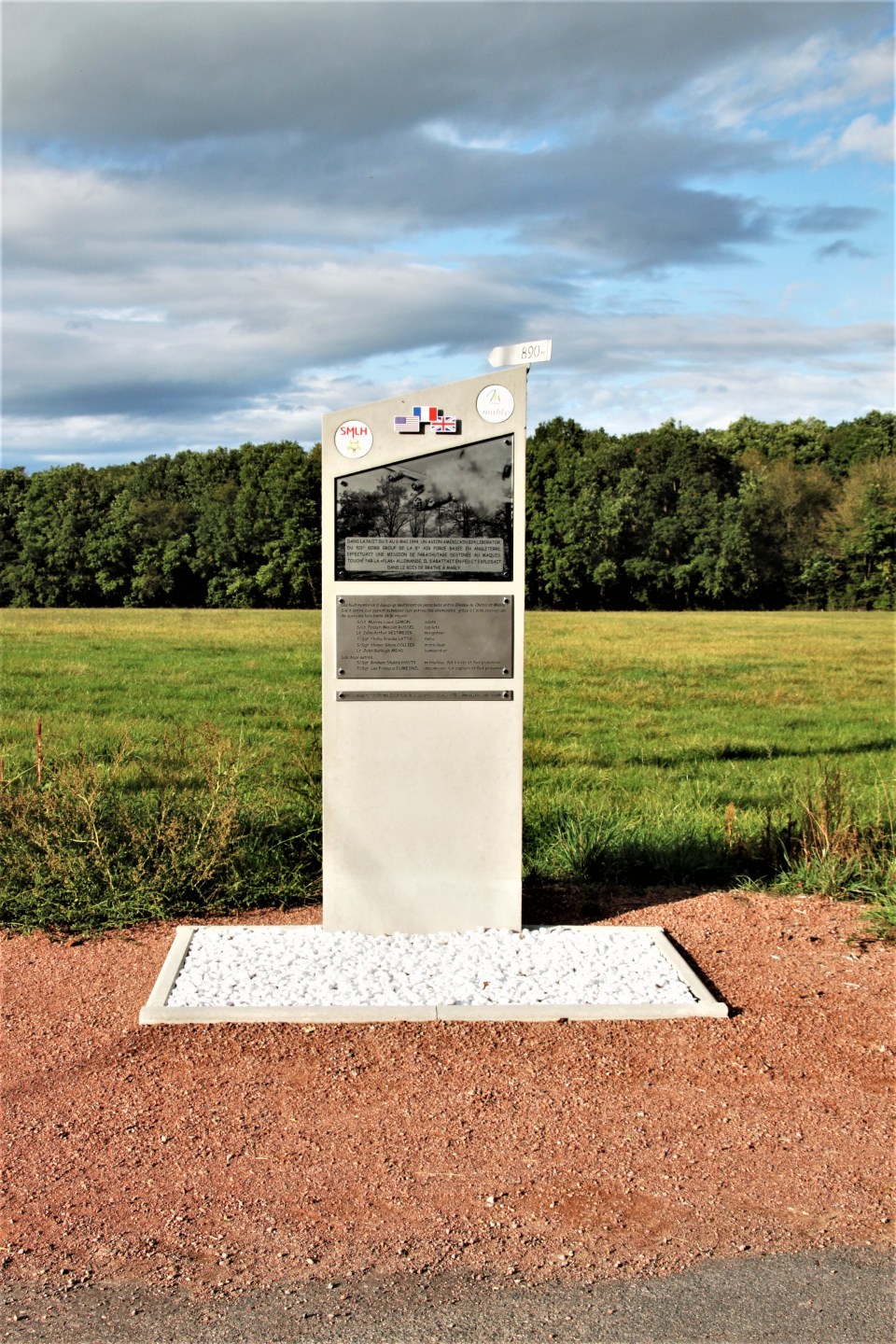 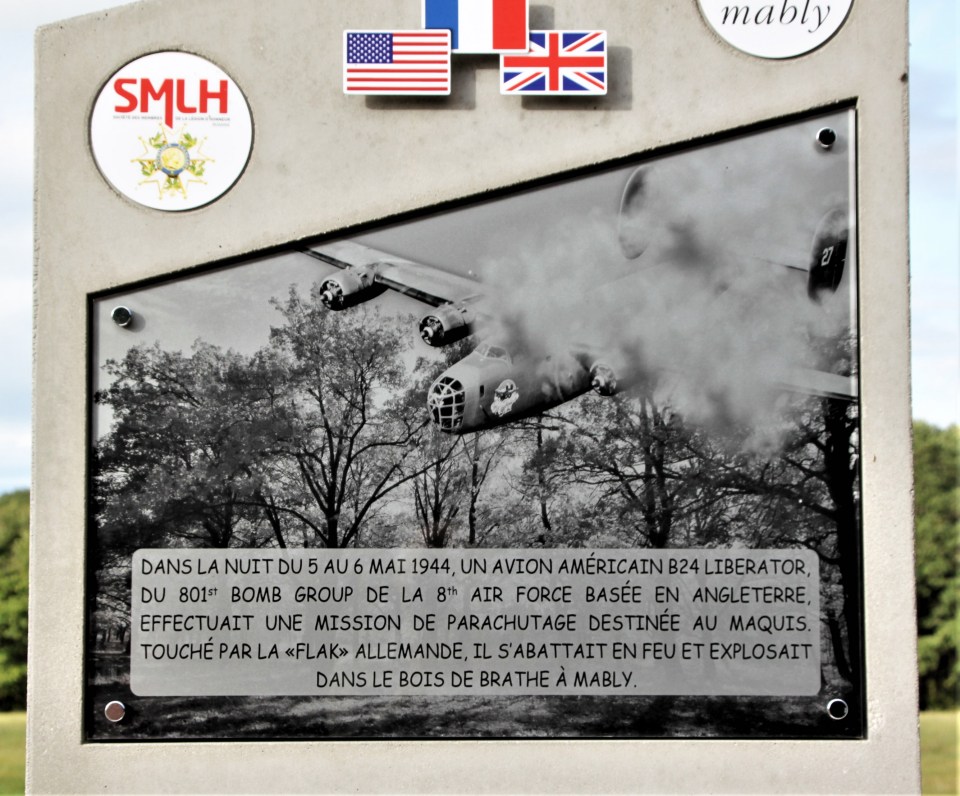 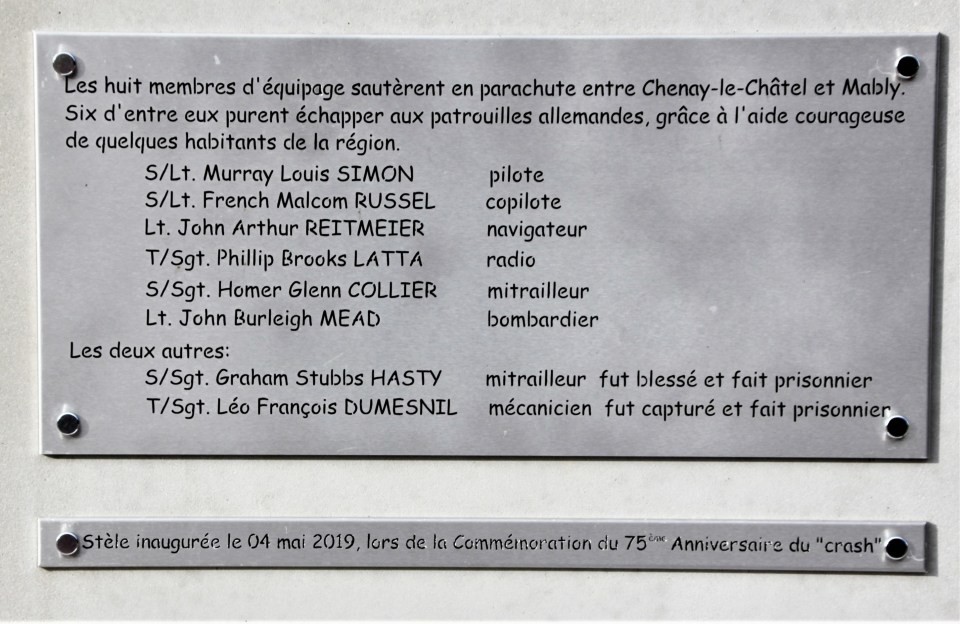 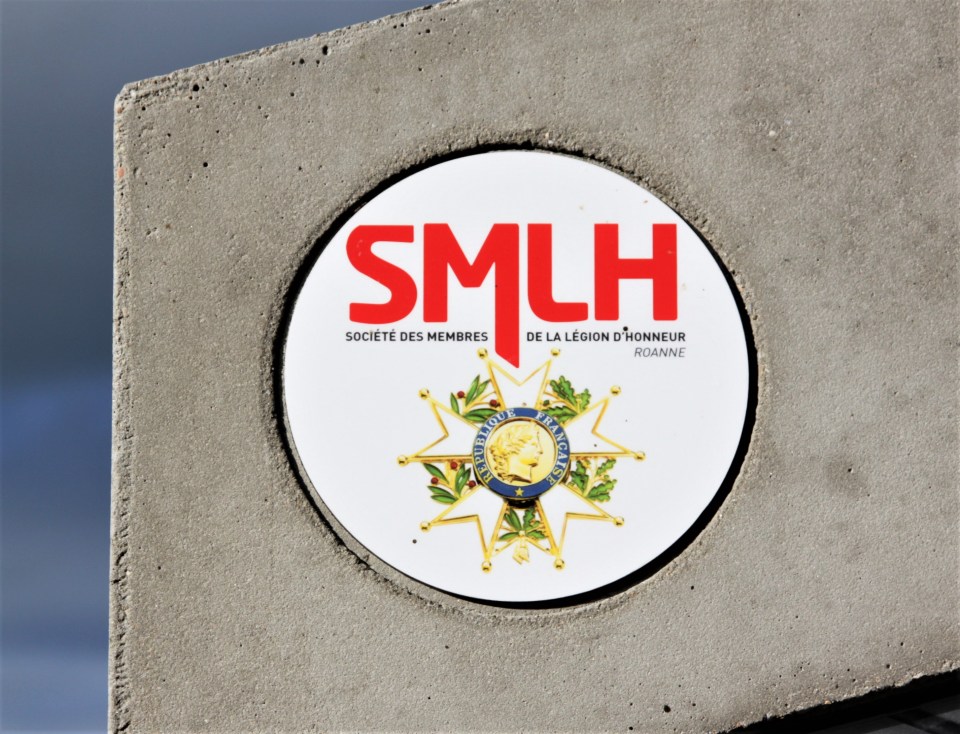