A small clearing with the monument for the dead in it.
At the intersection of the D804 and the D82, the latter of which becomes Rue de la Falaise after the monument.
In memory of Sergeant Dudley Gilman Tucker, american volunteer of spad squadron 15 group 13, who fell gloriously to his death in this area while fighting six enemy fighters on the 8th of July 1918. He gave his life for freedom. This plaque was put here by his mom, who is very proud of him. 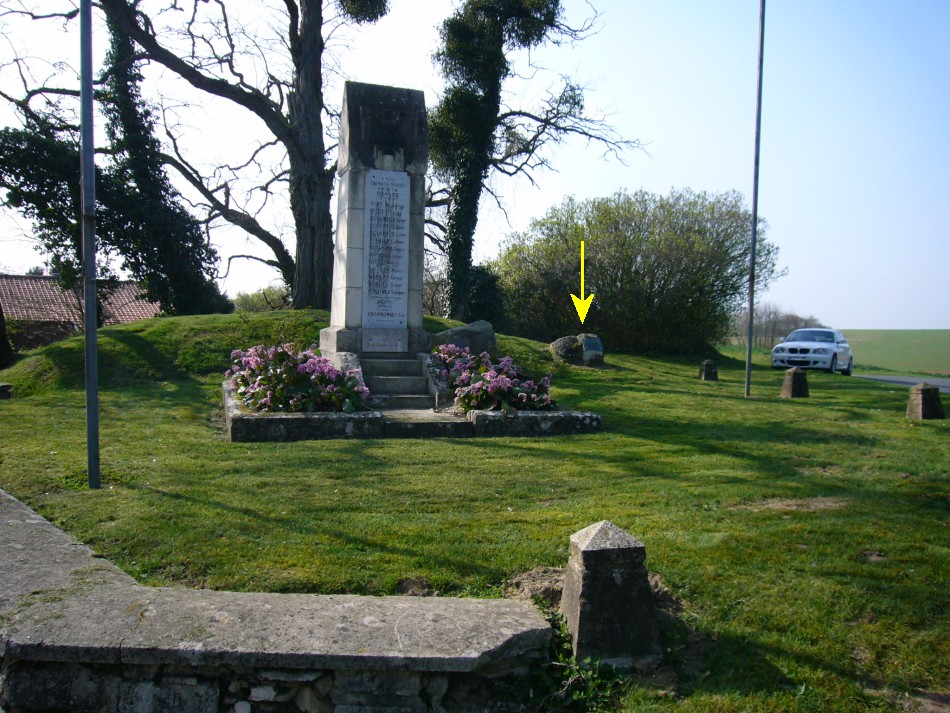 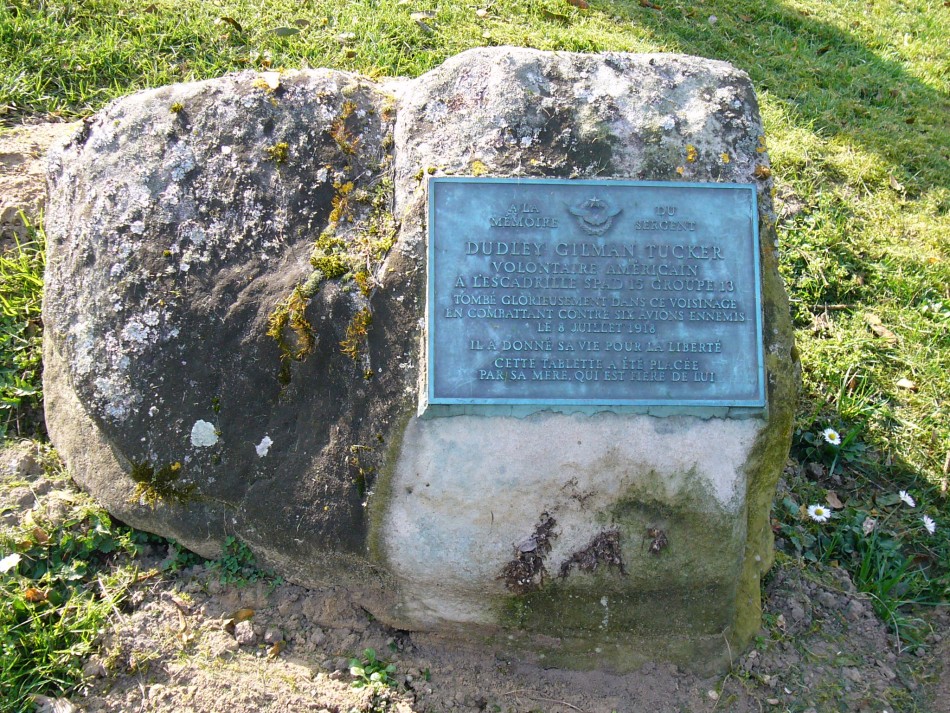 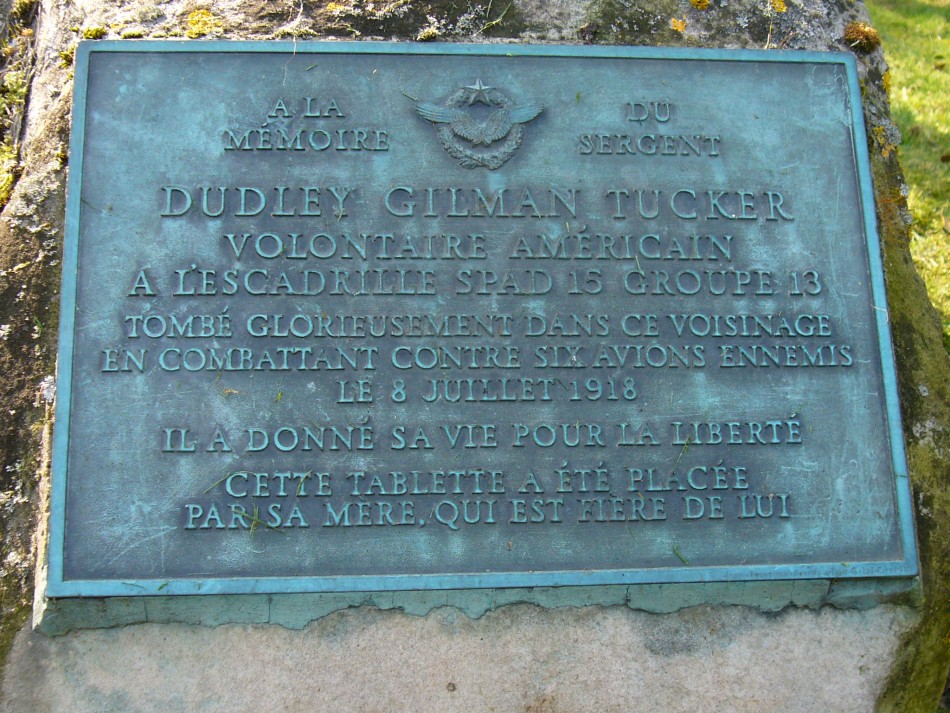