Memorial moved to another place

NE on the N88 take the D44 SE then Boucherolles SW. After crossing the stream hold left onto the dirt road. Turn west at the T and cross another stream. Keep west across a third stream and then take the Chemin de Cublaise SW. The monument is on the southern side of the road.
In memory of LCDR Brinkley Bass, born on July 7th 1916 in Chicago, hero of Squadron VF-74 USS Kasaan Bay (CVE-69). Pilot of Grumman F6F-5 Hellcat 58109.
.
KIA at Saint Bonnet le Froid in support of Operation Anvil Dragoon's Provence landings on August 20th 1944 at 1300.

Dead for the United States of America
Dead for France
We will never forget them
We will remember them, Semper Fidelis

Notified by : Claude Dannau.   Record added 12/09/2010.
Photos : Claude Dannau.
The photos are under copyright. They may not be reproduced, modified, distributed in any support without prior permission.
You are free to make links to this page. 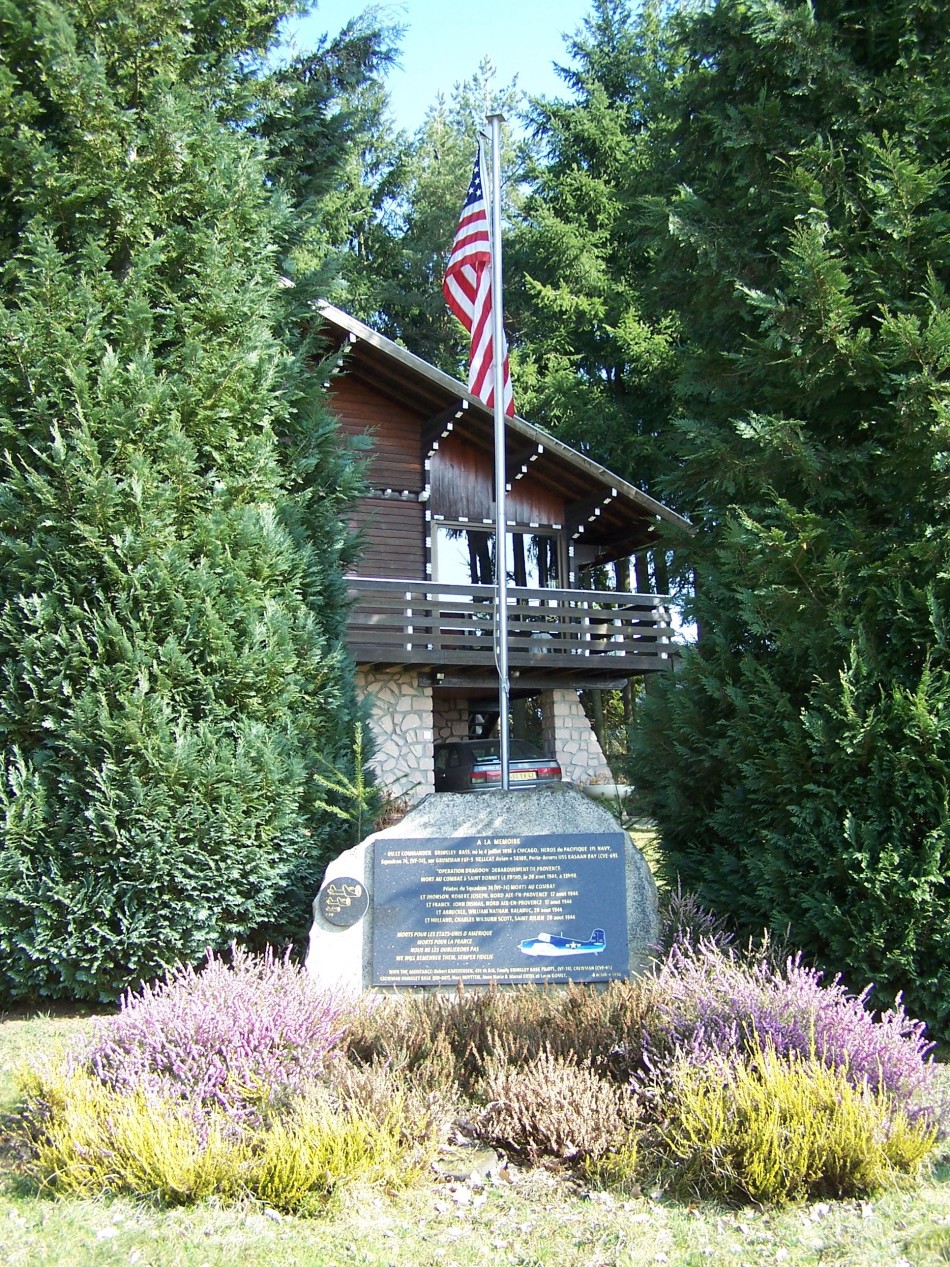 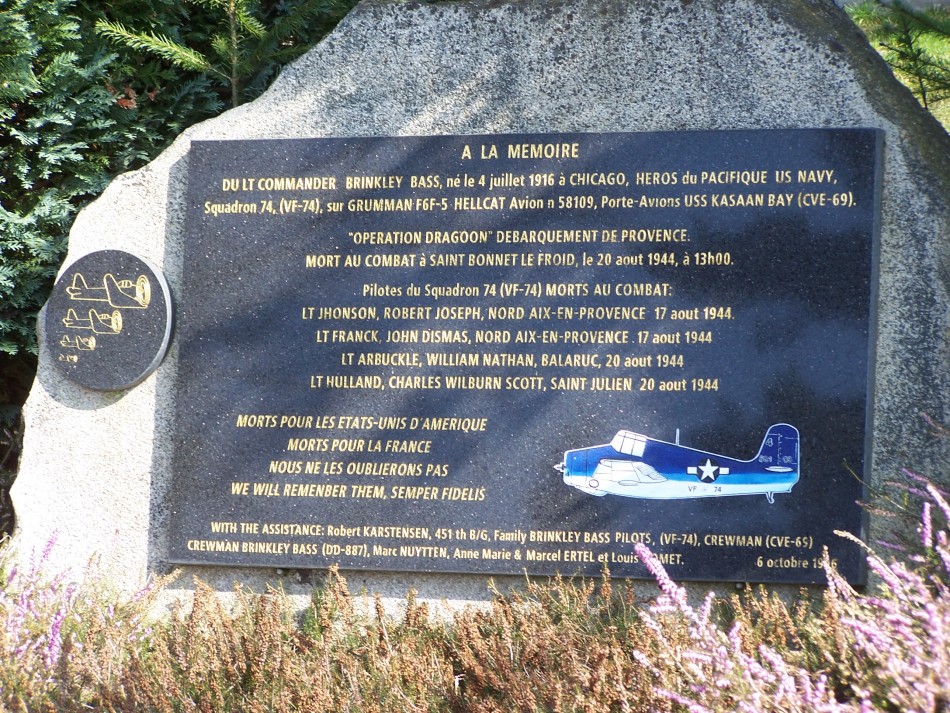 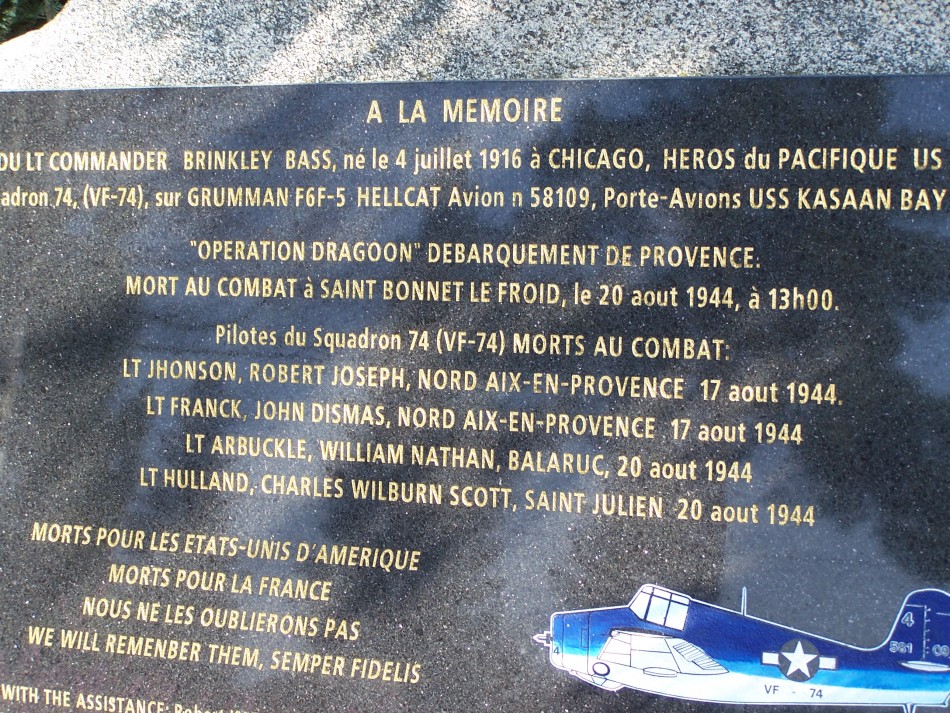 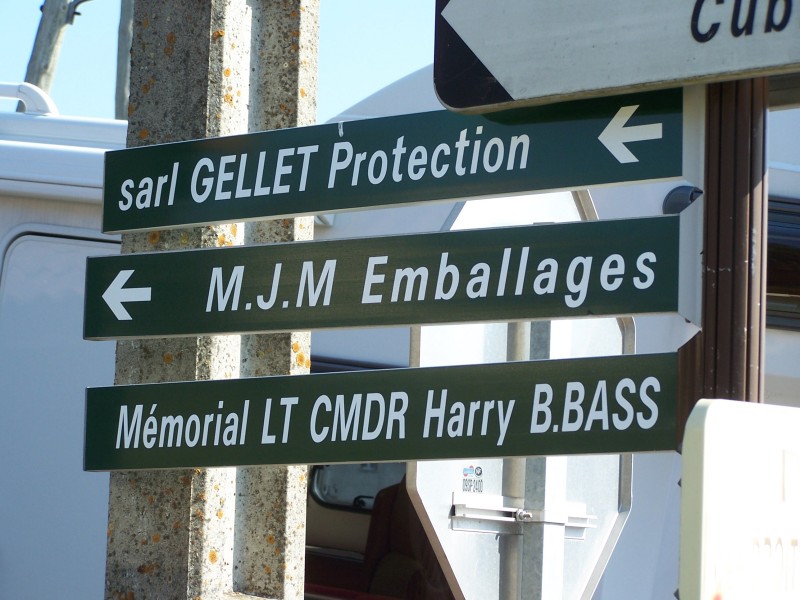