The eastern roadside of the D57.
Take the D900 NW from Saint Lo and then the D57 south. The monument is on the eastern side of the road.
Maps

A marvelous story!
On July 27th 1944, an American fighter plane crashed in flames in a field belonging to the Laurent family in the hamlet of the Scellerie... The battle was raging and the inhabitants of Le Mesnilbus had several days past received the order to evacuate. Returning from the exodus, they found the wreckage of the war strewn across the countryside, but they had to pick up their lives, to repair the damage as best they could...they had many worries! A half century has quickly passed...and now Michael Rainfroy, impassioned by the history of lost aircraft, has brought back from oblivion and the earth the American aircraft...a Thunderbolt P-47. Thanks to the records of the American Army, they found that it was a plane from the 404th Fighter Group. Then they discovered the name of the pilot and with the help of the "Poop Sheet" of former American pilots, they found our pilot alive and well and living in Colorado! That was Robert Lee Duffy who had successfully parachuted near the village of Cambernon. This memorial, erected in his honor, will keep alive the memories of the sacrifices of all the fighters and of this page of local history.

External link :
Fiche sur France-Crashes 39-45
Notified by : Marie Baud.   Record added 30/06/2010.
Photos : Marie Baud.
The photos are under copyright. They may not be reproduced, modified, distributed in any support without prior permission.
You are free to make links to this page. 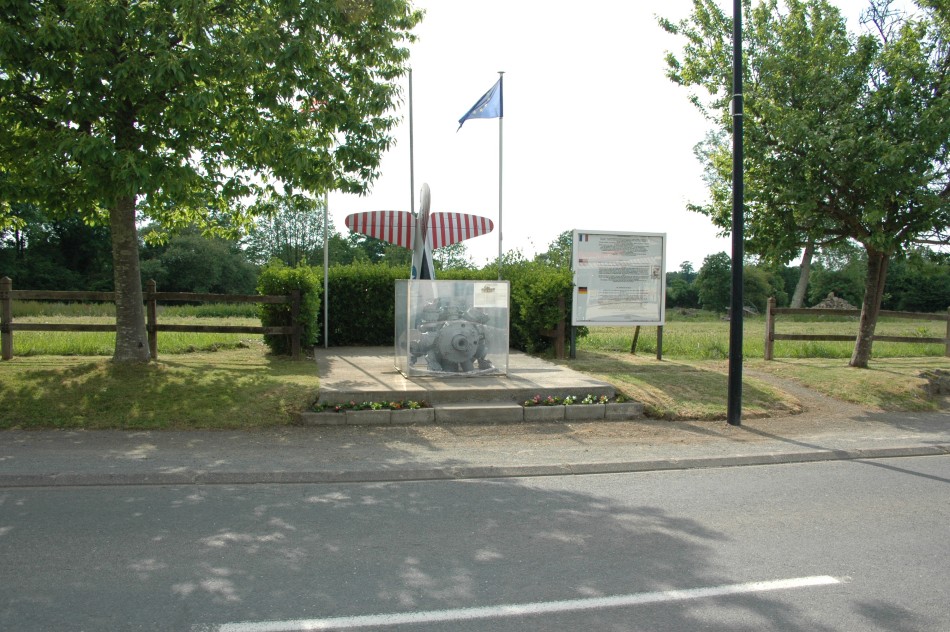 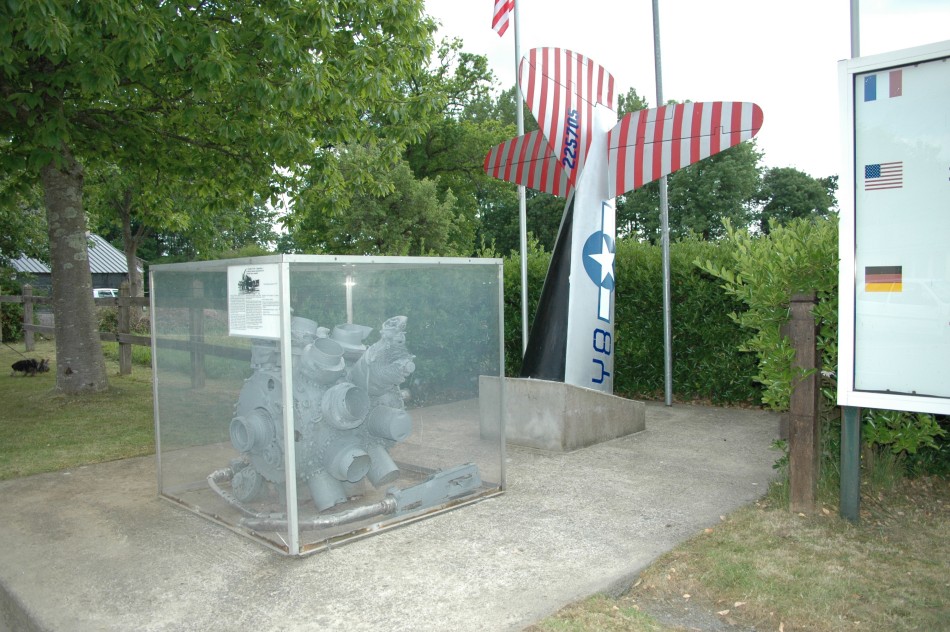 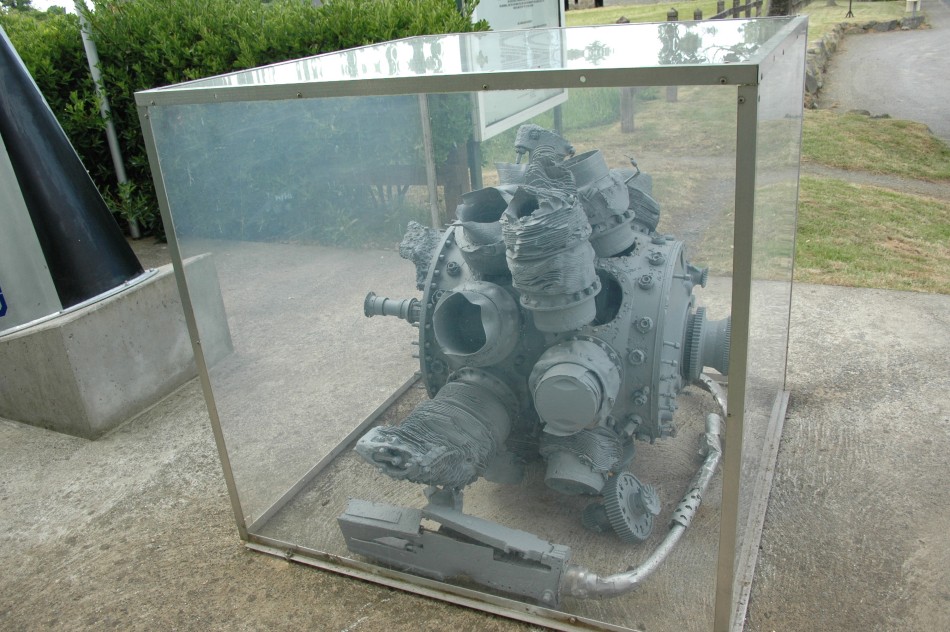 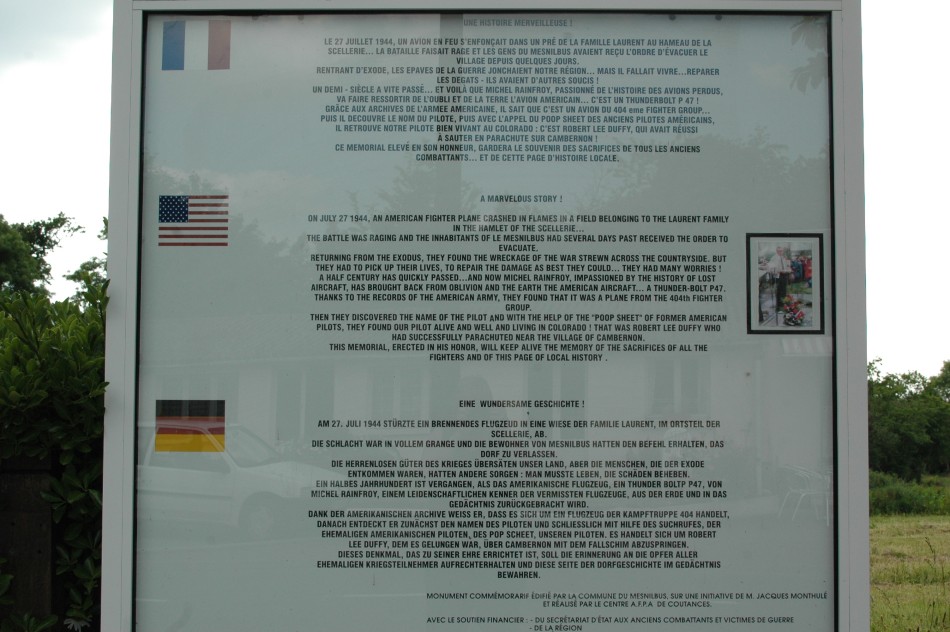