Rue de la Plage. To the southwest of Cannes, just off of the D6098
A small grassy space by the side of the road.
In memory of the 11 crewmembers of the B-24 Liberator 42-52463 of the US Air Force that disappeared in the Napoule Golf May 25th, 1944
15th Air Force - 464th Bomber Group - 779th Bomber Squadron
The town of Mandelieu-La-Napoule is grateful.
Marker inaugurated August 24th, 1997, by mayor Henri Leroy.

On May 25th, 1944, the B-24H -15-FO sûˋrial 42-52463 "Table Stuff" from the 779th Squadron, 464th Group took off from Giola del Colle, Italy, to bomb the Givors rail center in the Rhone area. Harassed by flak and enemy fighters, she failed to reach the safety of the Corsican coastline. Instead, it is brought down in the middle of the Napoule Gulf. The 11 crewmembers were seen bailing out by the other B-24s present. The plane and all 11 servicemen were never found. 4 of these aviators are inscribed on the MIA Wall in the American military cemetery of Draguignan. 6 others are inscribed on that of the Nettuno American cemetery. Sgt Louis A. Howarth Jr is present on neither of these sites, nor in the ABMC database.

Notified by : Marie Baud.   Record added 06/10/2009.
Photos : Marie Baud.
The photos are under copyright. They may not be reproduced, modified, distributed in any support without prior permission.
You are free to make links to this page. 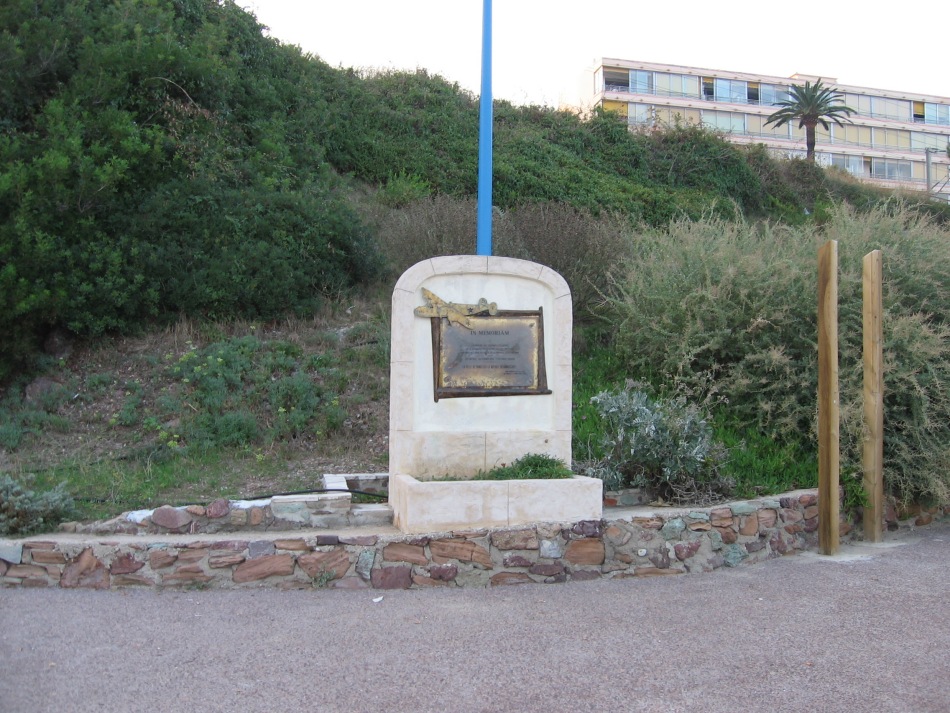 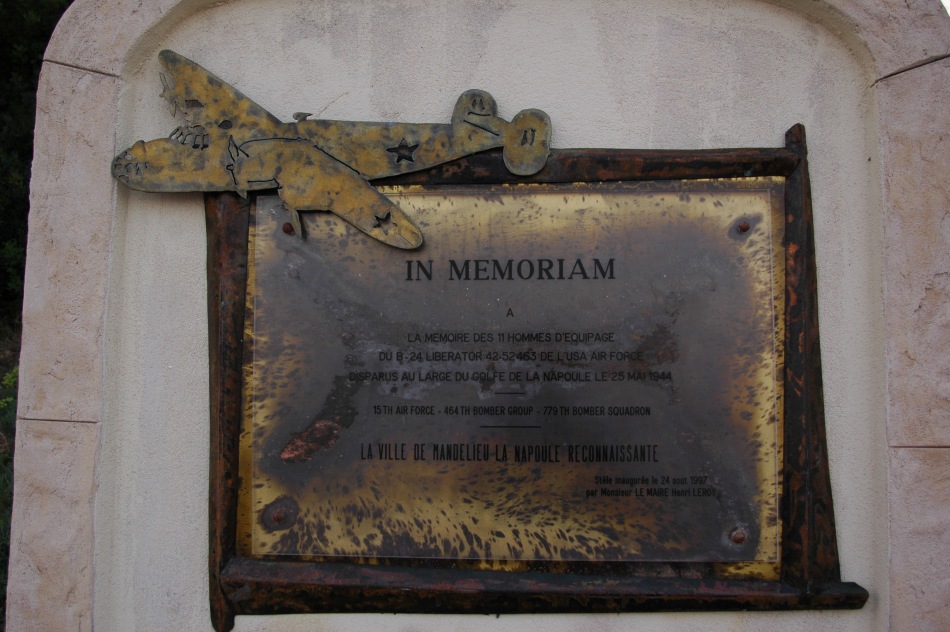 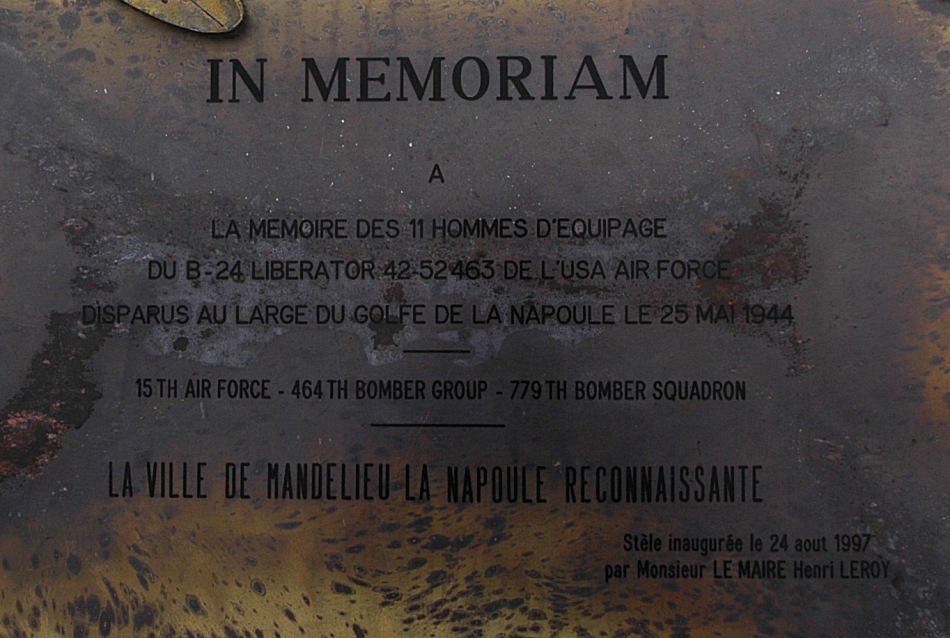