From the middle of Le Molay-Littry, follow the D5 towards Bernesq, cross the Molay and stop at the Riboulet and Saonet intersection. The monument is at the intersection.
A9
This US advanced landing ground operational on June 30th, 1944 was built by the 894th aviation engineer battalion, 9th engineer command, 9th US Army Air Force.

This monument and its adjoining documentation table serves to highlight the presence of the A-9 airfield in the area, which became operational on June 30th, 1944. Built by the 387th Engineer Battalion, it housed the 67th Tactical Reconnaissance Group, the 10th Photo Reconnaissance Group, and the 14th Liaison Squad.
The landing strip was used by General de Gaulle, prime minister Churchill and General Eisenhower.
It was abandoned on October 5th, 1944.
A few hundred meters from the monument was a V-2 mobile launching platform in the castle alley. 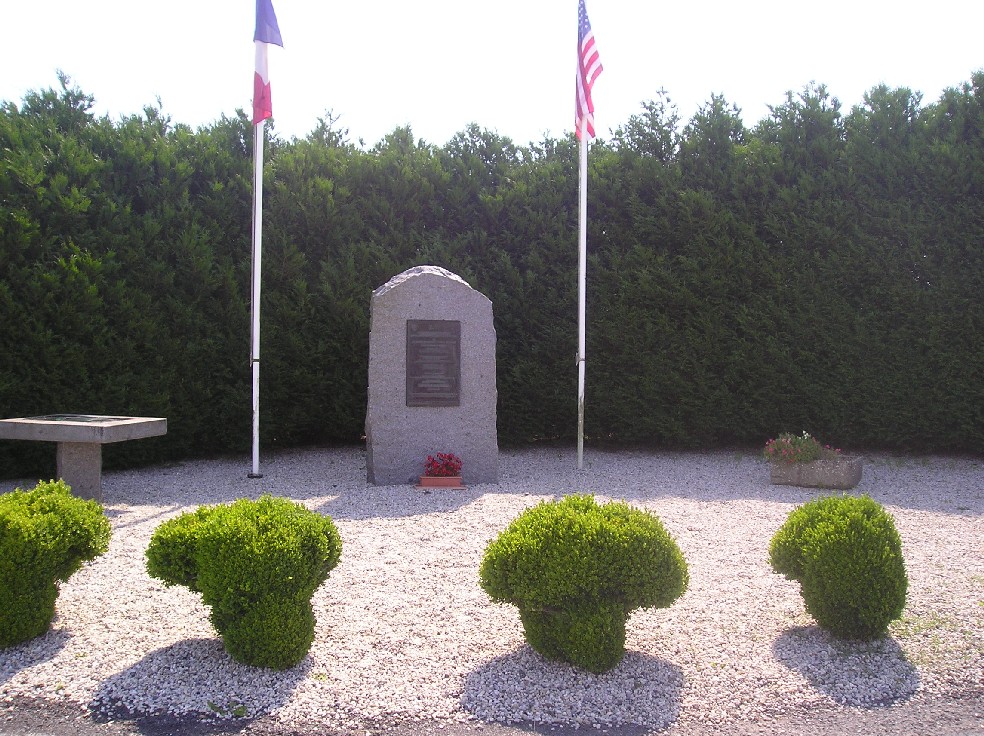 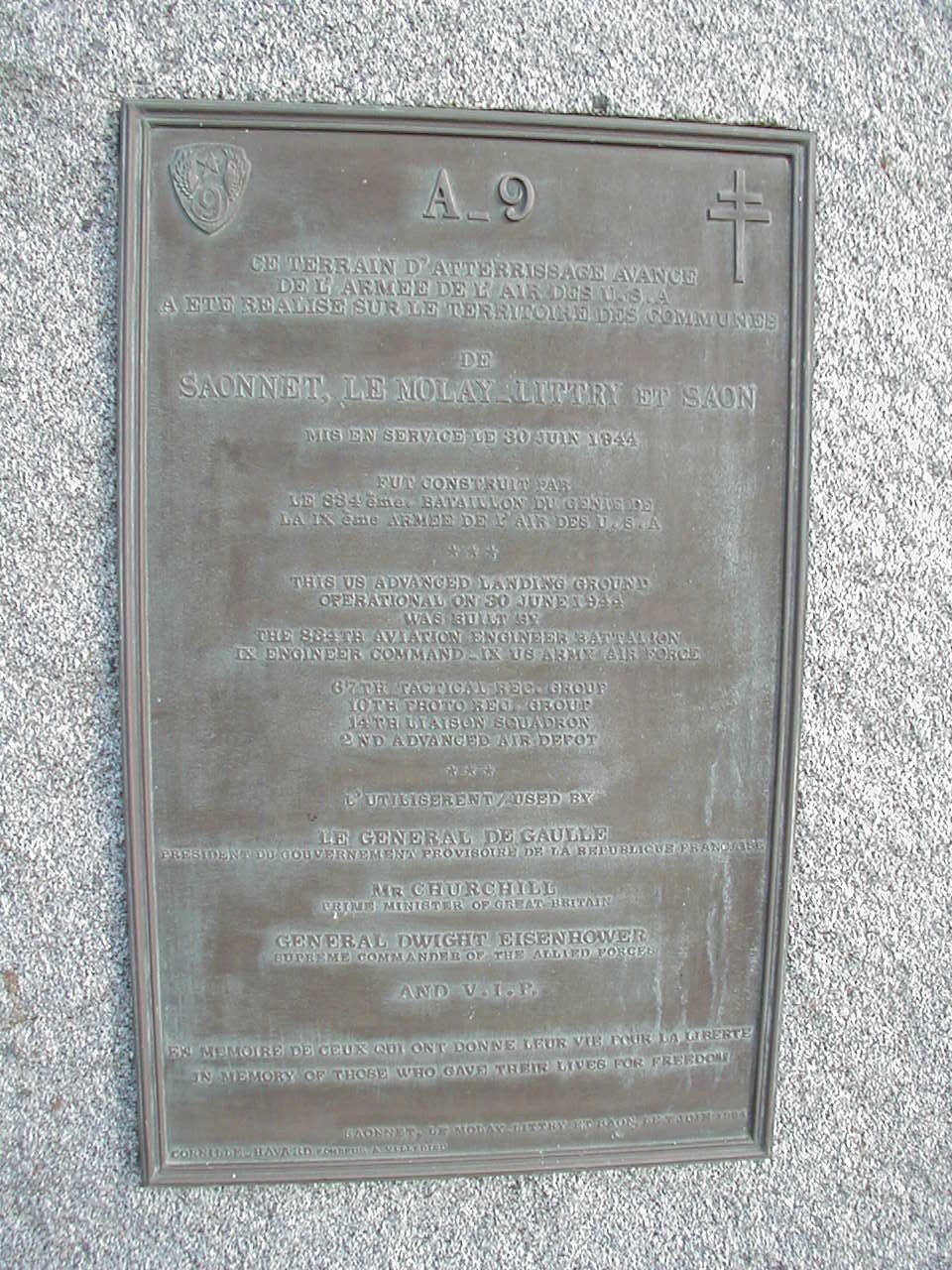 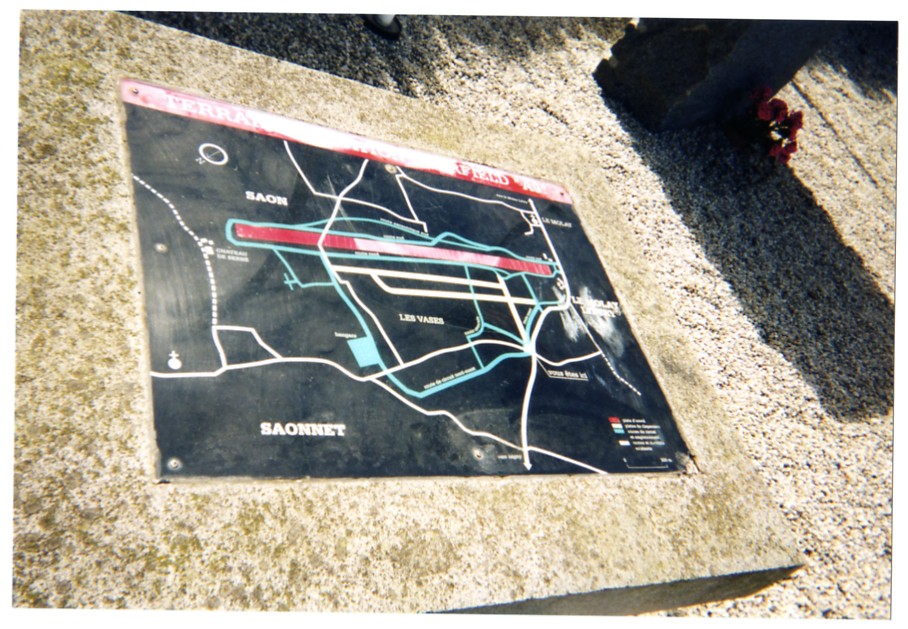 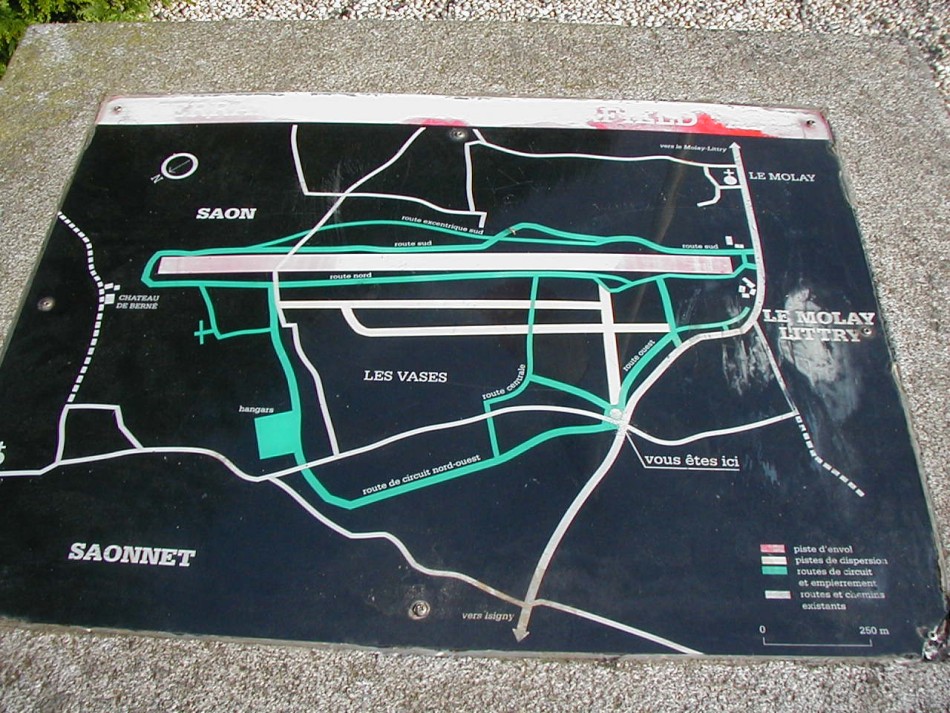