The northern roadside of Le Tertre.
From Angers take the D122 NW to La Meignanne. Then take the D103 west and Le Tertre SE. The monument is on the north side of the road.
In memory of Captain John Q. West and 2nd Lieutenant Douglas H. Cramer who died here on August 1st 1944 when their B-26 Marauder of USAAF's 397th Bomb Group was shot down by German fighters. They sacrificed their lives for our freedom.

Captain John Quinn West, pilot of the B-26 Ā“By GollyĀ”, was much liked by his crew. During a bomb run on August 1st 1944, his plane was severely damaged. Captain West gave the bail out order. The navigator, Lt Cramer, could not jump because his parachute had burned. Captain West chose to stay behind in order to try and land the plane, thereby saving his navigator. The plane exploded in mid-air. The wreck crashed near the contemporary monument with the bodies of the two aviators. The toll was two dead and seven survivors. The pilot J.Q. West is buried in St James and his navigator was sent back to the US.
Monument built on September 28th 2013 thanks to the initiative of Mr Cerizier.
Sources: Mr Babin's book Ā“By Golly's last missionĀ” and Captain West's cousin, Mr Jack D. Stovall's book: Ā“Wings of courageĀ”

Notified by : Jean et Marie.   Record added 09/11/2013 14/07/2014.
Photos : Jean et Marie.
The photos are under copyright. They may not be reproduced, modified, distributed in any support without prior permission.
You are free to make links to this page. 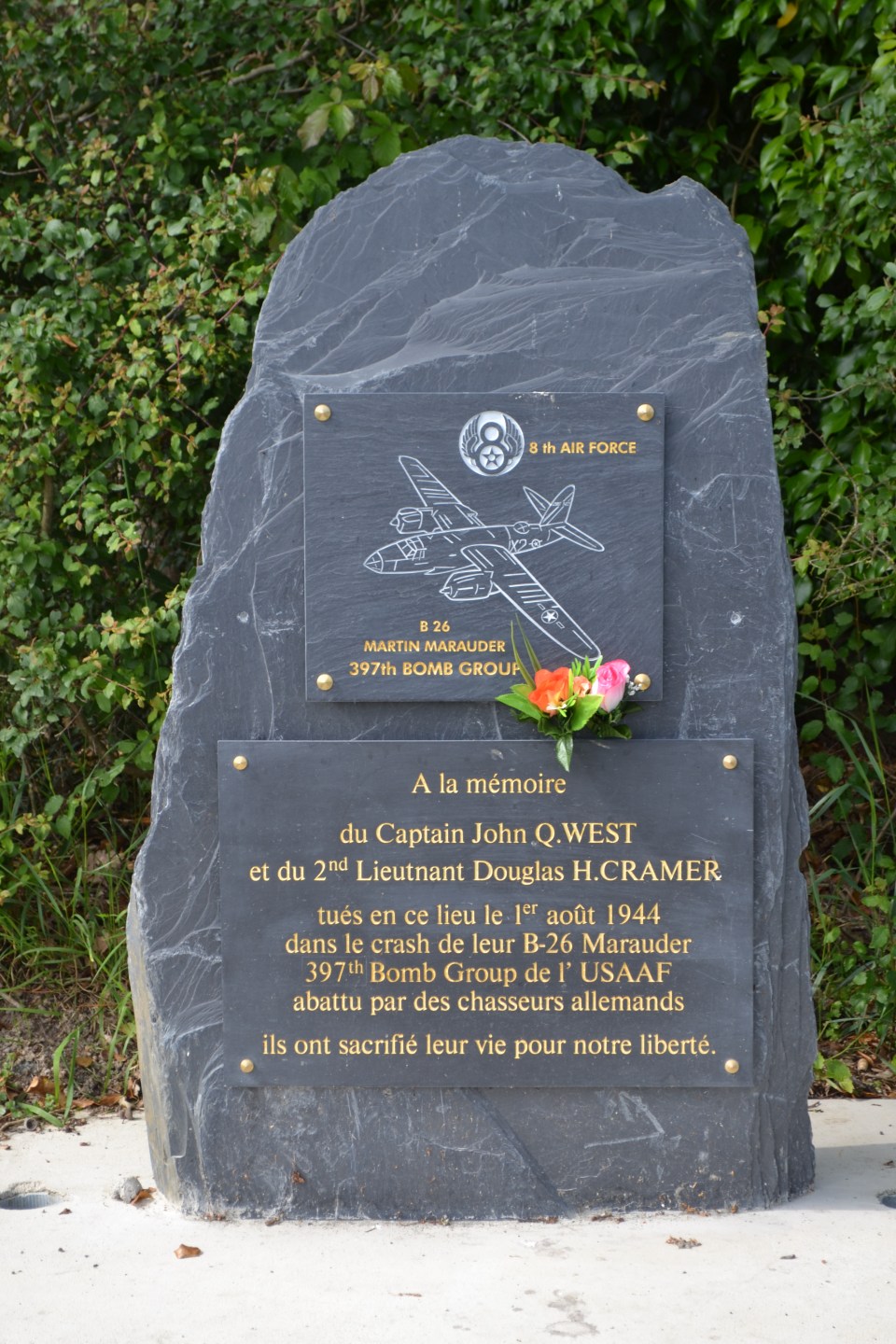 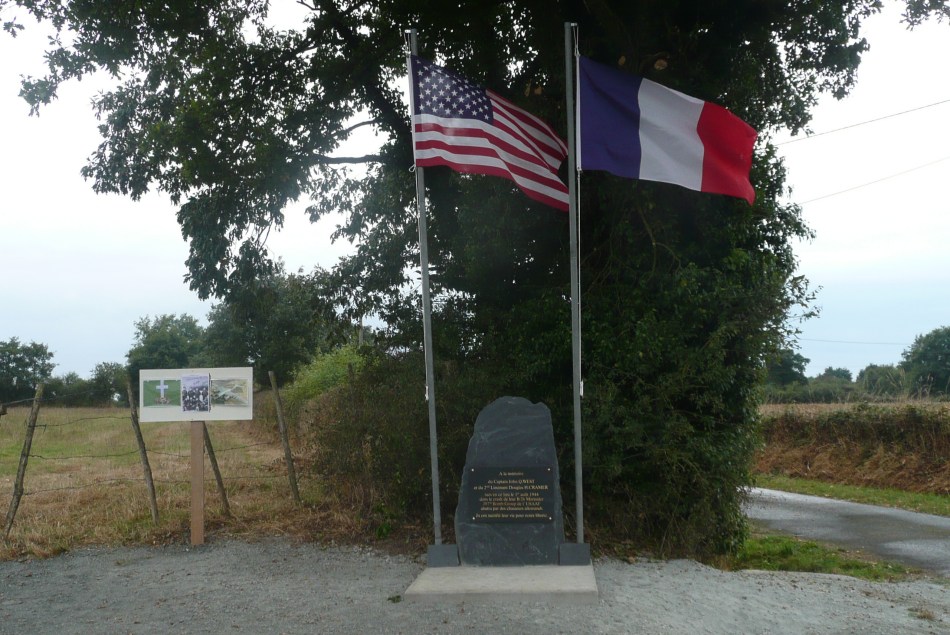 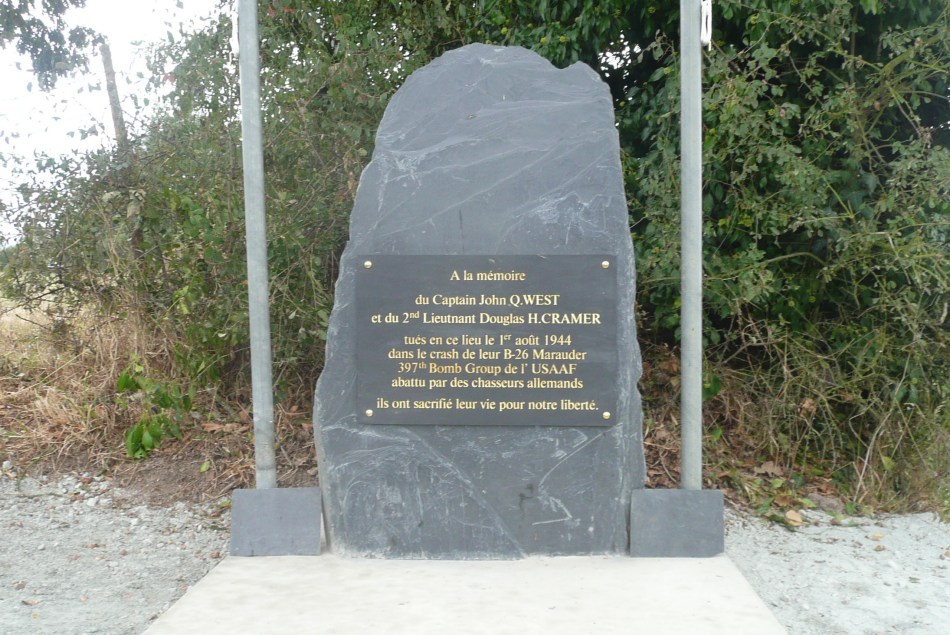 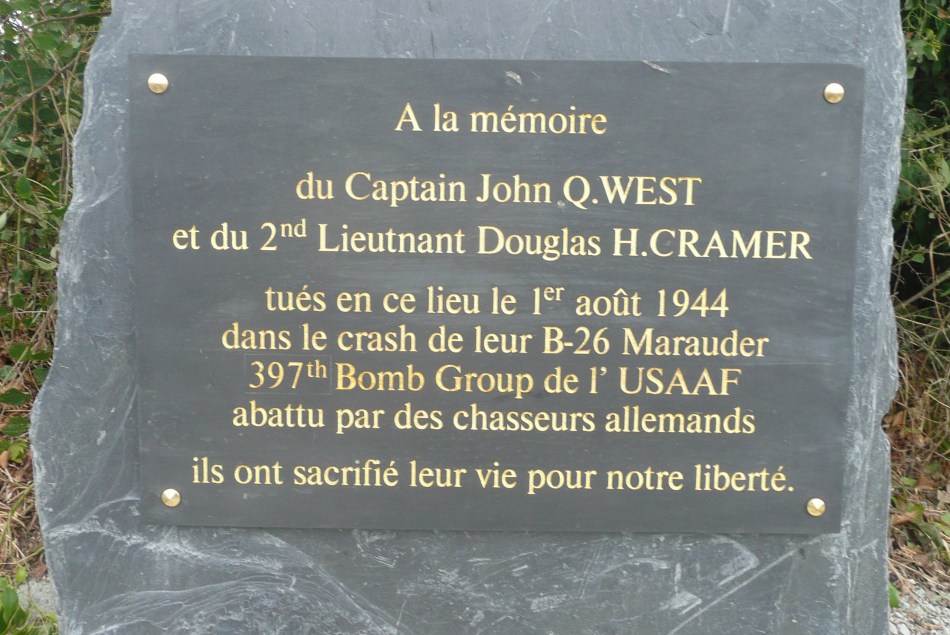 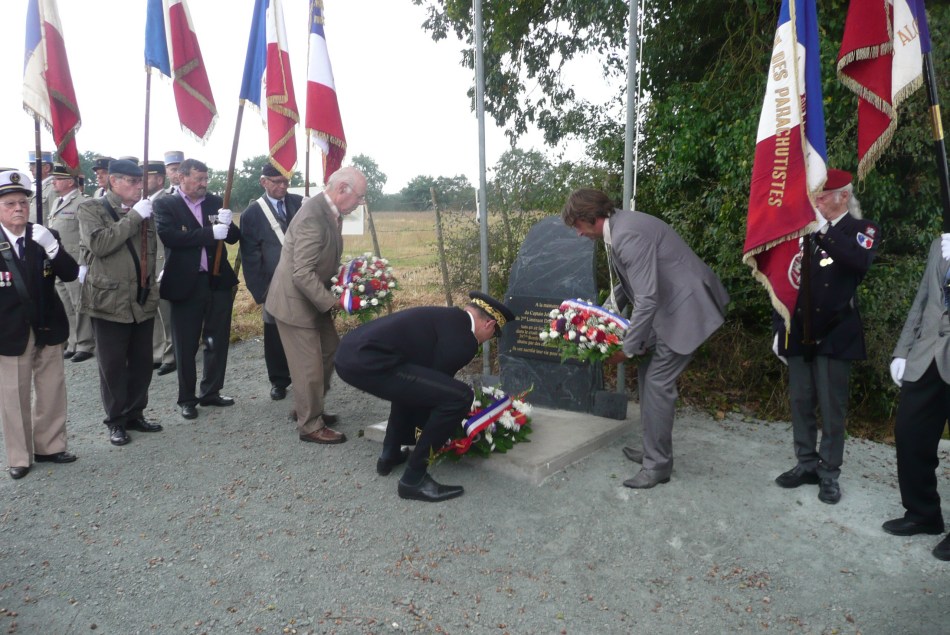