A monument commemorating American aviators.
From the N145 westbound take the D990 north to Chatelus-Malvaleix then the D3 north to La Cellette. Take the road Les Combes east to the monument.
To the Citizens of Creuse
We fell from the sky into your arms and hearts forever. February 6, 1945.
With our eternal gratitude.
This monument was erected to honor the crash of the B-17 "Diplomat" 2102967-A of the 569th Bomber Squadron, 390th Bomber Group, on February 6th, 1945 at Les Combes La Cellette after a difficult return from a mission over Germany (Chemnitz). All the crew members were recovered by the Creusois and, after regrouping at Gueret, they were able to return to Framlingham air base in England. Ten days later, they were back in German airspace┬ģ
This monument was inaugurated on June 11th, 2006, at the crash site, by LtColonel Joseph Robert Belgam who was the plane' s pilot in 1945. It was offered by the family and the tail gunner's family (William T. Johnson). It symbolizes international friendships┬ģHence, so we may never forget who they were┬ģ

Notified by : DOMINIQUE DUCOURTIOUX.   Record added 26/07/2008.
Photos : Claude Dannau (10/2018), Dominique Ducourtioux (25/07/2008).
The photos are under copyright. They may not be reproduced, modified, distributed in any support without prior permission.
You are free to make links to this page. 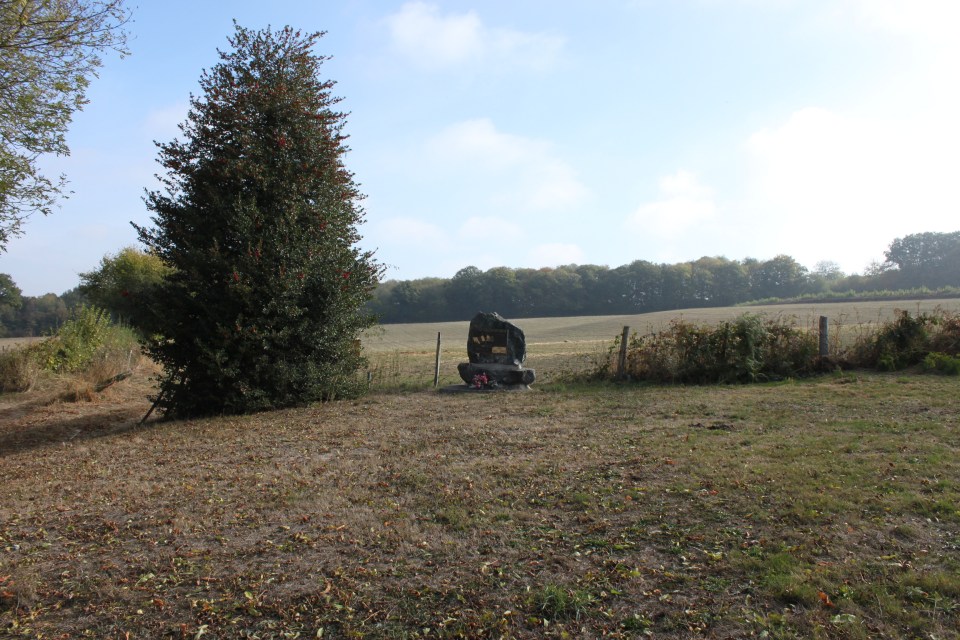 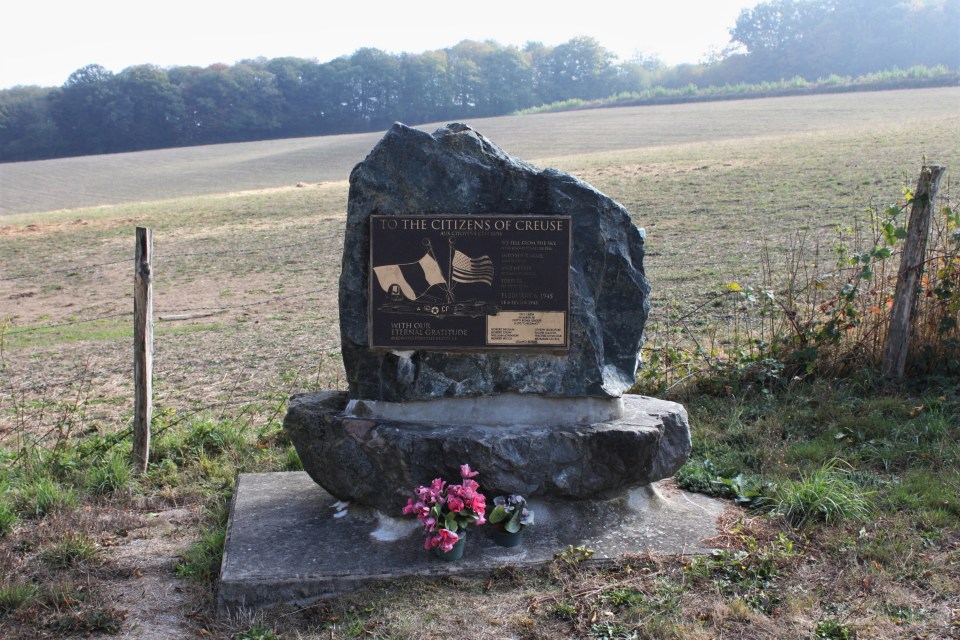 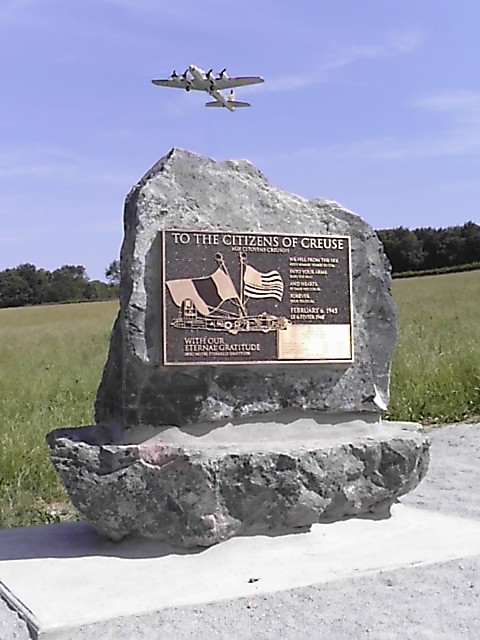 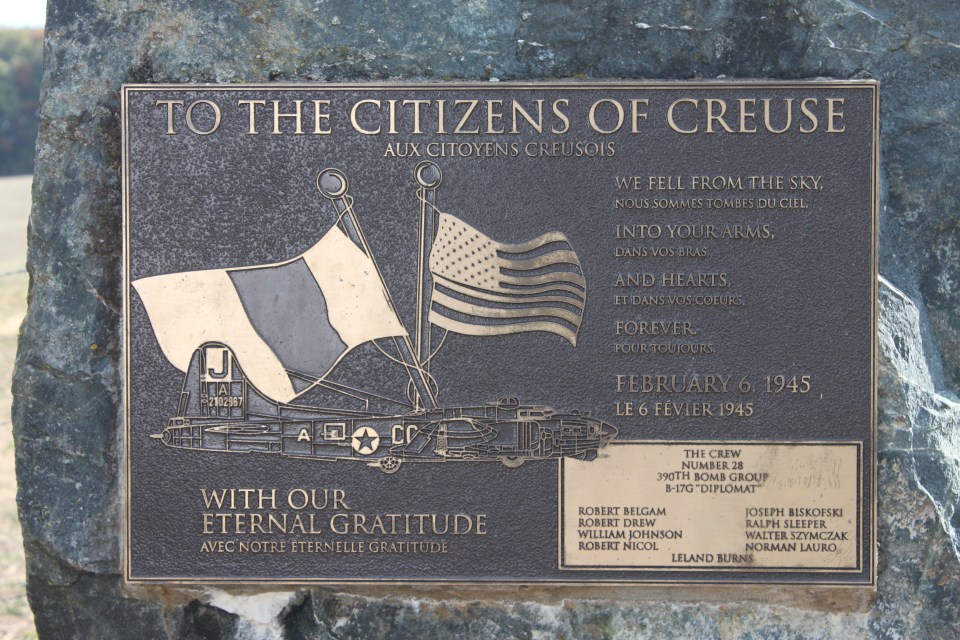 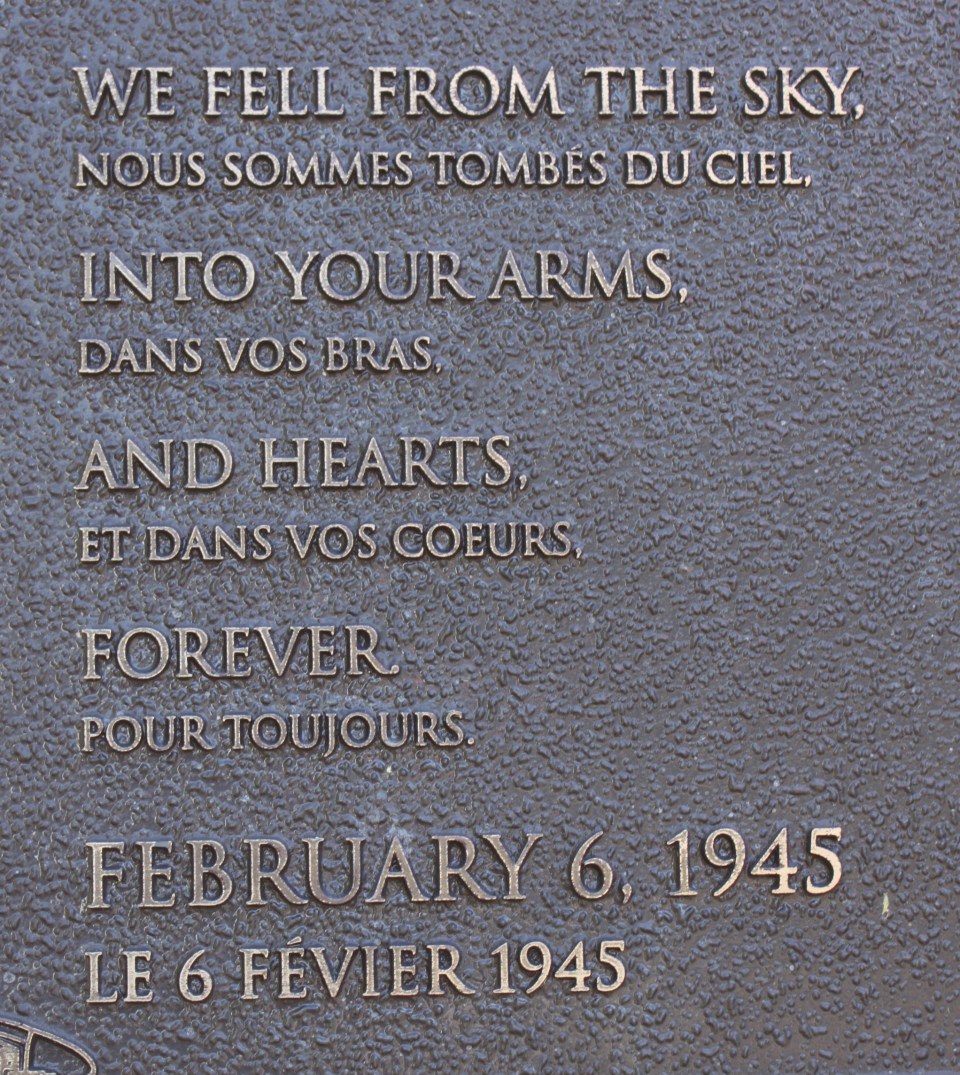 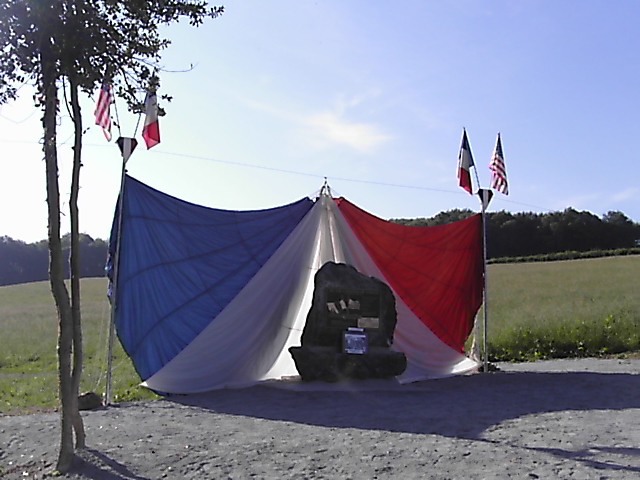 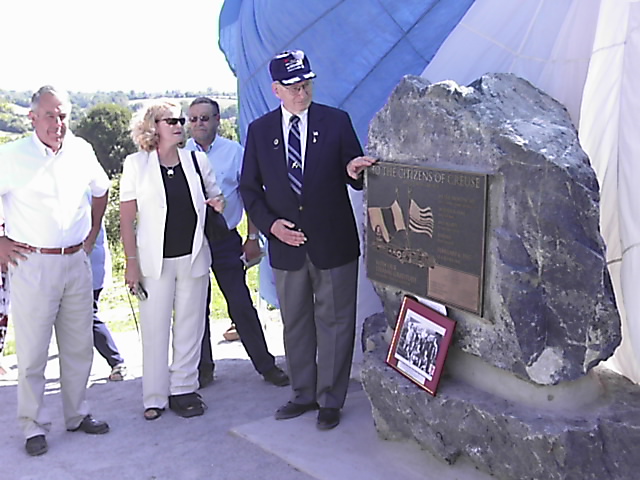