To the East of La Cambe along the D204, 340m to the North of the bridge on the N13.
Vertical stone marker with a plaque commemorating American aviators on the side of the D204.
Dedicated to the 48th Fighter Group and the 492nd, 493rd, and 494th Fighter Squadrons, located at ALG A-4 from June 18th to September 5th, 1944. The valiant pilots and support personnel played a key role in the victory of the Allied forces during WWII.
493rd FTR SQDN ASSN(WWII)

Notified by : Robert Gaudinat.   Record added 06/10/2008.
Photos : Robert Gaudinat.
The photos are under copyright. They may not be reproduced, modified, distributed in any support without prior permission.
You are free to make links to this page. 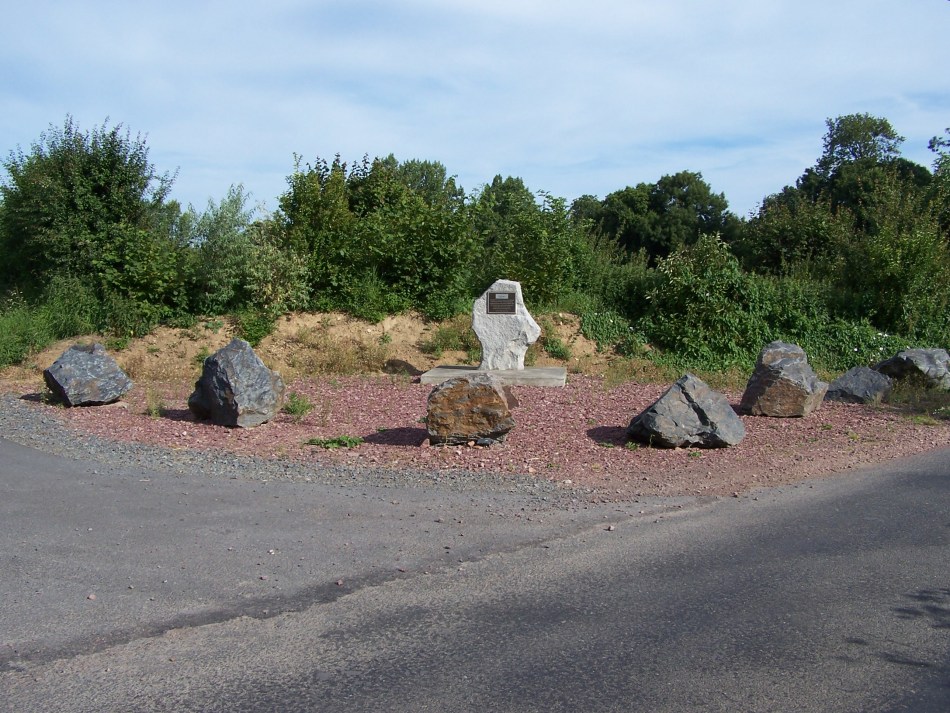 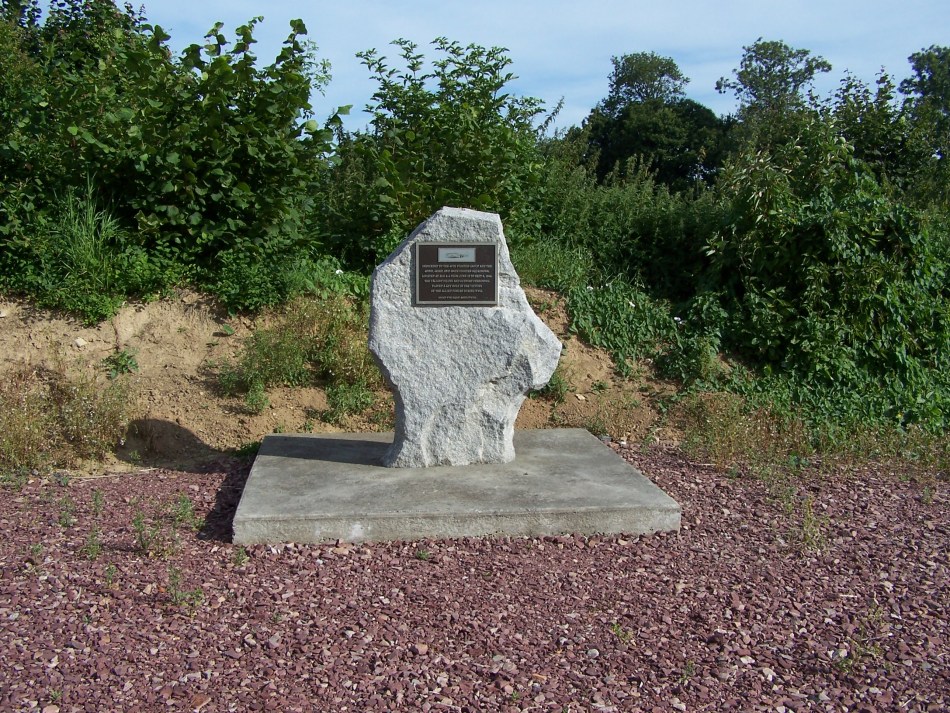 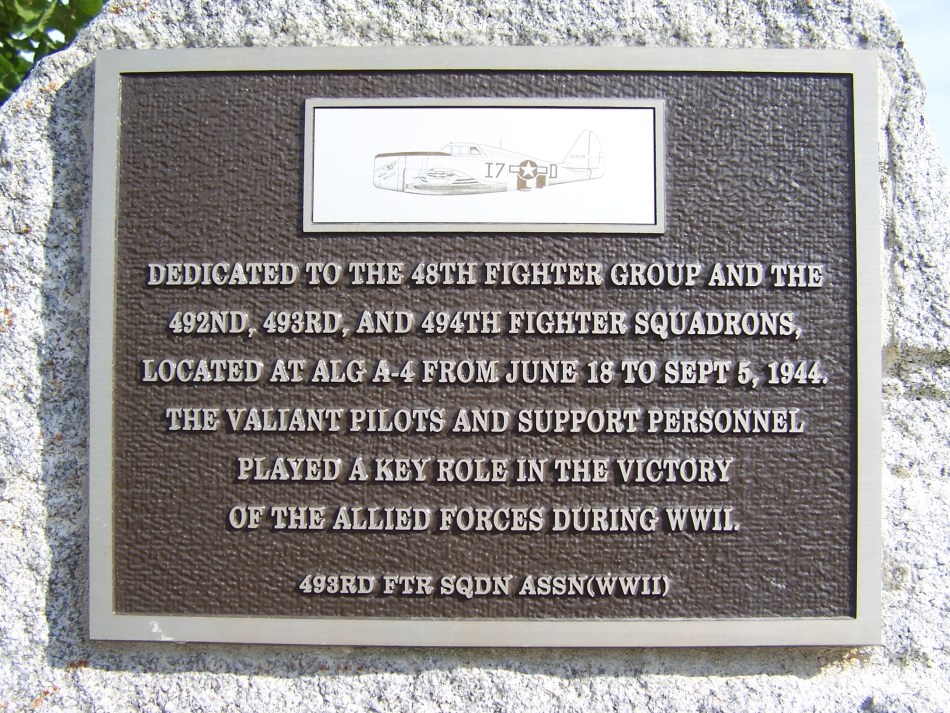