A monument commemorating American aviators located next to a bay on the top of a hill.
Coming from Trûˋguier on the D20 enter Kerbors by the church and turn left towards the town hall of Mairie, Bellevue, Ile û  Poule. A few dozen meters afterwards, at the town hall, follow the sign to the "stele americaine" past Bellevue to the edge of Jaudy. The monument will be at the end of the dirt path on the right.
On the afternoon of December 31st, 1943, while returning from the bombing of the Cognac-ChûÂteaubernard airfield, the B-17 ôStinky Weatherô was shot down by German fighters over Bellevue, on the river Jaudy.
Four airmen died in the crash:
- the pilot, 2nd Lt. Warren L. PUTMAN ;
- the copilot, F/O Thomas A. IRVINE ;
- the mechanic, Sgt. Ray E. PRATER ;
- the belly gunner, Sgt. Albert R. CUSTER.
Of the six airmen that managed to jump, the bombardier, 2nd Lt Jack R Wood was taken prisoner and died of his wounds in the Morlaix hospital. The radio operator, SSgt Wesley F Greene, the right wing gunner Sgt Robert O Diehl, and the tail gunner, Sgt Jack D McKinney, were taken prisoner by the Germans upon landing.
The left wing gunner Sgt John J Gilson Jr, escaped until captured in the South-West of France.
Alone, the Navigator, 2nd Lt Irving J Shwayder, escaped and returned to the UK.

Notified by : Rûˋgis Biaux.   Record added 01/06/2012.
Photos : Rûˋgis Biaux (05/2012).
The photos are under copyright. They may not be reproduced, modified, distributed in any support without prior permission.
You are free to make links to this page. 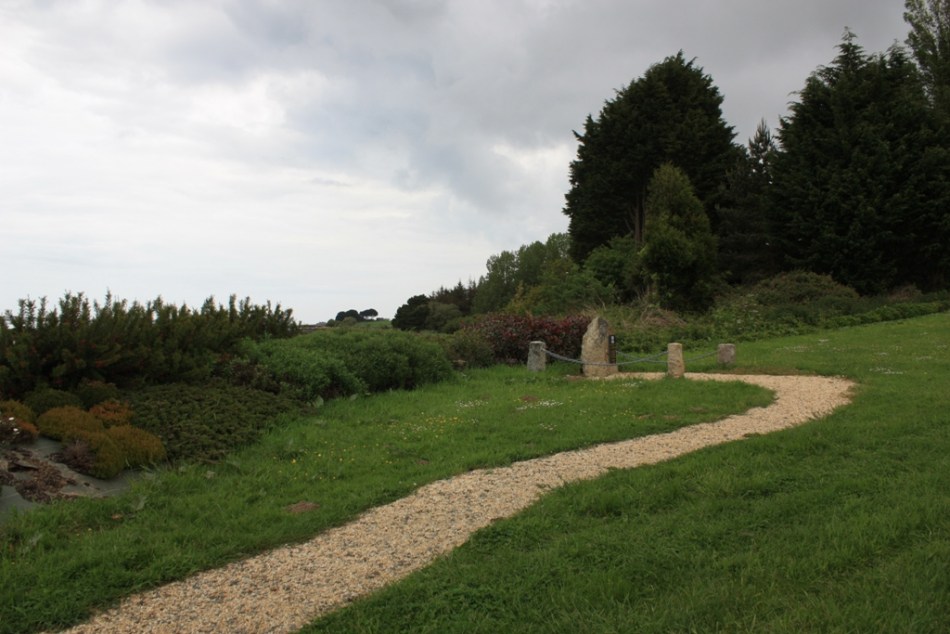 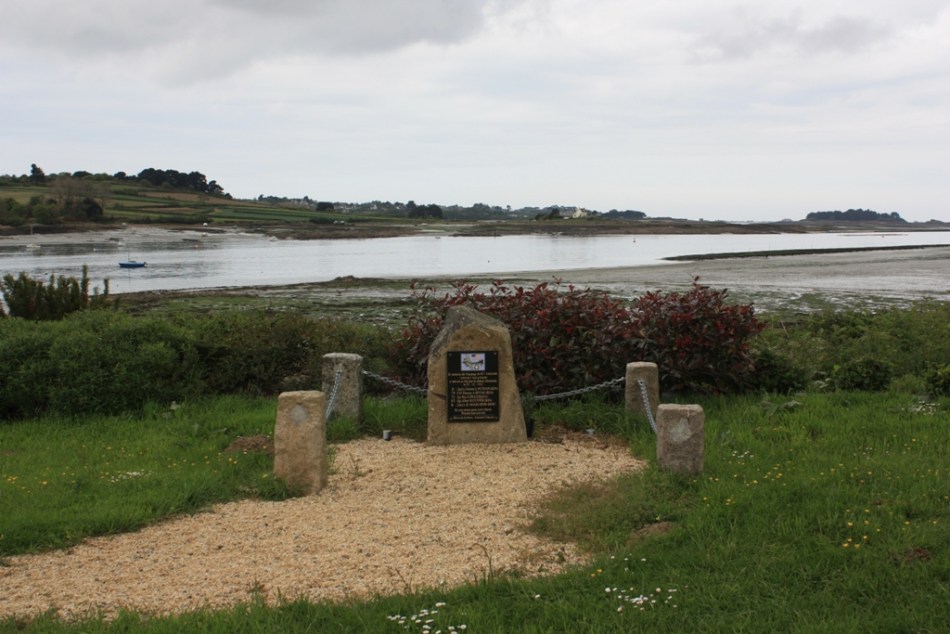 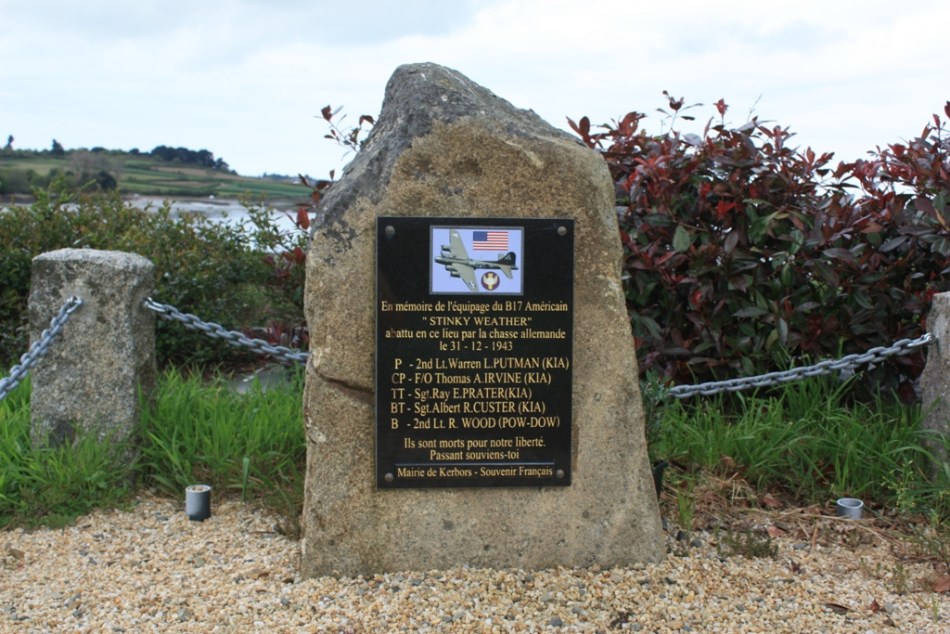 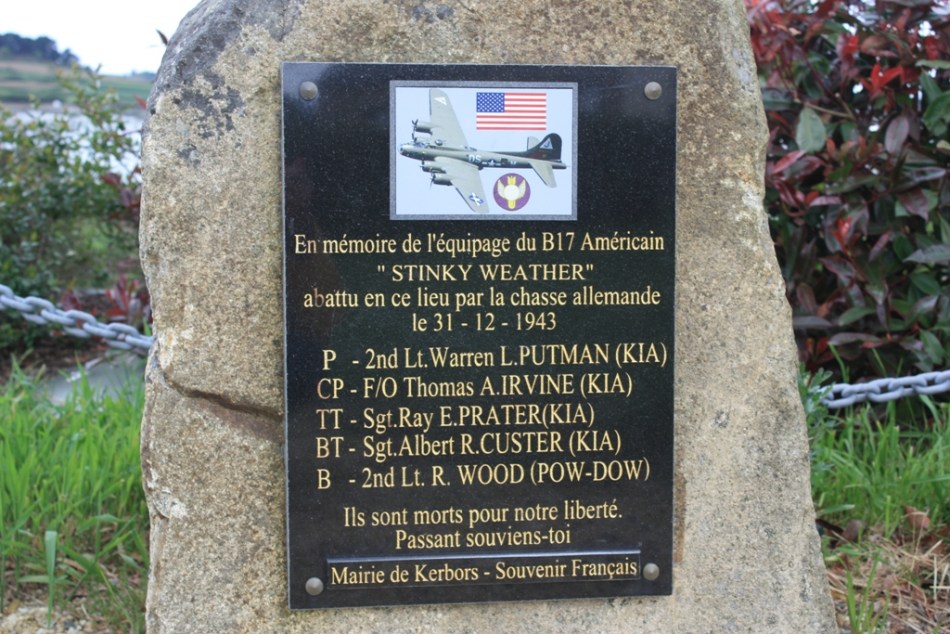