Gabriel and Charles Voisin created a company to build planes in Issy in 1910. After the death of Charles in 1912, Gabriel considerably developed the company. In October 1914 the bomber aircraft Voisin III was chosen to equip all the French air squadrons. In 1915, the factory employed 800 workers. Shortly after the war, the factory produced luxuous cars, instead of planes... until 1958. 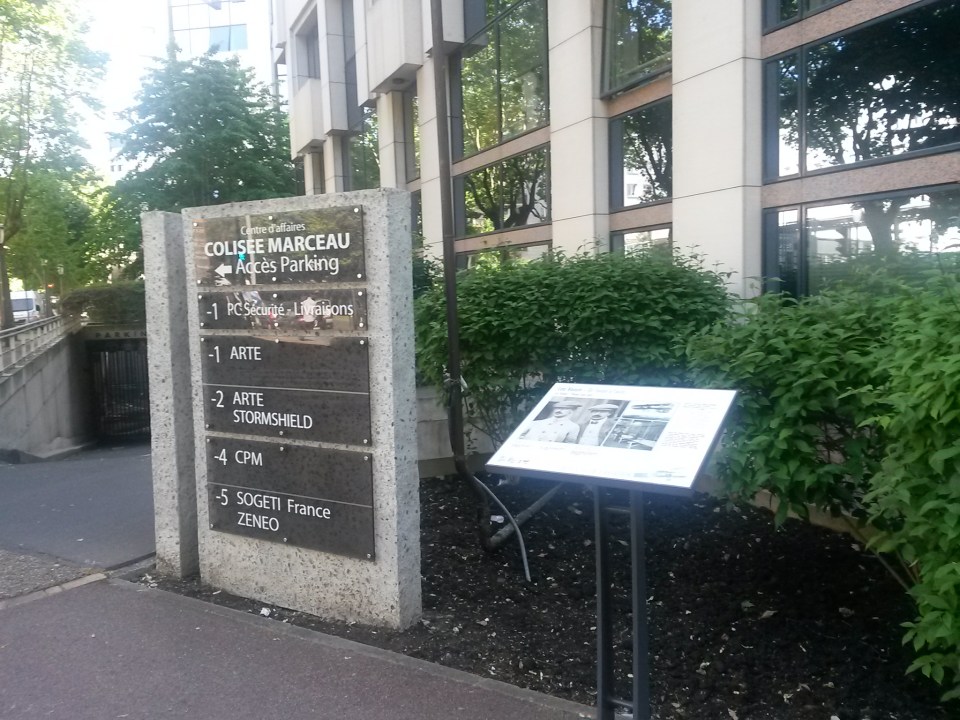 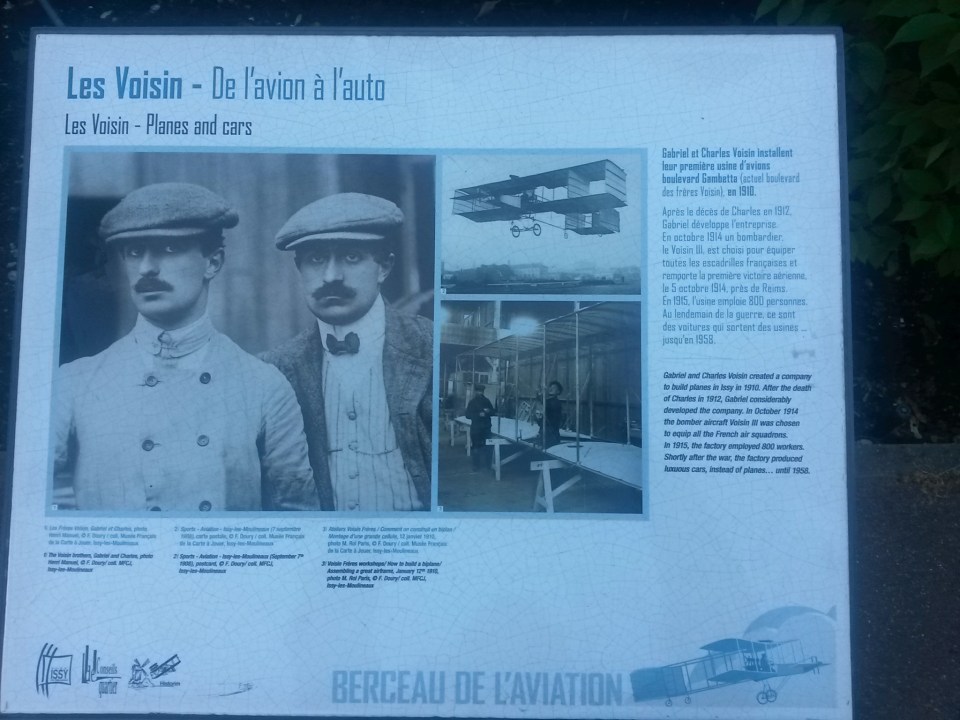 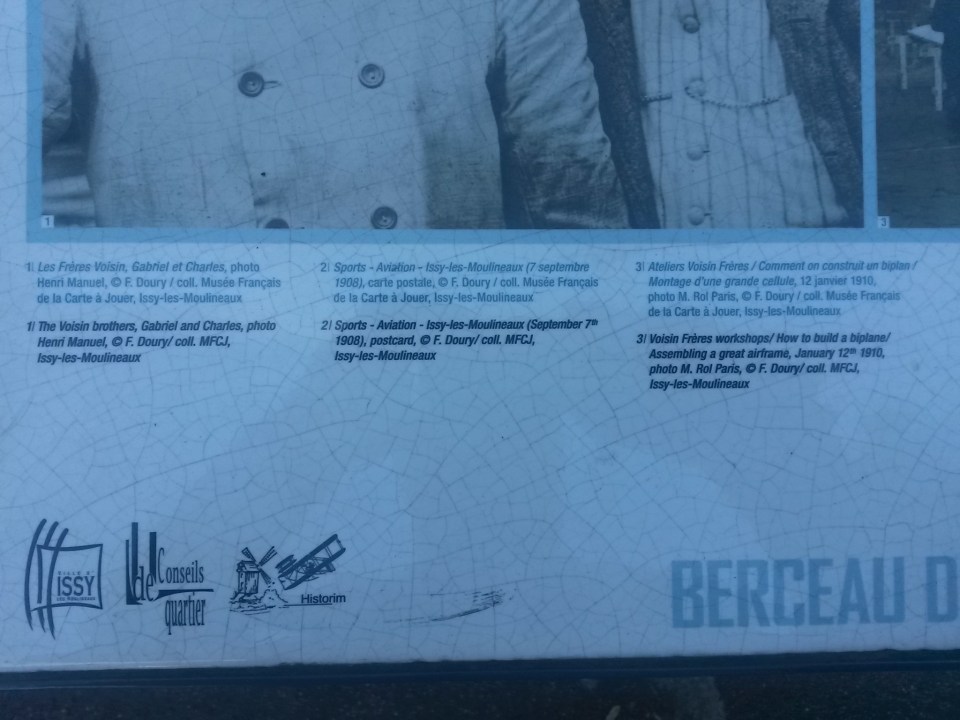 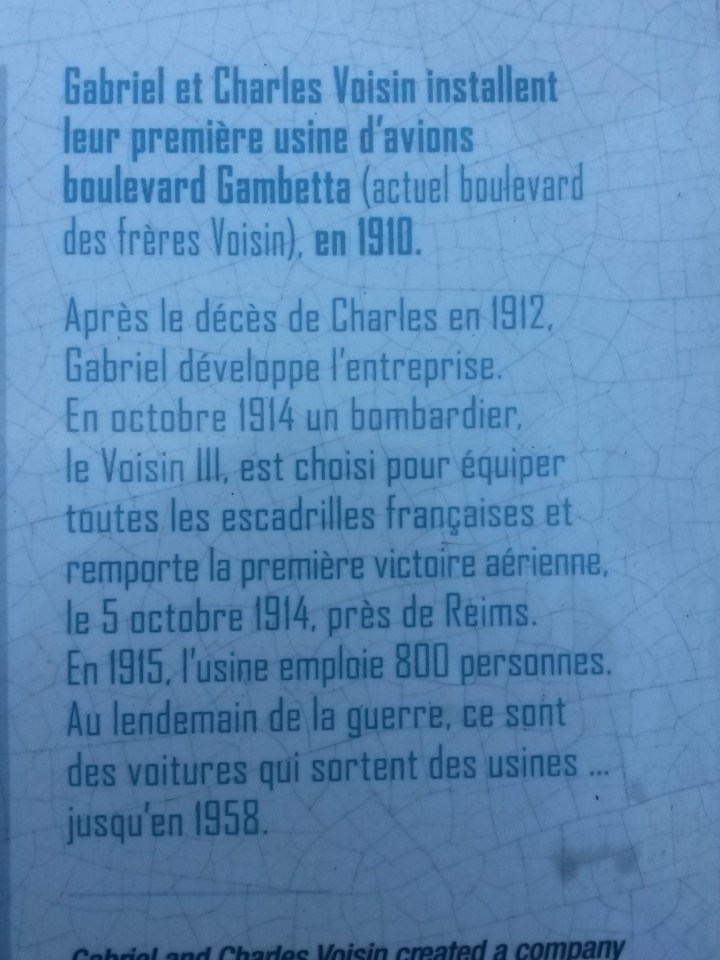 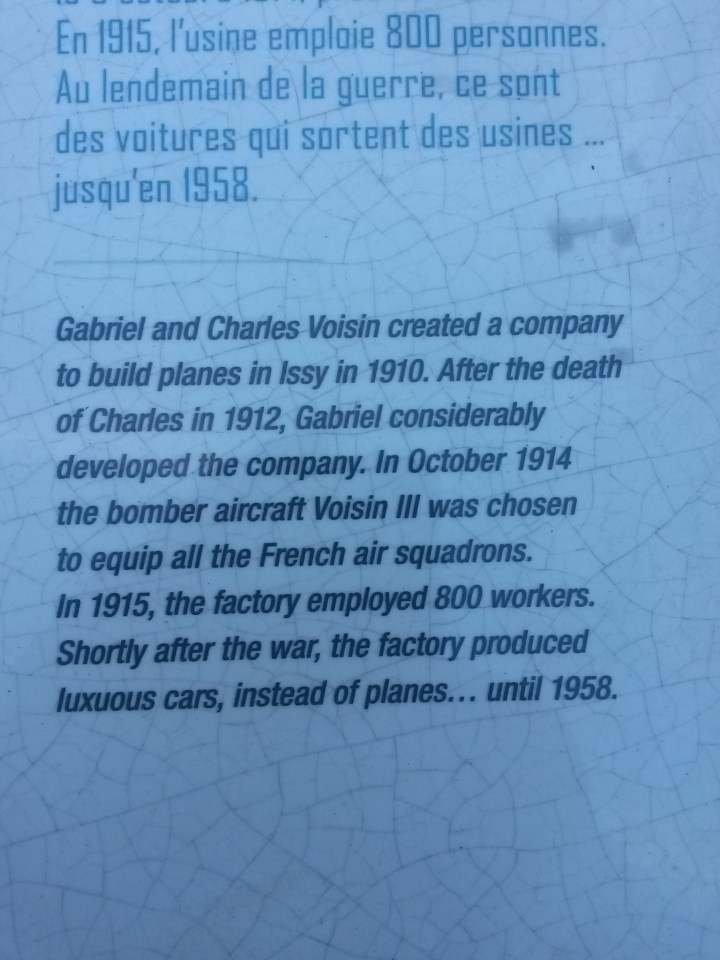