A boulder commemorating Lt Smith at Incarville's intersection.
Southeast from the D71 near the A13 take the Rue d'Epreville. The monument is on the eastern section of the intersection.
This monument was built in memory of Lieutenant Thomas P Smith's sacrifice. He was killed at the controls of his B-17G 42-107030 "Fifinella", part of the 322nd Bomber Squadron, 91st Bomb Group, 8th Air Force on August 13th, 1944.
It was the 54th mission of the flying fortress, whose objective was to bomb the railroad bridge on the Seine near Manoir in order to cut off the Germans' supply lines. The plane took a direct hit from flak not long after entering the area. It stayed in formation to accomplish its mission before starting the trip home. Lieutenant Thomas P Smith circled above Incarville to allow the rest of the crew to evacuate, but had to stay in the plane.
The flying fortress destroyed the town's crucifix on Epreville road in its crash on Incarville and ended up buried in a house. Thomas P Smith was killed on the spot. He was 20.
After being buried in the cemetery of the Pont de l'Arche, he was moved to the Coleville sur Mer cemetery. Three of his crew were captured and sent to Germany, while the rest made their way back to England, thanks to the local population.

Notified by : Rûˋgis Biaux.   Record added 30/09/2011.
Photos : Rûˋgis Biaux (09/2011).
The photos are under copyright. They may not be reproduced, modified, distributed in any support without prior permission.
You are free to make links to this page. 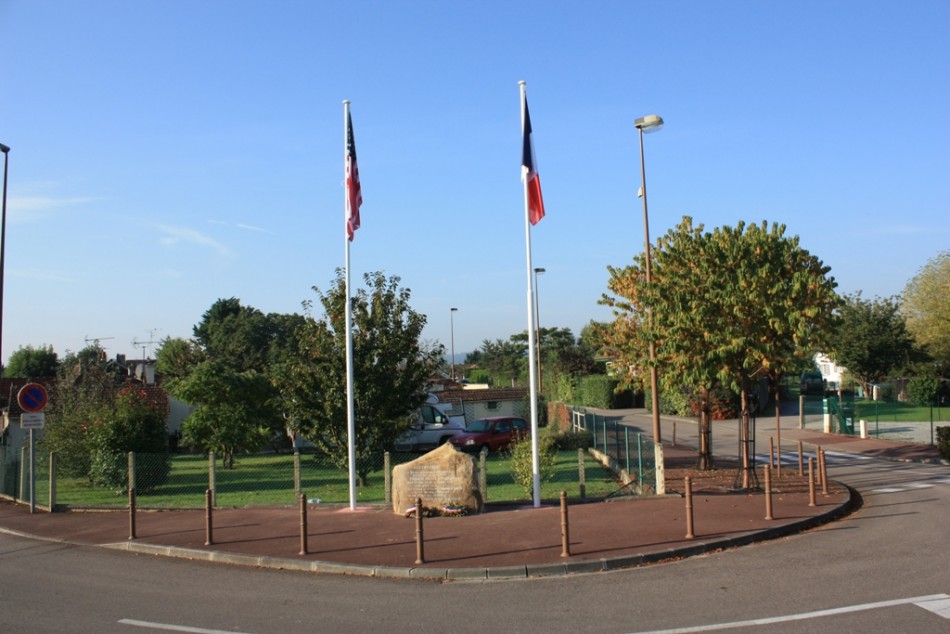 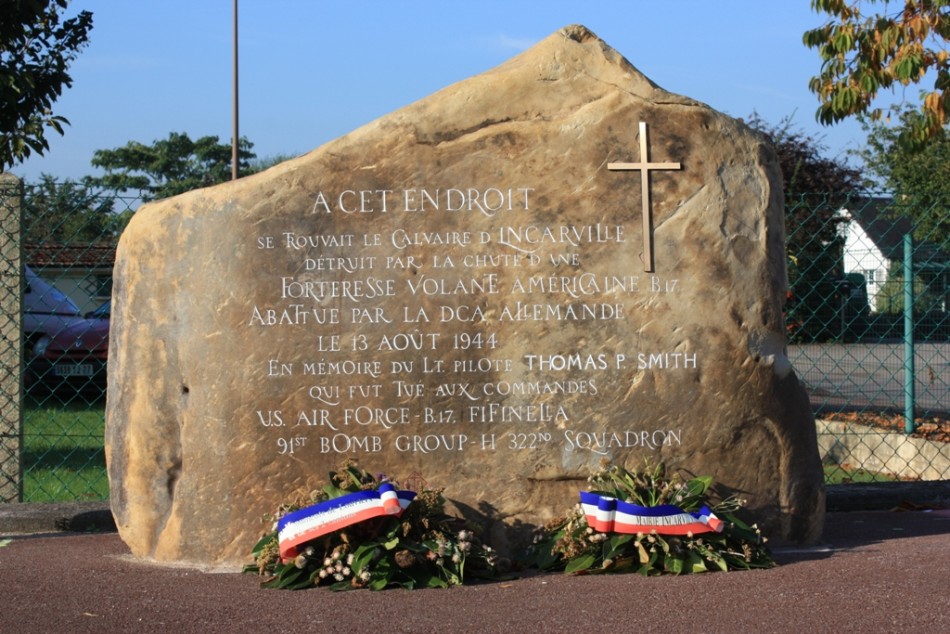