The E roadside of the D122 in front of the town cemetery, memorials honoring a downed American air crew.
Take the N24 W from Rennes and get off on the D169 after Ploermel. Head S to Guillac. The monument is on the E side of the road in front of the cemetery just after the road turns into the D122.
In memory of the American aviators that crashed over the town of Guillac on February 16th 1943 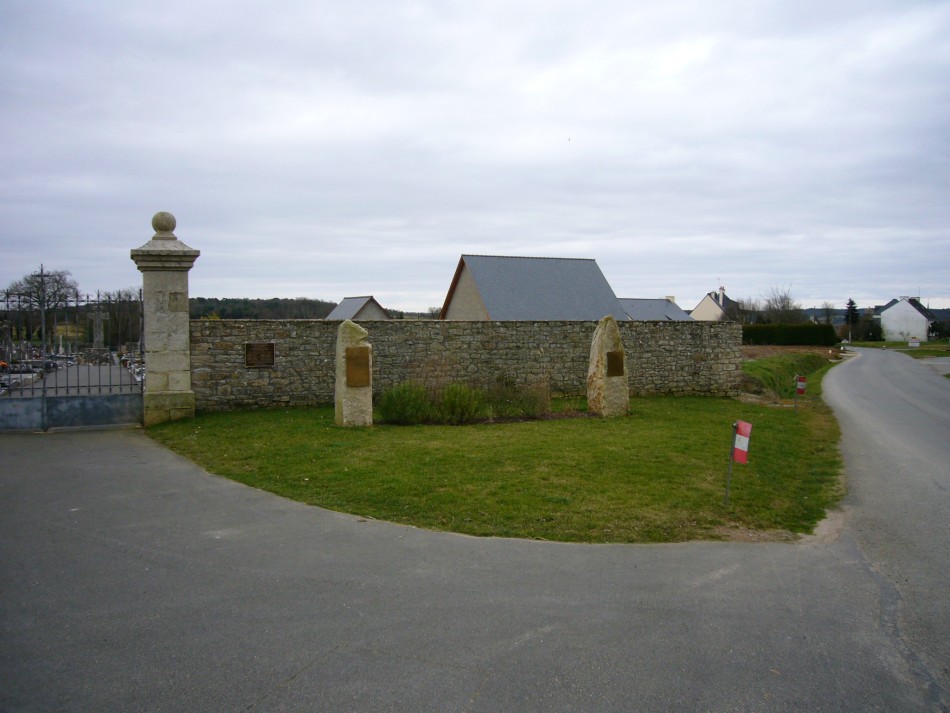 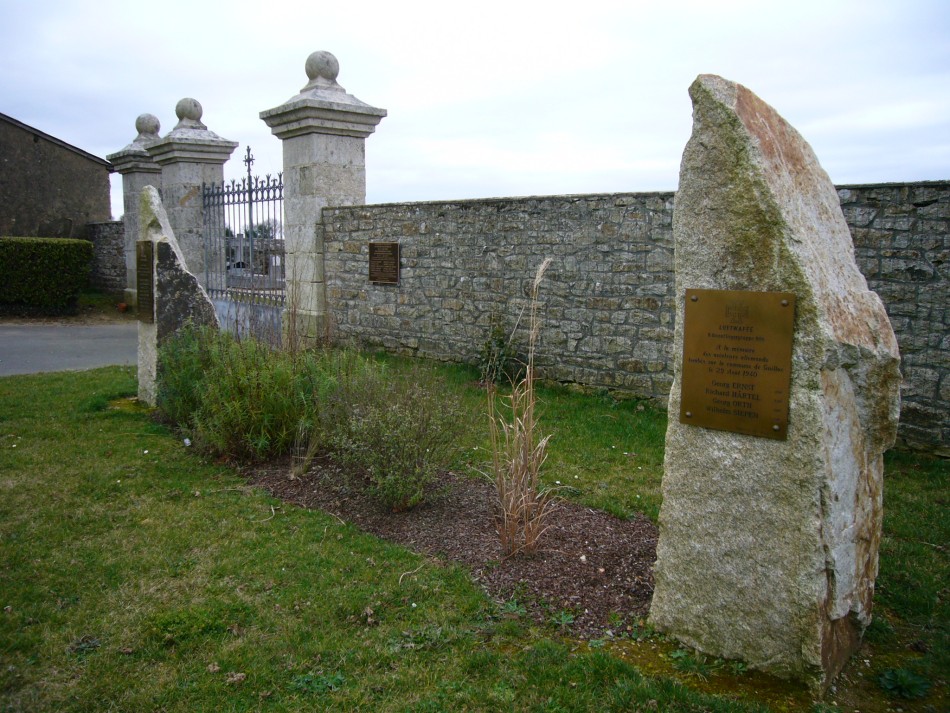 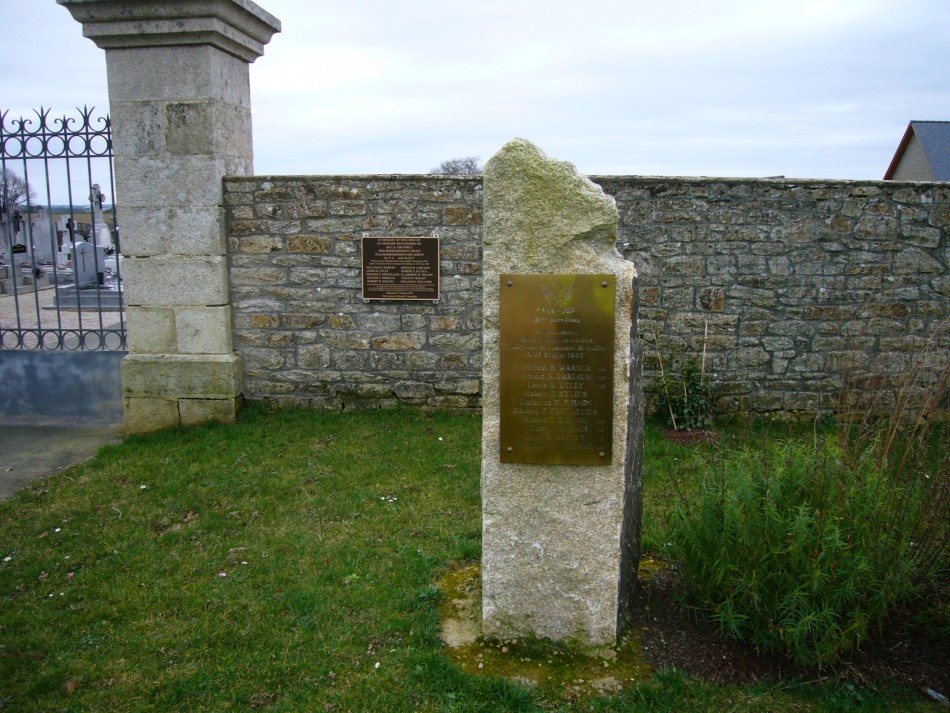 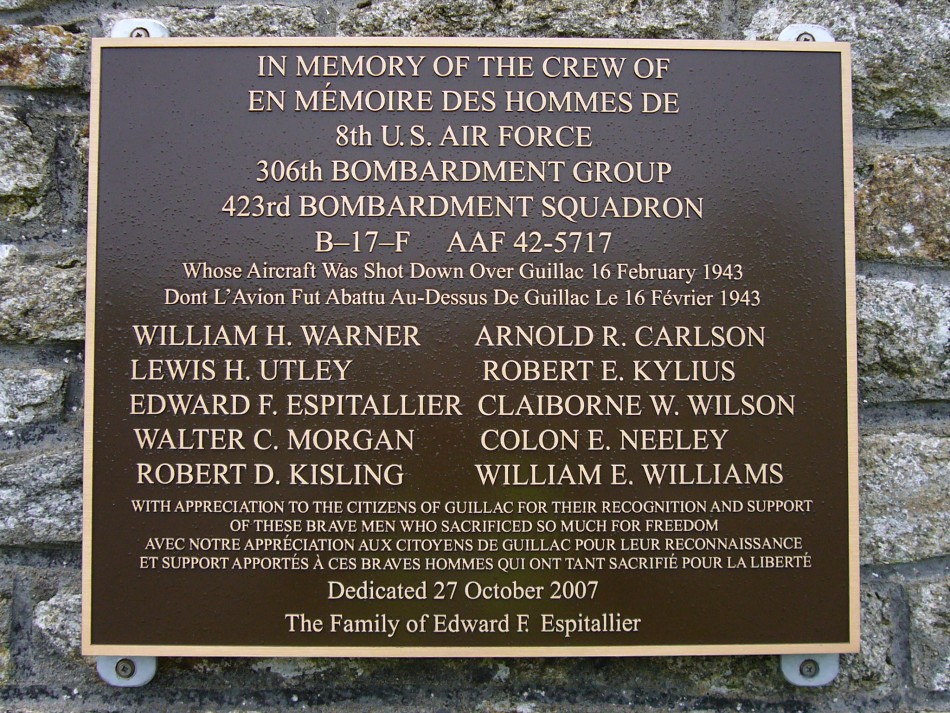 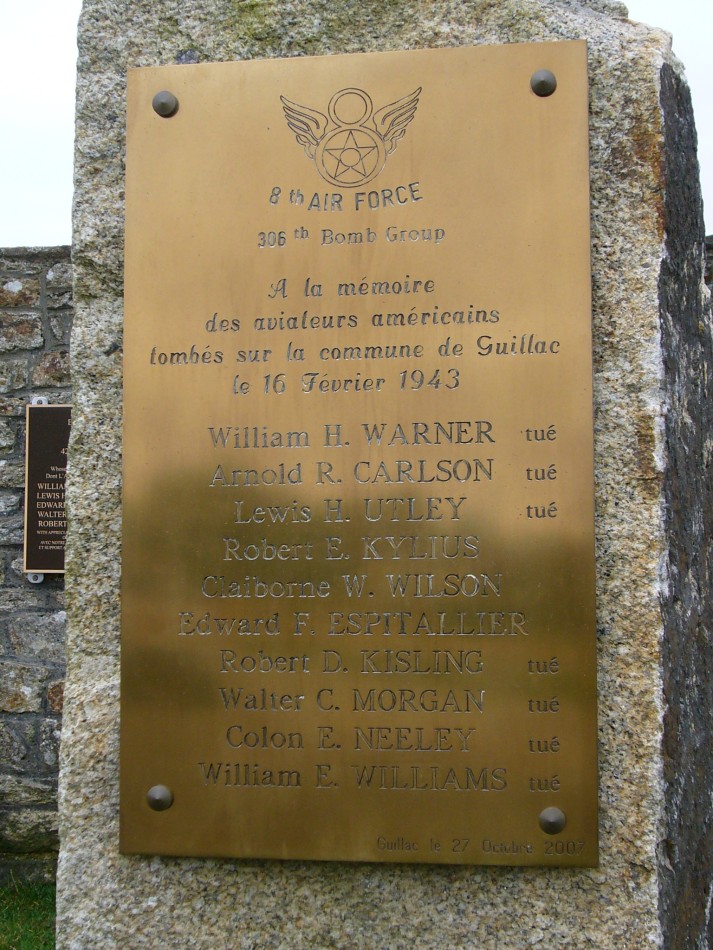