A small town intersection at which is a monument to a US aviator.
From the N12 take the D67 NW. The monument is located on the southern side right after the Four Neuf intersection.
In memory of USAAF 378th Squadron's Major Harry R. Stroh
Shot down on August 27th 1944 over Kergaradec on a support mission to the 8th ID (led by his father)


Honors the memory of the 2nd and 8th ID for their part in the liberation of Brest in August/September 1944, but also that of Major Harry R. Stroh, pilot of a P-47 Thunderbolt of the USAF's 378th Fighter Bomber Squadron, who was shot down here on August 27th 1944 while flying a ground support mission.
But one should know that:
- The mission was called in by the 8th ID's commander, Major General Donald A. Stroh, Harry's father!
- General Stroh witnessed his son's death without knowing it was him.
- General Stroh was temporarily relieved of his command in December 1944 due to depression over his son's death while his division was engaged in the Hurtgen Forest fighting of 9-19-44 to 2-10-45 at the German border.

Notified by : Alain Rimlinger.   Record added 22/11/2012.
Photos : Alain Rimlinger.
The photos are under copyright. They may not be reproduced, modified, distributed in any support without prior permission.
You are free to make links to this page. 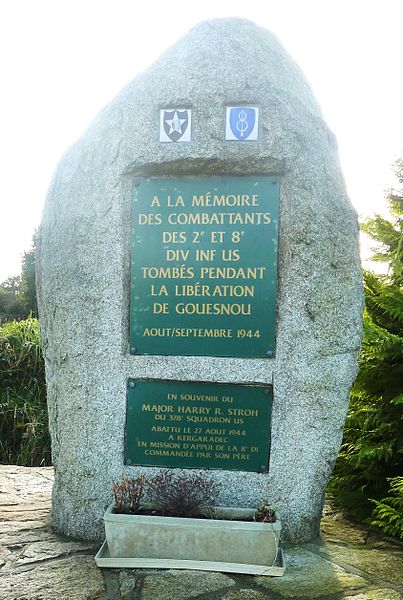 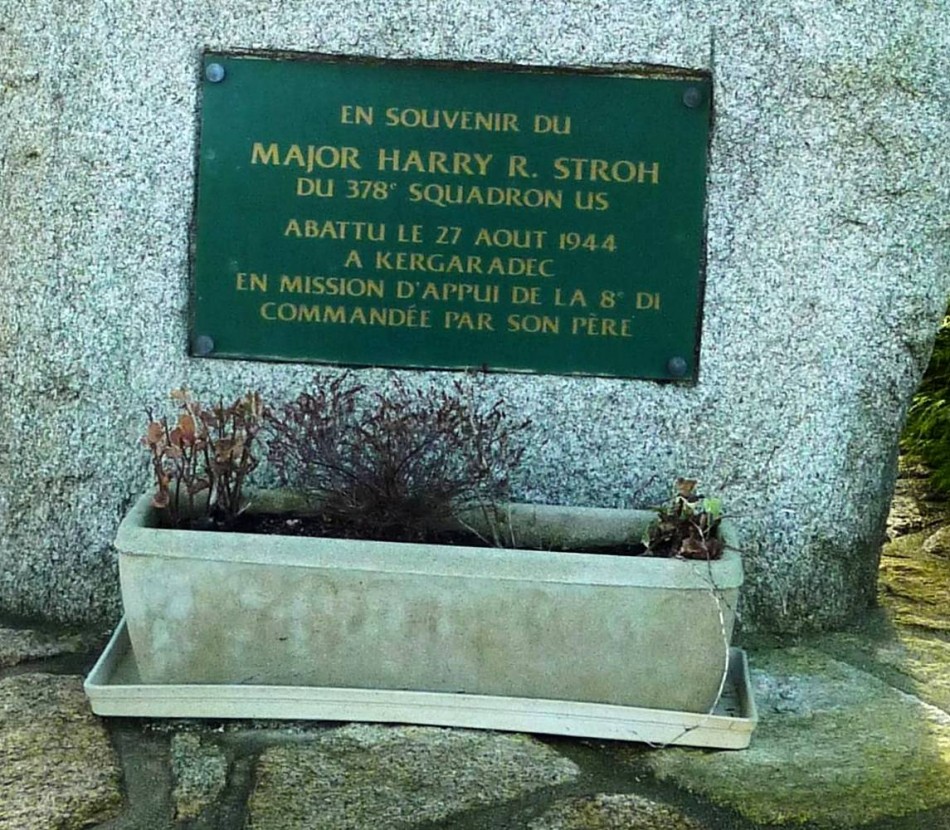