On the 17th September 2013 the Vice Chief of the Defence Staff-Air Chief Marshall Sir Stuart Peach unveiled a name change to the RAF Gibraltar Headquarters building from the Jaguar Building to the RenÃ© Mouchotte Building in honour of the French pilot.

Notified by : Keith Allden.   Record added 05/08/2014.
Photos : Cpl Scott Robertson RAF Command Photographer, HQBF Gibraltar.
The photos are under copyright. They may not be reproduced, modified, distributed in any support without prior permission.
You are free to make links to this page. 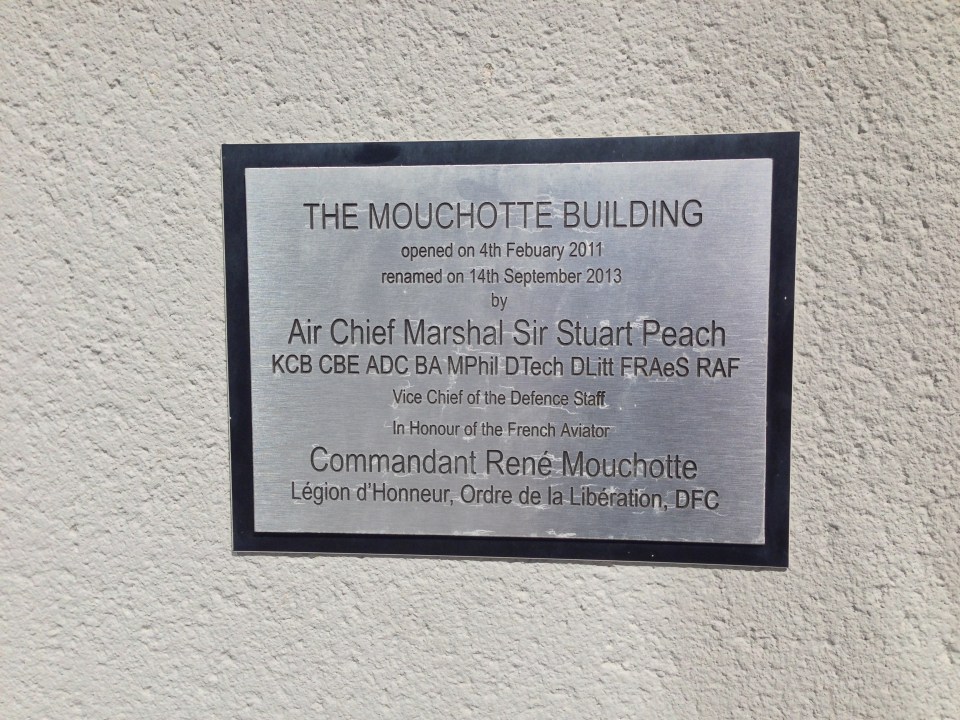