A clearing by the edge of the forest and the eastern side of the D773.
From Rennes take the D125 and D30 west then the D773 south. The monument is on the eastern side of the road, at the edge of the Paimpont forest.
This outstanding group of the army of the General Patton lived here in Point-Clos (base 31) in 1944: he was mentioned in order of airforce with attribution of the Croix de Guerre with palm on September 17th 1946.

In memory of the military and civilian victims that fell on this field near the towns of Gael (Ille et Vilain) and Concordet (Morbihan) from 1925 to 1955; especially those US, British, French, and German units that lived and fought on this base.

They that fought each other yesterday, today stand side by side in defense of our peace and liberty. 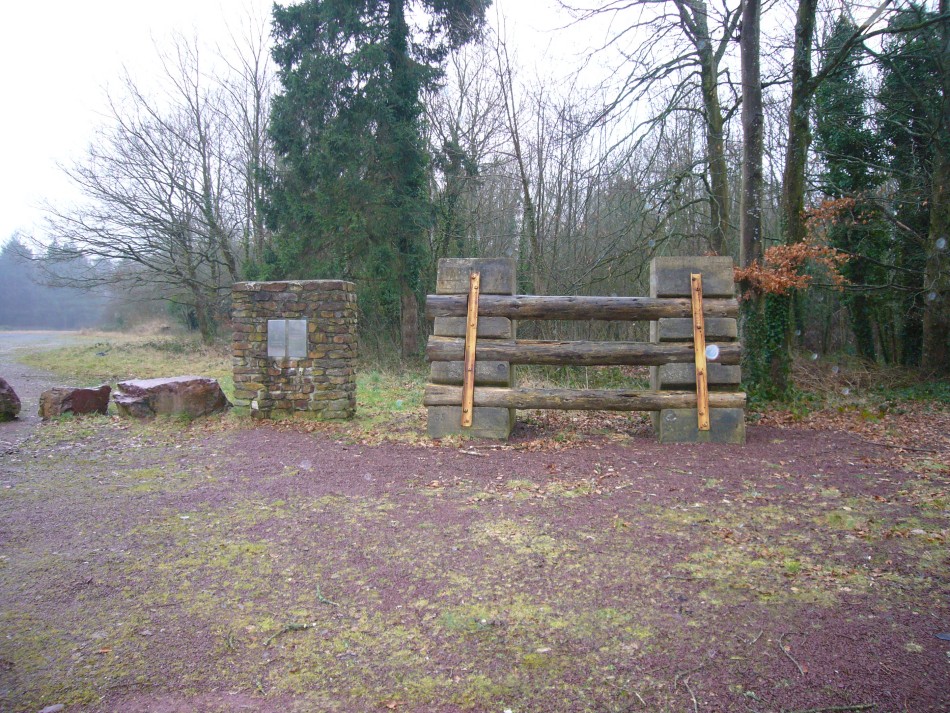 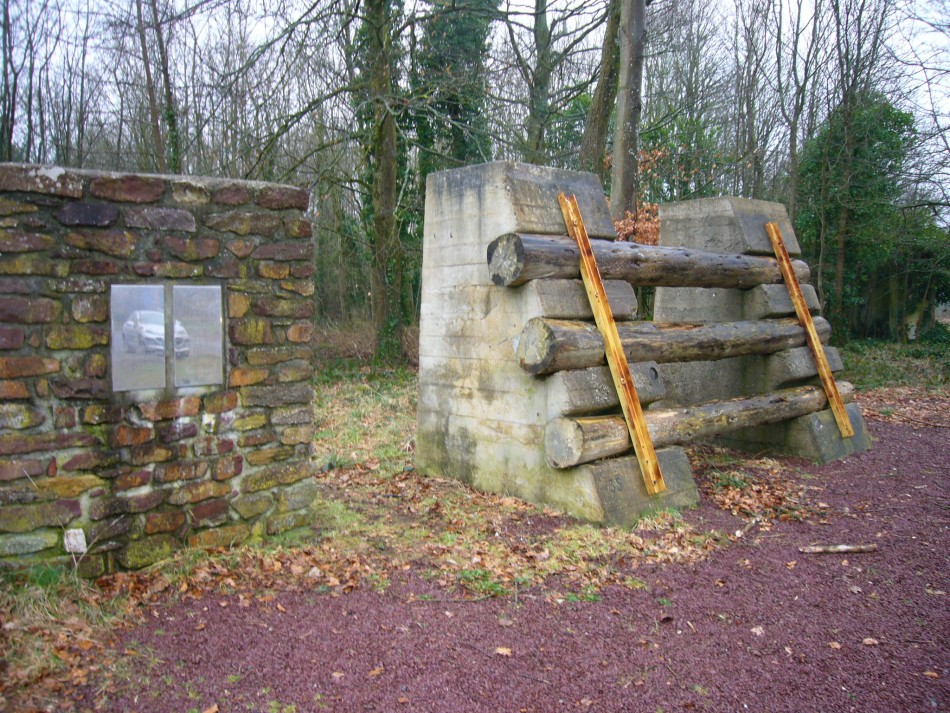 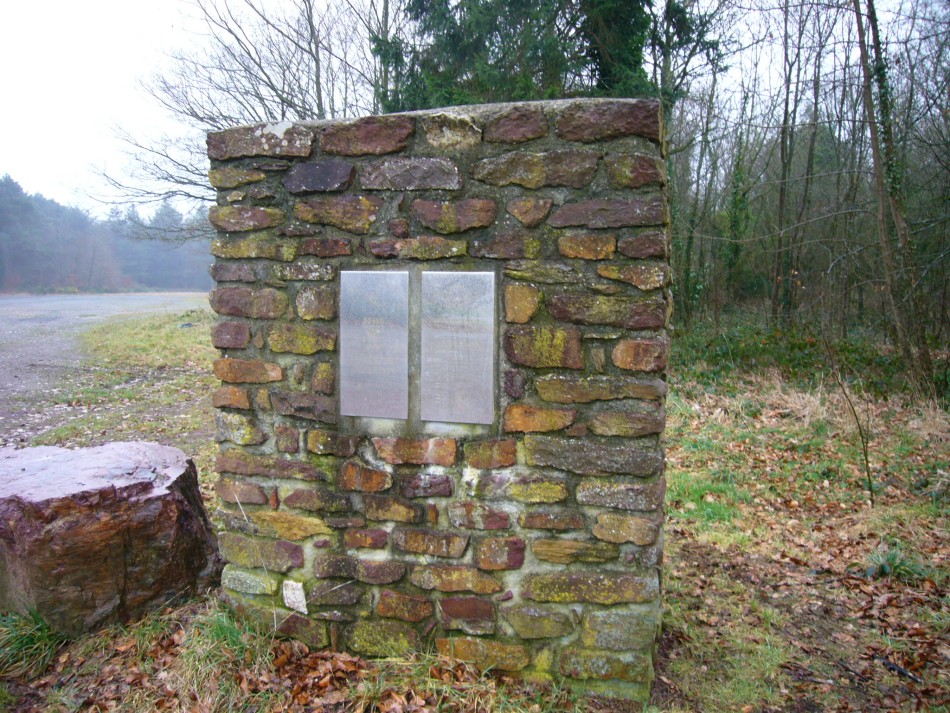 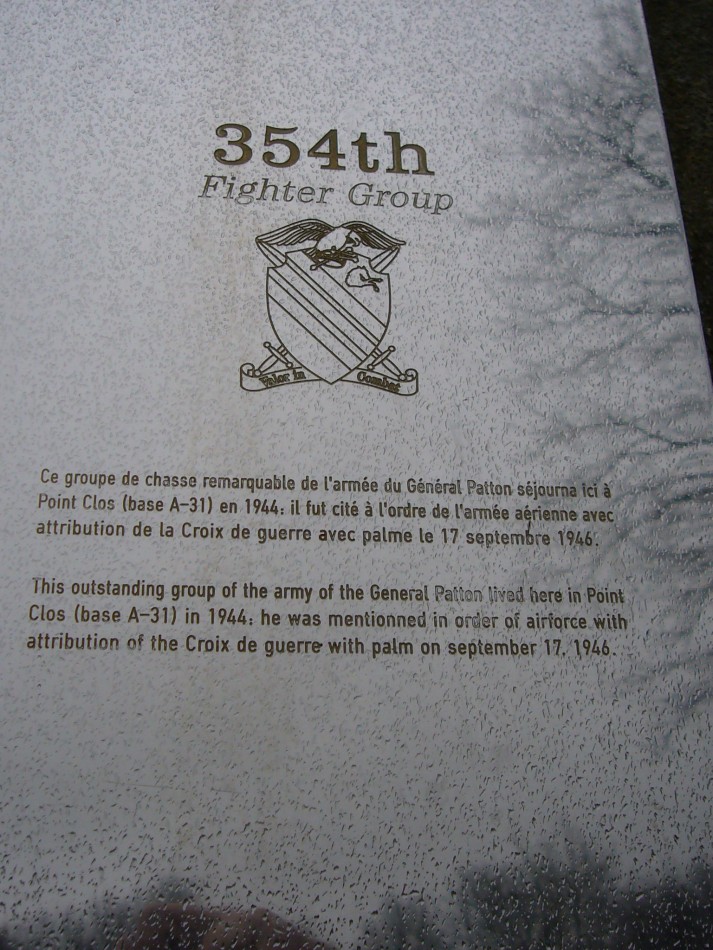 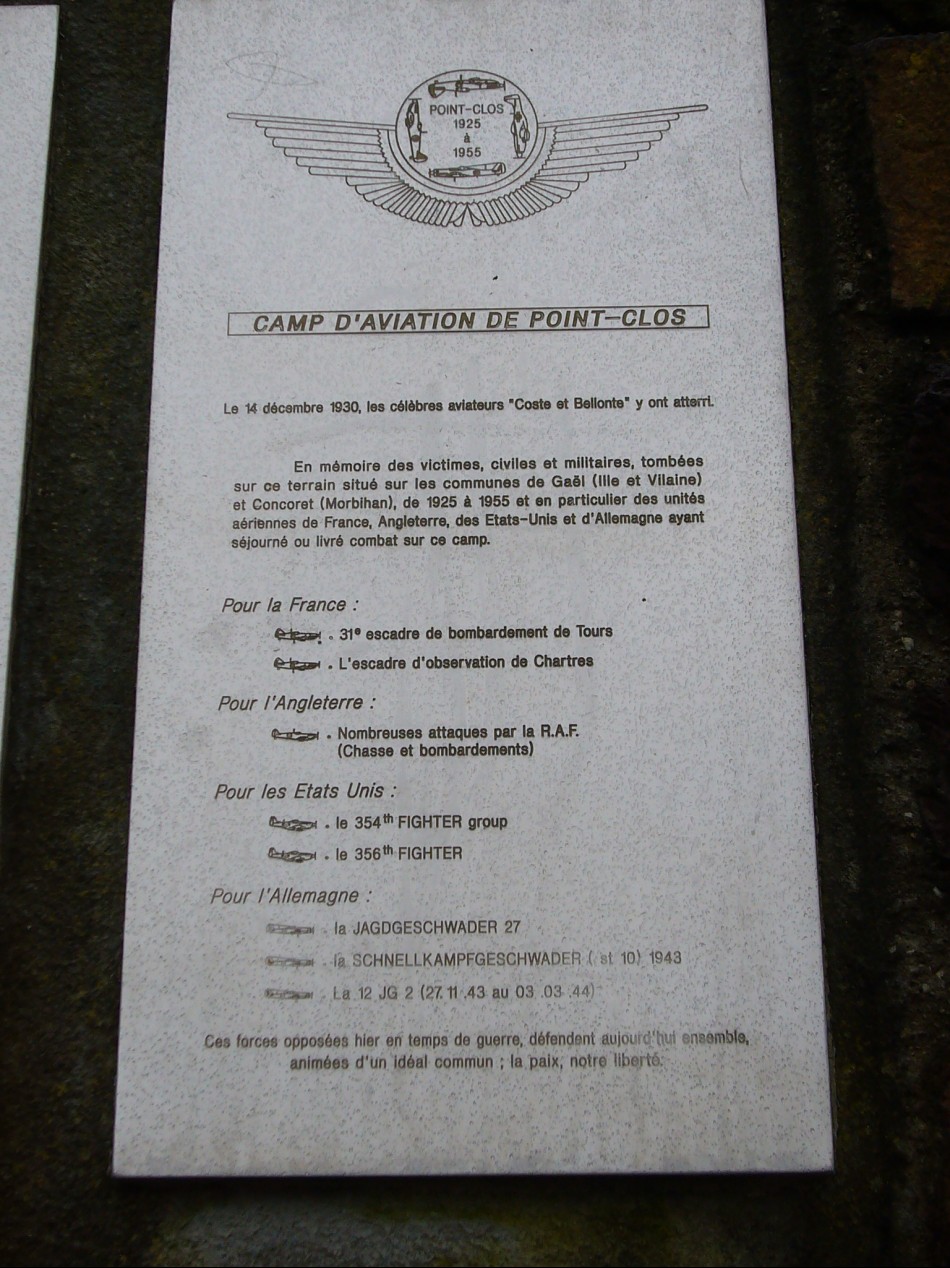