A hedged-off space by the western side of the Route de Dordives.
Head north on the N7 from Montargis to FerriÃĻres-en-GÃĒtinais. From there take the D96 north to Route de Dordives. Take the latter north to the five-way intersection and take the road immediately to the north of Route de Dordives. Follow it north and the monument is on the western side of the road.
Raised in memory of the eight allied aviators who died here on June 19th 1944 while supplying the Resistance with weapons.
Monico Fred
Ricard Henry
Niel John
Bova Joseph
Thompson Glen
Subert Robert
Lowery Fred
Hummel Jerome

Notified by : StÃĐphane Greiner.   Record added 18/12/2007.
Photos : StÃĐphane Greiner.
The photos are under copyright. They may not be reproduced, modified, distributed in any support without prior permission.
You are free to make links to this page. 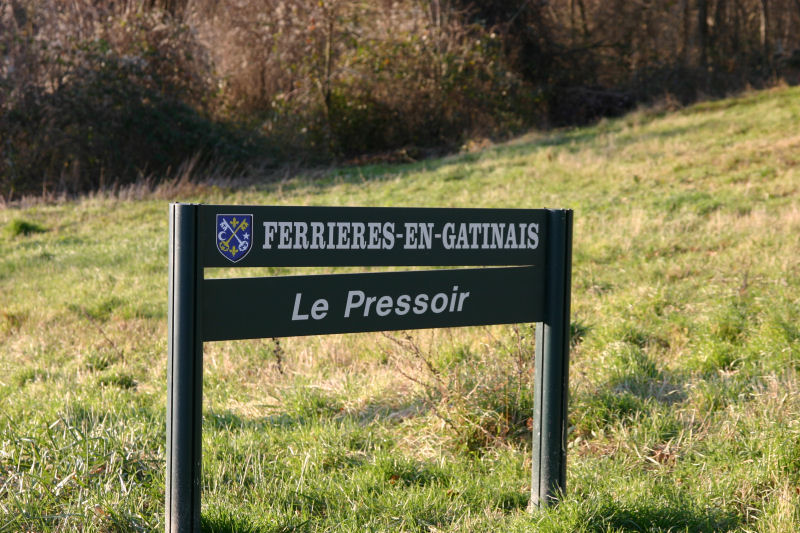 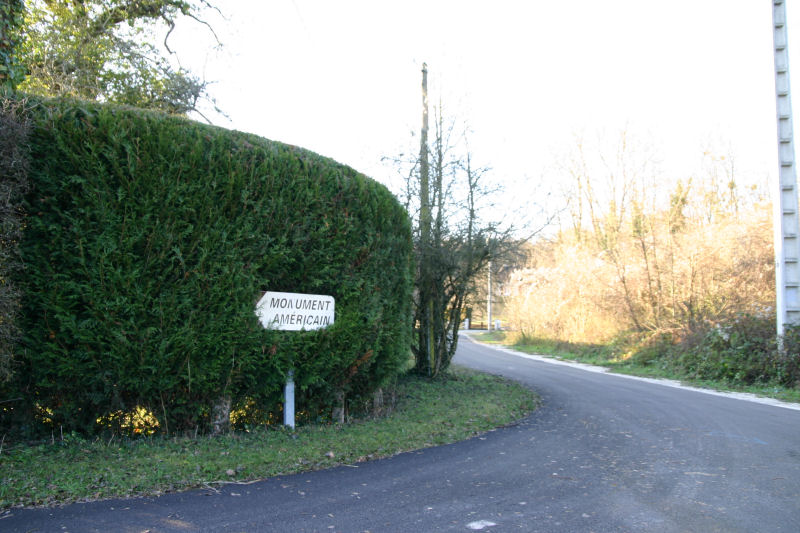 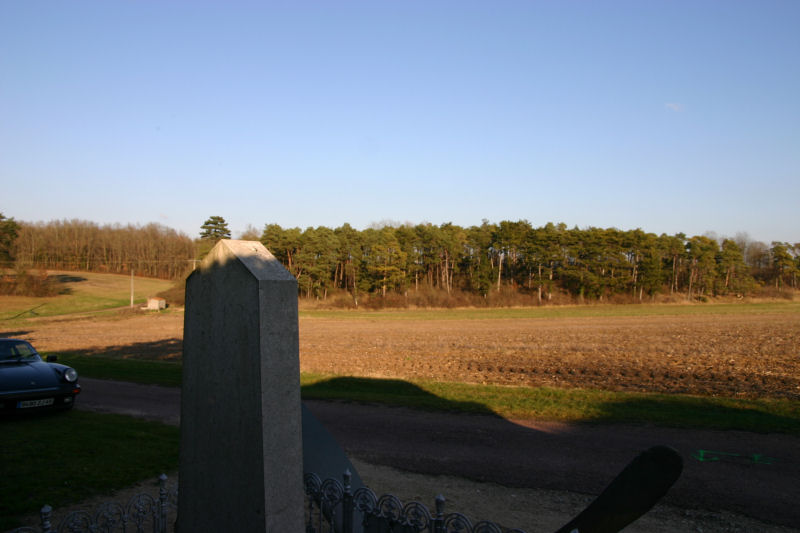 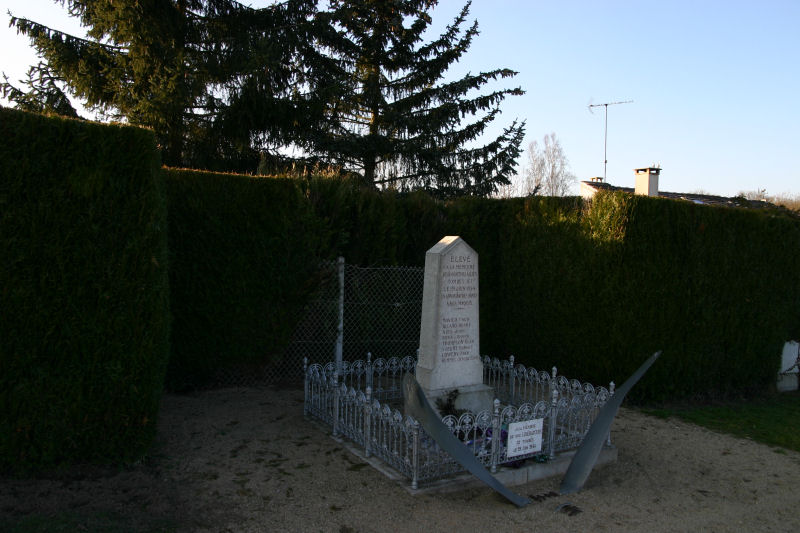 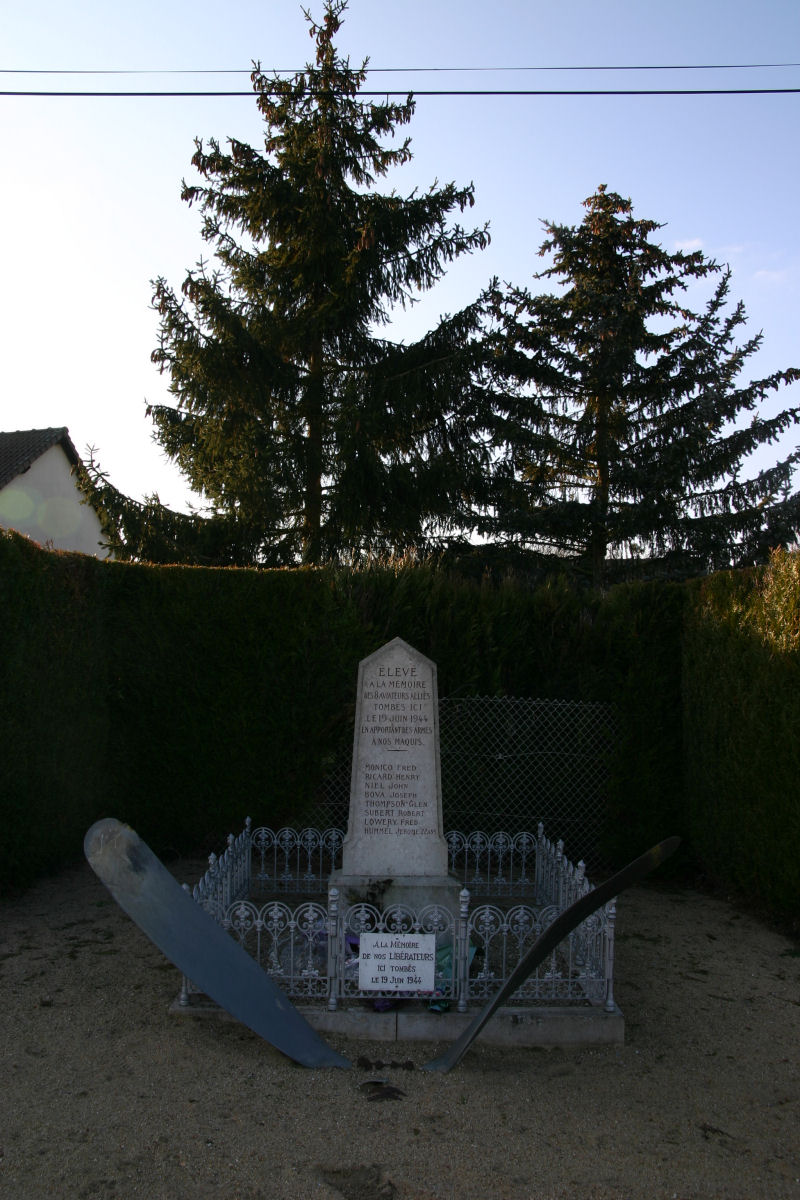 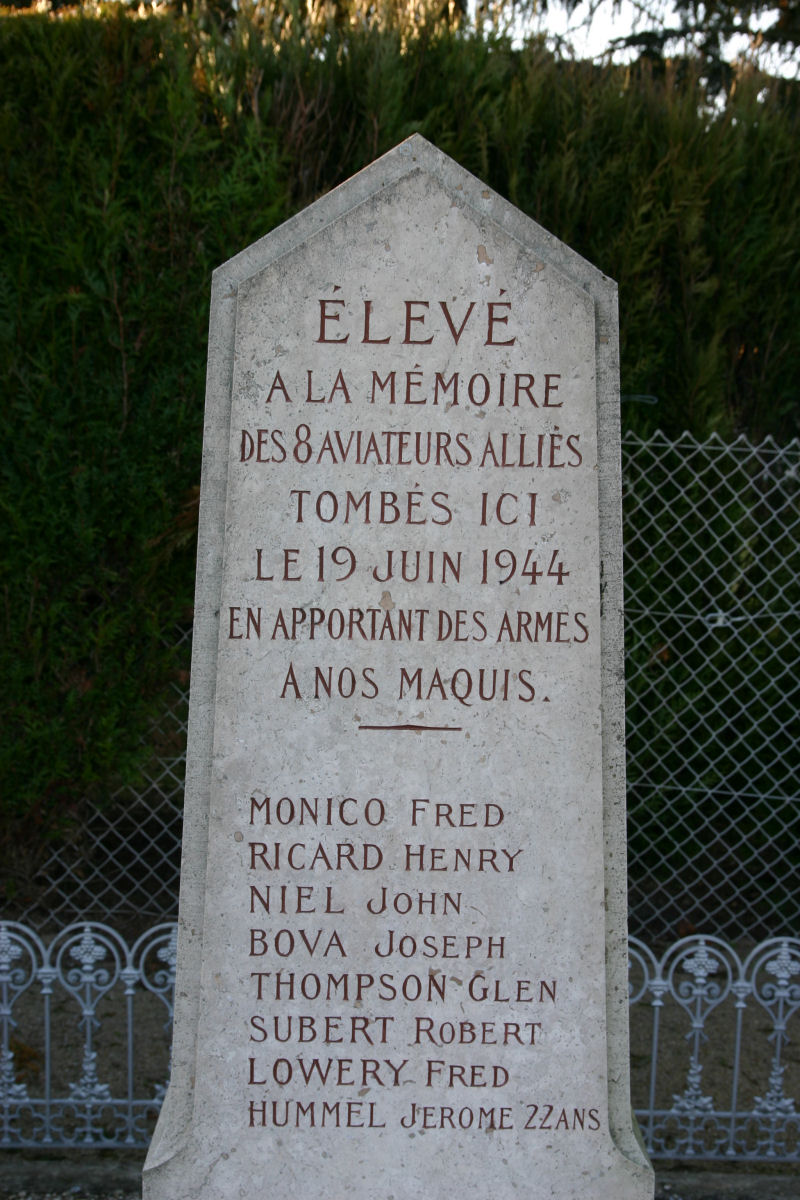 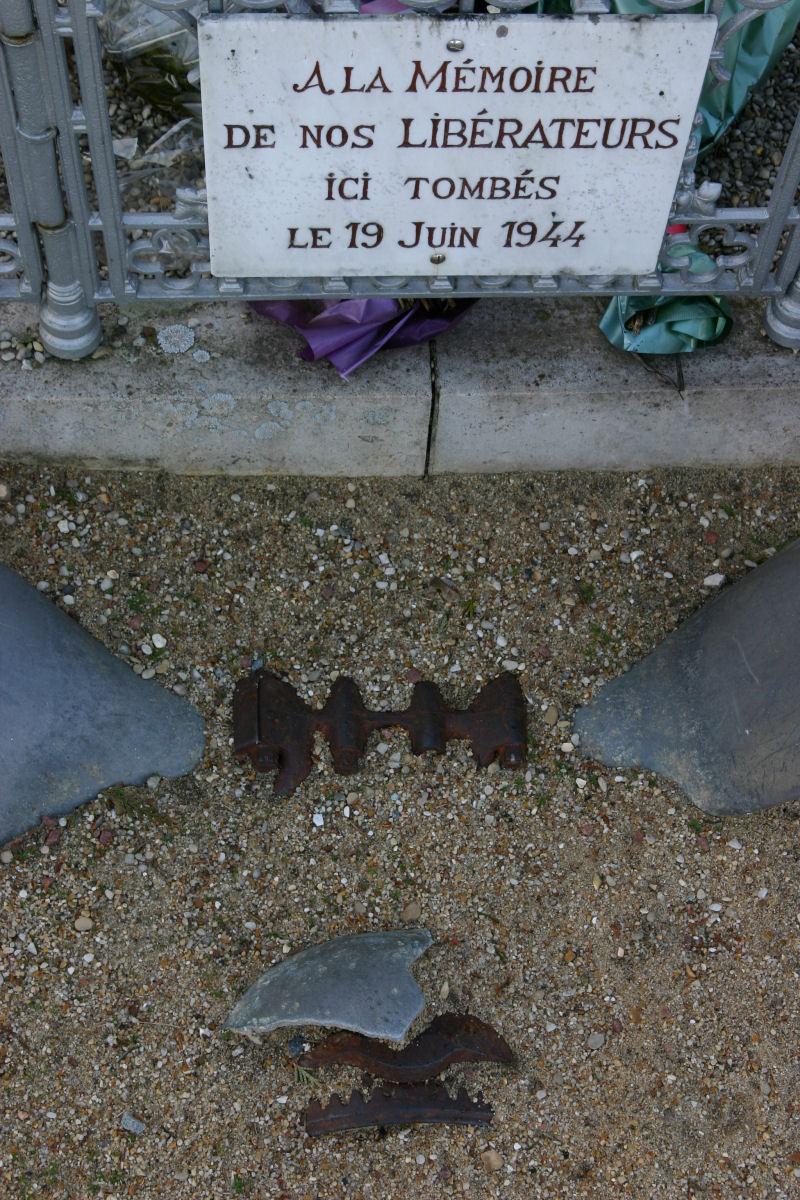 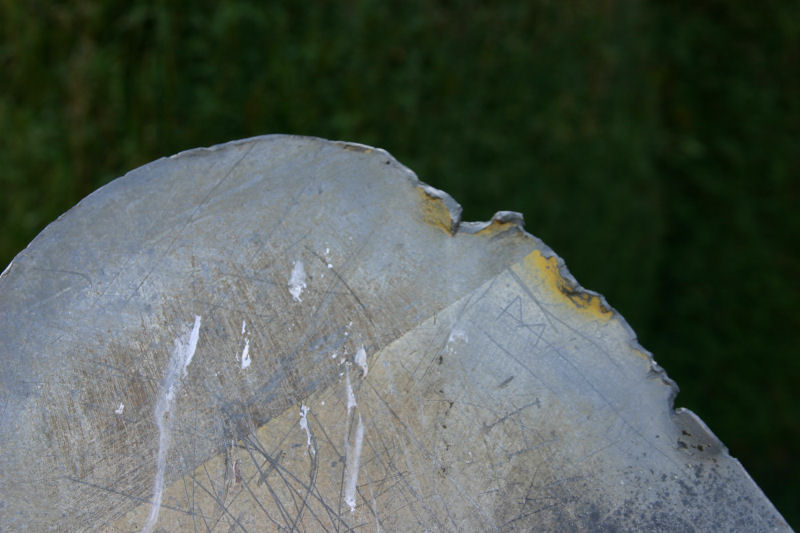