On the Echallon meadow, north of the town. From the D-13 north of the area called Le Cret, take the small road that leads to the Prairie d'Echallon.
The monument diverse actions and victims linked to the Resistance in the
region. A part is consecrated to the aid brought by the allies to the
resistance in the Ain and Haut Jura regions in 1943 and 1944 by air.
Colonel Richard Heslop (British)
Captain Owen-Denis Johnson (USA)
Captain Raymond Lajoie (French)
Lieutenant Marcel Veilleux (Canadian)
A plaque evokes the aid given by the Resistance and the inhabitants of the region to assist evading Canadian pilots.

Notified by : Marc Bonas.   Record added 05/02/2008.
Photos : Claude Petit.
The photos are under copyright. They may not be reproduced, modified, distributed in any support without prior permission.
You are free to make links to this page. 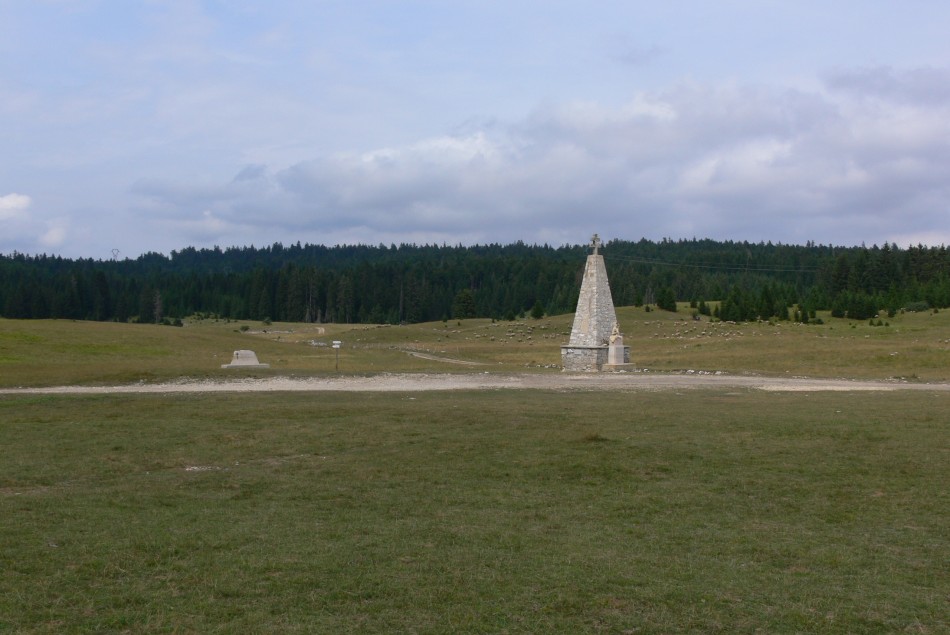 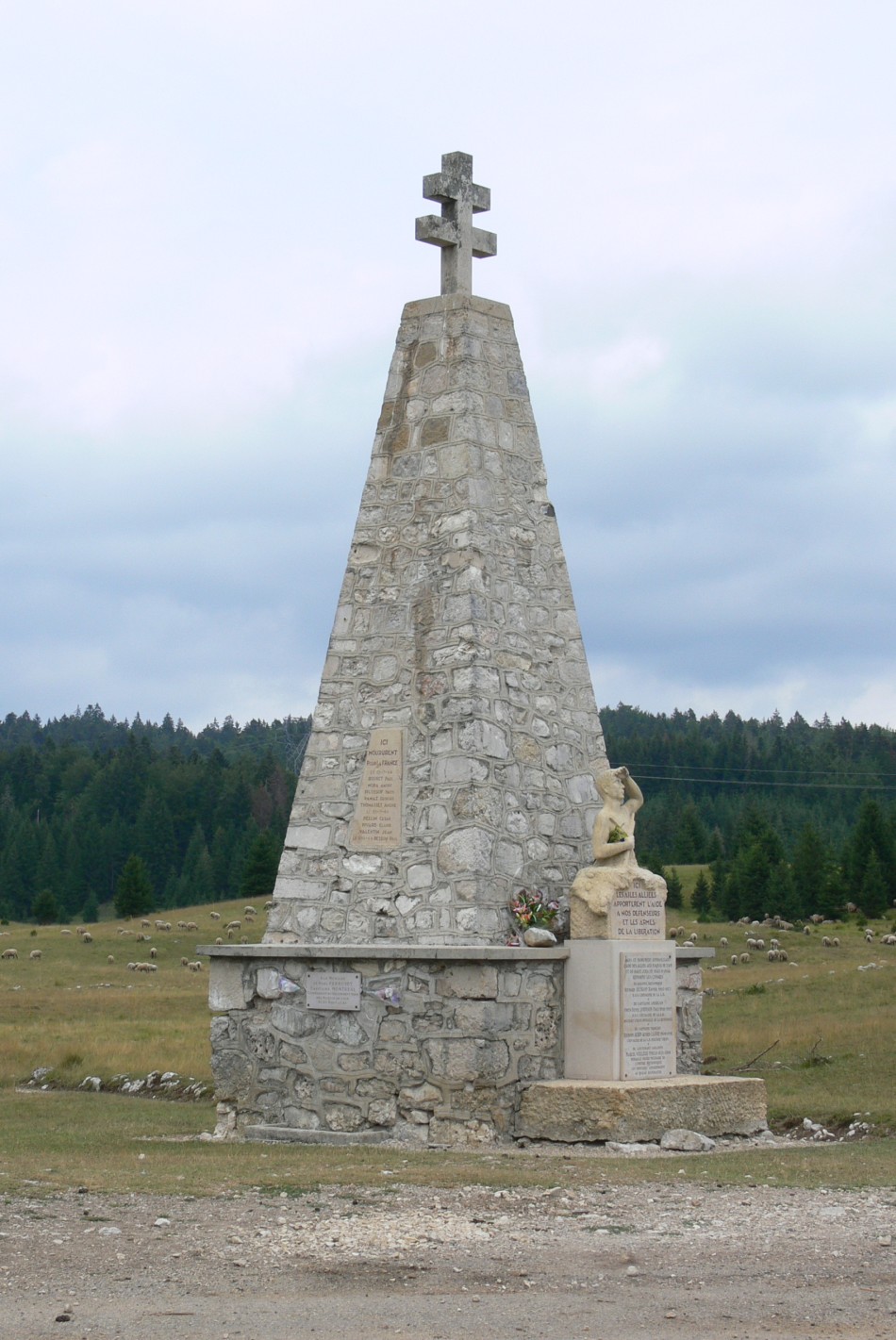 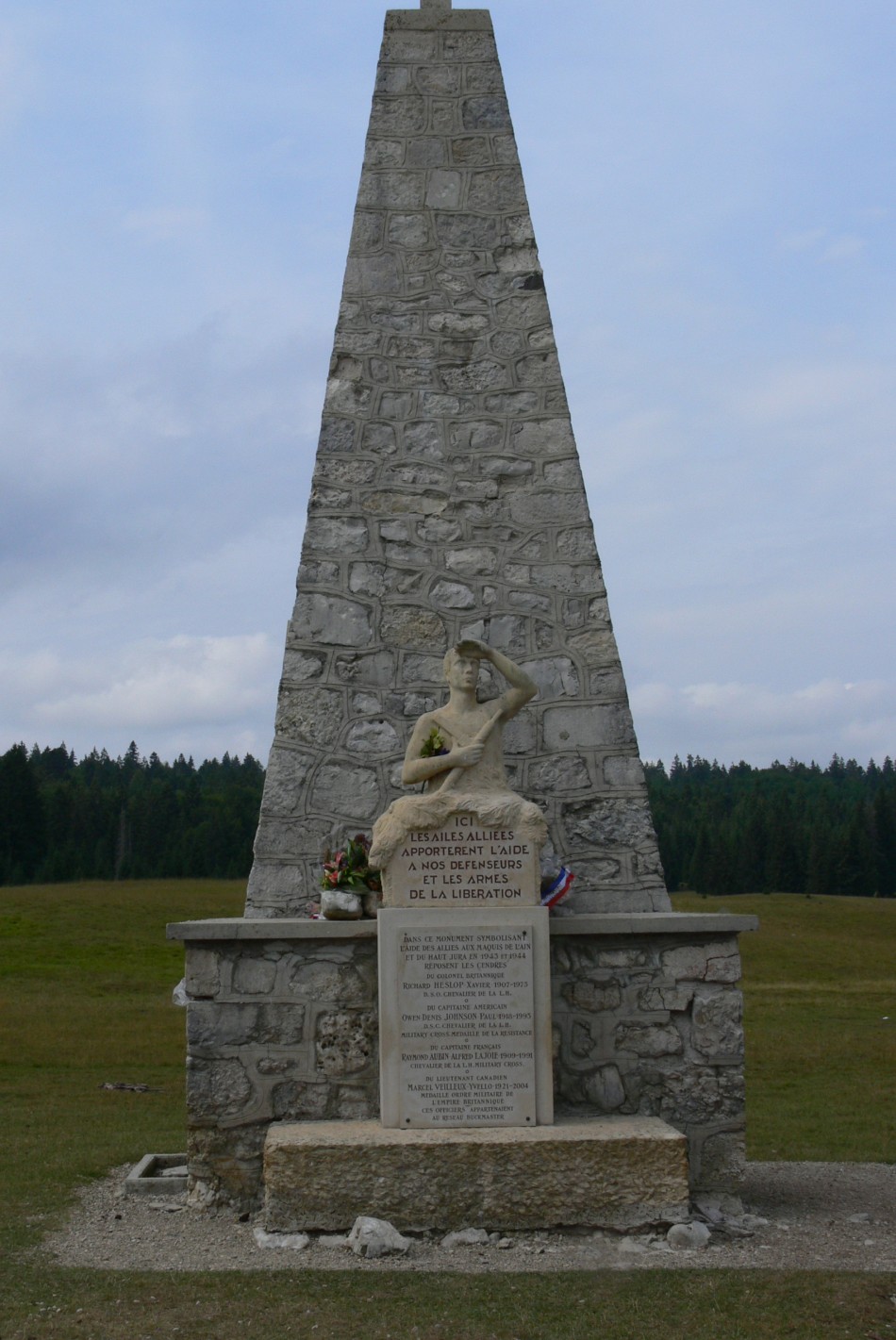 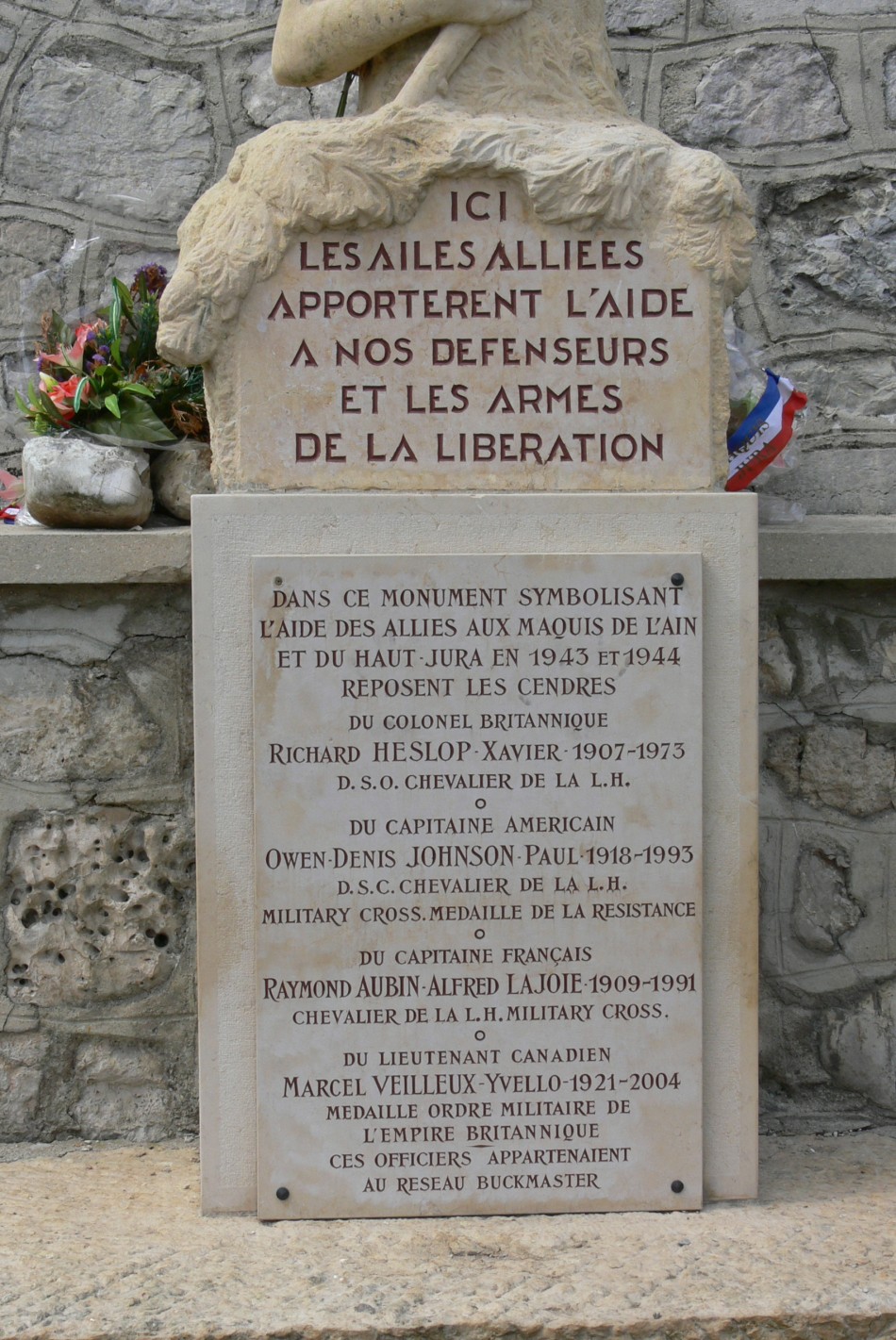