A monument by the D732 honoring a fallen American pilot.
From Livron-sur-Drome off the A7, head east on the D93A that merges into the D125 and then D93. Go past Crest to Aoust-sur-Sye. Take the D731 and subsequently D732 north past a golf course and keep going until you see the monument by the roadside.
In memory of Lt William T Russell, pilot in the 27th Fighter Group USAAF, who was killed on the Col des Limouches on February 21st 1945 while flying a P-47 Thunderbolt on a war mission.
Plaque inaugurated by the Rhodadienne Association for Aerial Commemorations in September 2006.

Notified by : Marc Bonas.   Record added 02/03/2008.
Photos : Claude Dannau.
The photos are under copyright. They may not be reproduced, modified, distributed in any support without prior permission.
You are free to make links to this page. 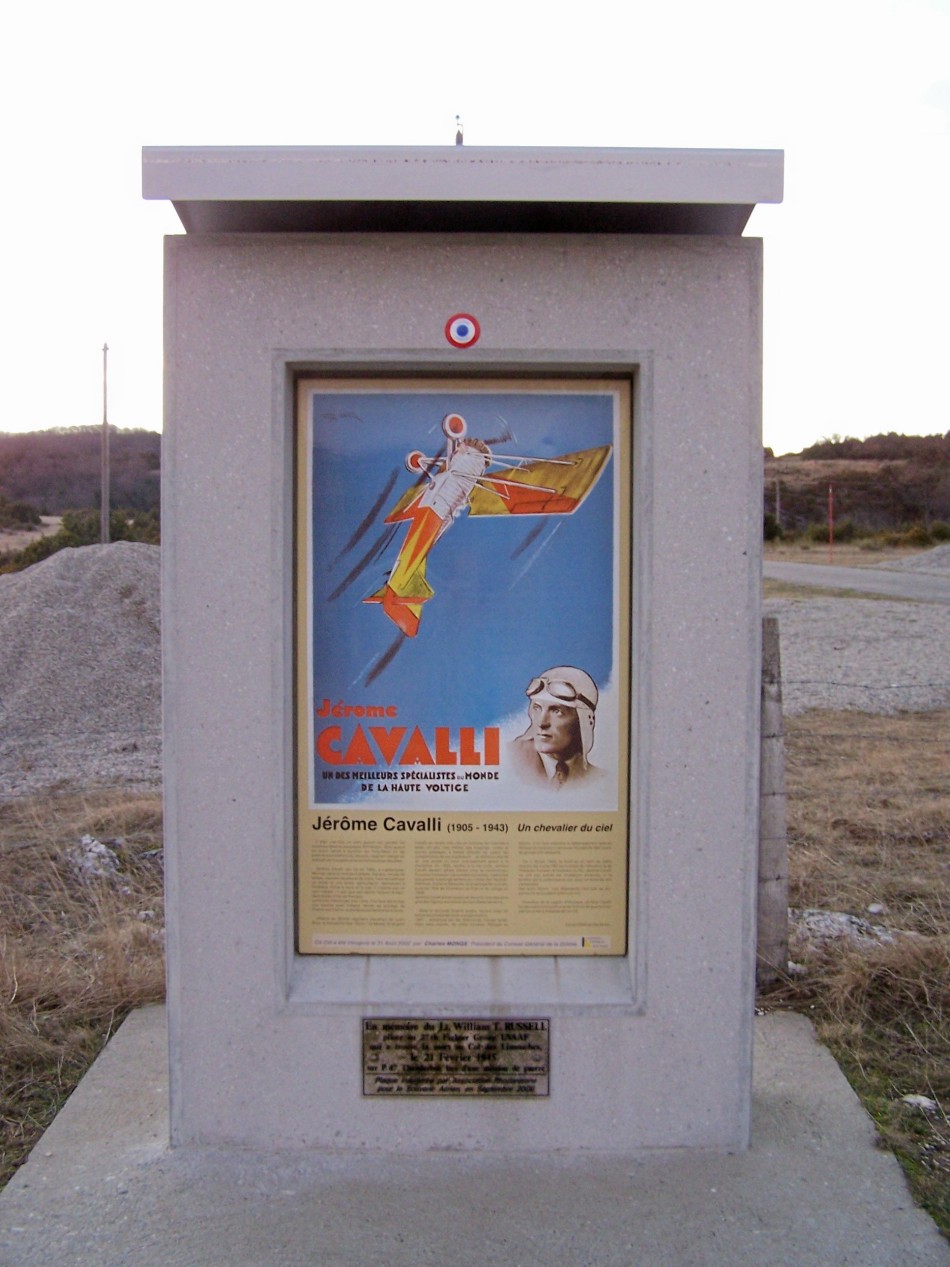 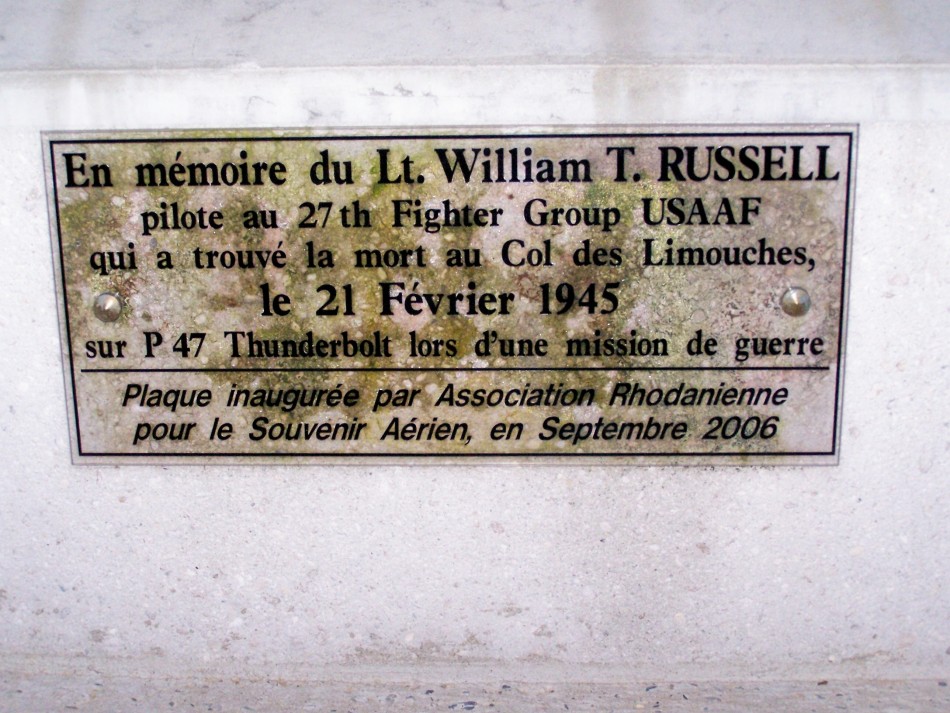