This statue is given to the inhabitants of Chateauroux and Deols, in memory of the places, we lived, worked, and studied. May the flame of our friendship keep burning!

From June 1951, as part of NATO's deployment, the US Air Force installed a materiel depot and repair station in Chateauroux Deols. 5000 American servicemen roamed the streets of Chateauroux, Deols, and the Chateauroux Air Station (CHAS). They left France in March 1967.

Notified by : Fabrice Loubette.   Record added 24/10/2010.
Photos : Yves Bardet (2010).
The photos are under copyright. They may not be reproduced, modified, distributed in any support without prior permission.
You are free to make links to this page. 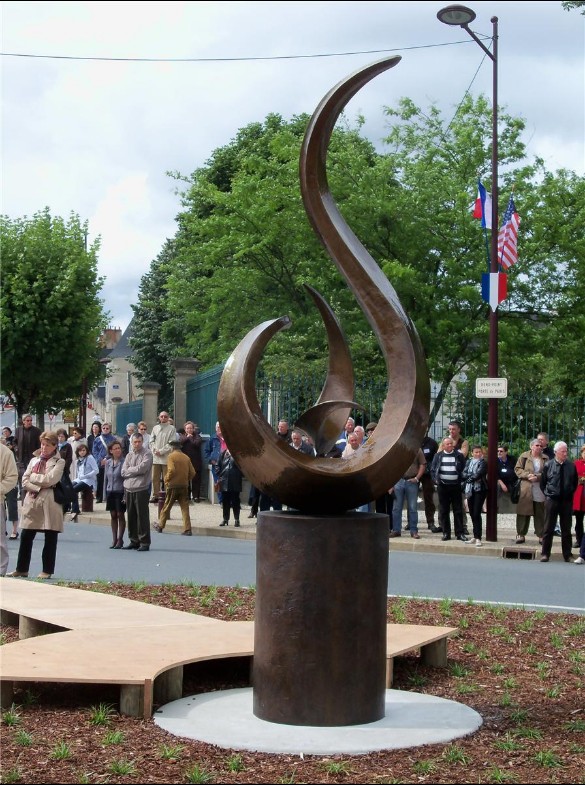 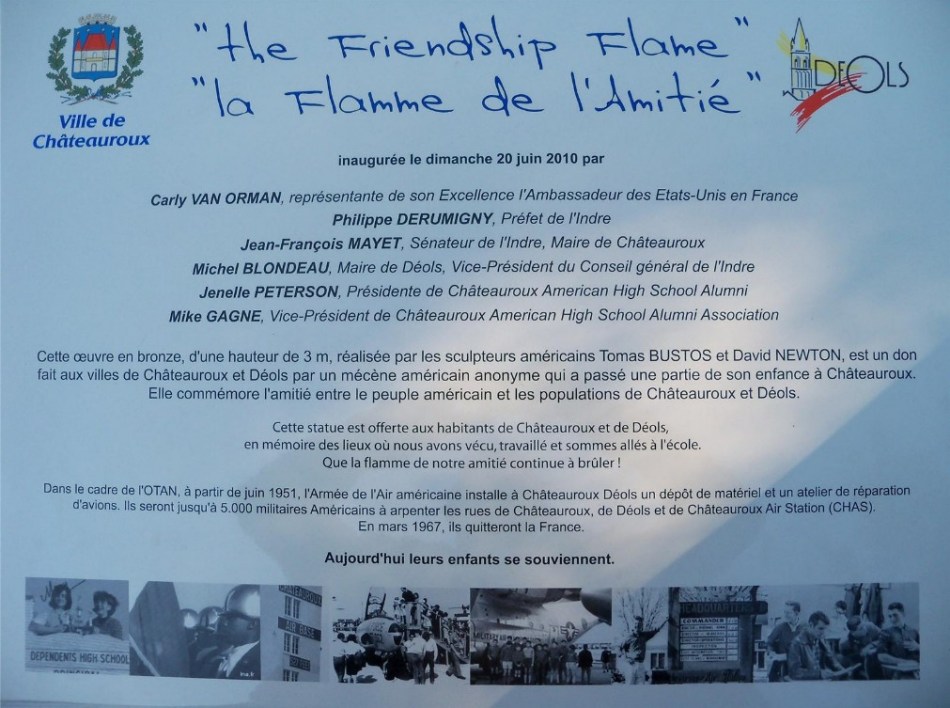 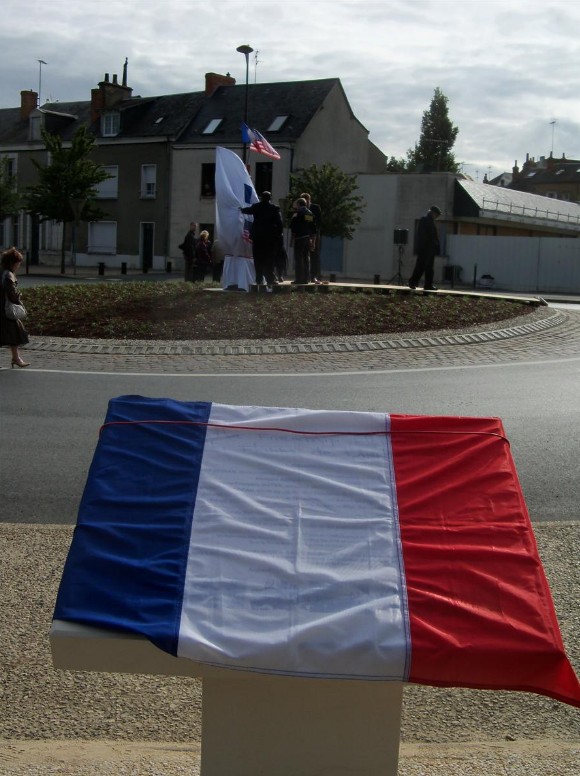 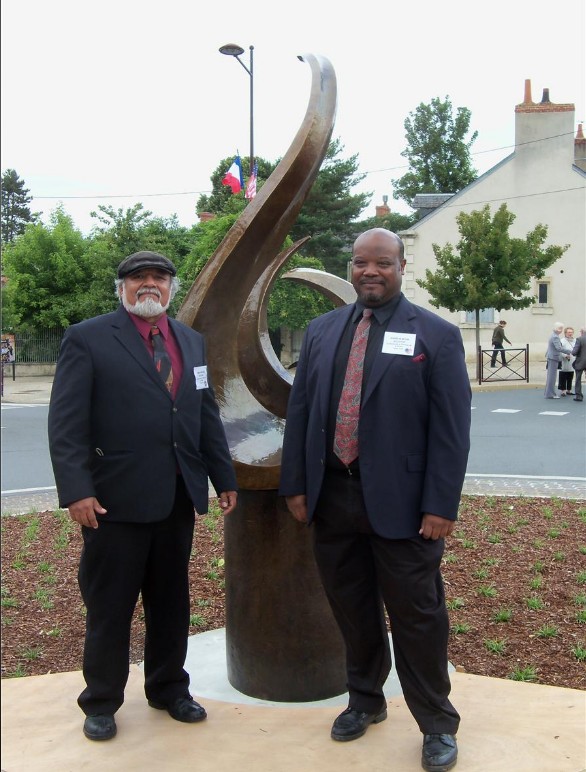 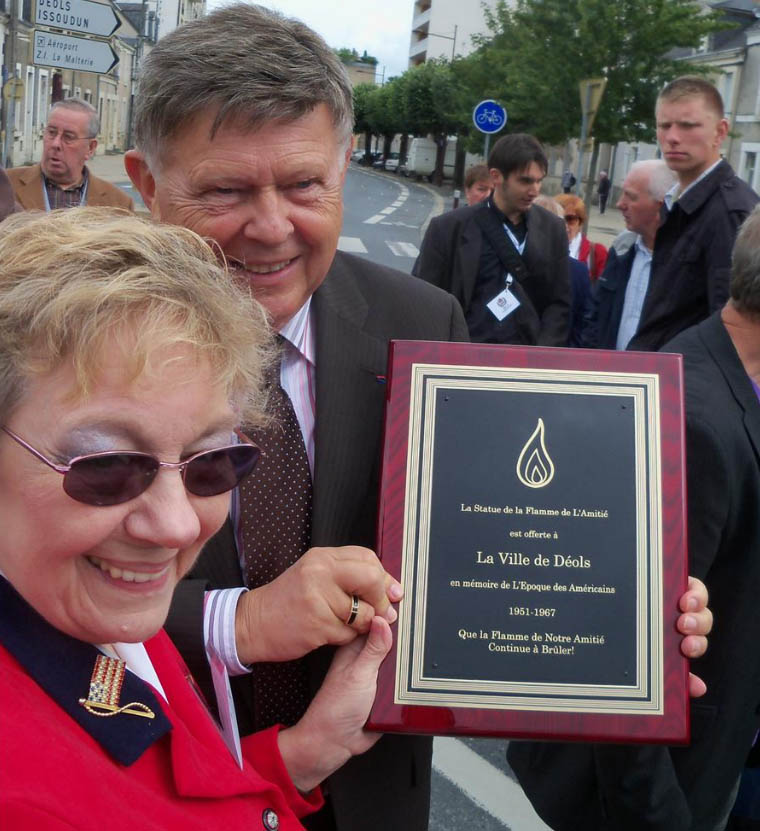