On the parade field of the 517th Supply Regiment's base is a memorial honoring the US Air Force.
North on the 151 take the D96 SE. Turn on the last right before roundabout joining the D925 west.
The US Air Force used this installation from March 1951 to March 1967 as a military base for the joint defense of the US and France. This plaque was given the US Air Force to the inhabitants of the Indre department as a sign of its friendship and support.

Notified by : Marc Bonas.   Record added 13/12/2007.
Photos : Alain Devaux.
The photos are under copyright. They may not be reproduced, modified, distributed in any support without prior permission.
You are free to make links to this page. 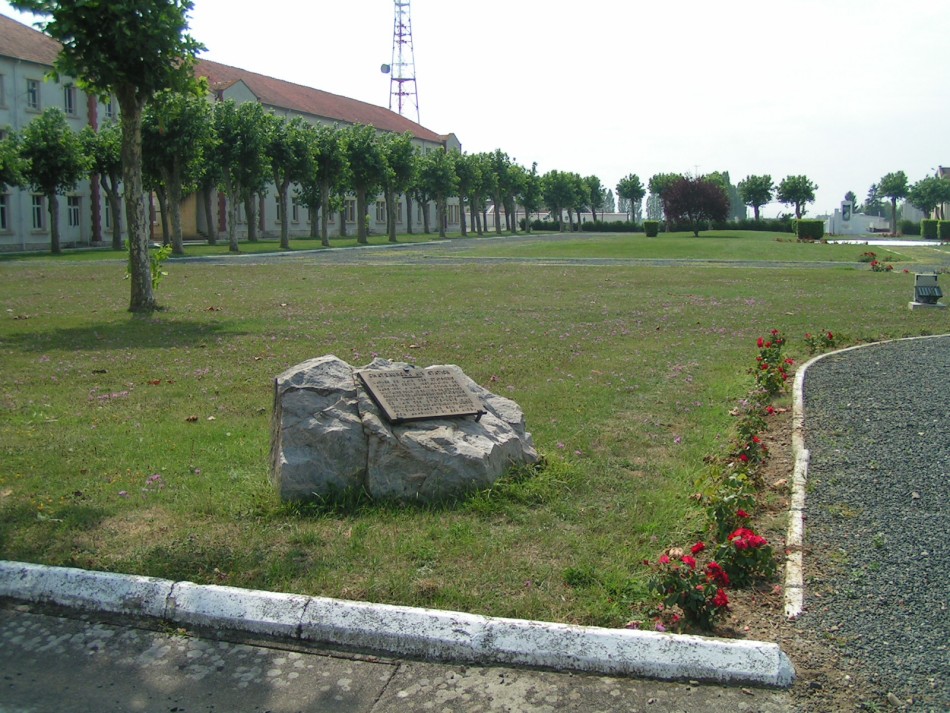 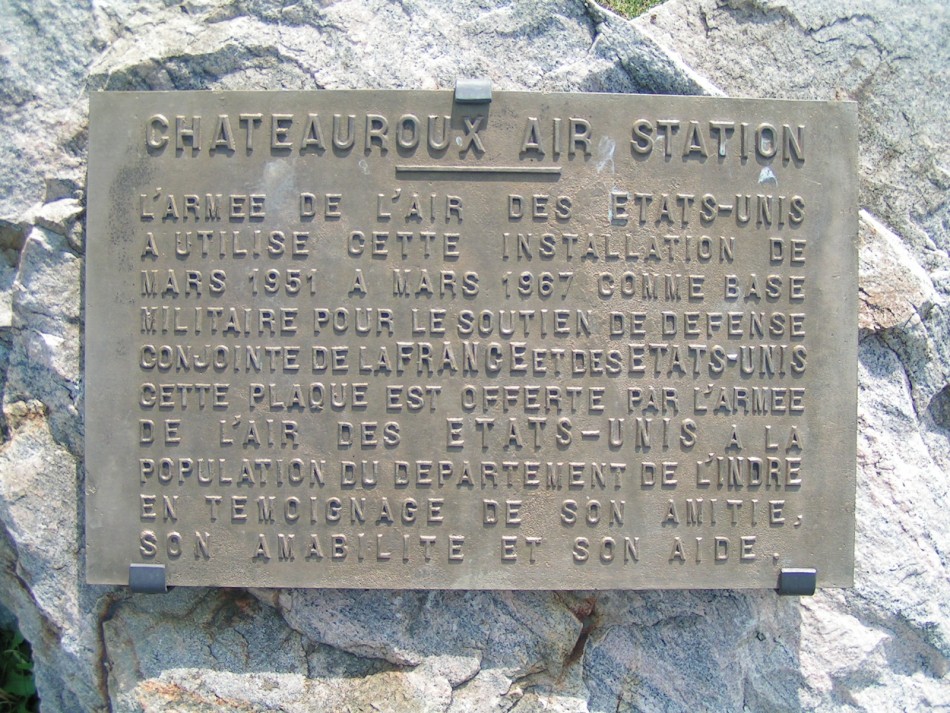