A dirt path NE of the D386.
Eastbound on the N136 north of Rennes take exit 15 onto the D97 and then follow the D386 south. The monument is on the NE side of the Rond Point de la Boulaie.
A boulder bearing a plaque commemorating two Lockheed P-38 Lightning pilots, Nô¯42-104065 of the 367ô¯ Fighter Group and Nô¯ 43-28473 of the 370ô¯ Fighter Group that died here.
June 6th 1944
The town of Cesson-Sevigne wanted to honor the courage of the Allied soldiers who sacrificed their lives in order to free France and Europe from Nazi tyranny by erecting this monument on the 50th Anniversary of the Normandy landings.
This monument is dedicated the memory of two young P-38 fighter pilots shot down by German AA fire in June of 1944 over Cesson-Sevigne.

Notified by : Cûˋdric Sauteraud et Bûˋnûˋdicte Vivien.   Record added 27/11/2008.
Photos : Cûˋdric Sauteraud (24/11/2008).
The photos are under copyright. They may not be reproduced, modified, distributed in any support without prior permission.
You are free to make links to this page. 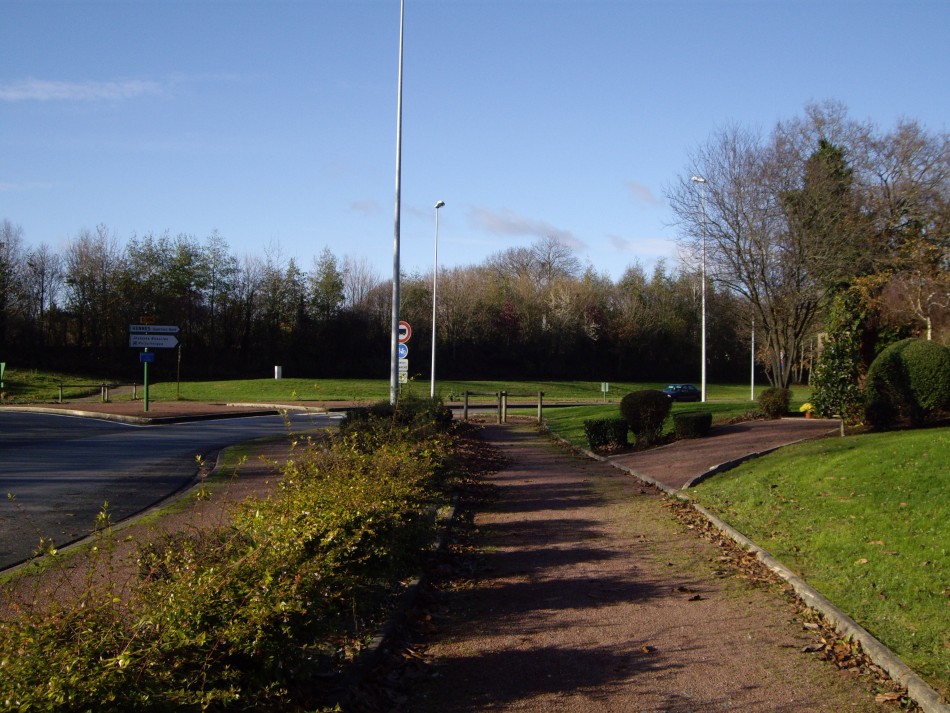 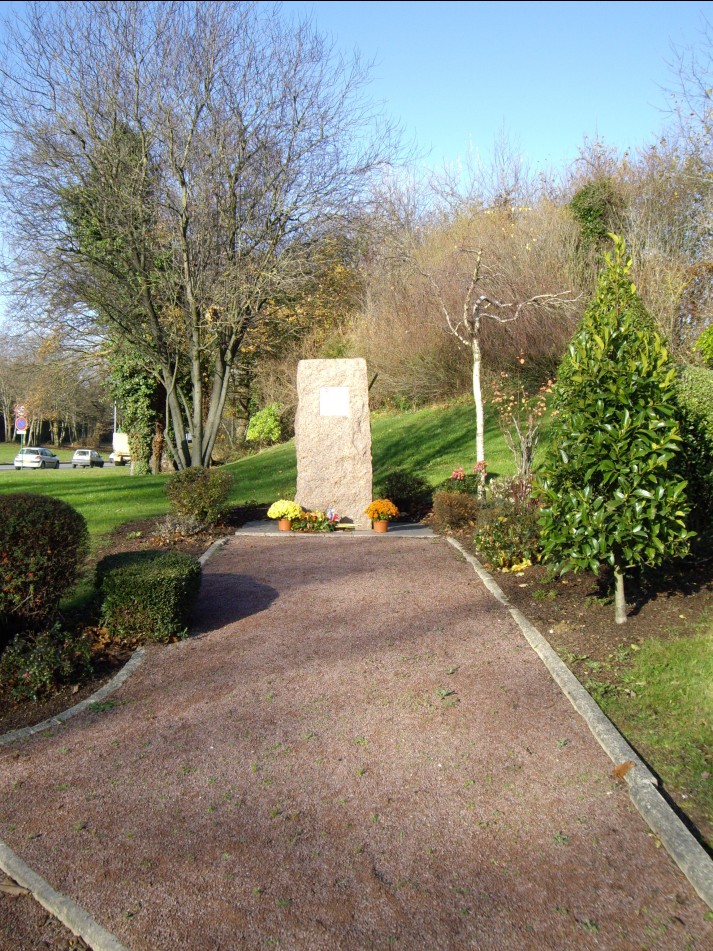 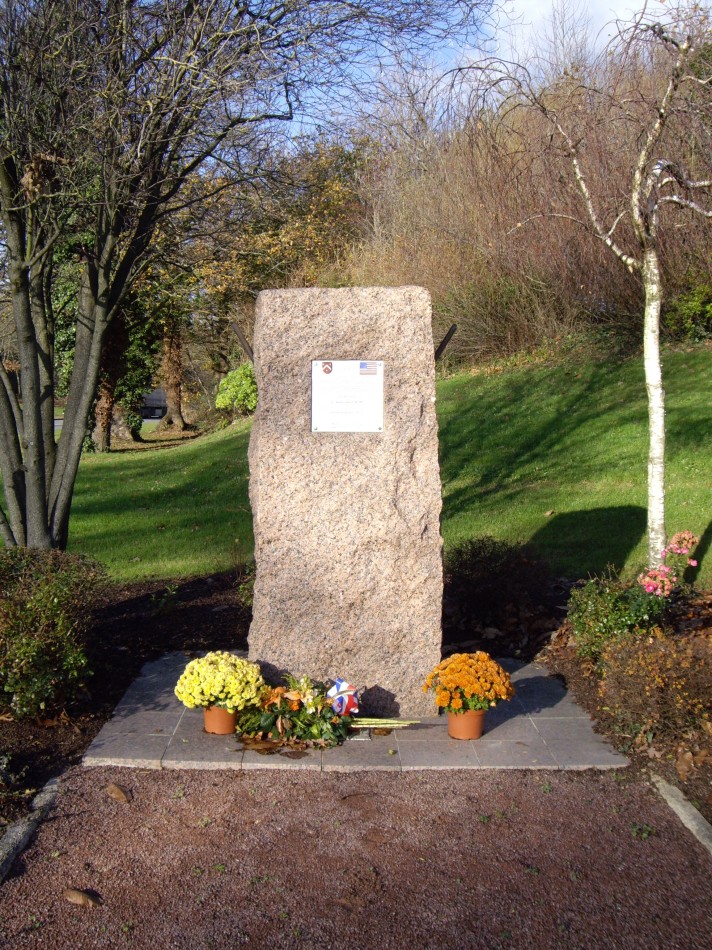 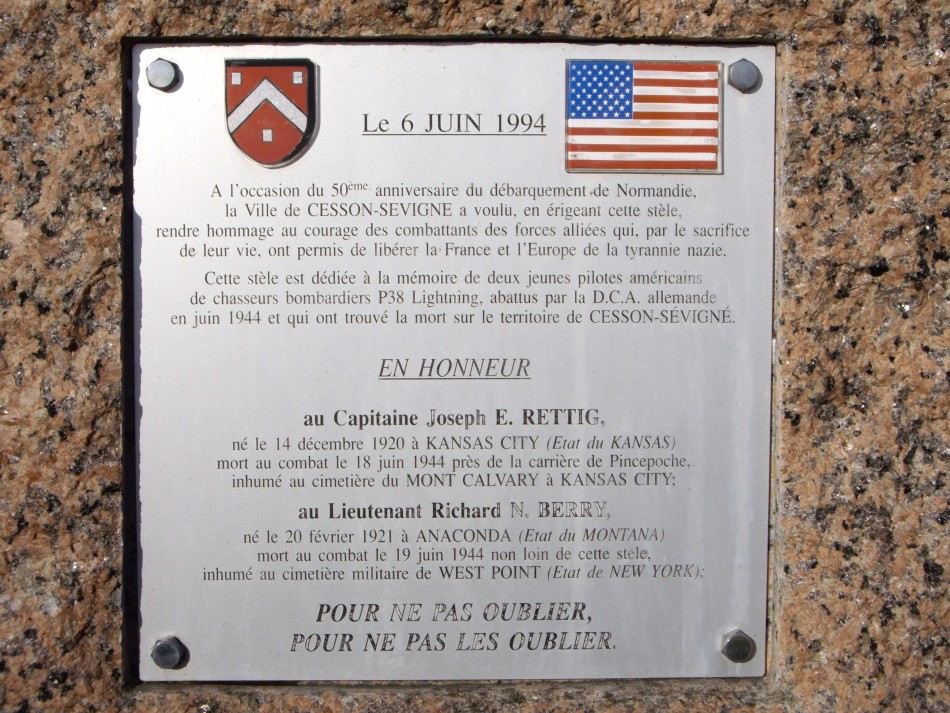