The SE roadside of the D67 at its T juncture with Bois des Tailles et Berlem.
Take the A26 NW from Reims and get off at Saint Quentin N on the D1. Get on the D1029 NW before turning on the D8 NE to Busigny. Once there (it will turn into the D21) turn E on the D67 and follow it SE to the T where the monument is.
In memory of my fellow crew members who perished in Busigny on January 29th 1944 John McCullough Sidney Mink Ned Moore [sic] Marcellus Wecks C. Clyde Richardson
An American bomber crashed here on January 29th 1944 coming back from a mission over Germany. Of the 10 crew members, John McCullough, Ned Moore, Sidney Mink, and Howard Weeks did not survive. This monument will preserve their memory.

The B-17F-45DL-42-3285-Q Â« Mary Ellen Â» of the 563rd BS 388th BG 3rd BD 8th AF was hit by flak over Busigny while returning from mission #198 over Frankfurt on January 29th 1944 a little before noon.
Six crewmen managed to jump (four were captured and two escaped, including Lt Richardson). Four were killed in the crash. The memorial was erected on the initiative of Col Clyde Richardson and the town to honor the dead crewmen.

Notified by : Michel Coste.   Record added 19/05/2009.
Photos : Michel Coste (05/2009).
The photos are under copyright. They may not be reproduced, modified, distributed in any support without prior permission.
You are free to make links to this page. 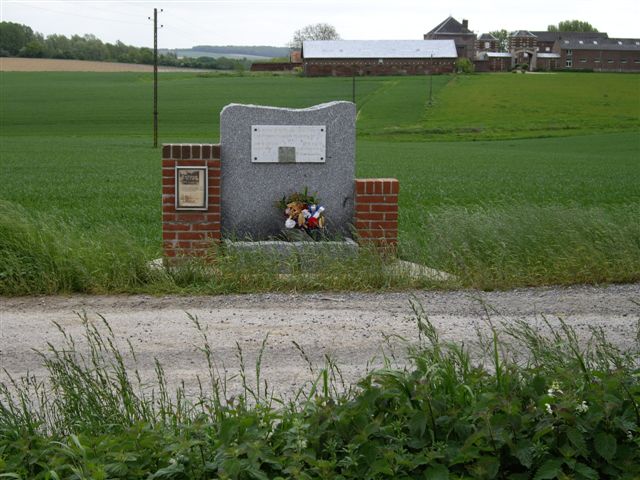 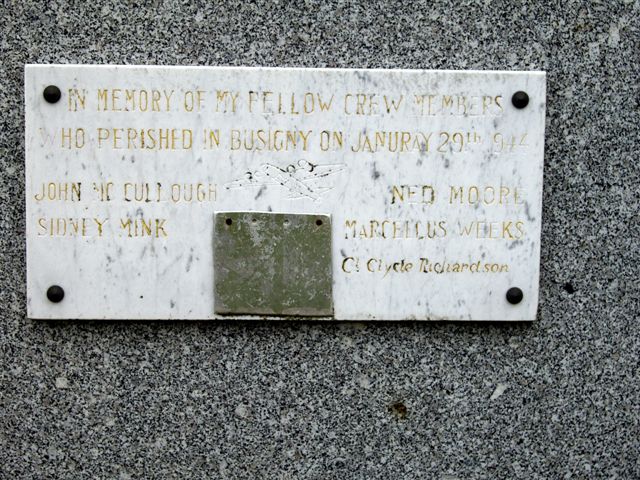 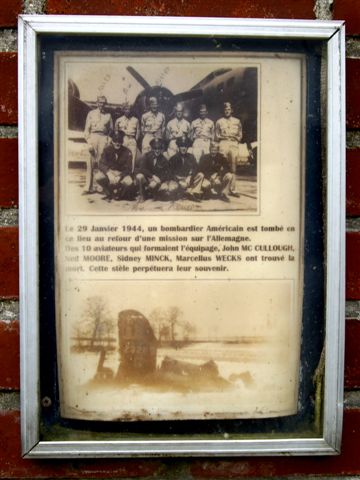