The eastern side of the road under a tree canopy.
From Rennes take the A84/N175 north to Avranches. Take the D973 NW then the D971 north until turning south on the D592. DO NOT turn east on the D592 keep going south. The monument is on the east side of the road right after that turn-off.
In memory of the Lieutenant Charles E. Stone - American aviator, 109th Tactical Squadron of the 67th Reconnaissance Squad of the 9th US Army Air Force, shot down on the 6th of June 1944 at Mesnil about 5:20 pm - and American soldiers, shot down the 30th of July 1944, Arthur D. Mutig, Berlin A. Fenton, of the General Robert W. Grow 6th Armored Division of the General George S. Patton 3rd Army.
Shot down gloriously for the Brehal liberation. Remember.

Notified by : Philippe Bauduin.   Record added 04/08/2008.
Photos : Philippe Bauduin (08/2008).
The photos are under copyright. They may not be reproduced, modified, distributed in any support without prior permission.
You are free to make links to this page. 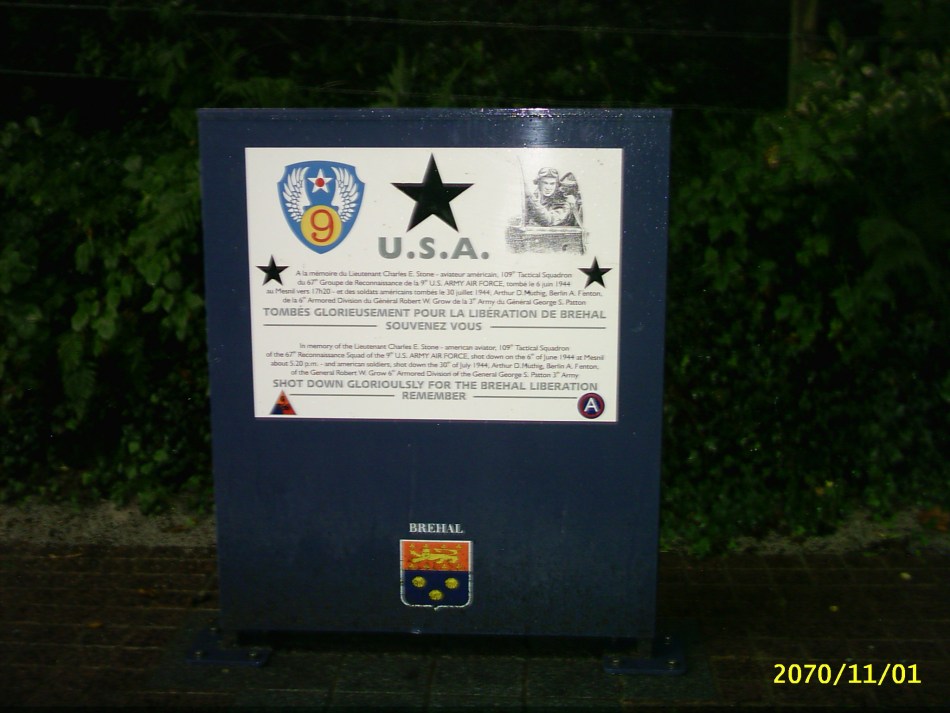 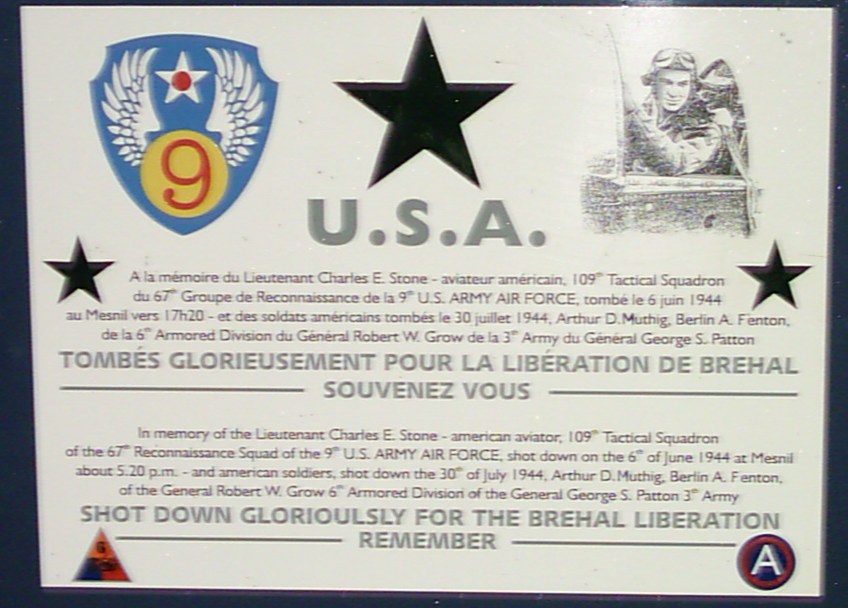